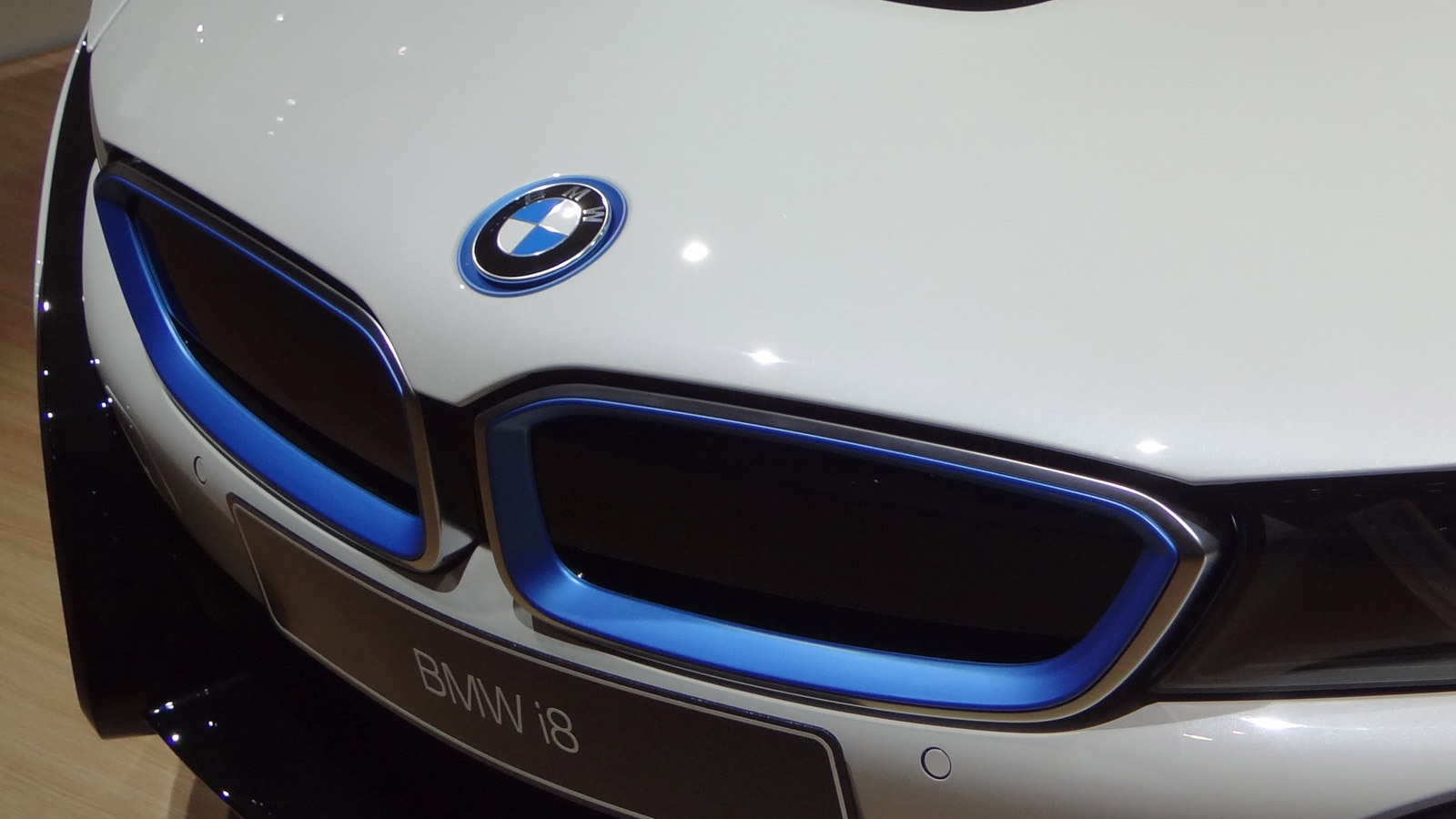 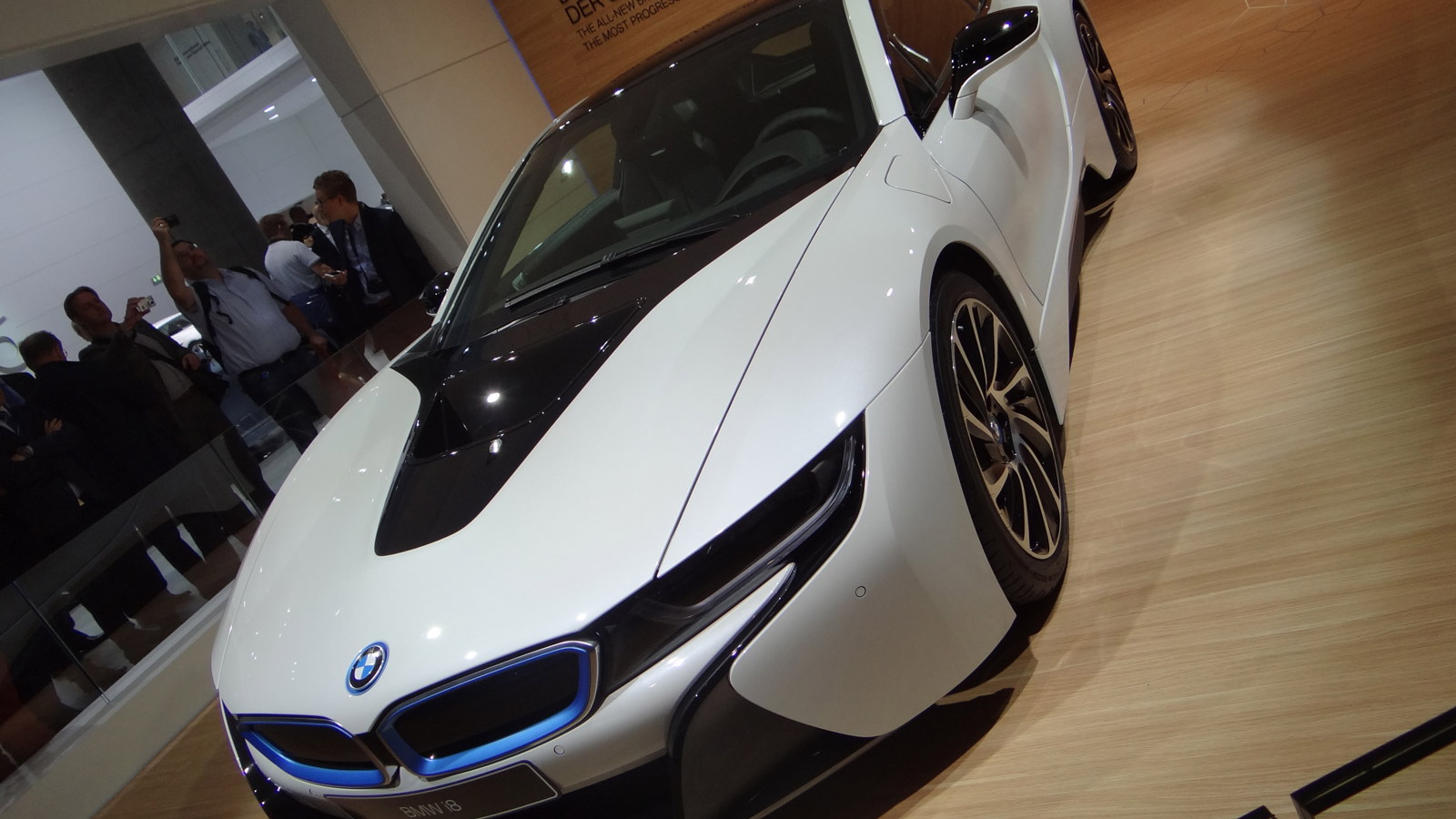 The 2015 BMW i8 plug-in hybrid sports car was finally unveiled this morning at the 2013 Frankfurt Auto Show. It joins the i3 electric city car as the second model in BMW’s line of “i” plug-in vehicles.

Like the i3, the i8 features a unique “LifeDrive” architecture consisting of a carbon-fiber reinforced plastic (CFRP) body riding on an aluminum platform that holds its running gear.

That running gear includes a 1.5-liter turbocharged three-cylinder engine, putting out 231 horsepower and 236 pound-feet of torque, mounted in the rear and driving the back wheels through a six-speed automatic gearbox.

An electric motor drives the front wheels. It’s rated at 96 kilowatts (131 hp) and 184 lb-ft of torque. Power comes from a 5-kilowatt-hour lithium-ion battery pack, mounted in the tunnel between the two seats.

Combined, gasoline and electricity produce 362 hp and 420 lb-ft. BMW says that will get the i8 to 60 mph in 4.5 seconds, and on to an electronically limited top speed of 155 mph.

The powertrain is helped by a low 3,285-pound curb weight and a drag coefficient of 0.26.

BMW’s first plug-in hybrid also has an electric-only range of 22 miles, as long as speeds are kept below 75 mph. That might be hard to do in such a gorgeous sports car.

The production model has changed little from the Vision Efficient Dynamics and 2011 Frankfurt concept cars it is based on, with the same swooping lines and upward-opening doors.

See what else is going on at the 2013 Frankfurt Auto Show on Green Car Reports.