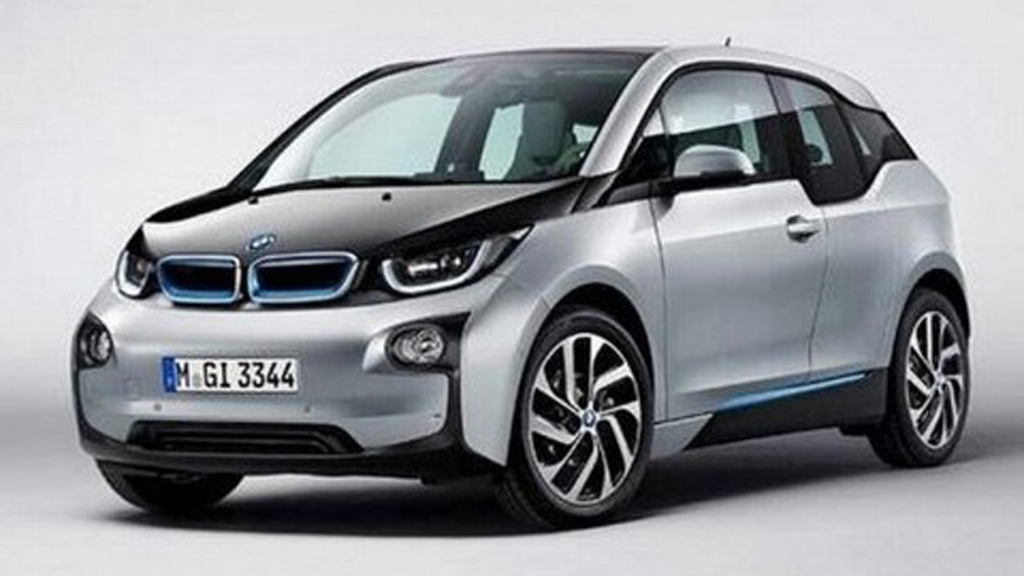 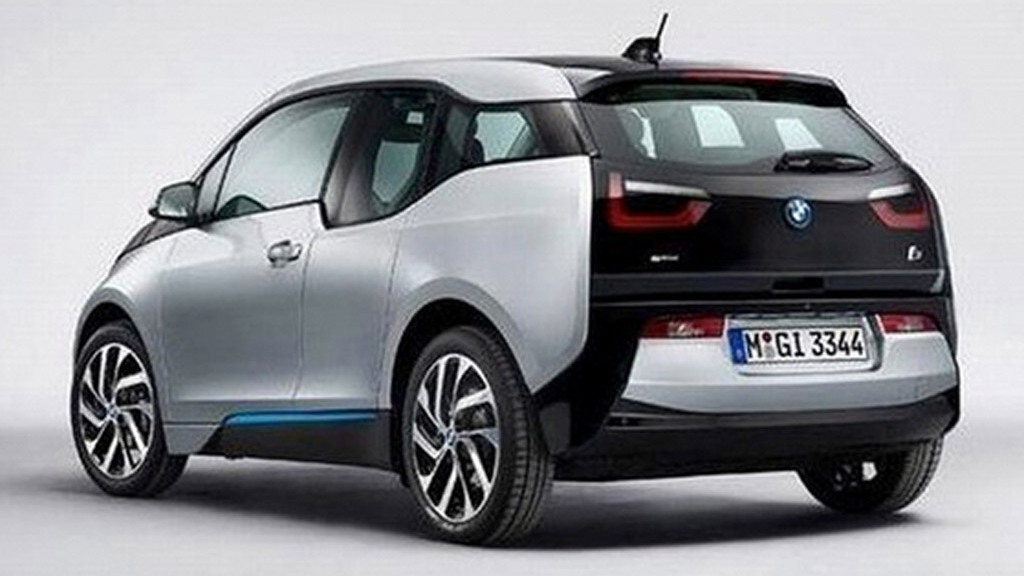 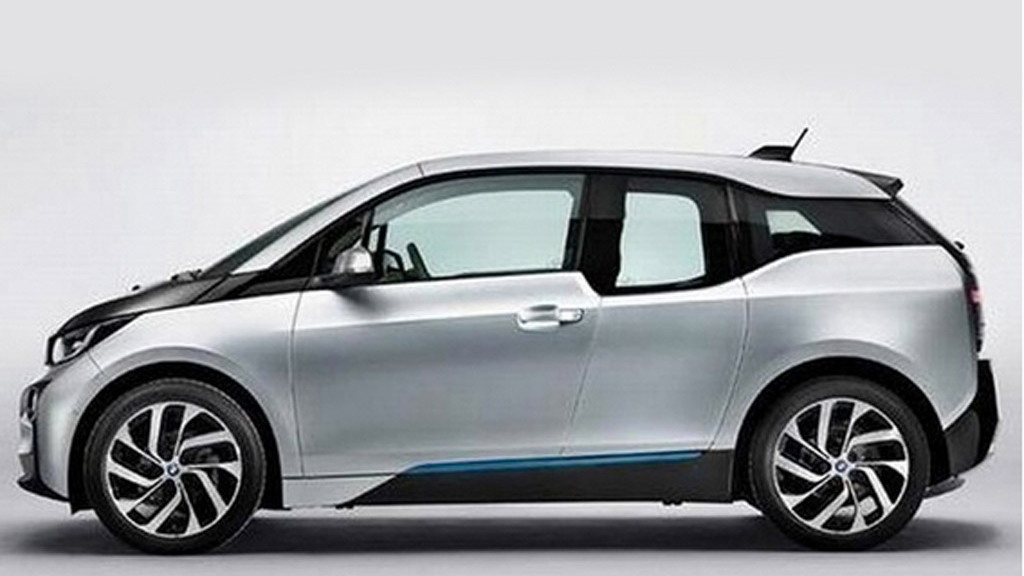 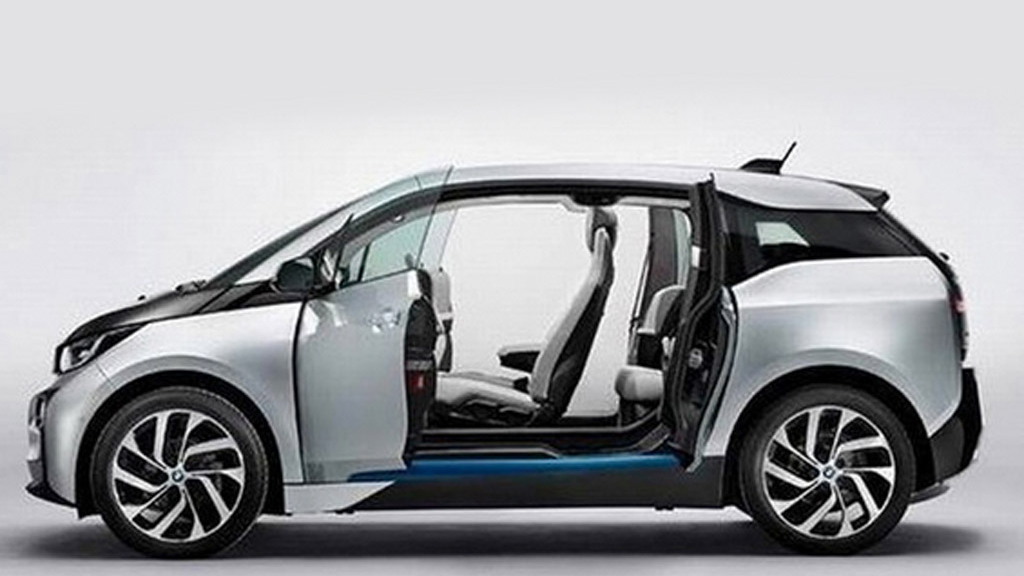 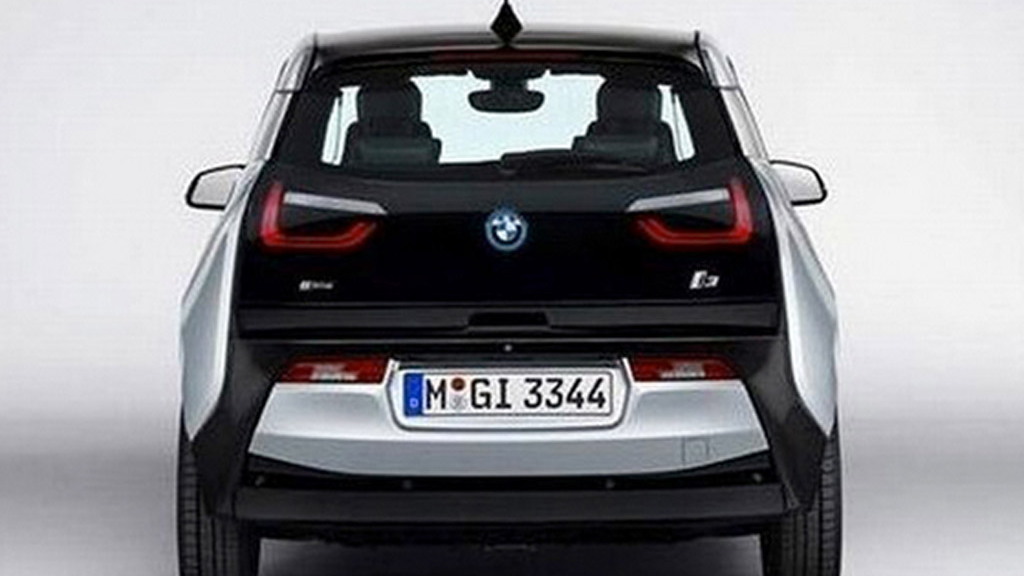 Unsurprisingly, the pictures of the production i3, spotted by Autocar, show a car that doesn't differ too greatly from the concept version first revealed at the 2011 Frankfurt Auto Show.

Camouflaged prototypes revealed several months ago that the production i3 would lack the concept's largely glass doors, while the ultra-minimalist interior has also been toned down for production.

Even so, the overall look is remarkably similar to that of the original concept, both in terms of general proportions and many of the concept's detailing.

Those details include the two-tone exterior finish, with a black hood and several blue-highlighted details. They also include the tall, narrow wheels and tires and a pronounced kick to the glass on the rear half-doors--a nod to the deep window line of the concept.

The black tailgate has also remained, even if it's no longer made entirely from glass--and the narrow, stylized head and tail-lights are also very similar to those of the concept.

2014 BMW i3: Specifications and details released

Inside, while more conventional than the concept, the i3's interior is still unlike that of any other production BMW.

Parts of the center stack look familiar, but that's as far as it goes--a display screen for the car's main functions seems to float above the heating and ventilation controls, and another display sits behind the large two-spoke steering wheel.

Most unusually, and alluded to in several early prototype drives, is the "pod" behind the steering wheel. This houses the starter button, parking brake and drive selection controls, all a finger-tip away from your hand's natural position on the wheel.

Thanks to the compact electric drivetrain and low, flat battery pack, the i3 also has a completely flat floor inside.

BMW revealed the 2014 i3's pricing earlier this week. When it goes on sale in the second quarter 2014, the i3 will cost $42,275 including BMW's $925 destination fee. The price doesn't include any state or local tax incentives or rebates.

For more leaked photos of the i3, head over to the Autocar website.