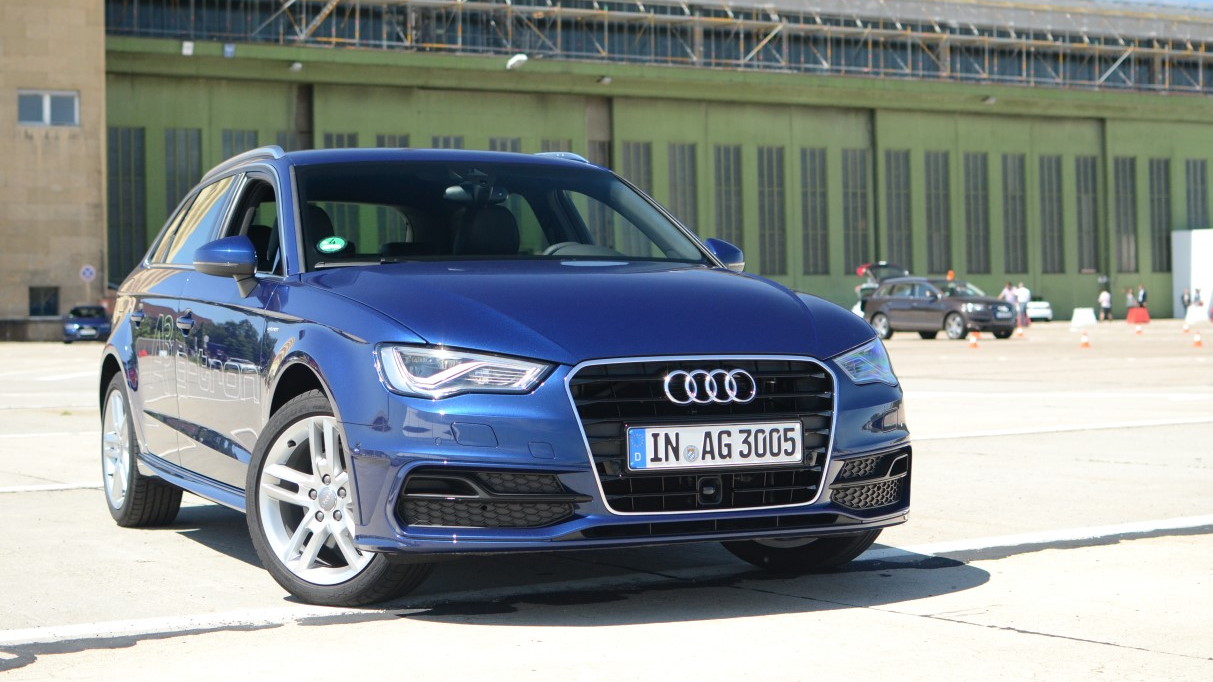 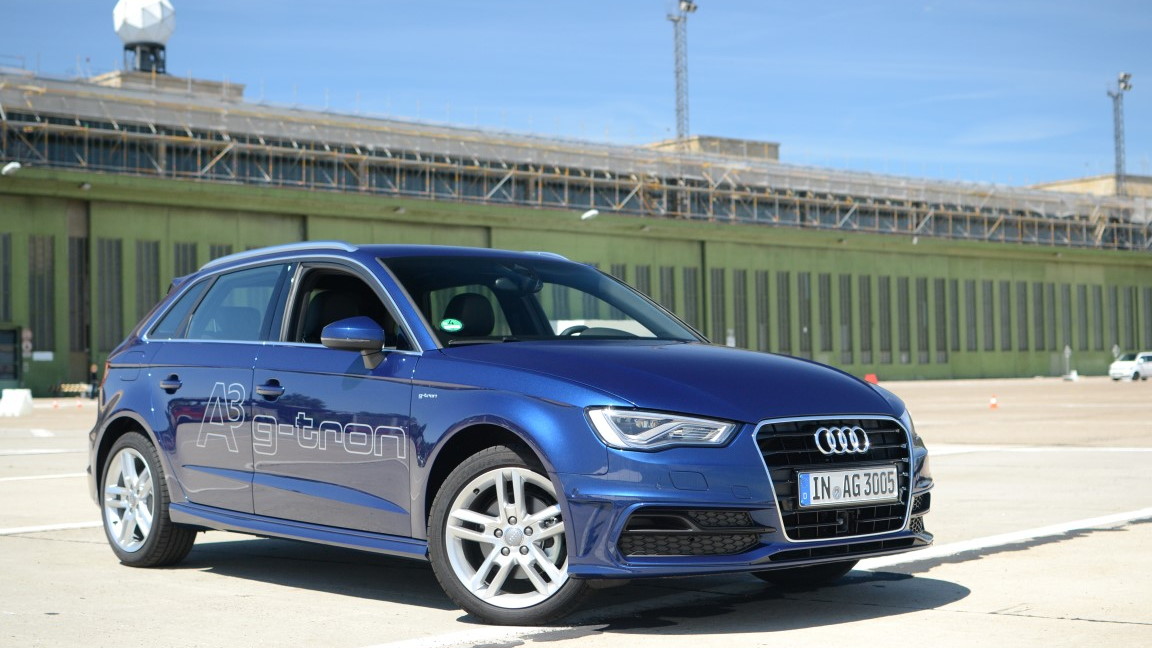 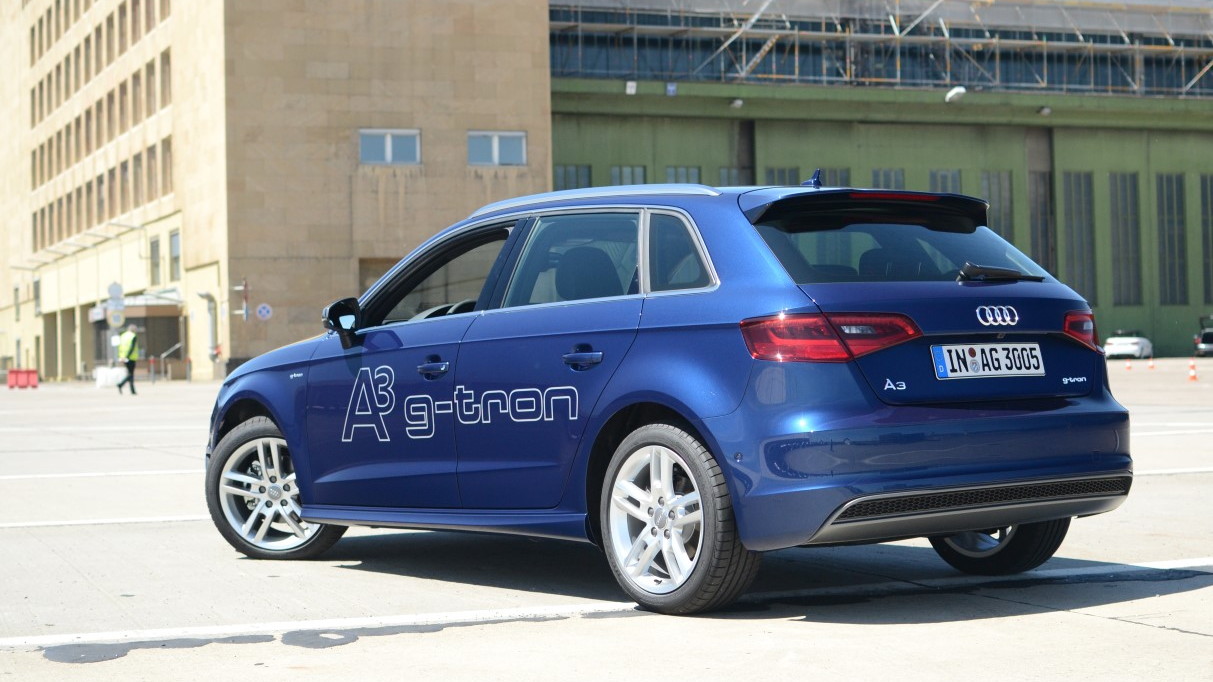 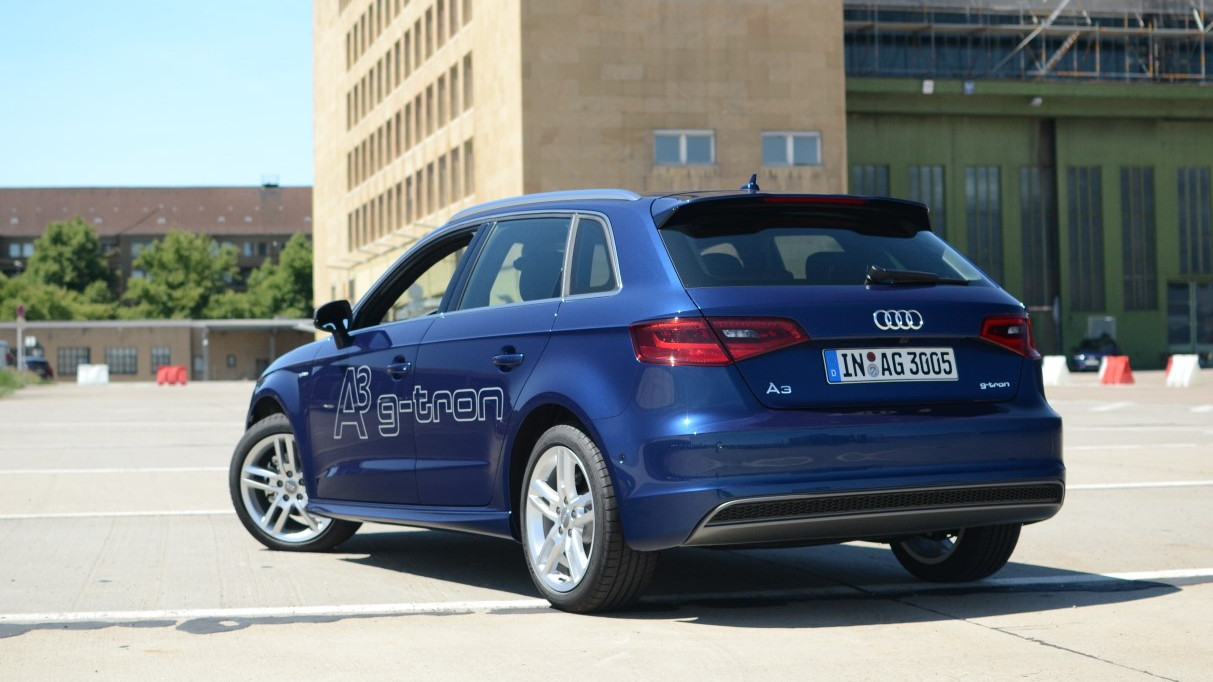 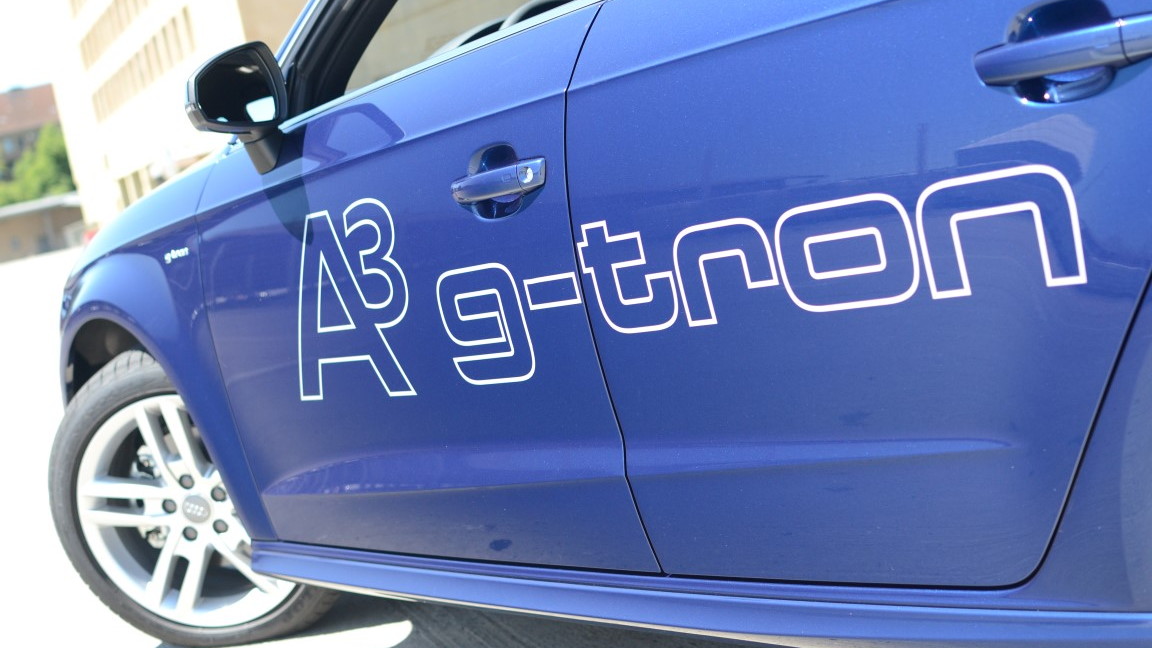 12
photos
We lost count of just how many times Audi engineers used the phrase "no compromises" during their 'tron' presentations in Berlin.

And driving the Audi A3 Sportback g-tron, a near-standard A3 running on natural gas, it's hard not to agree with them--at least initially.

For the average car buyer, the gas-powered A3 requires virtually no change from normal routine, yet produces significantly lower emissions than the average vehicle.

The g-tron is the product of a more holistic look at vehicle emissions. Not content with simply producing the car itself, as Honda does with its natural gas Civic, Audi aims to produce the gas itself too.

Called e-gas, it's generated through a process called methanation.

Wind energy is used to produce electricity for electrolysis, separating water into hydrogen and dioxide. The methanation process then joins hydrogen and carbon dioxide into water, and a synthetic natural gas Audi terms e-gas.

This is all fed back into the main gas supply. The actual gas drivers will fill their g-tron with probably won't be the same molecules produced using methanation, but Audi aims to produce it in sufficient quantities that the net CO2 output is close to zero.

Audi showed us graphs explaining the benefits--regular gasoline requires the equivalent of 25 grams per km, per car, to produce.

In contrast, e-gas production takes 75 g/km away from the g-tron's 95 g/km CO2 figure--as it's produced not just from wind energy, but uses CO2 in its production. This makes the A3 g-tron a 20 g/km car.

All of this happens behind the scenes, of course. For the A3 g-tron driver, he or she simply fills the car with the gas (or gasoline, should e-gas not be available--the g-tron is bi-fuel) and goes on their merry way.

The driving experience is, to all intents and purposes, very similar indeed to that of the regular Audi A3 1.4 TFSI on which the g-tron is based.

The engine is a 1.4-liter four-cylinder unit with a modest 110 horsepower. That's less than you'd get from a gasoline-only model by around 11 horsepower, and its 11-second 0-62 mph time is about 1.5 seconds off the regular TFSI as a result.

However, the regular car produces more than 95 grams per kilometer CO2--and it certainly can't claim a near-carbon-neutral fuel production process.

It's also very quiet and refined, aided in traffic by a standard stop-start system. The controls are all well-weighted, the interior finished to a high standard, and it has a solid yet wieldy feel on the road.

In short, it's an Audi A3 that just happens to use a different fuel. Save for the odd g-tron badge here and there and dual fuel gauges in the instrument cluster, you'd not know you were driving anything special.

So has Audi succeeded in that uncompromising stance on no-compromise cars?

On the road, yes. An existing Audi A3 driver could happily climb aboard and drive it without a moment's thought, yet producing very little in the way of greenhouse gases.

From a well-to-wheels standpoint, the argument is less clear-cut. One has to wonder what the true benefit is of such a long, drawn-out e-gas production process instead of using the initial wind energy to power an electric vehicle.

An electric vehicle like, for example, Audi's A3 e-tron, shown alongside the g-tron.

It'll be more expensive, but with greater performance, an electric range allowing zero-emissions travel and even more luxury, it seems the less compromised of Audi's no-compromise pair...

Oh, and the e-tron is also much more likely to hit the U.S. than the g-tron--just one fewer compromise for green buyers.

Audi provided airfare, lodging, meals and refreshments to enable us to bring you this first-person drive report