The 2014 Chevrolet Cruze Diesel went on sale this week at a handful of top Chevy dealers, and company executives said two of its first three buyers were new to diesel cars.

The new diesel Cruze, fitted with a 151-horsepower 2.0-liter turbodiesel four-cylinder engine built in Germany, is GM's first diesel passenger car sold in the U.S. since 1986.

Two of those first buyers had not previously owned diesel cars, but were attracted by the 46-mpg EPA highway rating for fuel efficiency.

The third buyer was more familiar with diesels, with a Volkswagen Jetta TDI already in the household (which remained, Chevy officials said).

The diesel Cruze is being launched initially in 13 metropolitan markets that already have a higher-than-average penetration of diesel passenger cars.

Cristi Landy, the brand's small-car marketing director, said that it would use "lots of digital targeting" in its marketing, which she said was "the best way to reach that consumer" interested in diesel vehicles.

Those buyers, she said, are somewhat older, more educated, and have higher household incomes than Cruze buyers overall.

And, she said, they will contain a higher proportion of men than the "almost 50-50 split" among men and women among Cruze owners to date.

Chevy is pitching its Cruze Diesel directly against the Volkswagen Jetta TDI, which Landy called "the benchmark" in diesel compact sedans. 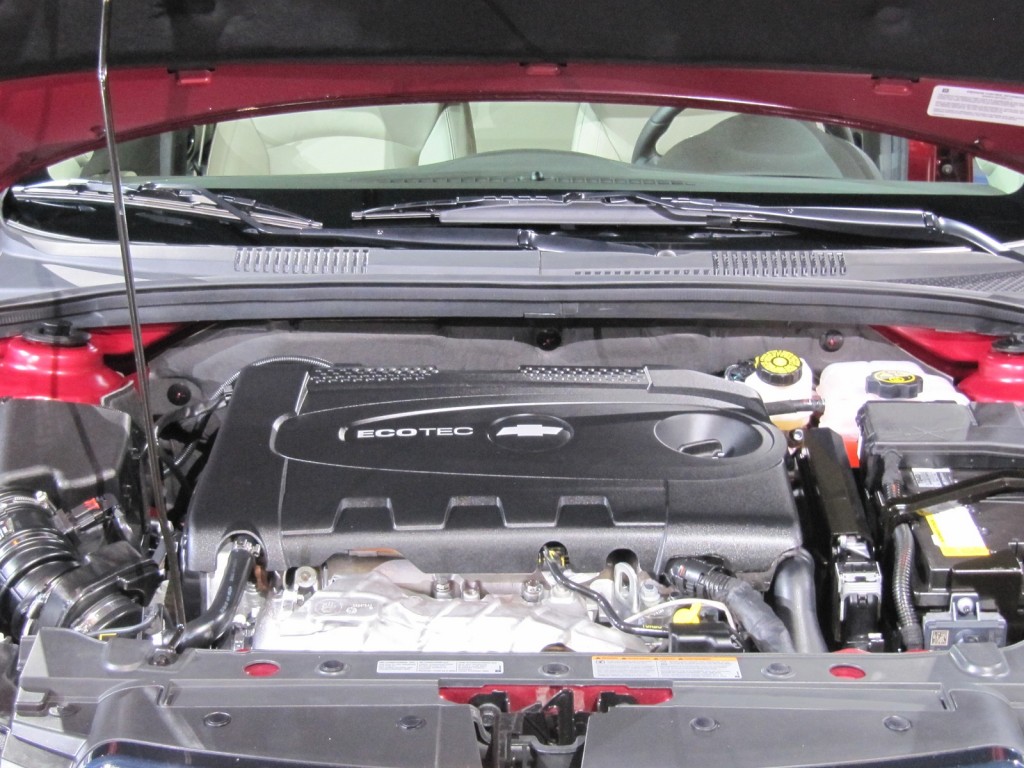 Chevy also produced a chart noting that the Cruze has a higher highway fuel-efficiency rating (46 mpg vs. 42 mpg), a longer total range (700-plus miles), more standard equipment, and a lower starting price than the Jetta TDI.

Marketing themes will stress the "cleanest diesel ever" nature of its engine, to counter the perception among older buyers that diesels emit large volumes of visible soot and other pollutants, and its 46-mpg highway rating.

The company believes that the diesel Cruze will attract new buyers who had not previously considered the Chevrolet brand, Landy said, just as its Volt range-extended electric car, Spark minicar, and Sonic subcompact have done.

Green Car Reports will publish its drive report of the new 2014 Chevrolet Cruze Diesel within a few days.