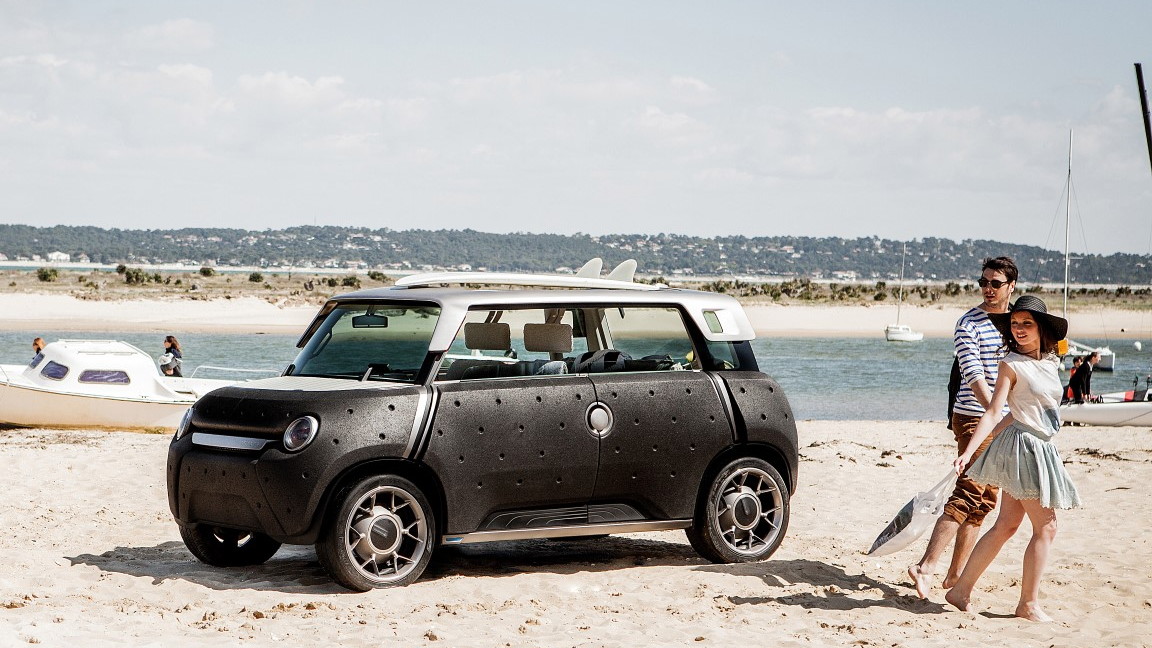 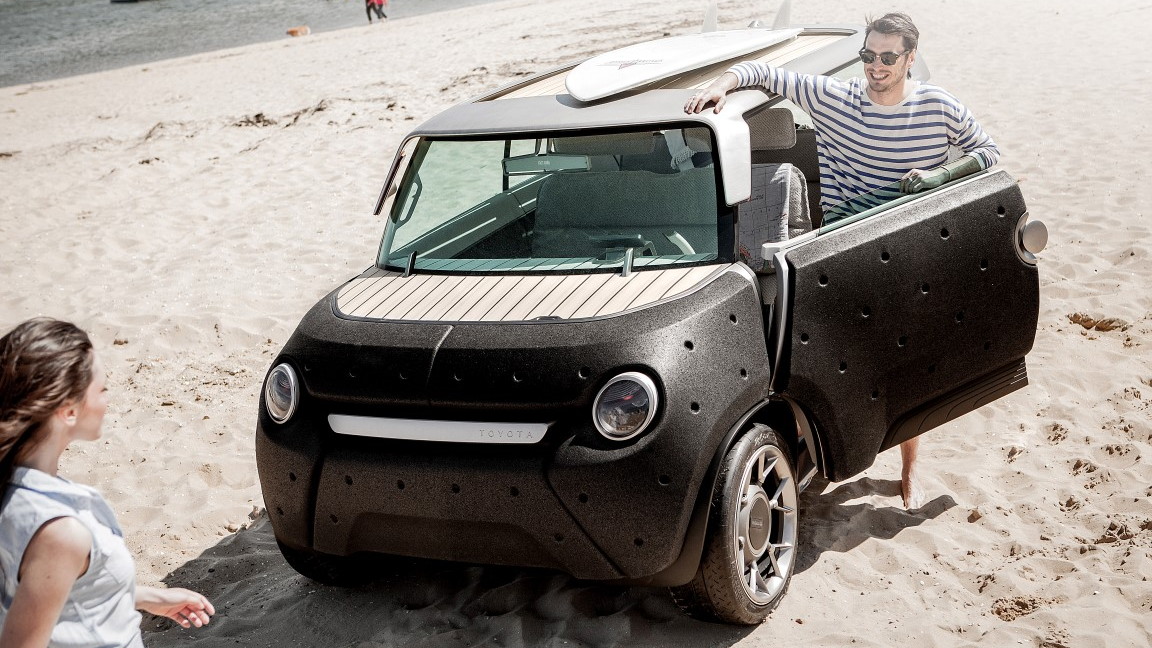 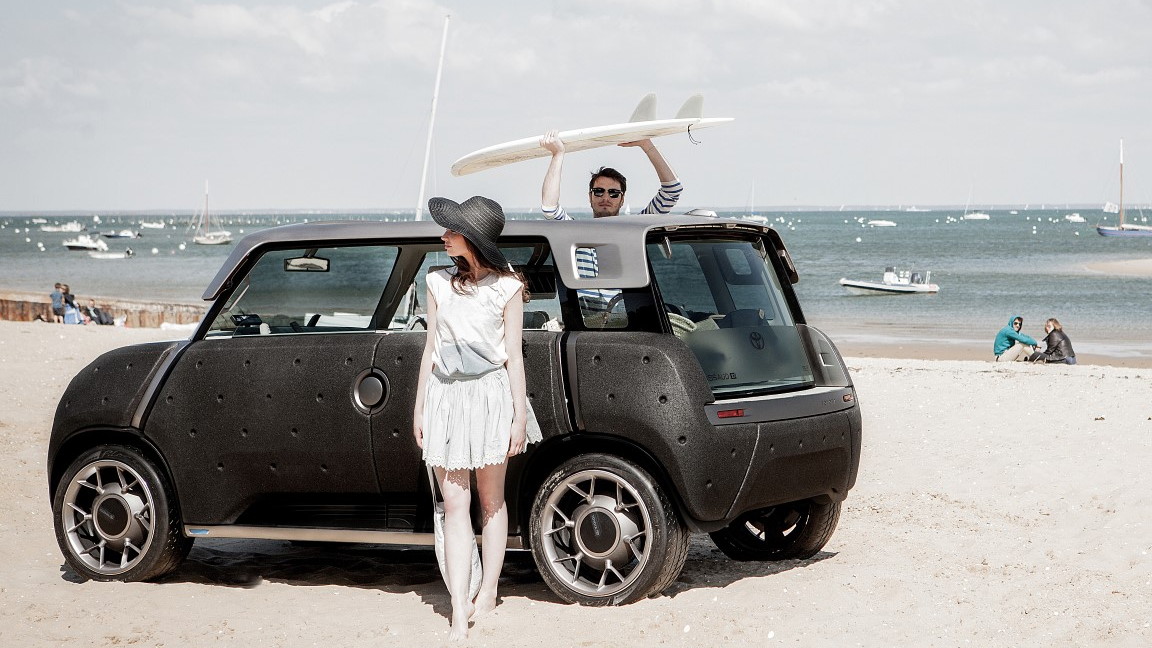 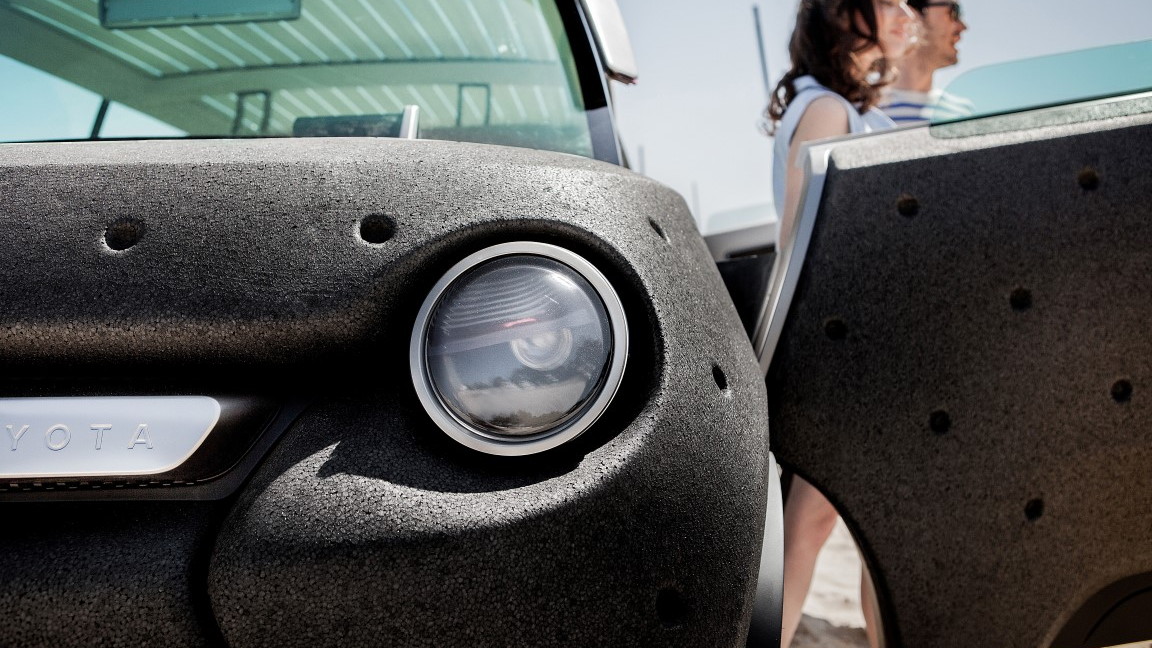 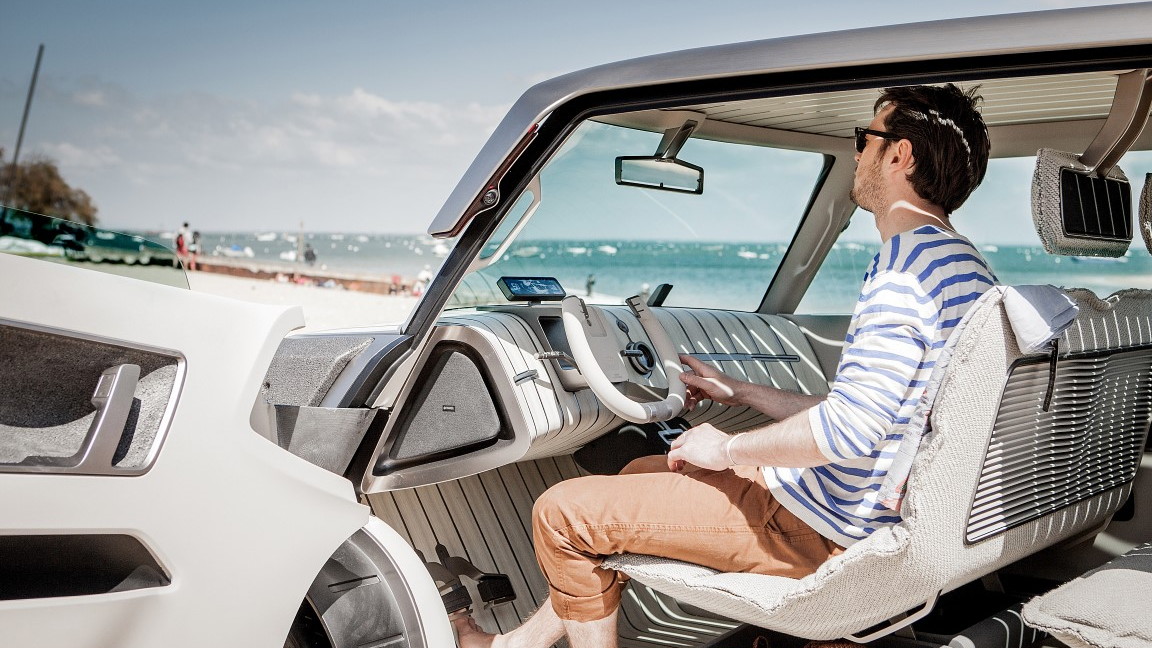 In fact, were it not for the word Toyota appearing at the top of this page, you might have assumed the quirky little electric car was from another maker entirely.

Toyota's concepts are often a lot more edgy and futuristic looking, like its Shanghai Auto Show exhibits. By contrast, the ME.WE's boxy proportions, earthy color scheme and simplistic interior appear to hark back to European beach cars of the 1960s, like the Mini Moke and Fiat Jolly.

There is, of course, more to the ME.WE than meets the eye. It's as high-tech as any other Toyota concept, and almost certainly greener too.

It starts with the electric powertrain, using in-wheel motors borrowed from the Toyota i-Road concept, and under-floor batteries as seen in the Toyota and Scion iQ EV models.

With a motor for each wheel, the ME.WE offers the option of two or four-wheel drive, when required--without the weight penalty such a system would usually demand. Lack of any intrusive drivetrain elements also allows more of the car's volume to be used for interior space.

The tubular aluminum structure and polypropylene panels keep weight to a minimum--just 1,653 pounds, only 31 lbs of which are the body panels

Bamboo is used throughout the interior, both "renewable and aesthetically pleasing", according to Toyota. The body panels are 100 percent recyclable, heating and air conditioning use a low-energy pump, and heated seats are used to keep power use to a minimum.

For those sunny days or carefully-staged trips to the beach with your brochure-perfect friends, all the windows can be dropped--even the windshield. That's sure to improve the ambience of the already-airy interior, which uses a minimalist smartphone display to provide the driver with information.

A product of Toyota and architect Jean-Marie Massaud, the ME.WE concept seeks to be adaptable to the driver's lifestyle, reflect the attitudes of forward thinking drivers unobsessed by status, and reduce the trend for excess in car design.

Simplified, Toyota says it represents a transition from a culture of "more" to the culture of "better".