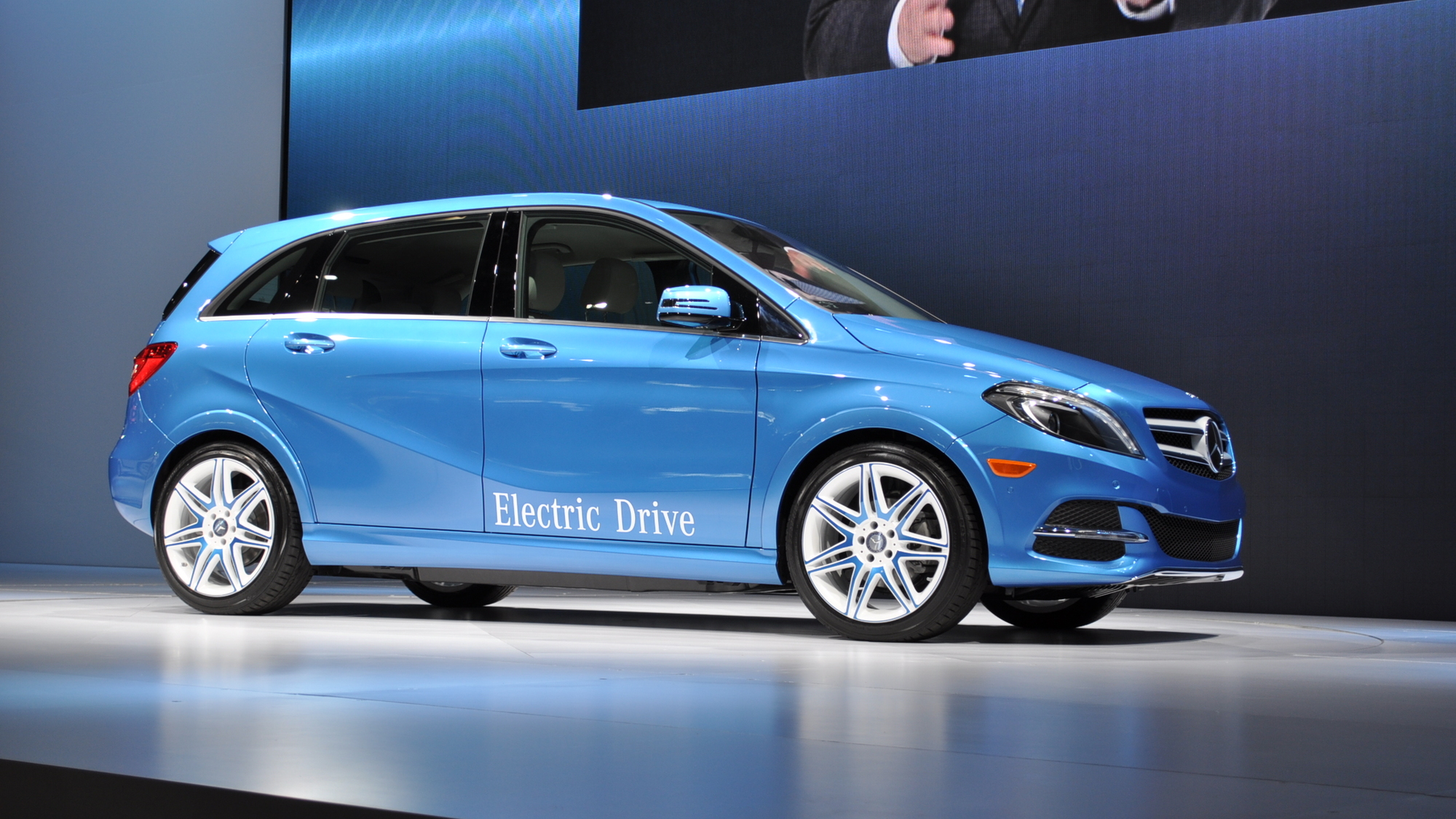 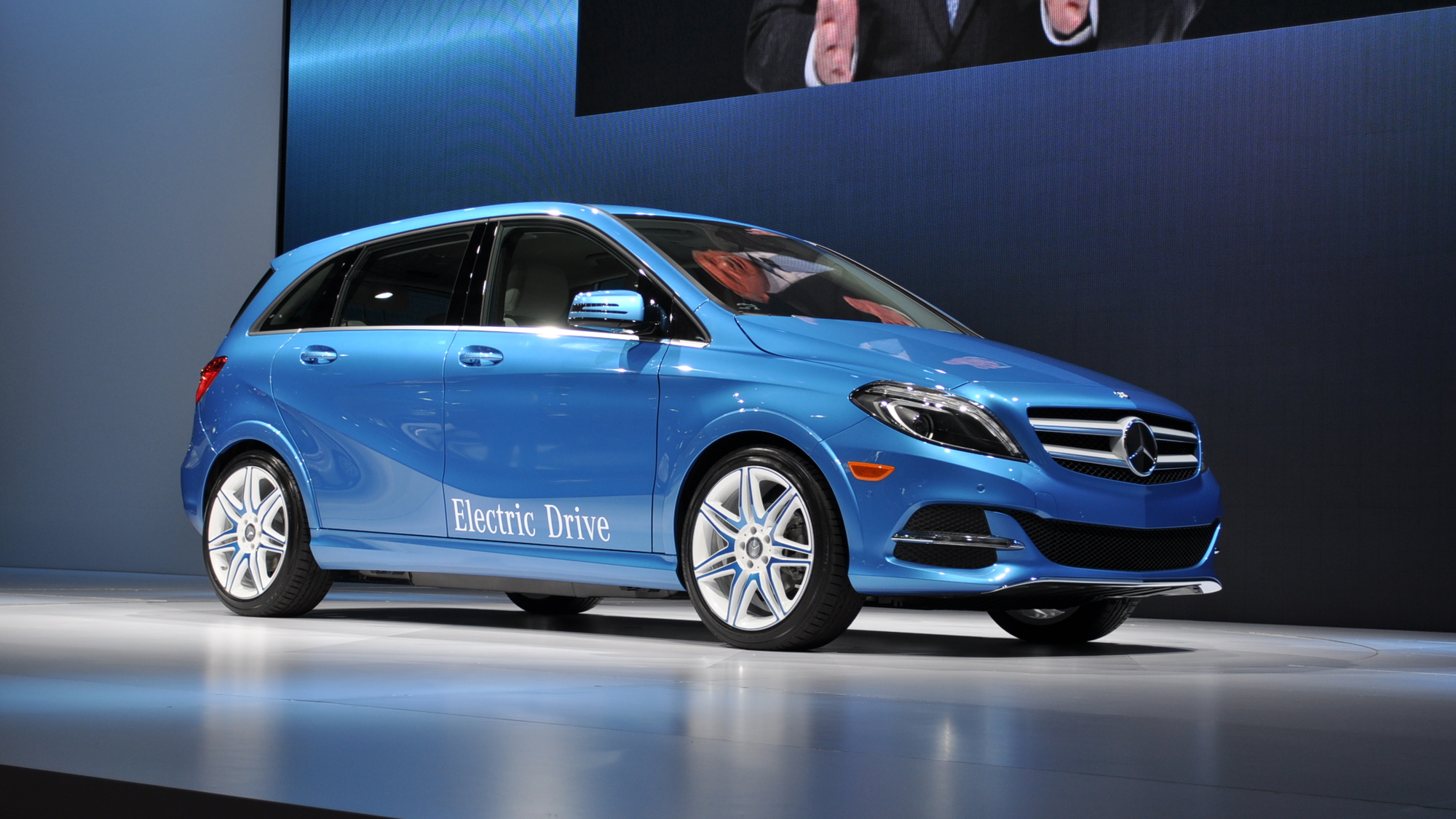 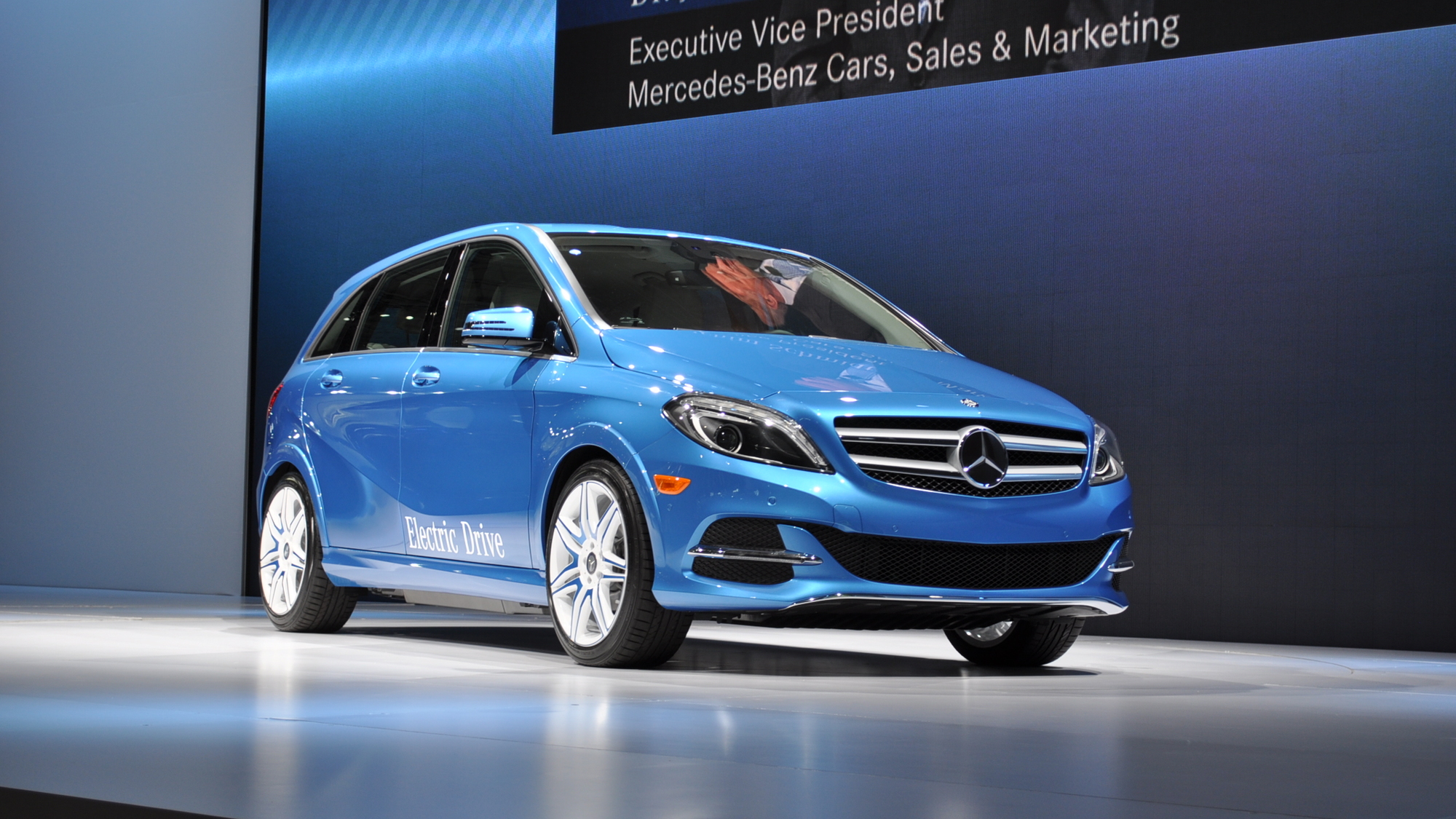 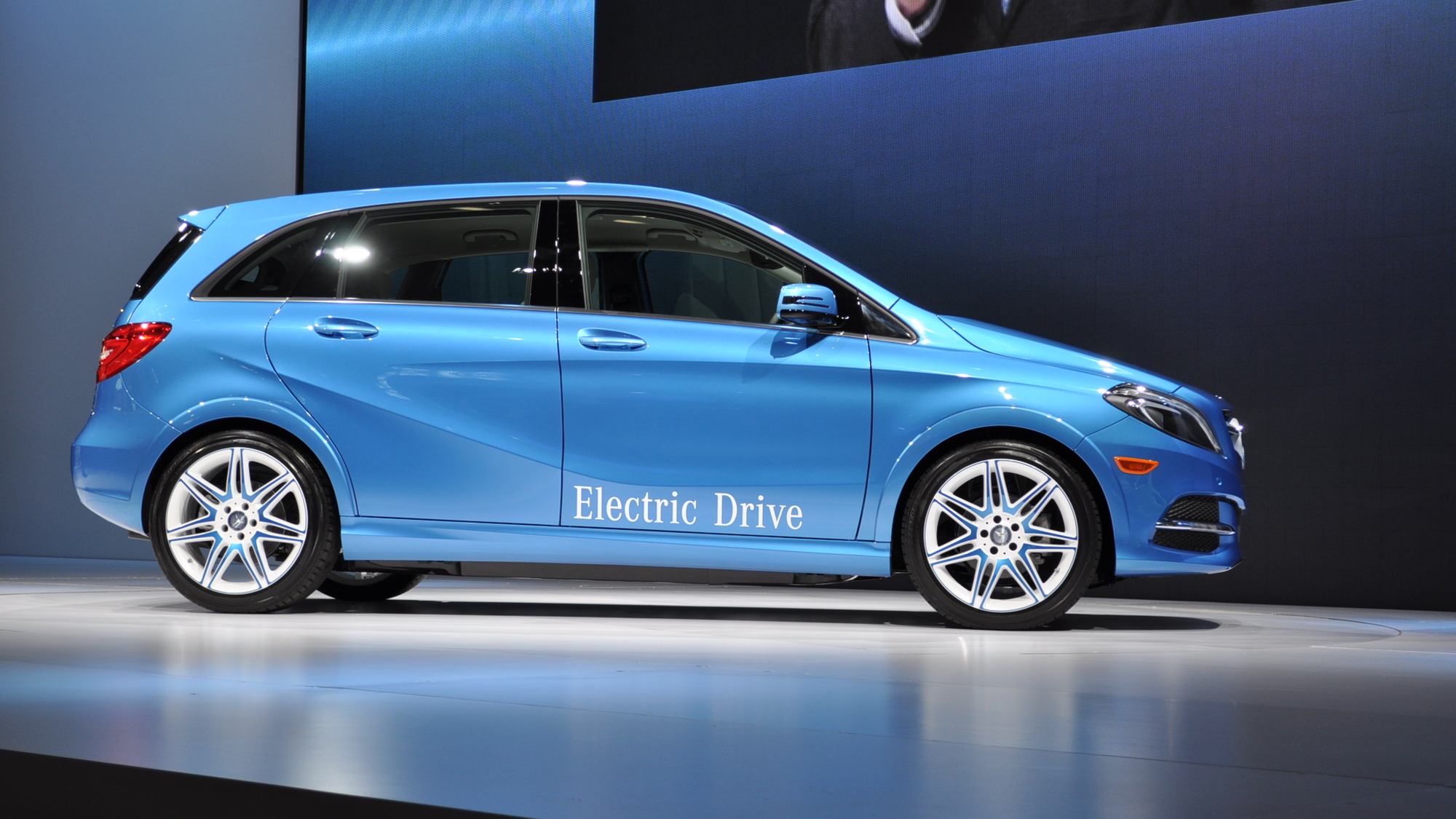 12
photos
Mercedes-Benz doesn't yet offer a front-wheel drive model in the U.S, at least until the new CLA Class lands.

In Europe however, it's gone through three generations of A Class and it's now on the second-gen B Class, a spacious family hatchback.

The 2013 New York Auto Show sees the debut of an electric version of that vehicle, the B Class Electric Drive.

Under the metallic blue skin you'll find a 100 kilowatt (134 horsepower), 228 pound-foot electric motor, powering the front wheels. Mercedes says the instant torque--developed from a standstill, like virtually all electric cars--corresponds to that of a 3.0-liter gasoline engine, so there's plenty of power available.

The company is being cagey about outright performance, only suggesting the benchmark 0-62 mph sprint can be achieved in "considerably less than ten seconds". Top speed is limited to 100 mph.

Unlike the new A Class and upcoming CLA, the B Class still features Mercedes' clever sandwich floor, which is where you'll find the car's lithium-ion battery pack. That means it's mounted low for stable cornering, but also results in zero intrusion into the passenger space.

Brake energy regeneration is a given, while the driver can monitor his or her range and remaining power via dedicated gauges replacing those of the regular B Class. A clear power display can be seen in the right-hand dial. As a networked vehicle, owners can keep track of charging remotely via PC or smartphone. Pre-heating and pre-cooling is also standard.

The big news is that the Mercedes-Benz B Class Electric Drive is no mere concept vehicle, a tease at the company's electric potential--it's a bona fide production car, intended for a U.S. market launch at the beginning of 2014.

That makes it only the second official Daimler electric vehicle to arrive in the U.S, following the Smart Fortwo Electric Drive--with the high-performance SLS Electric Drive still awaiting confirmation on North American sales.

For more details on the rest of the launches and concept cars from New York, be sure to bookmark our New York Auto Show news page.