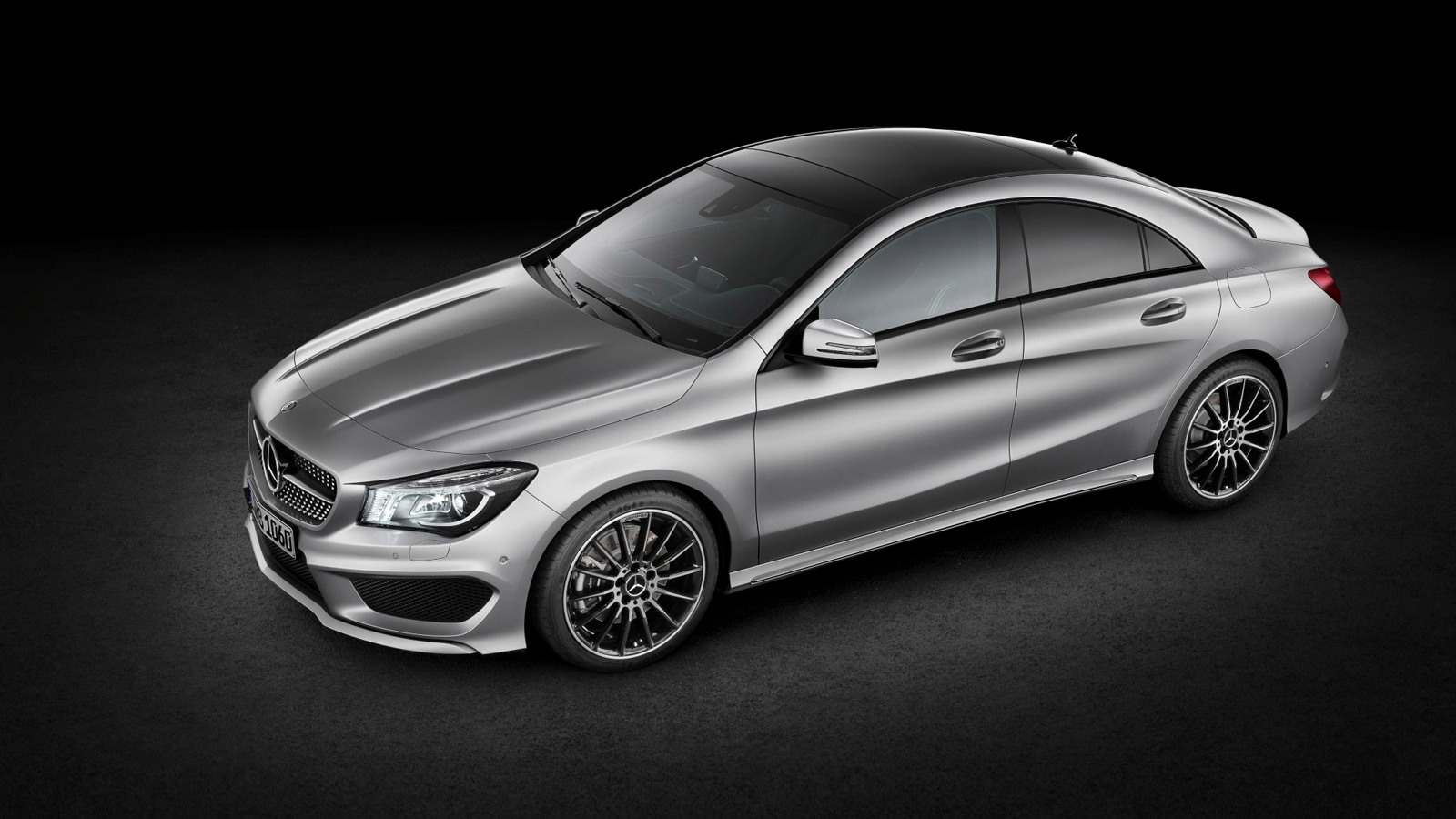 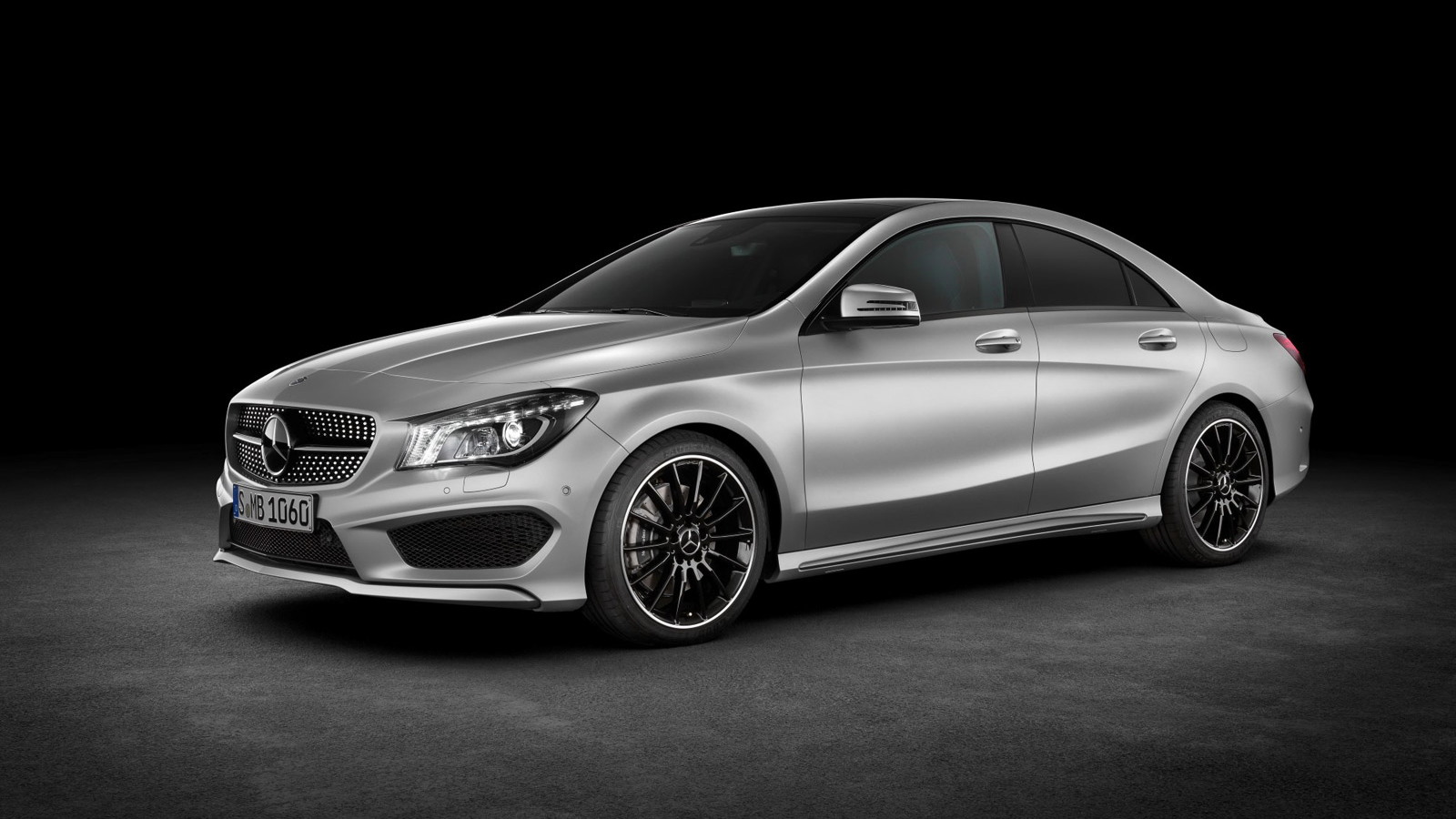 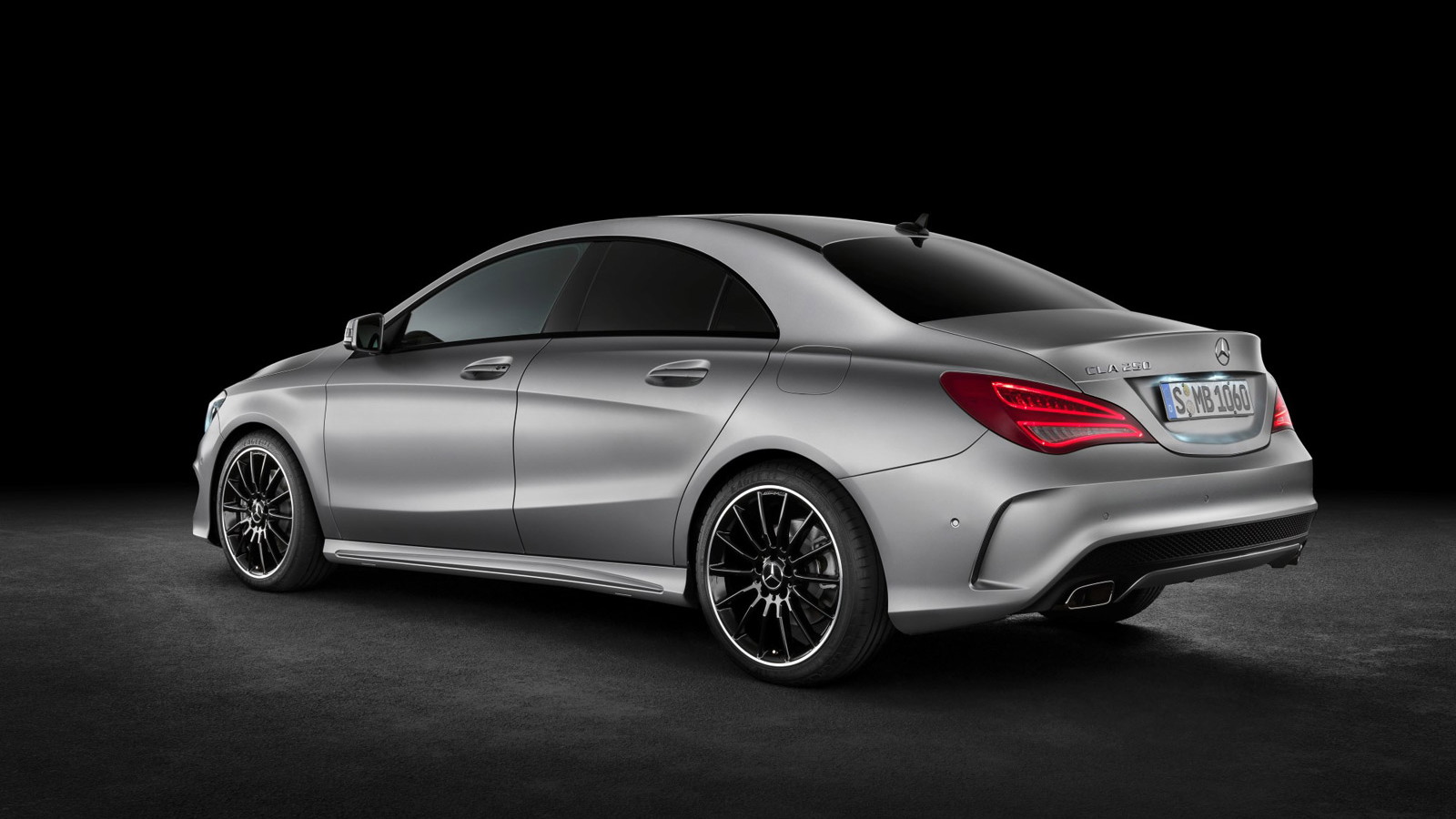 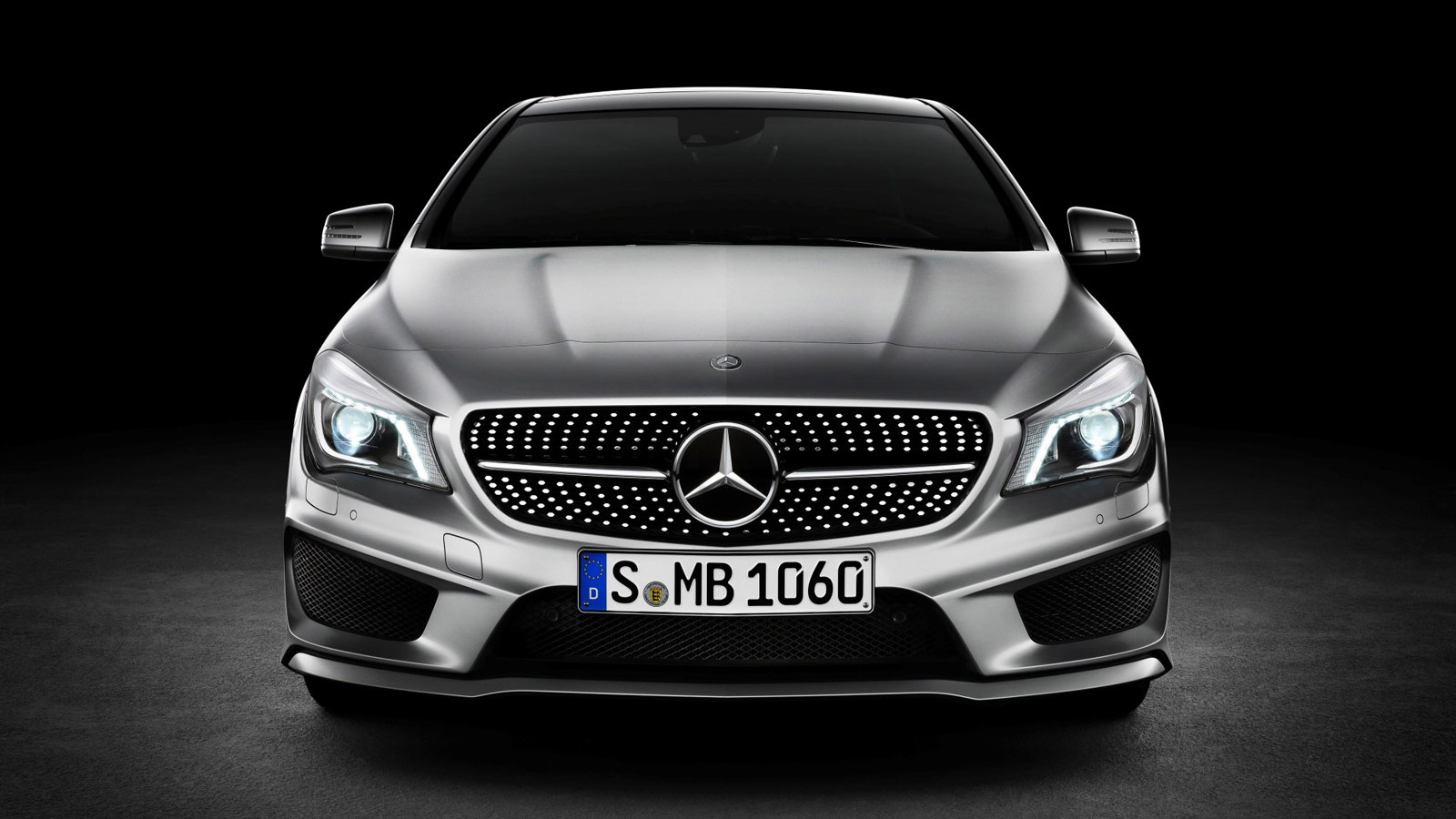 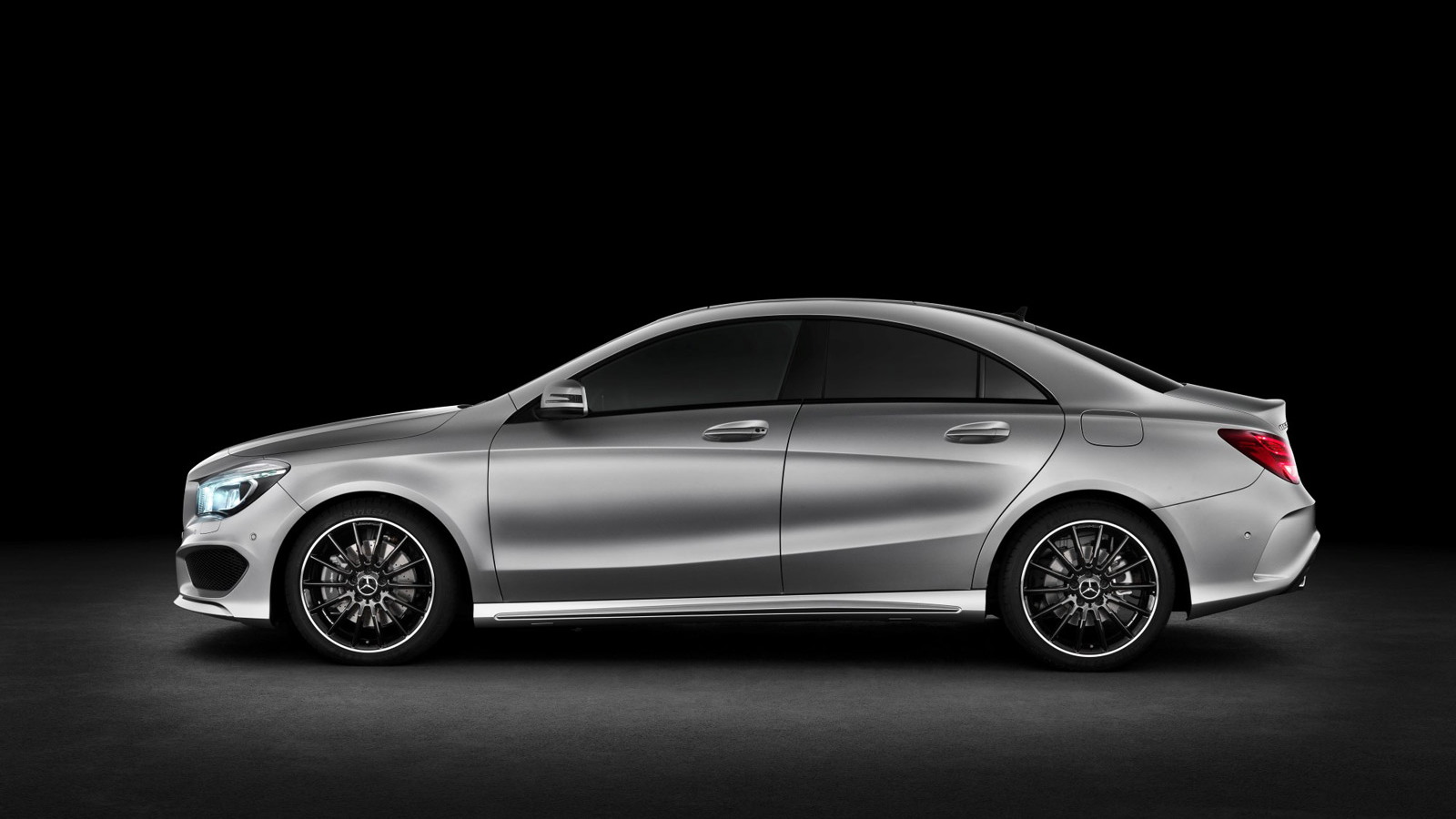 10
photos
It's been a while since Mercedes-Benz offered a truly compact sedan on the U.S. market, the C-Class having grown over the last few decades like many other vehicles, and the old 190e a distant memory.

The 2014 Mercedes-Benz CLA changes that, but the new small sedan is very different from those old 190s.

Based on the A-Class sold in Europe, the CLA takes that car's mechanicals and most of its styling, but mixes in a little CLS four-door coupe too. The end result is a distinctive, sleek compact sedan, available in both all-wheel drive, and unusually for a Mercedes, front-wheel drive.

The end result makes for a distinctive vehicle, with a low roofline, narrow windows and plenty of neat details.

Concave and convex surfacing dominates the exterior styling, fronted by a bold Mercedes grille and rounded off by a kicked-up trunk lid.

The CLA's drag coefficient is only 0.23, or as low as 0.22 on special high-efficiency models on sale in Europe. For comparison, the current Toyota Prius has a drag coefficient of 0.25. Mercedes has put significant effort into helping air slip cleanly around the CLA--from optimized A-pillars and door mirrors, to a smooth underbody and rear diffuser.

Combined with a range of efficient new engines and transmissions, it could prove to be one of the most fuel-efficient vehicles in its class.

Initially, the U.S. will get the CLA 250 model, using a 2.0-liter turbocharged gasoline engine and the option of 4MATIC all-wheel drive. The 250 develops 208 horsepower and features a standard 7-speed dual-clutch automatic transmission. Official fuel efficiency figures haven't yet been revealed, but stop-start gas-saving technology is standard.

It hasn't yet been confirmed, but a diesel is also rumored. In CLA 220 CDI spec, it's capable of as much as 56 mpg on the European cycle, so bank on an EPA-rated mid-40s figure--with the potential for even more in highway driving.

A host of technology and safety features will be available, from devices that sense if you're falling asleep to active braking systems that bring you to a halt when you've reacted too late.

A central touchscreen in the sporty, A-Class-based interior lets you control most functions of the car, from navigation, to radio, to internet-enabled features and smartphone syncing.

The CLA 250 hits dealers in September, while the 4MATIC all-wheel-drive version goes on sale in Spring 2014.

We expect more information to be revealed shortly--so keep your eyes peeled for live photos and extra details on the new smallest Mercedes.

For more news and launches from Detroit, check out our dedicated Detroit Auto Show page.