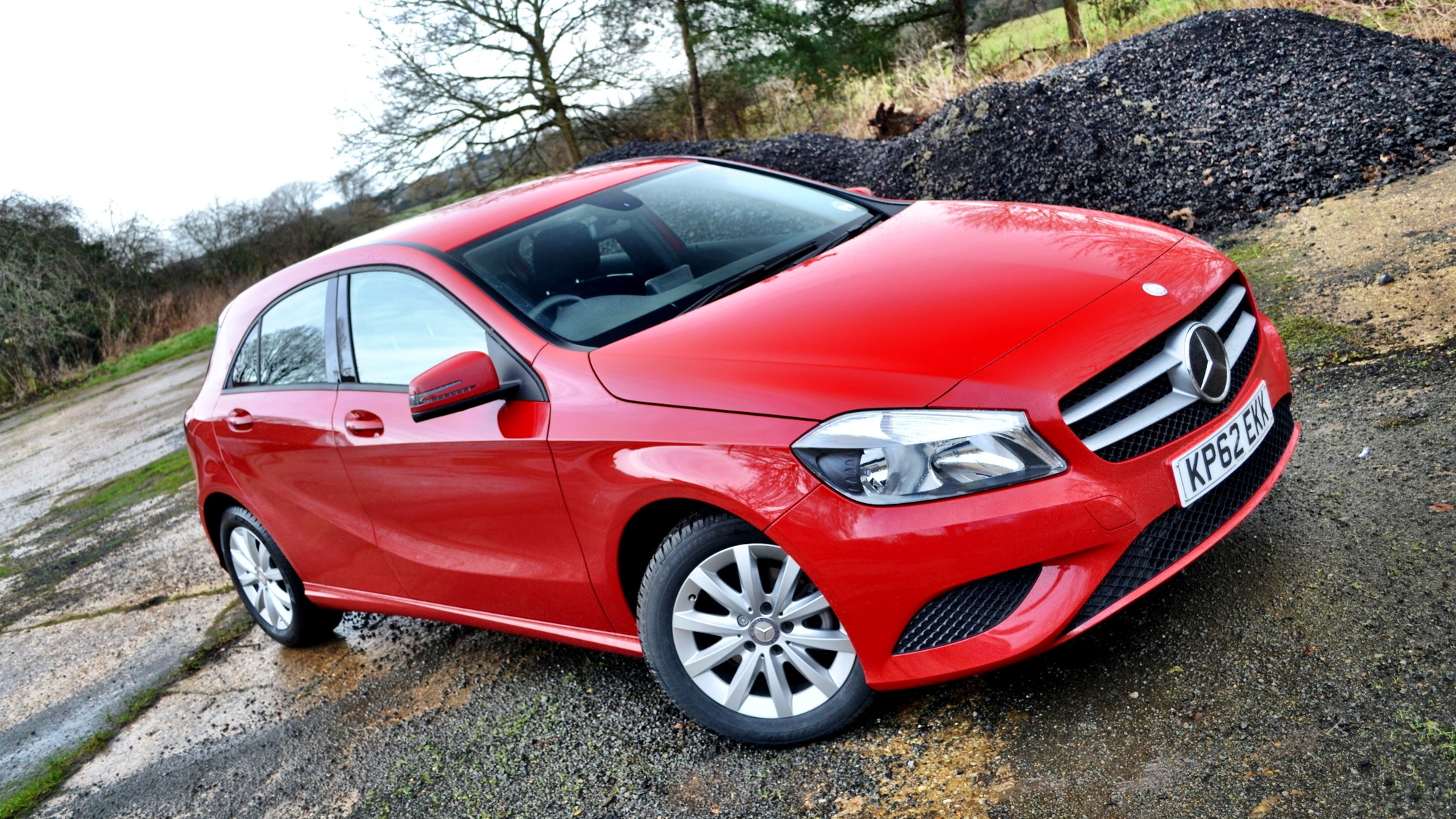 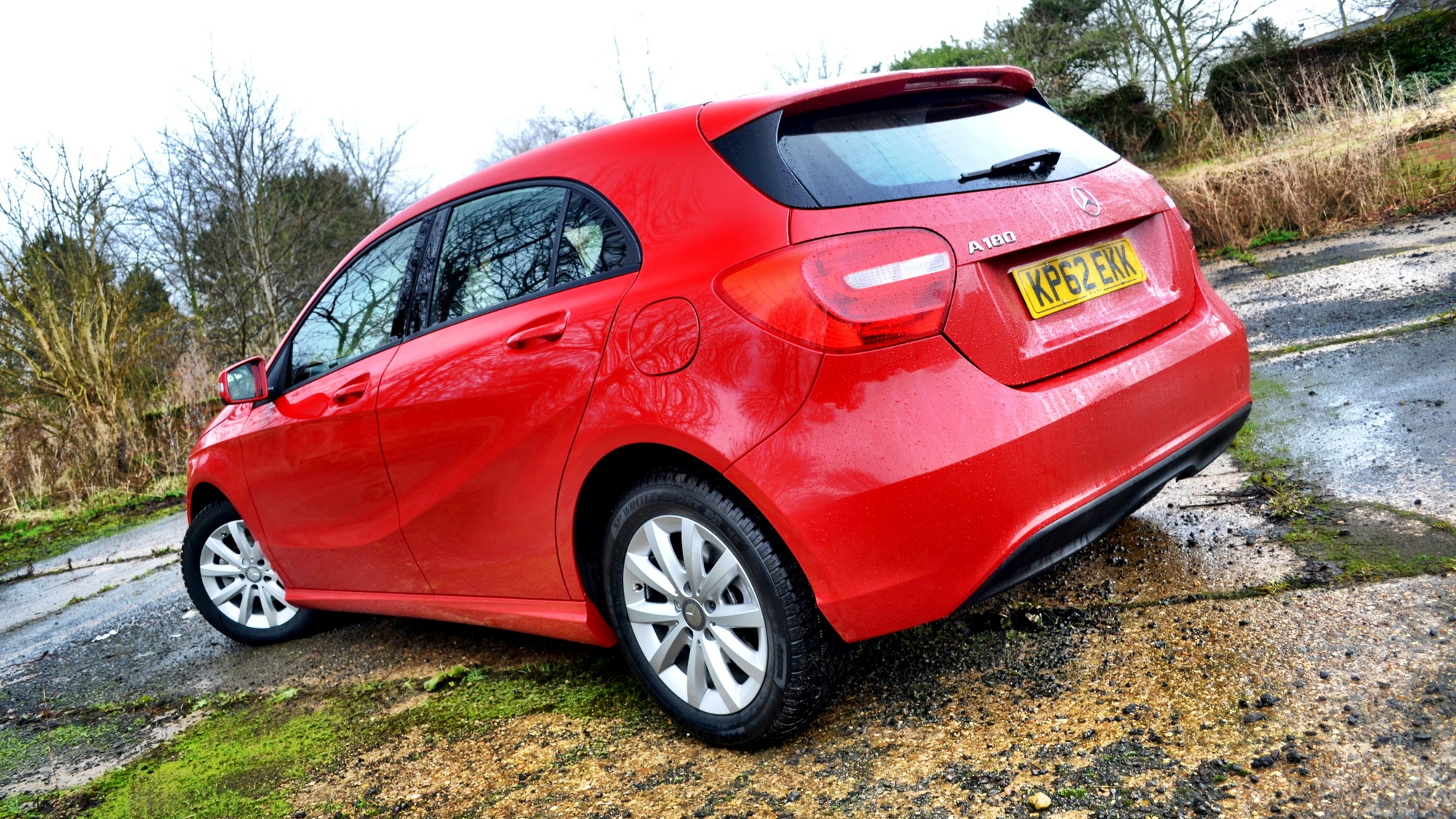 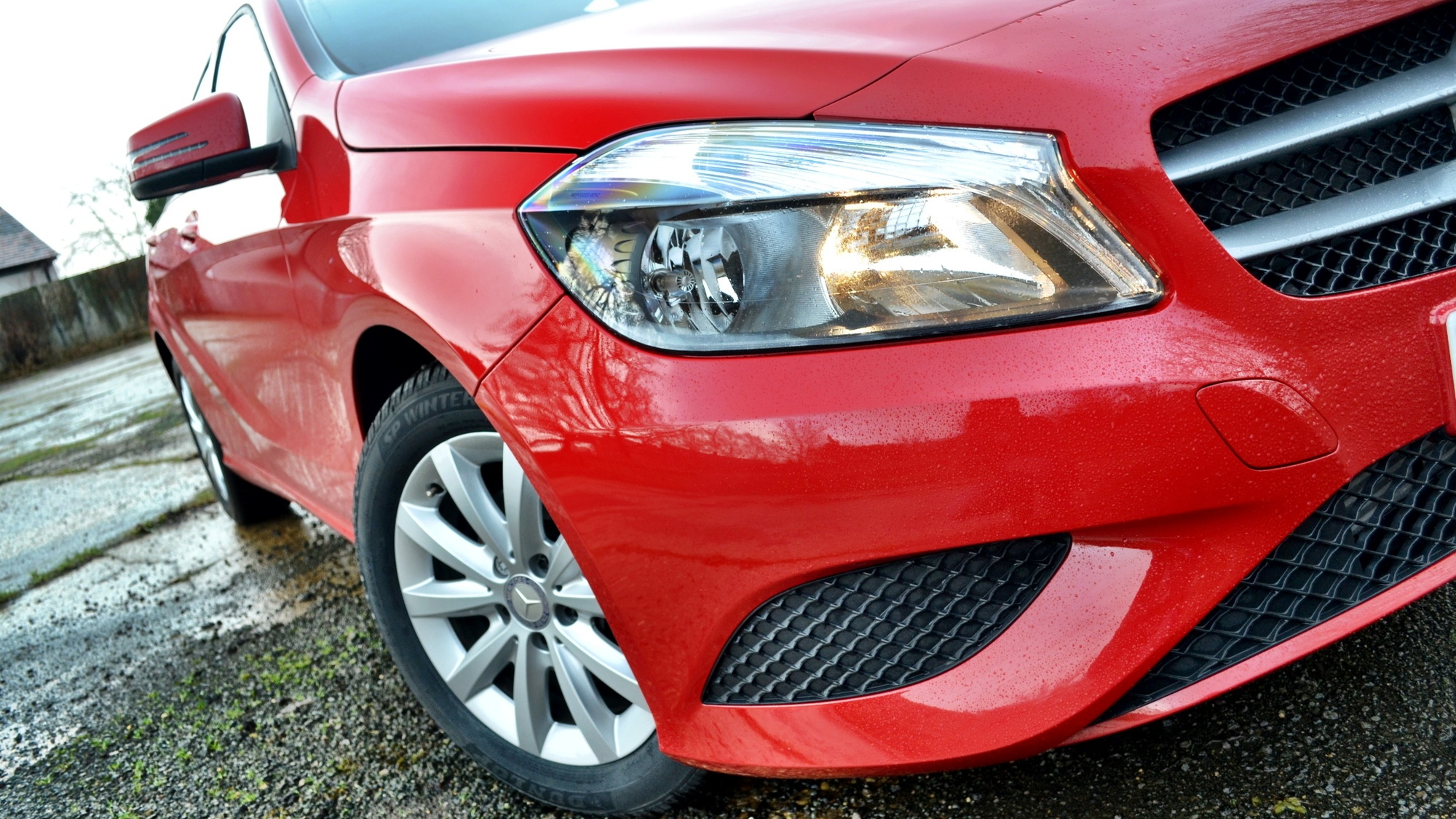 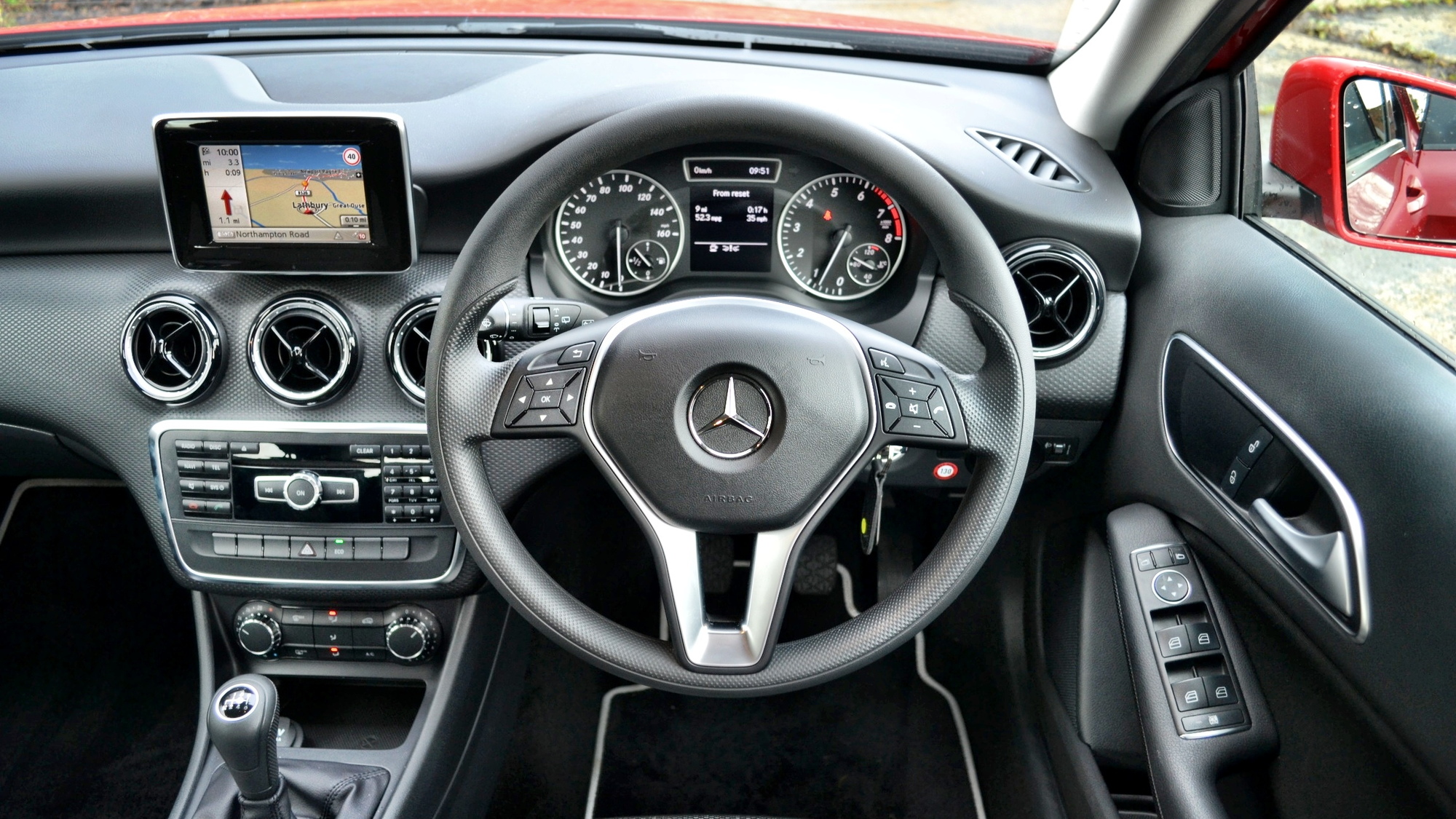 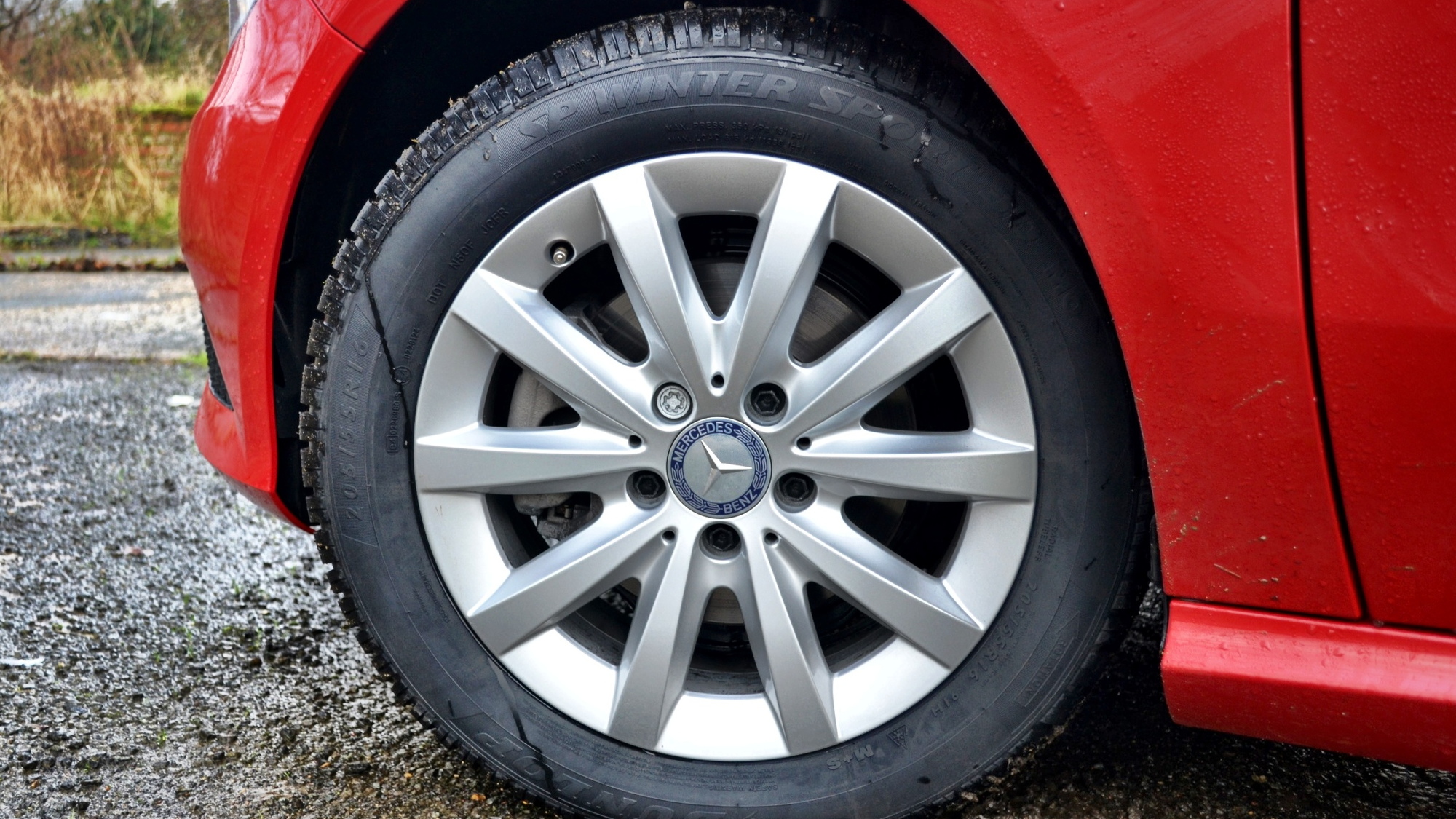 Concentrate on your most wealthy clientele and the market is lucrative, but limited. But go too far the other way, catering for the mass market, and you risk damaging your reputation.

This is the barrier Mercedes-Benz has had to cross in producing the A Class, a model not available in the U.S. Following our drive in a couple of high-end models last year, we've now tested one at the bottom of the A Class (and indeed, the entire Mercedes) range.

And impressively, it still feels like a Mercedes-Benz should.

The original A Class

This hasn't always been the case. The original car was tall, narrow, and broke with Mercedes tradition in its front-wheel drive layout.

It also nearly broke Mercedes' reputation after one Swedish reviewer rolled a car during a standard rapid avoidance maneuver, at a relatively low speed. Some hasty changes fixed the car and just rescued the company's reputation. Eventually, the car even became a sales success in the European market.

The game has moved on though. Rivals like the Audi A3 and BMW 1-Series are more conventional than previous A Class, but also more becoming of each company's image.

Mercedes released the new A Class in Europe last year. In A250 turbocharged gasoline, and A200 CDI turbocharged diesel form, it proved swift, well-equipped, and as chunky and solid as a Mercedes should feel.

It also felt a bit bumpy on the road, with settings deliberately chosen to feel "sporty" in that superficial way familiar to many modern cars.

Mercedes-Benz A Class A180 quick drive

Basic could be best

Happily, the basic Mercedes-Benz A180, with its 120-horsepower 1.6-liter turbocharged gasoline engine and sensible 16-inch wheels, drops all pretense of sportiness and ends up feeling more like a Mercedes should.

Okay, so you don't get as much leather in the interior, the small gasoline engine feels peppy rather than fast and those wheels fail to fill the arches, but the relaxed ride quality and smooth controls make driving it much more pleasant than its racier siblings.

Our test car even had (gasp, horror of horrors) a six-speed manual transmission. Mercedes isn't known for its great manual gearboxes, but this one proved easy and unobtrusive to use. It could be sharper, it could be more tactile, but it does the job and does it well.

Mercedes has worked hard on efficiency, too. The A Class features a drag coefficient of 0.27--0.3 and above is norm for the class--and the engine features stop-start technology.

Over a 20-mile test route with no particular heed paid to efficient driving, its trip computer displayed a figure of 40 mpg--not at all bad, in our experience of gasoline vehicles.

Mercedes-Benz A Class A180 quick drive

Not for the U.S... at least in this form

Sadly, and contrary to our earlier reports before Mercedes had made up its mind, the A Class won't be appearing in the U.S.--in basic spec or otherwise.

Happily though, it may be selling something very similar--the CLA Class.

Based on the A Class's running gear, the CLA adds a traditional sedan trunk and a more rakish roofline. It should appear in the U.S. in 200-horsepower CLA 250 form, and while gas mileage won't match the A180, it may still get close--the CLA will be the most aerodynamically-efficient production car on sale.

The CLA, and indeed the A Class prove several things. One, that an efficient car need not feature dull styling. Two, that you need not always go for the highest specification to enjoy a car. And three, that a small, front-drive Mercedes-Benz can still feel like a proper Mercedes-Benz.