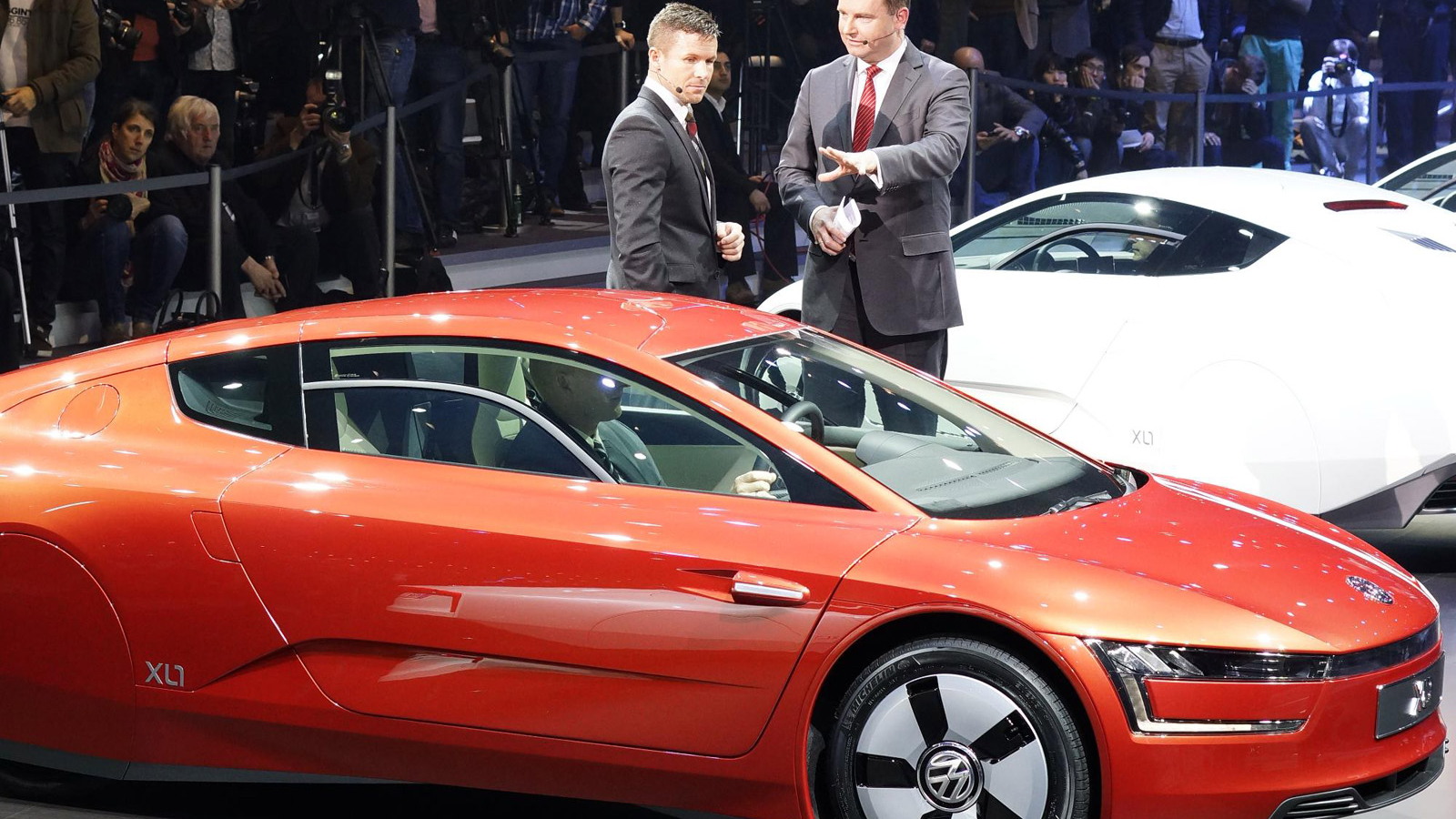 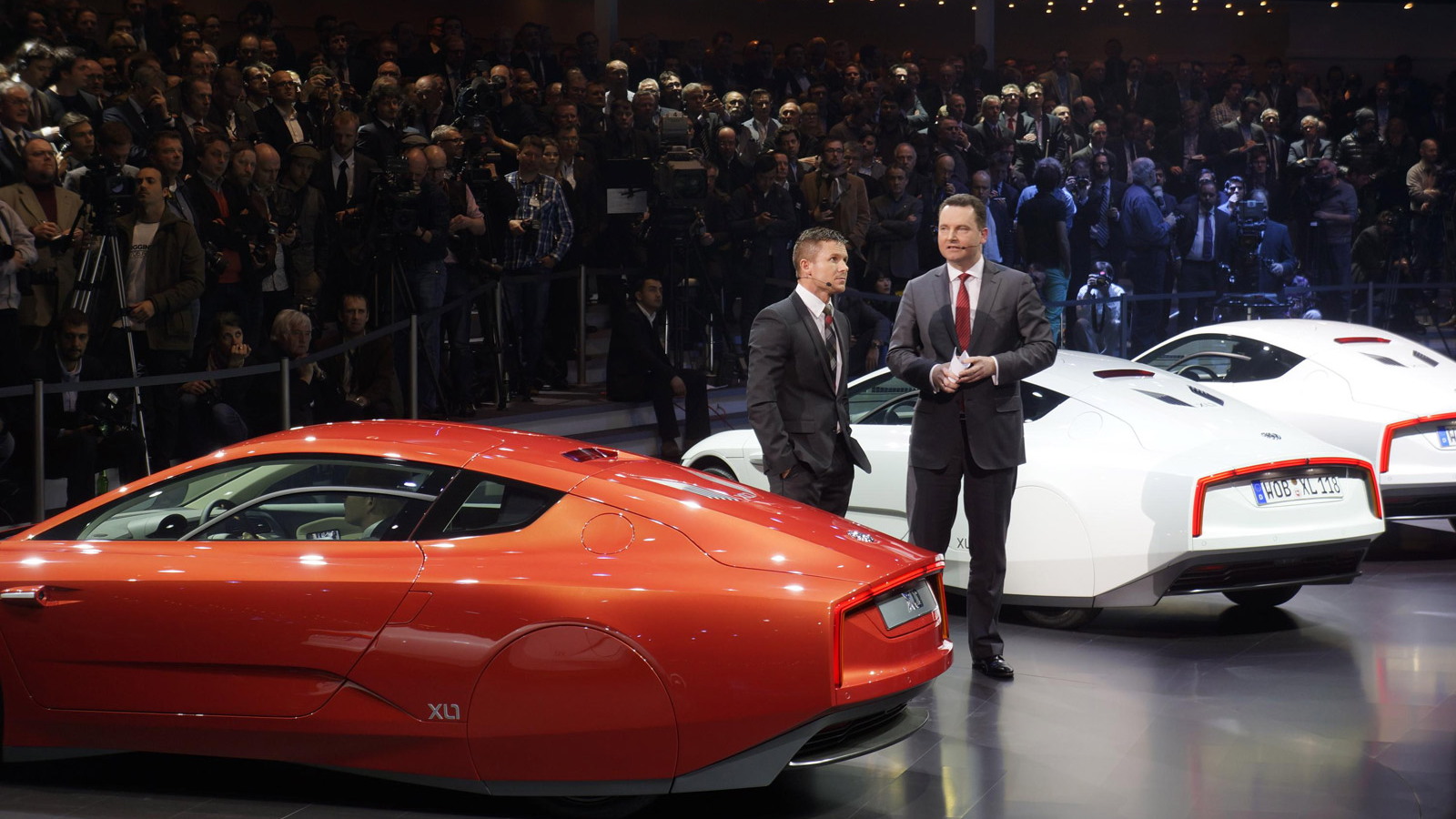 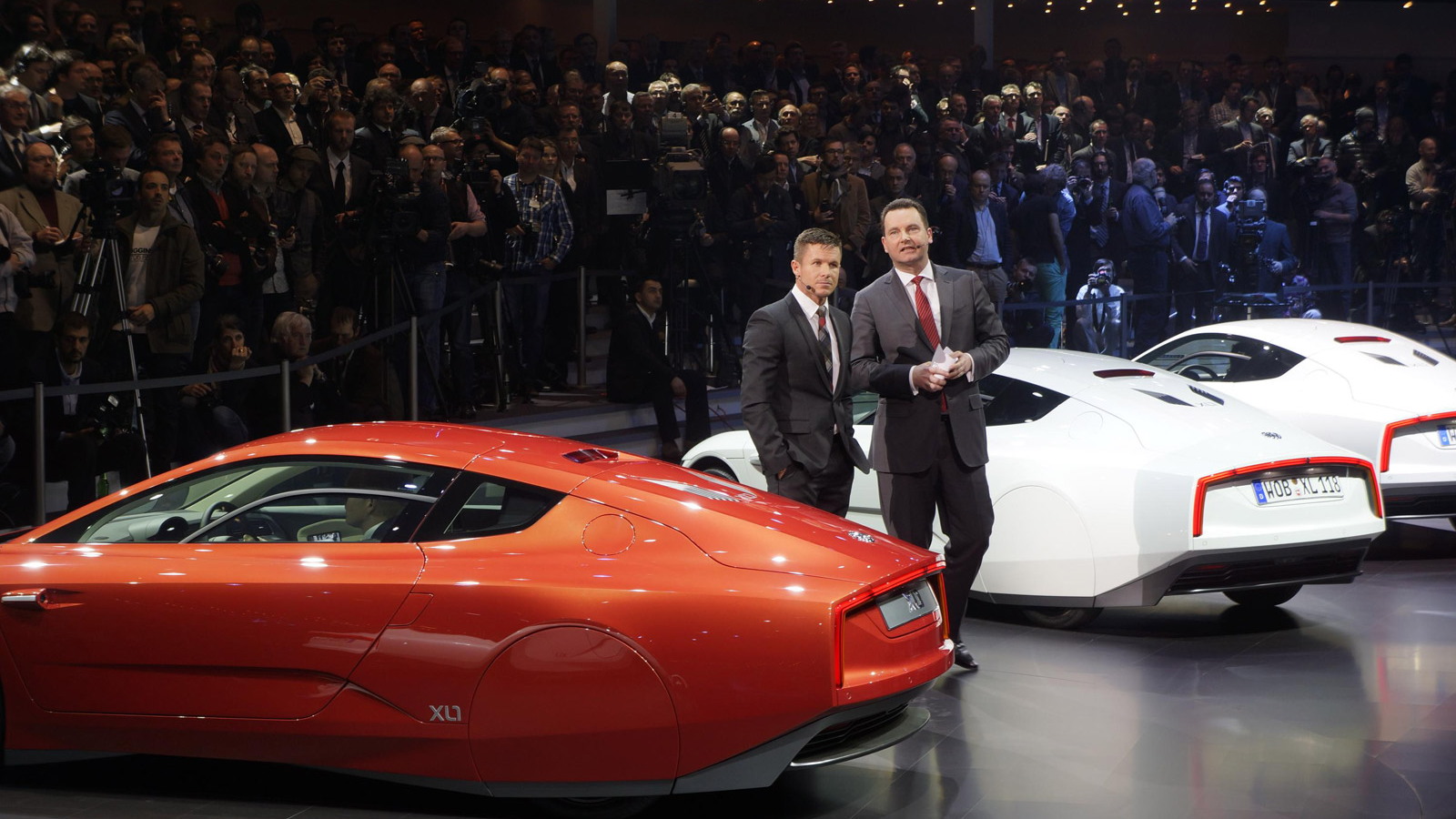 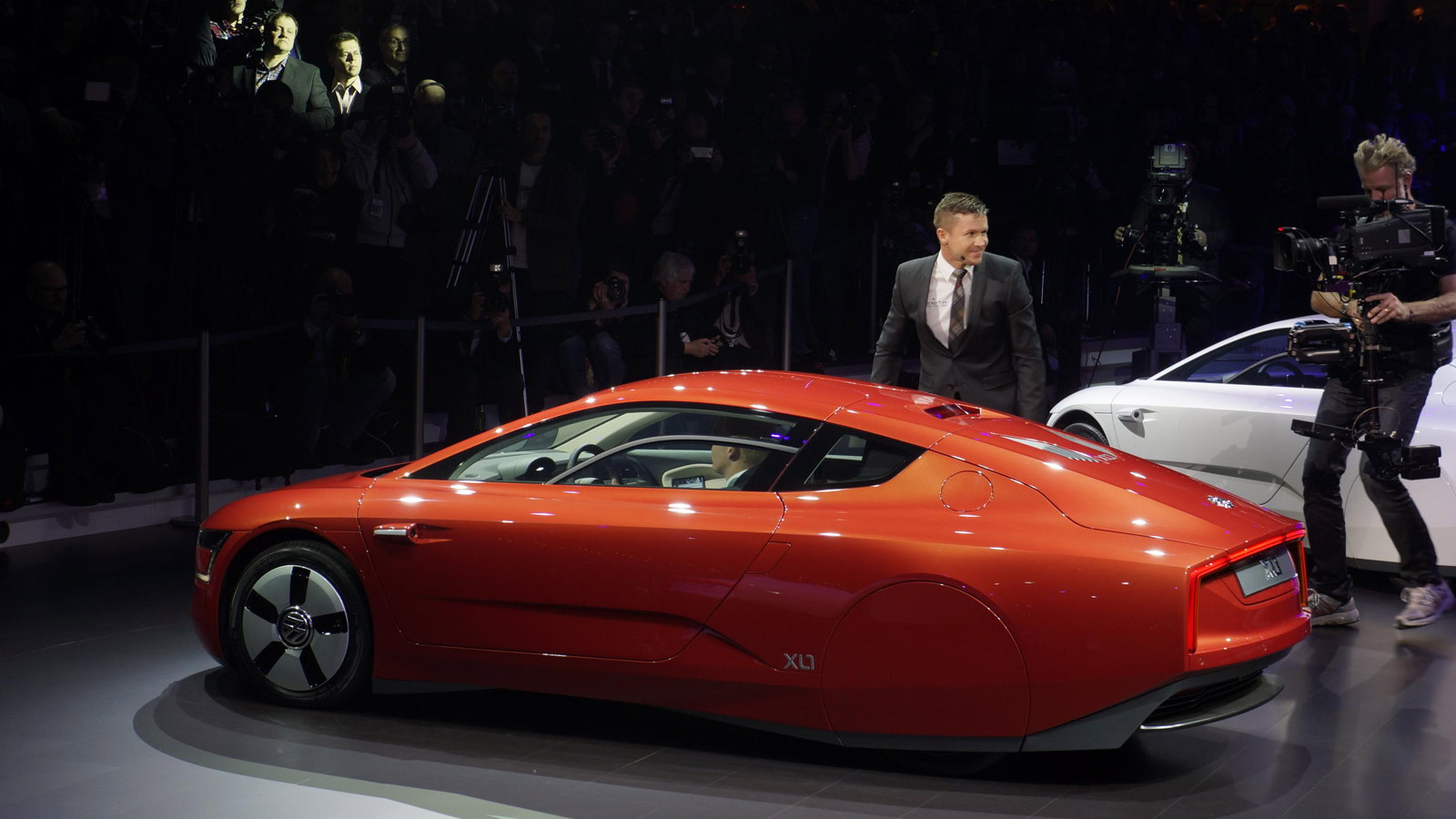 Will this be the car that finally makes the ultra-aerodynamic and futuristic GM EV1 electric car look old-fashioned?

Today, VW Group took the wraps off the production version of the Volkswagen XL1, a turbodiesel plug-in hybrid two-seater that will be its most fuel-efficient model ever offered.

The ultra-streamlined XL1 was first shown as a concept car in January 2011.

Efficiency starts with an extremely lightweight 12-foot-long body made of carbon-fiber-reinforced plastic, with an astoundingly low drag coefficient of just 0.186 and total weight of only 1,750 pounds.

That's partially due to its staggered, seating, which reduces the car's overall width--and thereby its frontal area--to reduce the amount of air it displaces moving down the road at speed, all in the name of saving fuel.

You'll also notice the rear wheels are inset, and there are no door mirrors--with the XL1 using rear-view video cameras instead.

Fuel efficiency is quoted as 261 miles per gallon on the European test cycle, though as always that doesn't translate directly to what the U.S. EPA might put on a window sticker--if the XL1 were ever to go on sale in the U.S.

And achieving that fuel economy does require a few recharges of the car's lithium-ion battery pack, which is mounted up front, with the engine, motor, and transmission in the tail behind the passengers.

If you don't plug it in, it gets a mere 120 miles per gallon--again on the European test cycle. But steady-state cruising at 62 mph requires just 6.2 horsepower, so once you get it up to highway speeds, the XL1 is insanely fuel-efficient.

The car's fuel tank holds merely 10 liters, or about 2.6 gallons, of diesel fuel.

Sadly, the XL1 is unlikely to make it to the U.S. Among other things, it's likely to be quite expensive. With two powertrains and a pricey battery pack, Volkswagen has said it will be far, far more expensive than a mass-produced Volkswagen Golf.

Volkswagen will initially build about 50 copies of the XL1 to gauge demand, with more possible if sales take off.

The production version of the XL1 follows a decade of Volkswagen concept cars with the goal of producing a "1-liter car," or a vehicle that could travel 100 kilometers (62 miles) on 1 liter of gasoline (or about 1 quart).

For more pictures, launches and details from the Geneva floor, head over to our special Geneva Motor Show page.