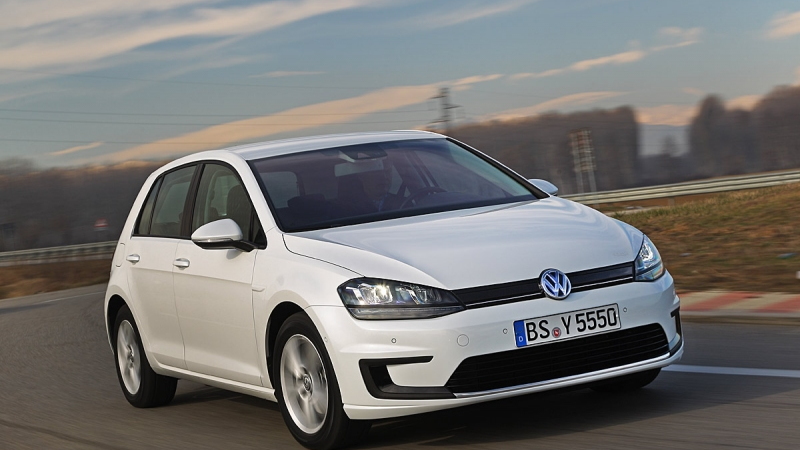 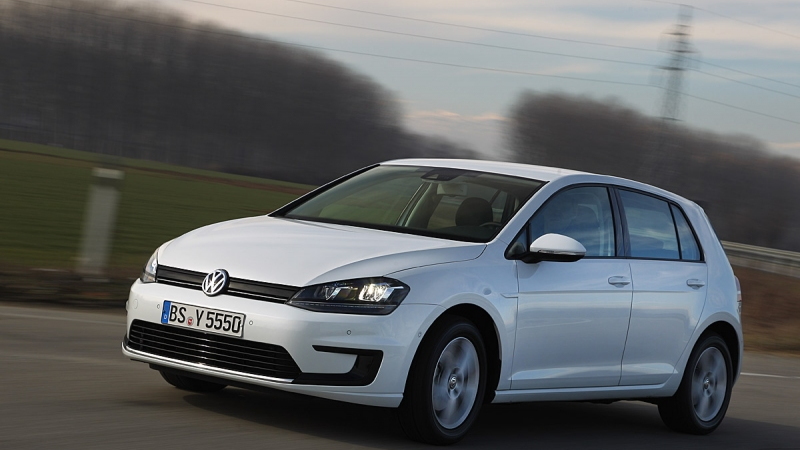 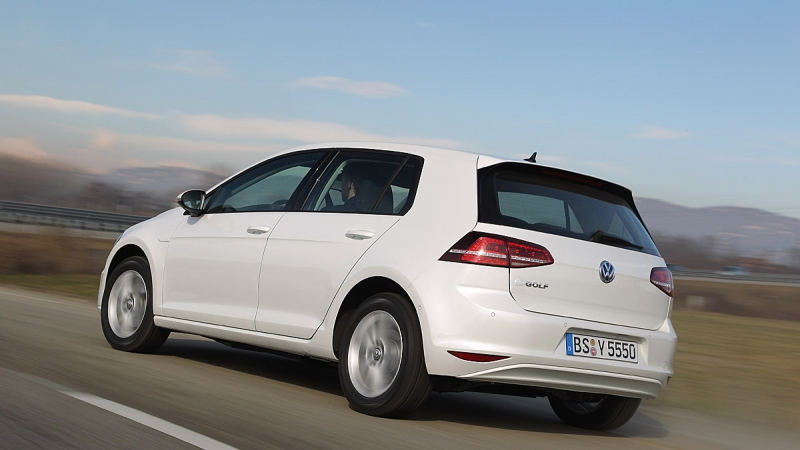 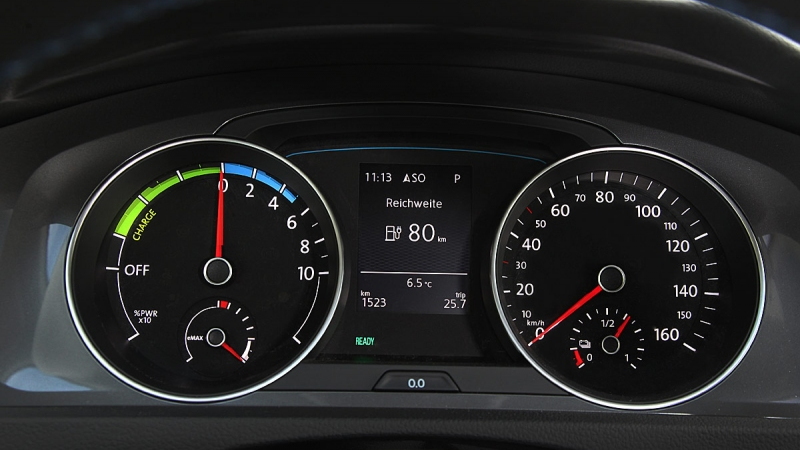 7
photos
German automaker Volkswagen has been teasing electric versions of its Golf for a while now (several decades, in fact) but images of a production model have now been leaked.

Czech website AutoForum.cz shows images of the latest e-Golf, based on the brand new Mk7-generation car.

The car will be revealed in full at the 2013 Geneva Motor Show in the next few weeks, but preliminary details suggest it won't be dissimilar to major competitors like the Nissan Leaf or Ford Focus Electric.

A 26.5 kilowatt-hour lithium-ion battery pack should give a range of around 108 miles, presumably on the European cycle. This is near-identical to the Nissan Leaf's European driving range, so a similar EPA figure of between 70-80 miles can be expected.

Likewise, performance should be similar.

Naturally, weight has risen over that of a standard Golf, by just over 550 pounds. Luggage space has decreased by a negligible cubic foot, thanks to the placement of the batteries under the rear seats.

Three driving modes should be available, letting drivers extract the most from their e-Golf. Normal, Eco and Range settings can be selected. The first leaves everything as-is, while Eco cuts power to 95 horsepower and reduces top speed. Range really curtails speedy driving, with top speed limited to just 59 mph and disconnects the air conditioning unit.

Little more has been revealed about the e-Golf, but we expect more details to pour in as the Geneva Motor Show draws closer.