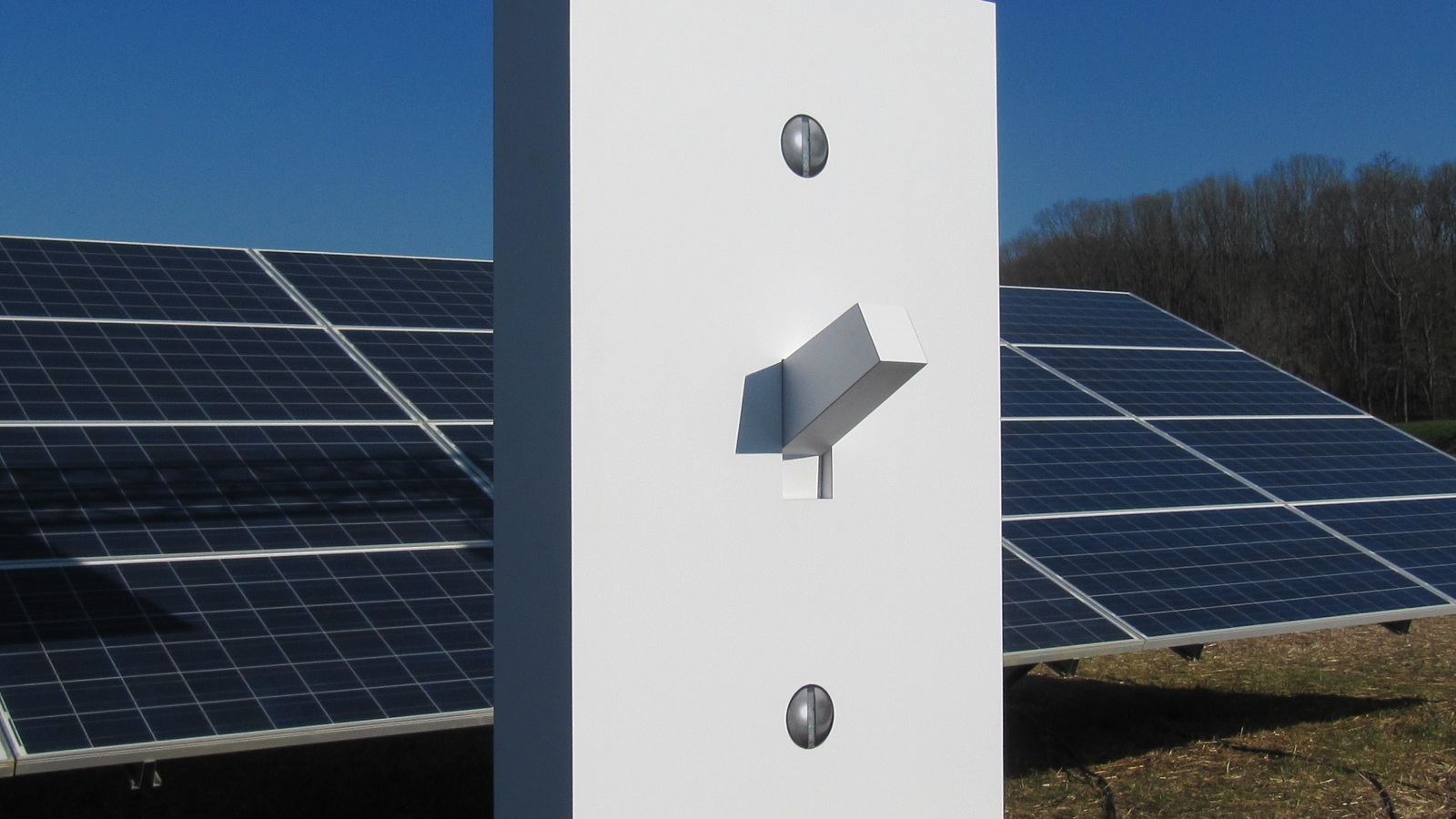 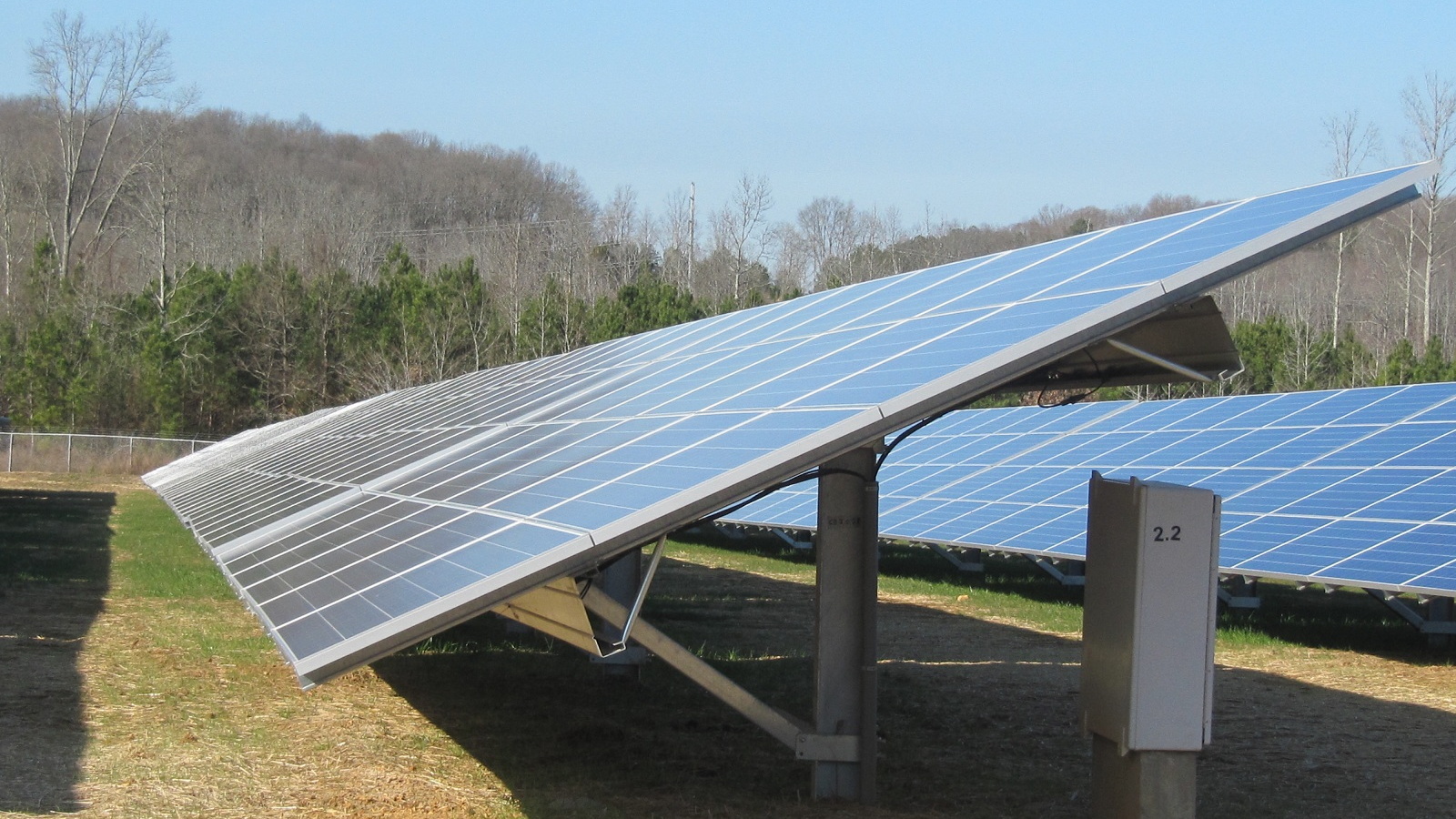 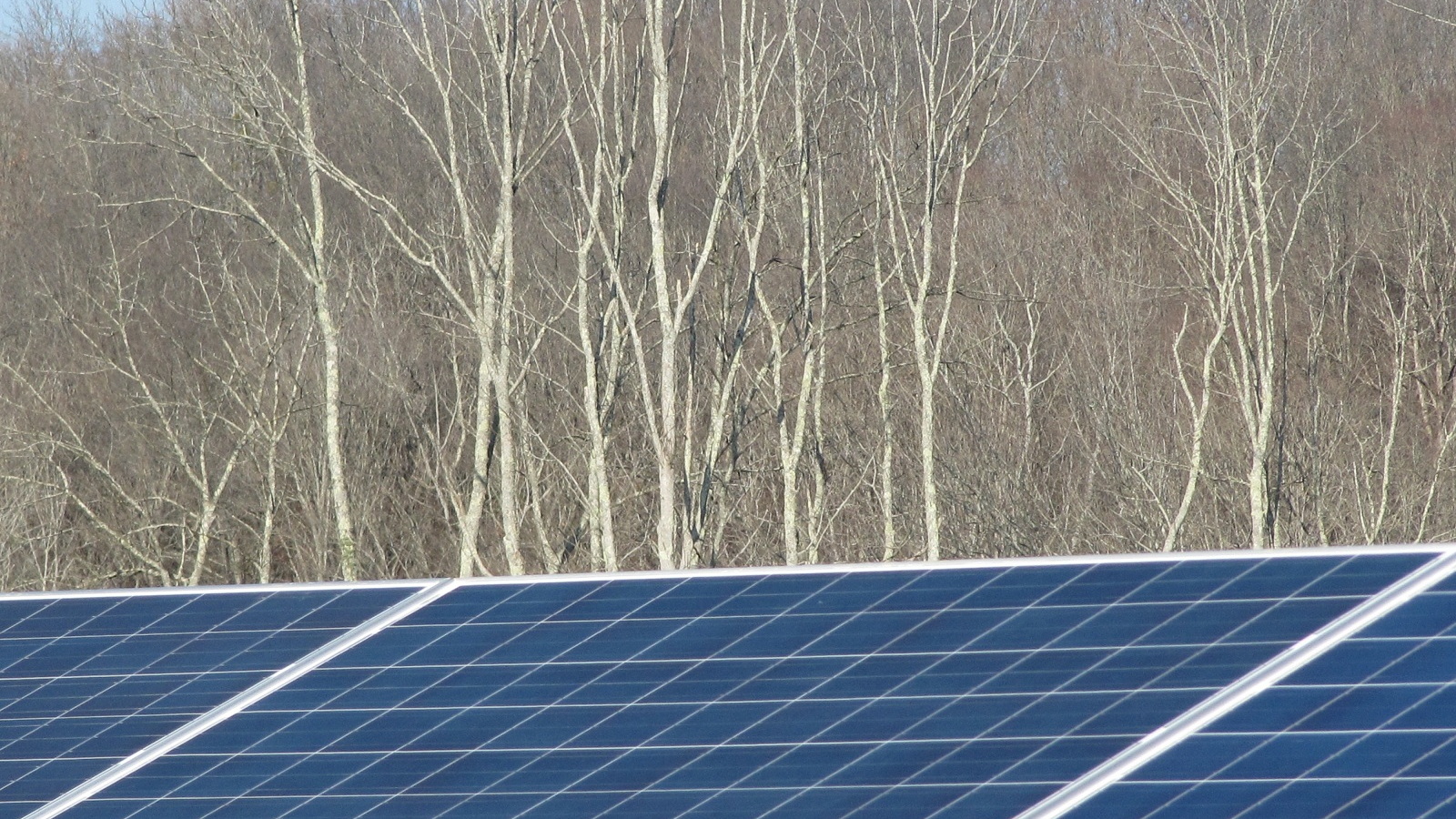 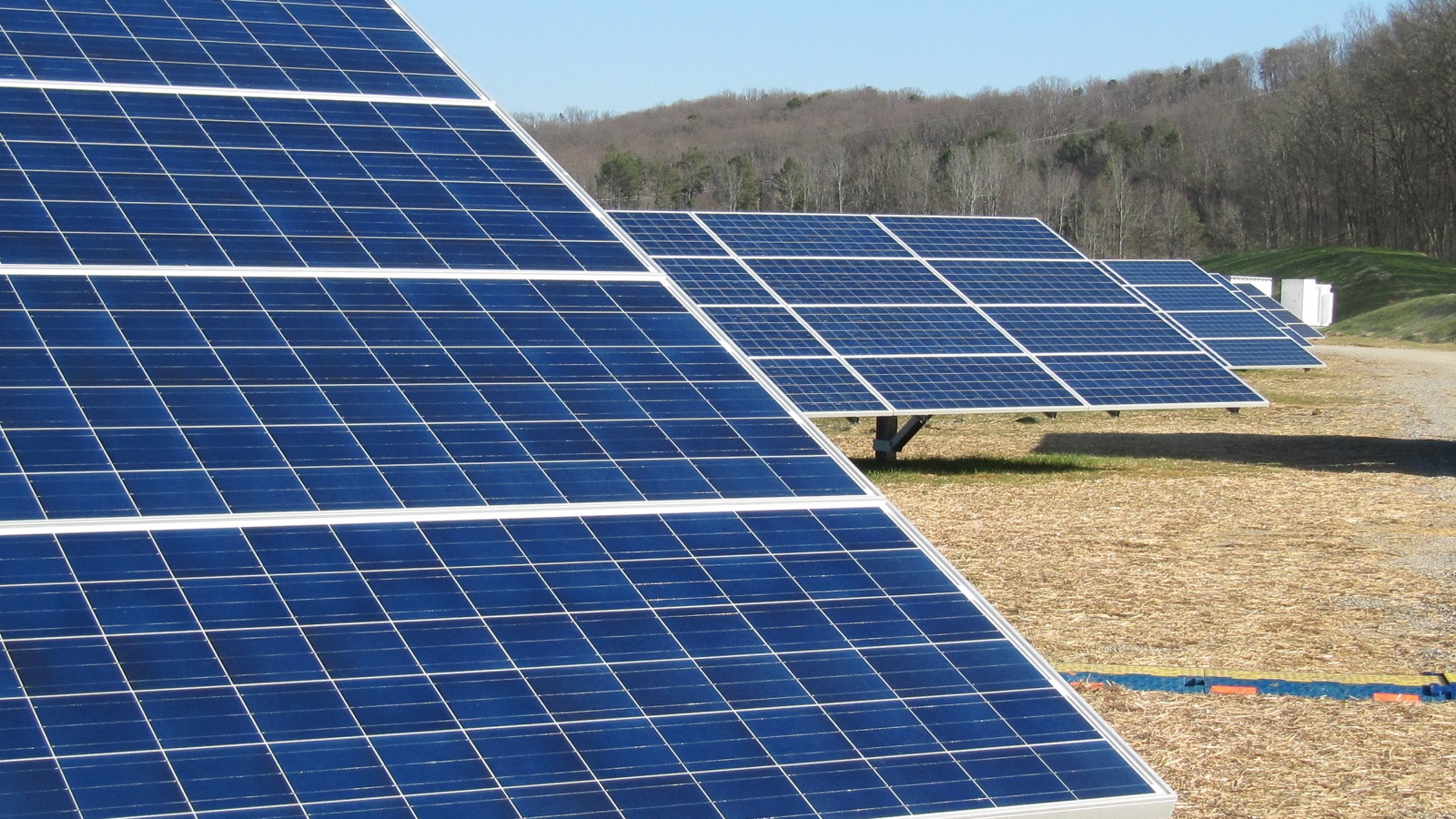 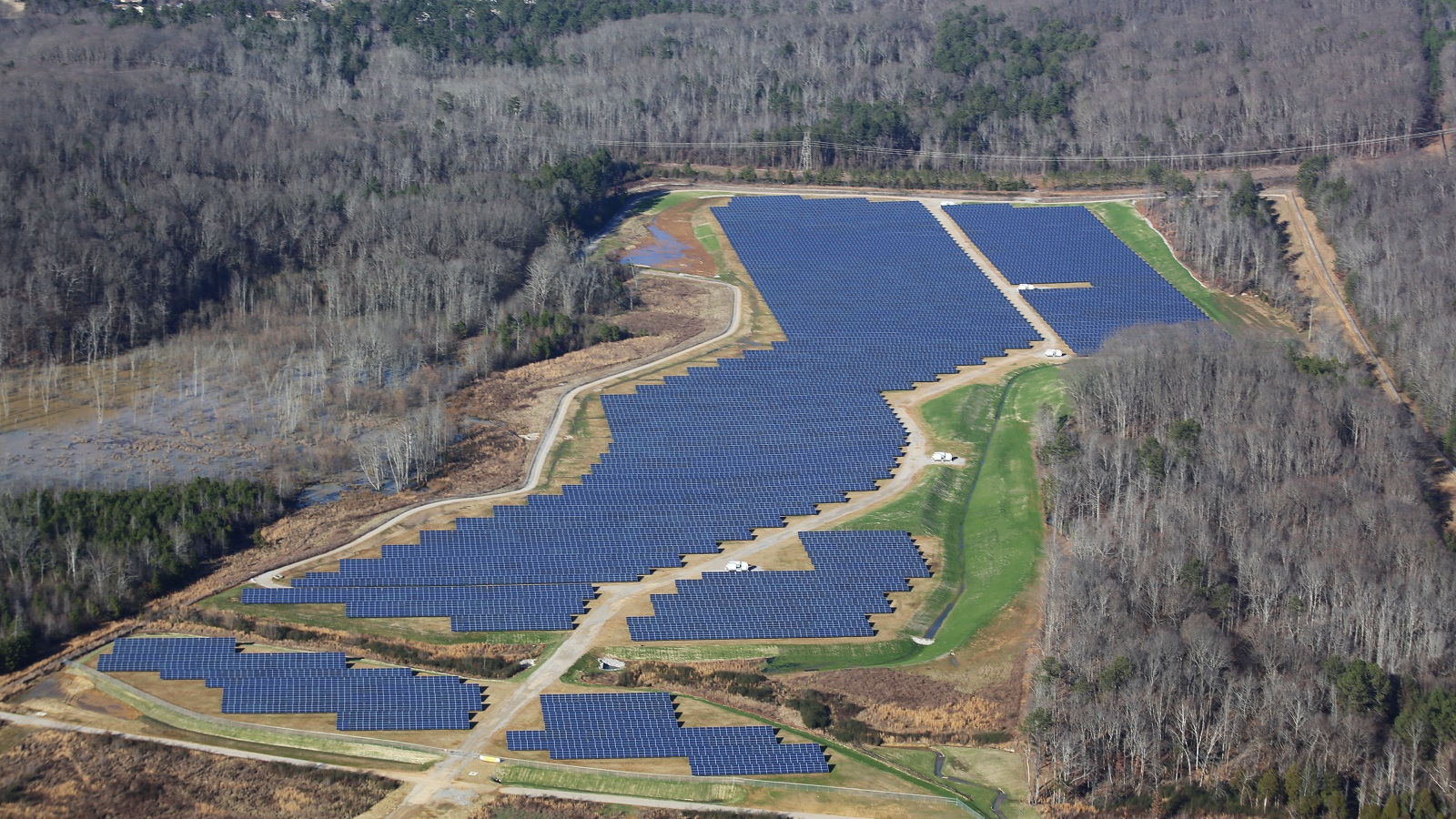 Volkswagen flipped a large ceremonial switch yesterday that signaled the official launch of a huge array of photovoltaic solar cells at its Chattanooga assembly plant, which builds the Volkswagen Passat mid-size sedan.

The new solar field can supply up to 12.5 percent of the plant’s total energy needs, adding to an already low-carbon electricity supply that includes roughly 50 percent nuclear and hydro generation.

With a generating capacity of 9.6 megawatts of direct current, the 33-acre solar field is the largest one at any industrial plant in the world, the largest in Tennessee, and the largest at any automaker.

Fully 65 acres of land on the 1,400-acre plant site are dedicated to the solar array, whose total energy production is 13.1 gigawatt-hours each year—or roughly the energy used by 1,200 homes.

It was designed and built, and is owned and operated, by Silicon Ranch, at an approximate cost of $28 million. The photovoltaic solar panels are manufactured by Phoenix Solar, the U.S. arm of a German photovoltaic manufacturing firm. The cells themselves were fabricated in China and Mexico.

The field was actually first powered up in November, but today’s event brought together executives from Volkswagen Group AG, local dignitaries, and both businesses and environmental journalists.

Volkswagen will not get a payback on the solar power, according to Frank Fischer, CEO of Volkswagen Group of America. But the photovoltaic array is part of an entire set of sustainable manufacturing practices—under VW’s “Think Blue” sustainability philosophy—that is cutting the company’s manufacturing costs substantially. It includes reductions in energy, materials, and water use, and cut both airborne emissions and waste.

The solar field is the last of several elements required to earn the Chattanooga plant a prestigious LEED Platinum designation for sustainability. It thus becomes the only auto assembly plant with a Platinum rating, which requires a diverse array of best practices in sustainability.

The Chattanooga plant is intended to be a benchmark in sustainability for an auto assembly plant, and a role model for VW plants around the world, said Wolfram Thomas, VW Group’s senior vice president for environment, energy, and new business areas.

The plant is built, for instance, on a brownfield site where TNT was formerly manufactured. The construction process included measures to minimize land erosion, and roughly three quarters of the construction waste was recycled.

The plant is lit partly with natural light through skylights, and hundreds of thousands of gallons of rainwater are gathered each year from its roofs for use in flushing toilets.

Much of the 1,400 acres on which the plant sites will remain as wetlands, and a stream running through the property was diverted to provide more absorption of rainwater to reduce the impact of runoff on local rivers.

The Passat itself is manufactured using best assembly practices, especially in the paint shop. It does not use a primer paint coat, and water-based paints, dry powder absorption of overspray, and other techniques combine to reduce emissions and cut water use.

“We are Germans,” said Thomas in his introductory remarks. “We are thorough.”

That thoroughness applies, in this case, to the company’s approach to spreading sustainability practices across its global network of parts and assembly plants. VW Group opened its 100th global plant, an engine-building facility in Silao, Mexico, last week.

The company plans to cut its overall carbon emissions in 2015 by 30 percent over the level in 2006, and it has committed to make every new generation of a given car line 10 to 15 percent more efficient than the car it replaces.