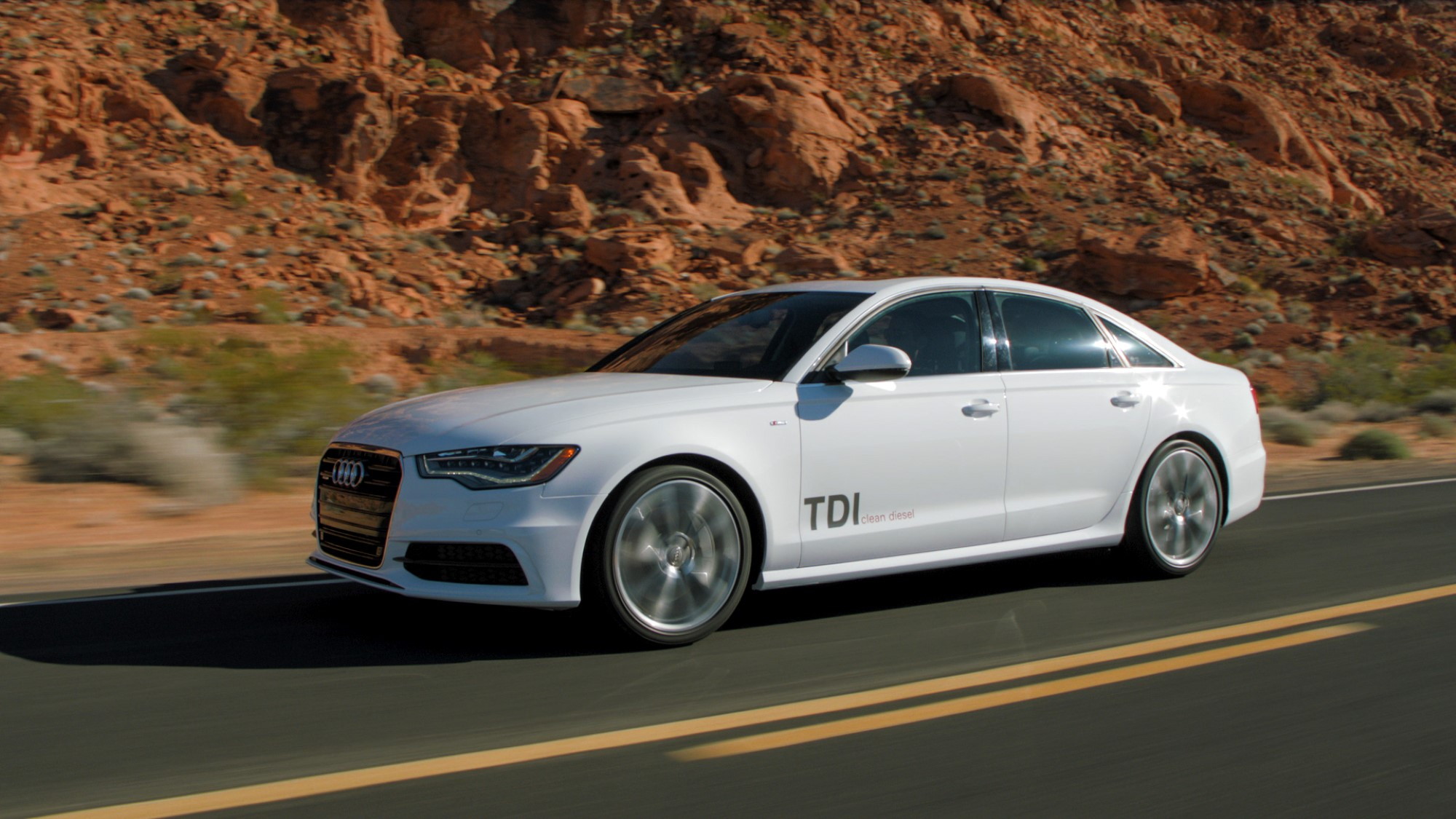 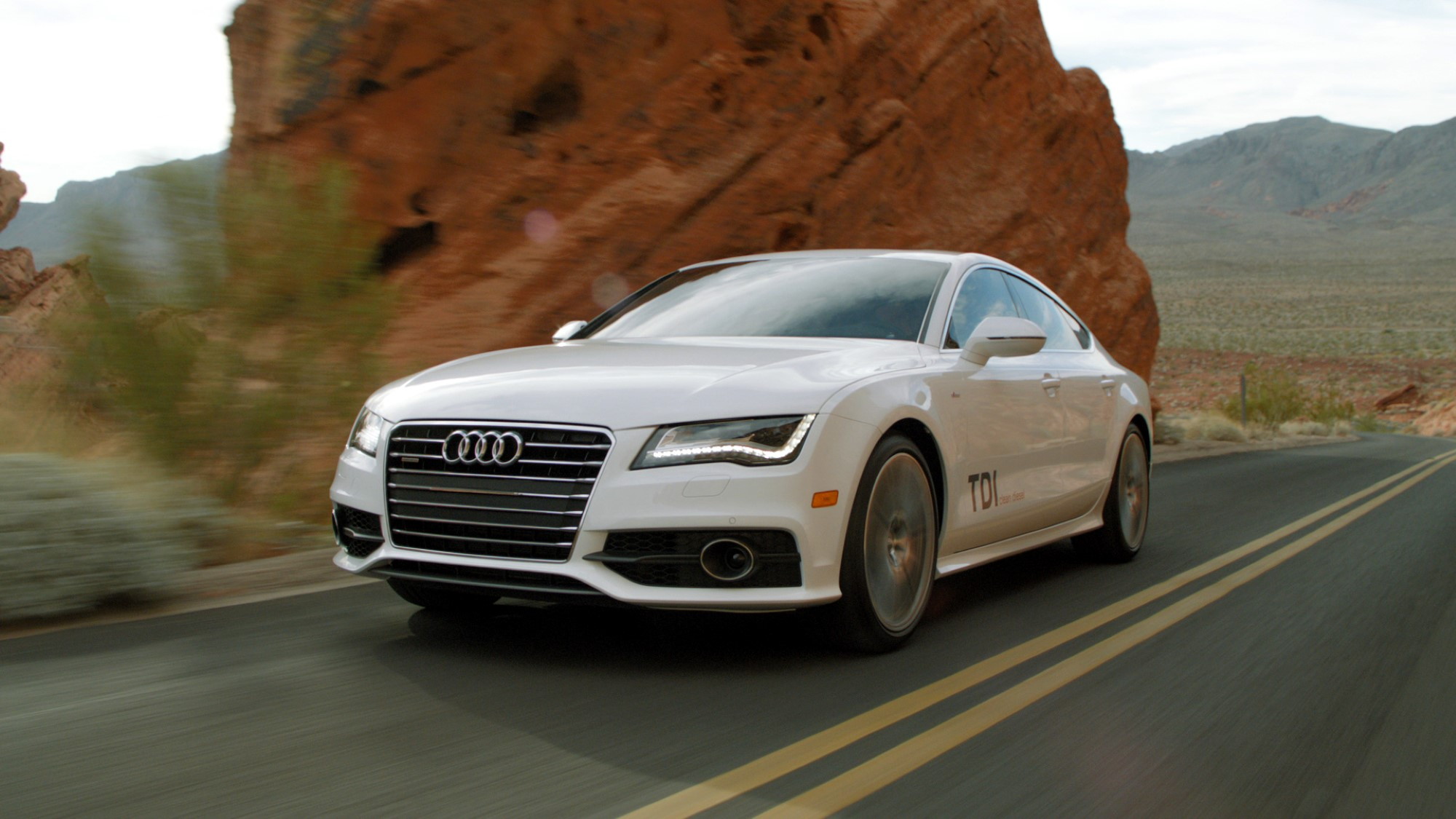 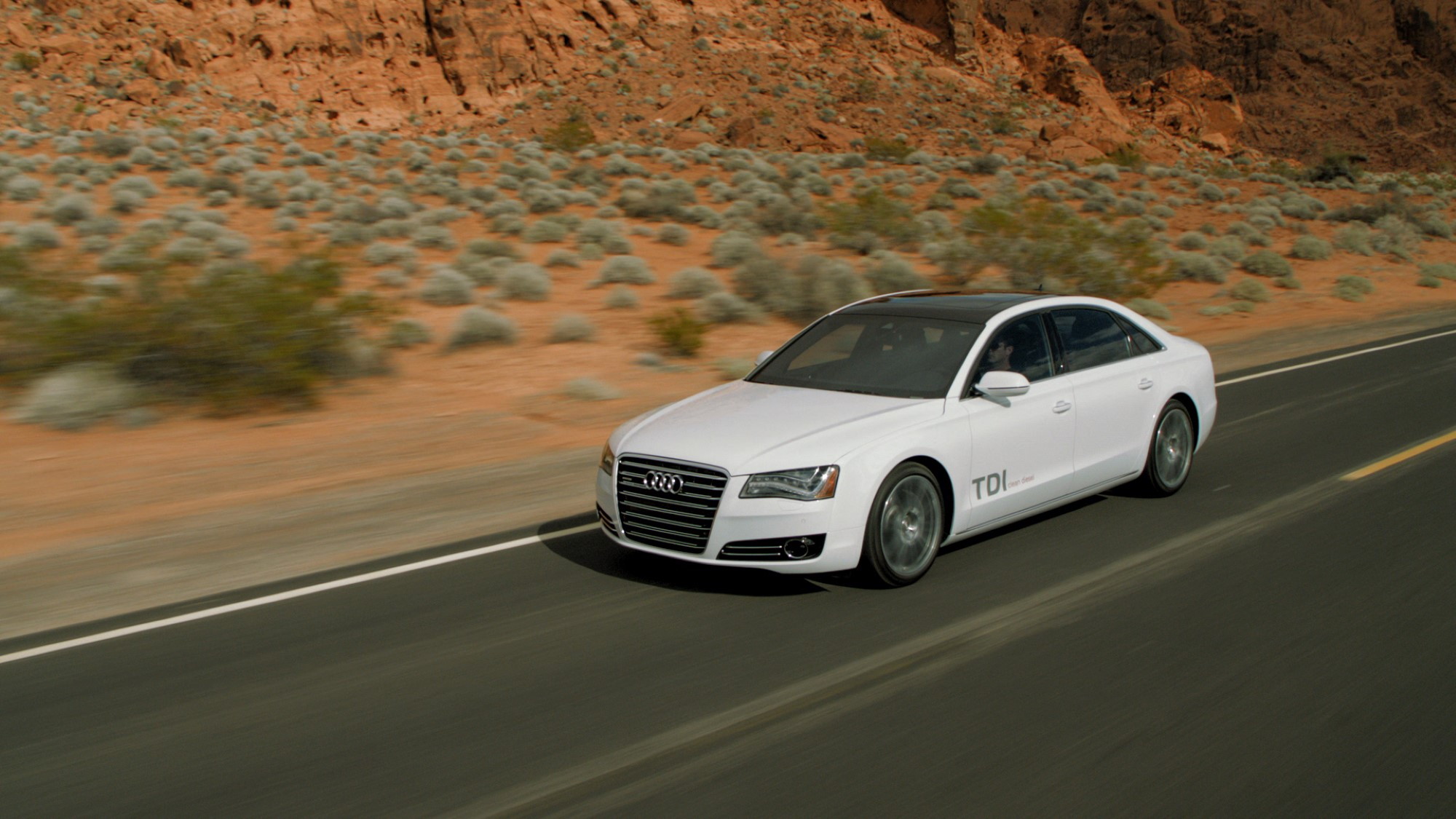 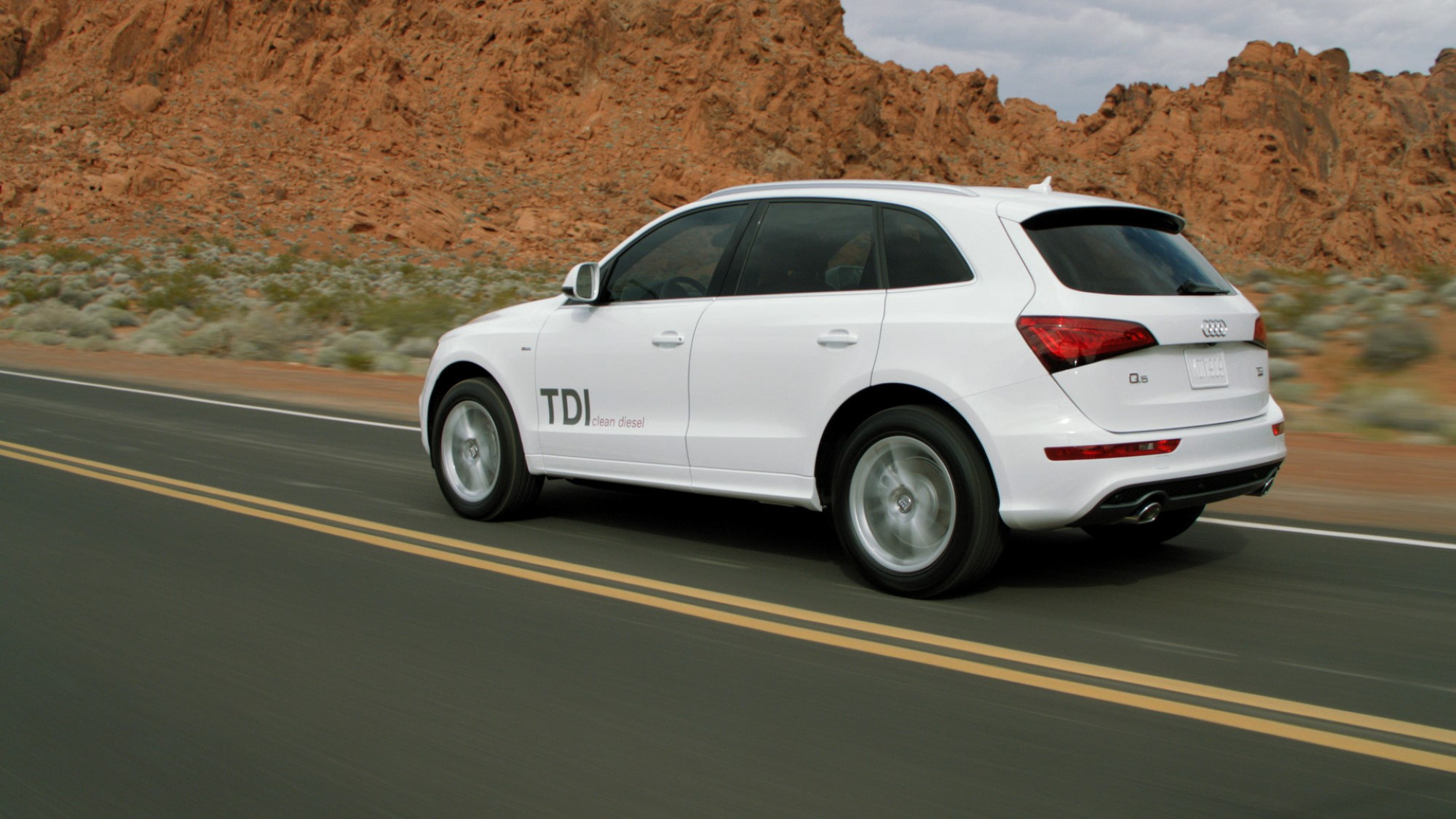 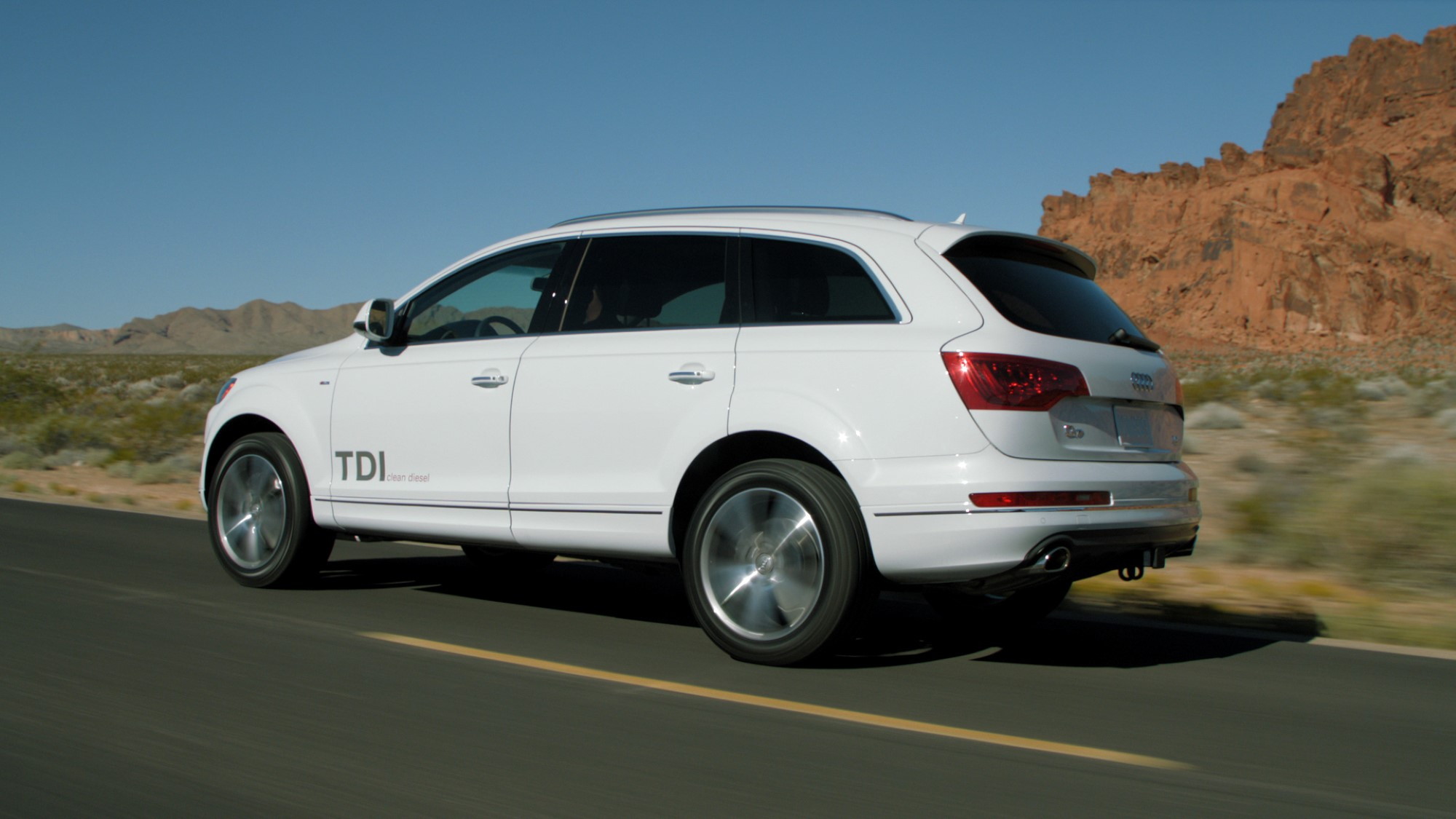 7
photos
Audi has been promising more diesel models in its U.S. lineup for a while now, and it fulfils that promise at the 2012 Los Angeles Auto Show.

Joining the existing Q7 TDI, which gets an update, Audi will introduce diesel versions of the A8, A7, A6 and Q5.

The company claims each model will deliver up to 30 percent better gas mileage and 30 percent lower CO2 emissions than the gasoline equivalent, while the new 3.0-liter clean-diesel engine produces 240 horsepower and 406 lbs-ft of torque.

Audi's flagship A8 range will be the first to get the new TDI unit, in Spring 2013. The aluminum-bodied executive sedan is expected to achieve 24 mpg city and 36 mpg highway in EPA testing.

That's a significant improvement on the existing, V-8 engined A8, which manages only 18 mpg city and 28 highway. The diesel model is still quick, too--60 mph comes up in only 6.4 seconds.

The next three diesel models will arrive in the fall of 2013, and all utilize the same 3.0-liter engine as the larger A8 sedan. All should feature best-yet fuel efficiency, without compromising on Audi's core values of performance, quality and technology.

All the Audi TDI models will be on display at the L.A. Auto Show later this month.

If you'd like to keep up with the TDI models on Twitter, Audi is using the hashtag #FuelForThought throughout the show. Alternatively, you can keep up to date with our own show coverage on our L.A. Auto Show page.