If you live in a busy city and don’t use a car on a daily basis, making use of a car-sharing service like ZipCar is certainly one of the greener ways to get behind the wheel of a car when you need to.

It’s no surprise then, that ZipCar’s fleet already includes some of the greenest cars on the market today, including the 2012 Toyota Prius and 2012 Honda Insight hybrids, as well as the 2012 Chevrolet Volt plug-in hybrid.

Now ZipCar customers in San Francisco can choose an even greener car to hire by the hour: the all-electric 2013 Honda Fit EV

With the same 92 kilowatt, 189 lb-ft electric motor used in Honda’s much larger Clarity FCX hydrogen fuel cell vehicle, the Fit EV should have no problem tackling even the toughest of San Francisco’s notorious hills.

Meanwhile, with the highest EPA efficiency rating of any car, and an EPA-approved range of 82 miles per charge makes, it should be possible to drive the Fit EV from central San Francisco down to Mountain View and back, where Google has several Fit EVs in testing as part of its GFleet. 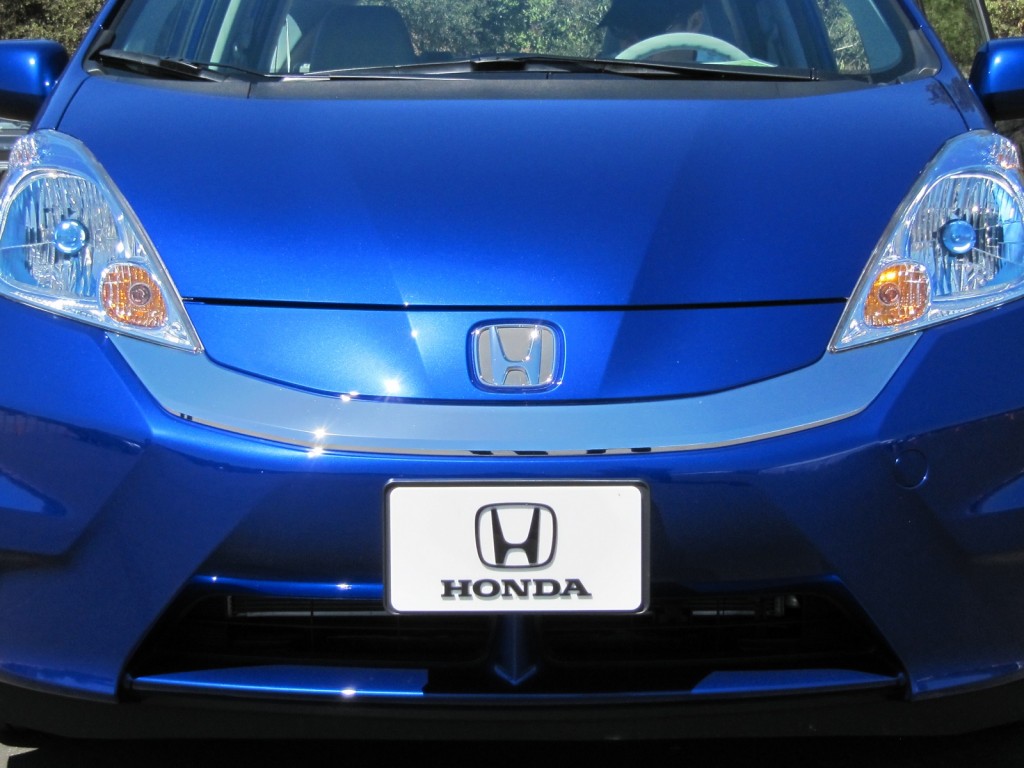 With a built-in 6.6-kilowatt charger, the 2013 Fit EV should be able to charge its 20 kilowatt battery pack from empty to full in 3 hours or less.

Since most ZipCar trips are under 25 miles in length, this should mean very limited downtime between rentals for recharging.

A compliance car, built to ensure Honda meets California rules requiring sales of a set number of zero-emission vehicles, only 1,100 Fit EVs will be made and leased by Honda during 2013 and 2014.

They won’t be sold, meaning anyone who wants to drive one needs to be content with a $389, 36-month lease, and live in only a handful of cities in the U.S. due to get the car.

Or, be a member of ZipCar and happen to live or work in, or be visiting, San Francisco.

Given the fact that we found the 2013 Fit EV handled better than the 2012 Nissan Leaf, and was a little more fun to drive, we can certainly recommend trying one the next time you’re in San Francisco.