Yesterday, Honda started production of its 2013 Accord. Due to go on sale in the U.S. this fall, it will be offered with a whole new range of engines and transmissions designed to make it the greenest Accord yet.

Although the 2013 Honda Accord sedan and coupe will be offered with an all-new 3.5-liter V-6 engine mated to either a 6-speed automatic or 6-speed manual transmission, perhaps the most interesting engine will be its all-new 4-cylinder direct-injected engine.

At 2.4-liters in capacity, the new Atkinson-cycle engine will be offered with either a 6-speed manual transmission, or a brand-new continuously variable transmission (CVT). 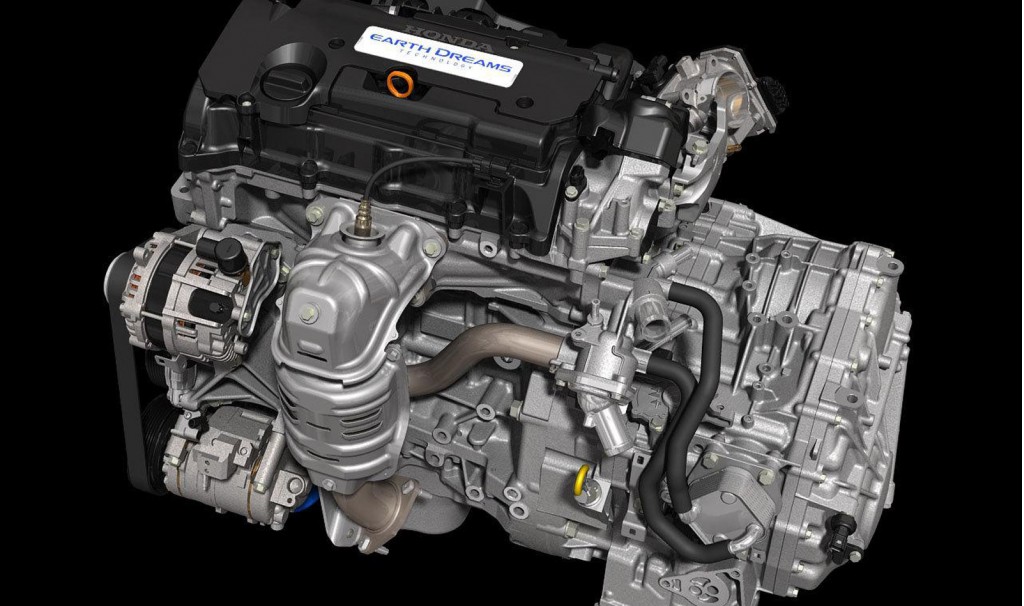 Since CVT transmissions do not use traditional gears, we can assume that Honda is referring to a paddle shift (or similar) system that calls up pre-programmed upshifts and downshifts to make the CVT behave more like a conventional transmission when the driver feels the need.

Also included in the engine lineup for the 2013 Honda Accord will be a plug-in hybrid variant, which Honda has said will offer an all-electric range of around 15 miles per charge. It will also mark Honda’s move away from mild-hybrid systems to two-motor, full-hybrid systems.

Honda has yet to release the gas mileage of the 2013 Honda Accord, but when it first unveiled its Earth Dreams engines last year, it promised the engines would help it lead the industry in fuel efficiency in every segment within three years.