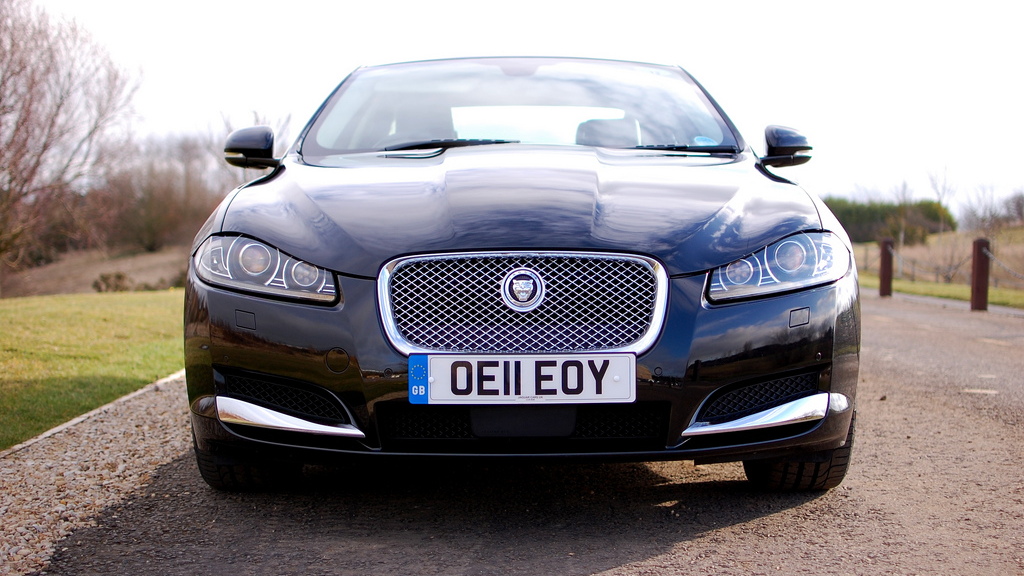 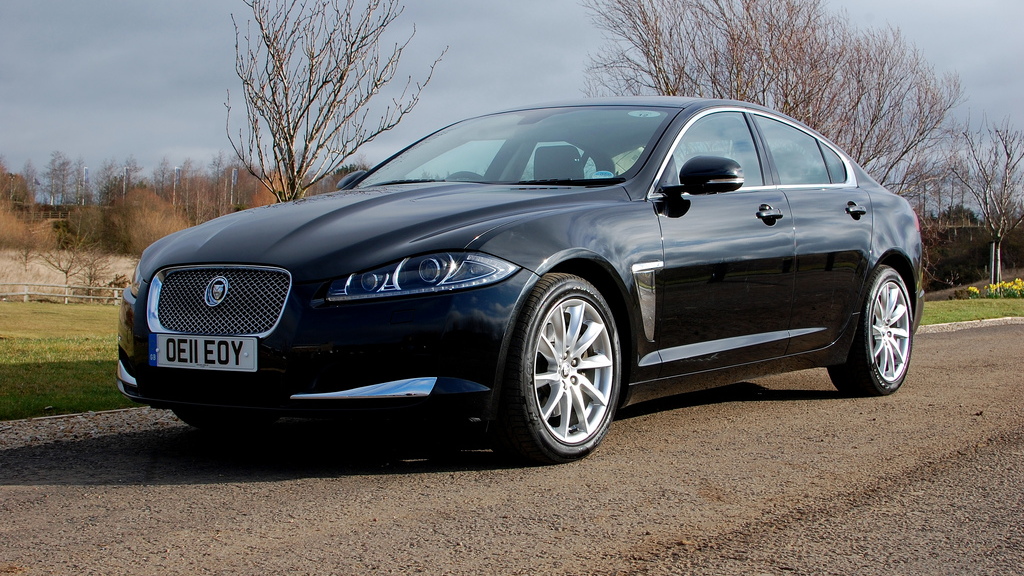 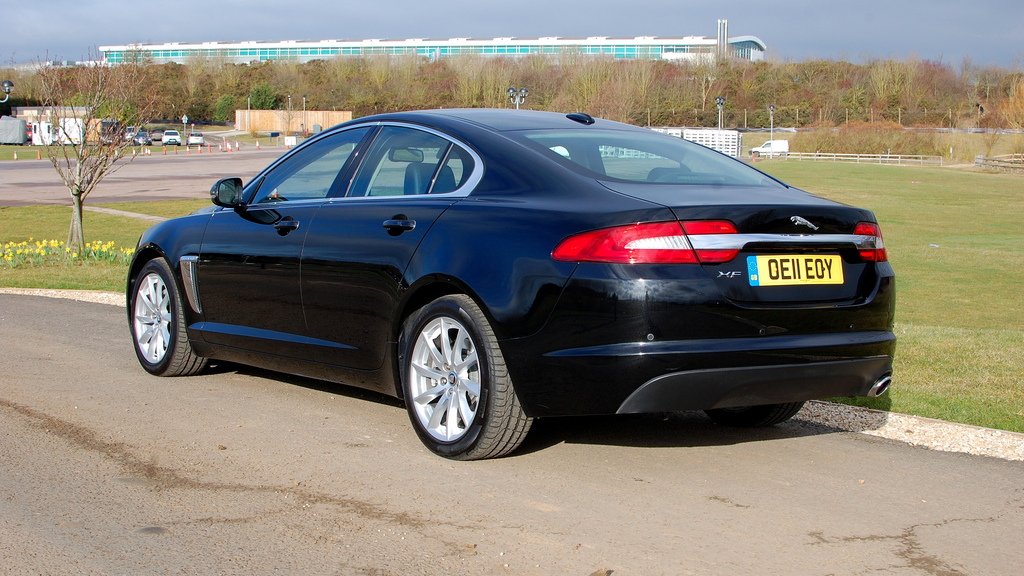 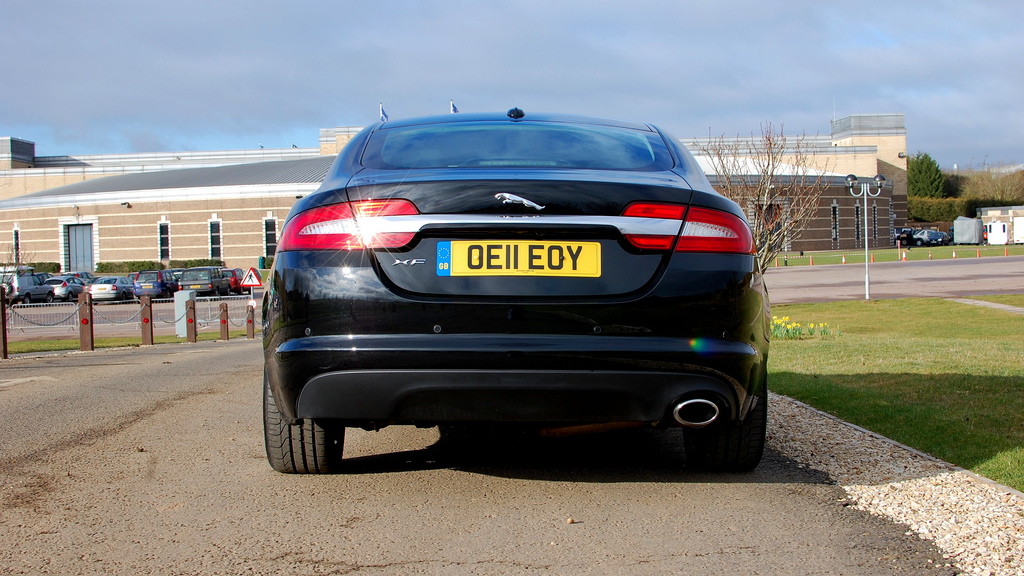 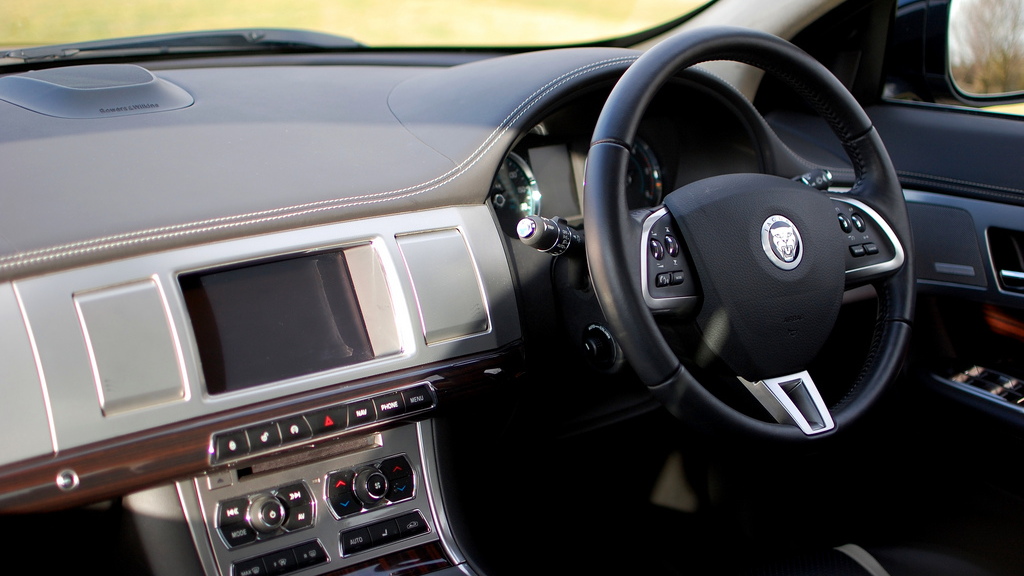 There are - believe it or not - advantages to living in England.

Okay, so the weather is as depressing as the stereotypes suggest, and the average price of gas is currently around $8.17 per gallon, but we do occasionally get cars denied to those on U.S. shores.

One of those is the Jaguar XF, powered by a 2.2-liter, four-cylinder turbodiesel engine, and we were invited to drive it at an event hosted by Jaguar and Land Rover.

While European drivers still have access to the gasoline V8 and supercharged XFR models, they also get two diesels - a 3.0-liter V6, and a 2.2-liter four-cylinder, with 163 and 190-horsepower options.

We drove both the 3.0 and 2.2, but the latter comes with a headline figure of 43.5 MPG on the European combined cycle - and 49 MPG on the "extra urban" cycle, roughly equivalent to the EPA's highway cycle.

Now, as ever, we'll point out that EPA and EU cycles rarely tally. EPA combined for the gasoline V8 is 19 MPG. The same car in Europe gets just over 21 mpg. The highway and "extra urban figures are even more out of sync, at 23 MPG EPA, and 30 MPG EU.

If we take a similar 25 percent off the highway rating, an XF 2.2 Diesel could achieve around 36 or 37 MPG in EPA ratings - a useful increase over the V8.

We were lucky enough to compare the XF 2.2D to the 3.0D and the hugely rapid XFR.

While the 2.2 was significantly down on both power and torque next to the faster models, it hardly disgraced itself. The four-cylinder diesel is very refined and although it's noticeably a diesel, the noise isn't intrusive. It could be described as "distant", almost as if the engine is running in a car beside you, rather than your own.

Performance is more than adequate too. It may feel a little tardy if you're trading down from a large capacity gasoline car, but with 190-horsepower and 332 pounds-feet of torque it gains momentum quickly, with speeds comfortably over those posted achievable, if you're not keeping an eye on the speedometer...

The XF remains incredibly refined. It's not as quiet as the creamy V6 diesel, but our car in "Premium Luxury" specification had a fairly sensible wheel and tire combination, which was quieter and more comfortable than the sportier variants. The 8-speed automatic transmission means that even at high speeds the engine sits at low revs, and is virtually inaudible.

We were unable to find an "instant MPG" option on the trip computer, but even after a day of being mercilessly thrashed by the British press, the XF's average economy display was still showing 28 MPG - not a bad effort.

Still, that's some way off the 52.4 MPG achieved when Brit duo Alex and David Madgwick drove a 2.2 diesel XF across the U.S. back in November. In fact, the very car we drove was also driven from Birmingham in the U.K. to Munich in Germany, at an average of 48 mpg.

What the Madgwicks' exercise proved, and what our own hour or so with the car helped back up, is that traditional Jaguar values like comfort, performance and beauty, need not be compromised by the requirements of economy.

The Jaguar XF 2.2D is both an economical sedan, and a great Jaguar.

And it's just one more benefit to living in England...