Volkswagen is on a roll in the States these days, with sales of its redesigned Jetta sedan and its all-new mid-size 2012 Passat surging.

The only mass-market German automaker intends to keep the momentum going at next month's Detroit Auto Show. It will unveil a 2013 Volkswagen Jetta Hybrid and show an all-electric concept vehicle that's never been seen before.

The Jetta Hybrid will arrive two years after the launch of the 2011 Jetta compact sedan. That car's lower base price has drawn in more buyers than the previous model, despite some press criticism of Volkswagen for deleting some features and cheapening the car's interior materials.

The hybrid Jetta, to be introduced for the 2013 model year, will use a turbocharged 1.4-liter engine mated to a single-motor hybrid system that sandwiches a 20-kilowatt (27-horsepower) electric motor between the engine and VW's seven-speed DSG transmission.

Electricity to run the motor is delivered from a 1.1-kilowatt-hour lithium-ion battery pack mounted in the trunk.

The new model will make Volkswagen one of the few automakers to offer both hybrid and clean-diesel versions of the same vehicle. The 2012 Volkswagen Jetta TDI clean-diesel sedan is rated at 30 mpg city, 42 mpg highway, for a combined 34-mpg rating. 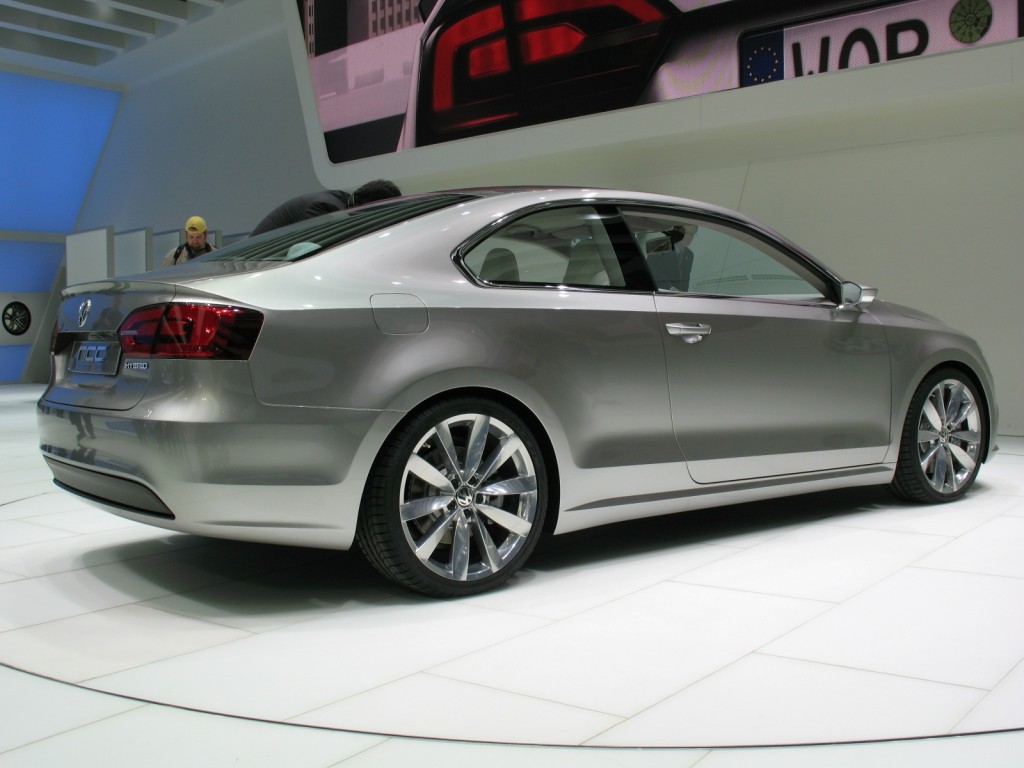 The company's TDI diesels are known to deliver better real-world mileage than their EPA ratings, meaning the Jetta Hybrid will have a high bar to clear in delivering high gas-mileage for a hybrid buyer who may now expect mileage of 40 mpg or more.

By contrast, the highest gas mileage for any gasoline 2012 Jetta sedan is 24 mpg city, 34 mpg highway, and 28 mpg combined for the 2.0-liter, five-speed manual model.

As for the concept car, VW says its electric concept vehicle won't be based on a current or planned vehicle, and may never go into production. That contrasts with many "concepts" shown today by automakers, which are just thinly disguised upcoming models-

According to USA Today, the concept may have some design cues from the Beetle, but it specifically won't be an electric version of the new 2012 Volkswagen Beetle model that's just now arriving in dealerships.

Stay tuned to GreenCarReports as we count down to the 2012 Detroit Auto Show. We'll have plenty more news in the days and weeks to come.