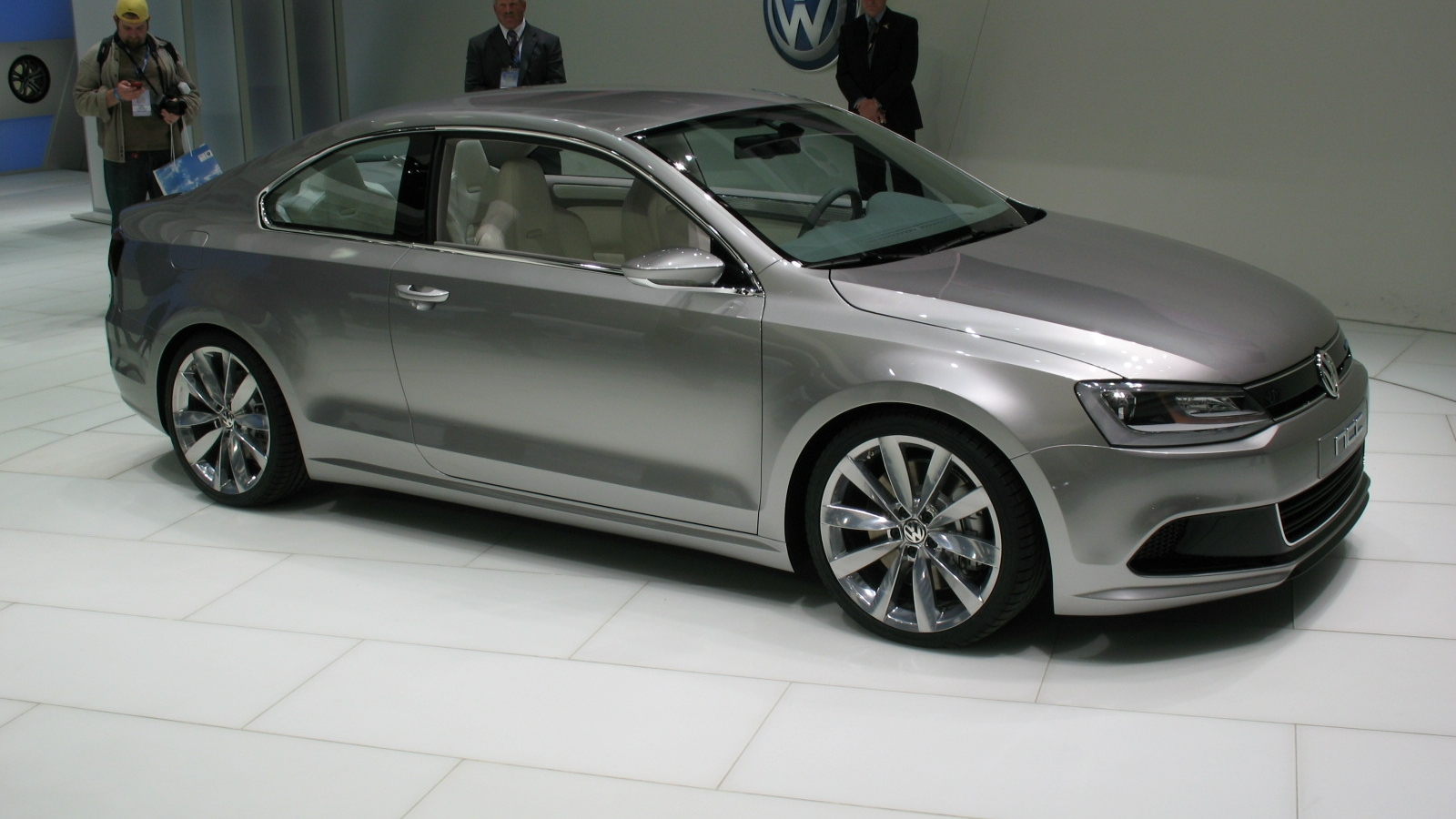 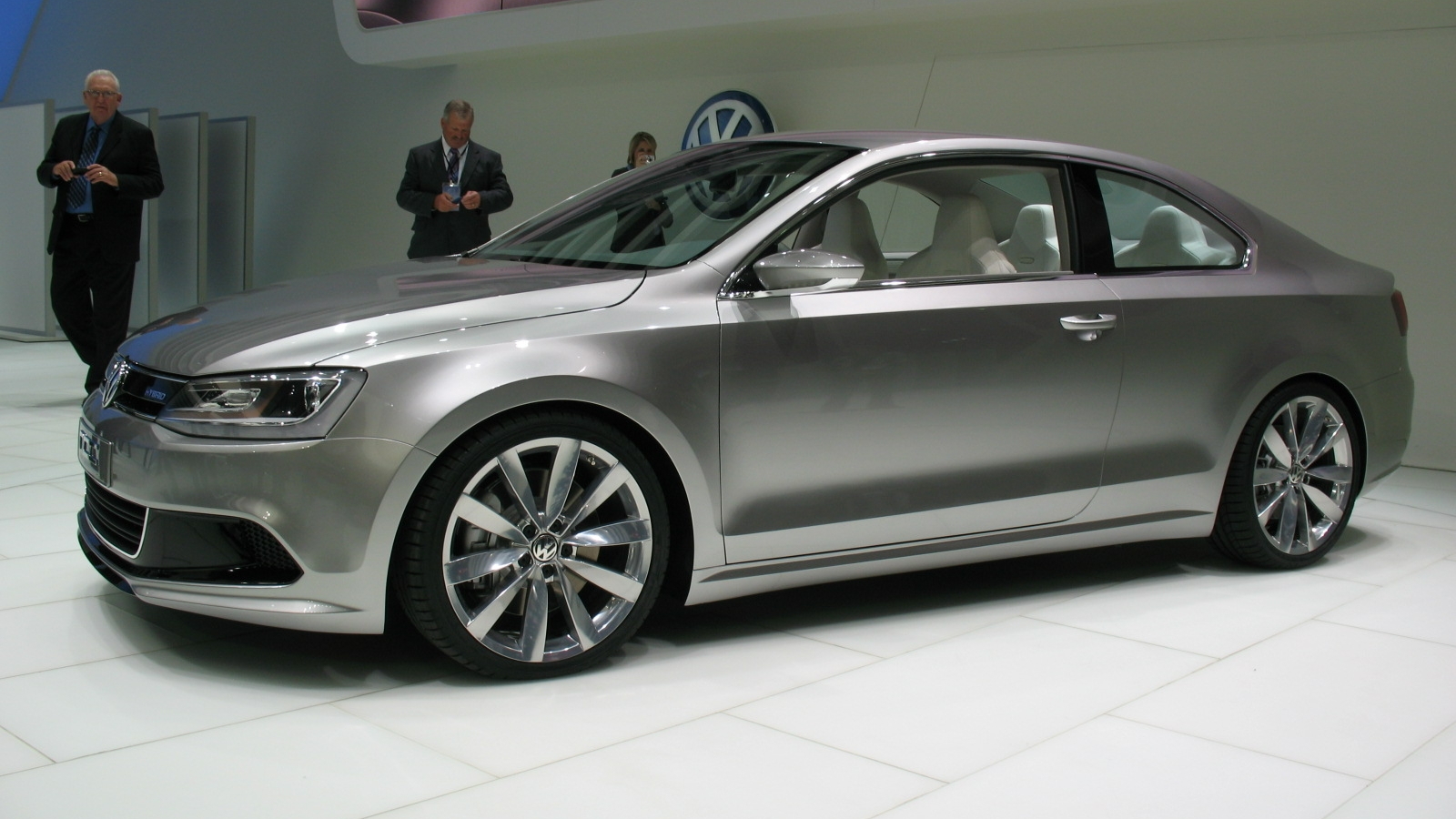 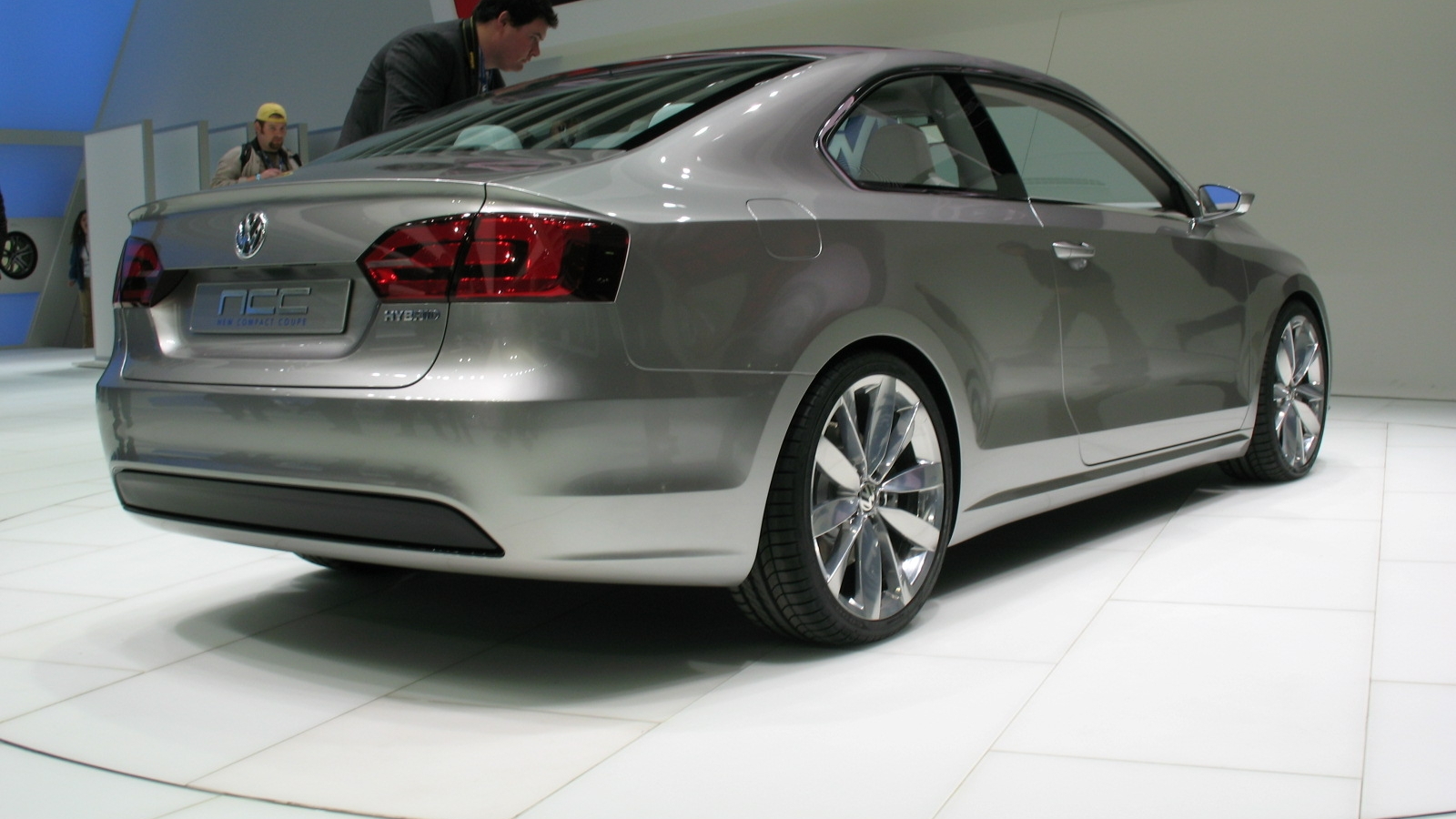 Now that VW has launched its new 2010 Golf hatchback, it will turn its attention to the 2011 Volkswagen Jetta sedan, which shares mechanicals with the Golf.

This morning at the 2010 Detroit Auto Show, VW will take the wraps off a new hybrid concept vehicle called the New Compact Coupe. It's widely assumed to be a lightly disguised version of a new coupe that will supplement next year's new 2011 Volkswagen Jetta sedan.

The 20-kilowatt electric motor mostly adds power to the engine output, though VW notes that the system can also operate in all-electric mode coasting or cruising at low loads. Energy is stored in a 1.1-kilowatt-hour lithium-ion battery pack.

Volkswagen quotes a top speed for the NCC concept of 141 mph, and 0-to-60-mph acceleration in 8.1 seconds, keeping the Jetta's sports sedan credentials intact even while doubling its gas mileage.

Inside, the concept has four bucket seats upholstered in striking--if impractical--Berry White leather with darker Quartz highlights. Chrome trim and bezels surround the eight-inch touch screen for the audio and navigation systems.

The trunk of the 178-inch-long car holds a capacious 13.4 cubic feet of luggage.