How do you mark the first year of sales of an electric car? You sing Happy Birthday to it, of course.

At least, that’s what Nissan North America chose to do to mark the one year anniversary of the Nissan Leaf electric car being sold in the U.S.  But it wasn’t people or polar bears singing to the praise of the all-electric hatchback: it was electrical outlets.

In a cutesy, 30 second short, twenty-seven animated 110-volt outlets sing Happy Birthday, accompanied only by a piano playing the melody of the 99-year-old classic.

We’re not sure if it’s the anthropomorphic potential of the humble wall outlet, or the fact that the simple advert didn’t employ polar bears or gasoline-powered appliances to make its point, but we think this is the best Leaf advert we’ve seen so far.

According to Nissan, since Olivier Chalouhi became the first North American resident to own a Nissan Leaf, over 19,000 Leafs have been sold worldwide.

Nissan estimates those 19,000 cars have travelled over 32 million miles in that time by analyzing data obtained from its carwings telematics system. However, given the fact that not every owner opts to use carwings, we’d guess the actual total mileage traveled by Nissan Leafs worldwide is a little higher.

While Nissan went all-out to celebrate the Leaf’s first birthday in the U.S. -- which included sending some very tasty-looking celebratory cupcakes to our Palo Alto HQ -- we’re keen to know if any Leaf owners celebrated in their own way. 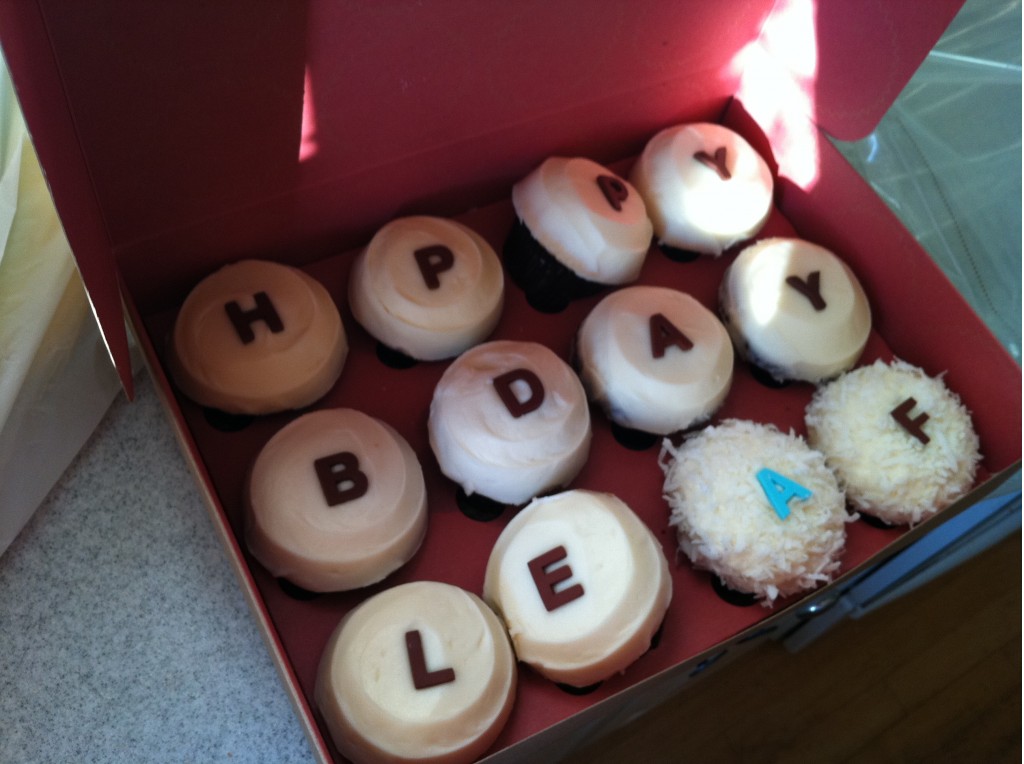 If you did, let us know in the Comments below: we’d love to know what you did.

It’s also got us thinking: with the Chevrolet Volt just a few days away from its first birthday, what do you think the General should do to celebrate?

We look forward to your suggestions.