Imagine a world where electricity didn’t power your Television, your iPod or your computer. And then imagine a world where you had a single cylinder combustion engine powering your cellphone and your dentist used a gasoline-powered drill to drill that cavity.

That’s the ‘What-if?’ scenario being played out by Nissan in its latest TV ad for the 2011 Nissan Leaf, turning everyday objects we power with electricity into gas-guzzling, polluting monstrosities.

Naturally, its the absurdity of the 60-second advert which gives Nissan a moral high horse on which to ask the viewer to imagine a world where everything was powered by gasoline - and then a world where nothing was, but we can’t help but notice a sly below-the-belt punch aimed squarely in the direction of the 2011 Chevrolet Volt. 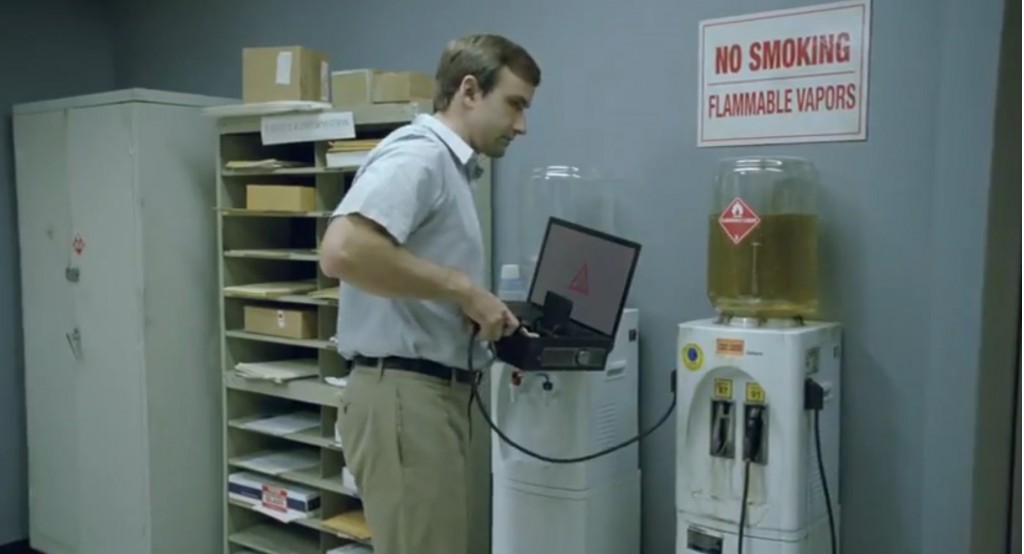 Just as Nissan’s voice-talent of choice Robert Downey, Jr. delivers the advert’s damning verdict on a gasoline-powered world the video cuts to a shot of the now frustrated main character who has spent the entire advert using gasoline-powered gadgets filling up his 2011 Chevrolet Volt Plug-in Hybrid at the gas station.

He is of course, jealously looking across the street as the squeaky-clean Nissan Leaf driver unplugs his car from its charging station and drives off.

It’s a quirky, neat advert which made us laugh, but really Nissan - did you have to go that low? In case you hadn’t remembered, the Chevrolet Volt is a plug-in car too and one which by all accounts spends a lot less time at the gas station than you would like us to think.

Funny advert or just a cheap shot at Nissan’s rivals? Let us know in the Comments below.