For some time now there’s been a battle raging between politicians, advocacy groups and the electric car industry over compulsory noise-makers in electric cars.

Now the latest twist comes courtesy of Ford, which has announced that its 2012 Ford Focus Electric will initially ship without any on-board pedestrian alert systems.

At the moment, legislation is making its way through Congress to mandate that all plug-in vehicles and hybrids be fitted with artificial noise-makers to alert pedestrians that an quiet car is approaching.  In other words, noise makers aren’t compulsory just yet.

And if Ford isn’t required by law to fit a noisemaker, it isn’t about to, according to Ford’s Director of Electrification and Sustainable Mobility Programs Sherif Markaby.

“We are participating to support the legislation and we plan to introduce alert noises prior to any laws taking effect, but we won’t include any in our first generation,” Markaby told Autotrader.com. “We just don’t want to be too hasty because there are a lot of factors that go into it and we also want to balance the sounds so that they are effective but not annoying.” 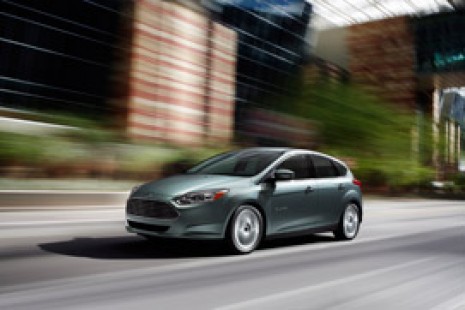 When the legislation becomes law, Ford will of course include pedestrian noise alert systems. Until then, it plans on using the extra time to develop the best possible pedestrian warning system it can.

Unlike many automakers, Ford has included fans of its 2012 Focus Electric in the decision-making process, using social media sites like Facebook and Twitter to figure out just what the 2012 Ford Focus Electric’s audible warning system should sound like.

You can forget about sounds inspired by Star Wars too: the opinion poll results showed that normality was the most popular choice.

“We’ve finished a lot of research around what kinds of sounds are the most effective and least intrusive,” said Markaby. “In fact, we just finished a survey online with incredible response, and the sound that was far and away the highest rated was the one that sounded most like a combustion engine.”