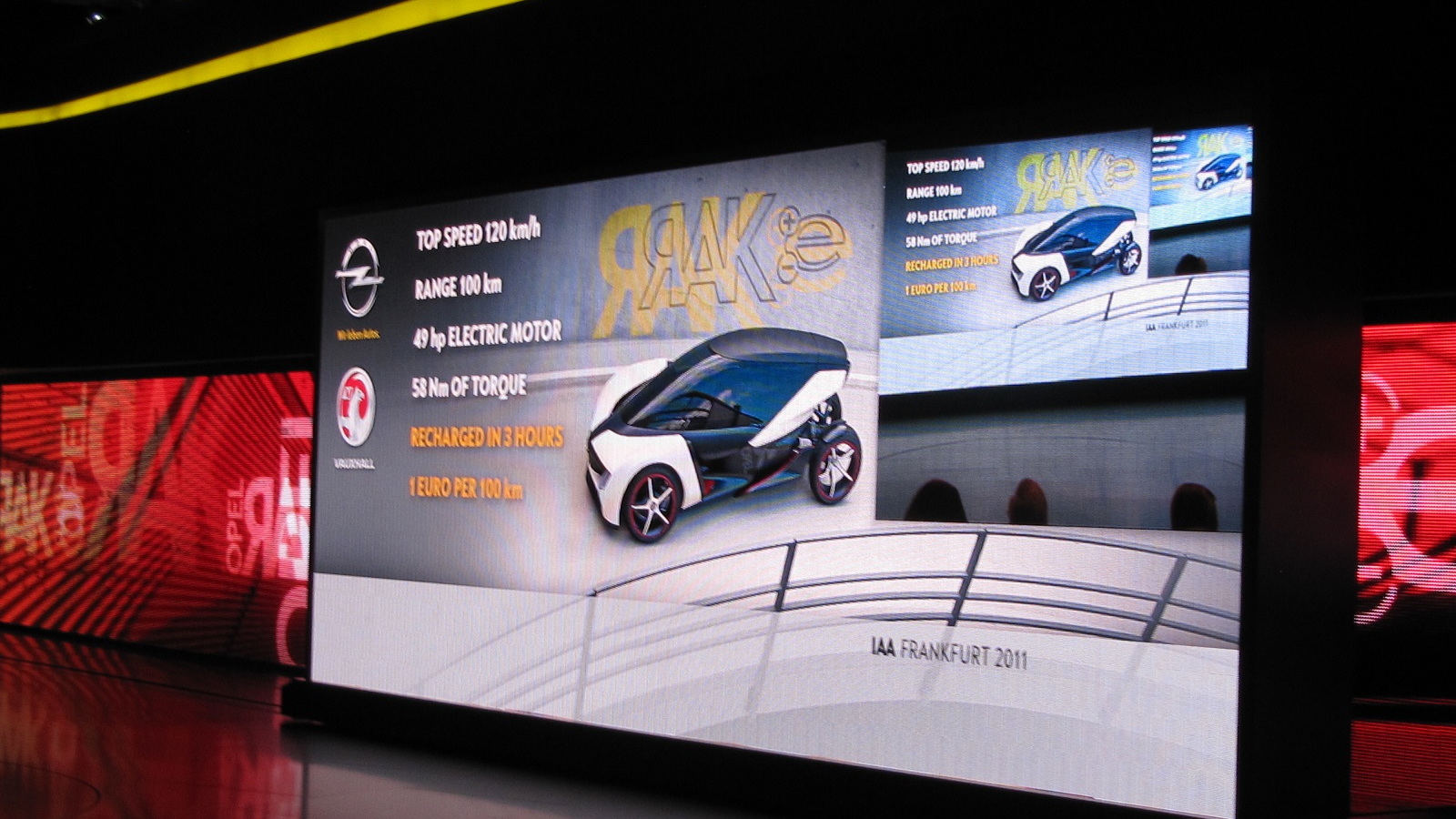 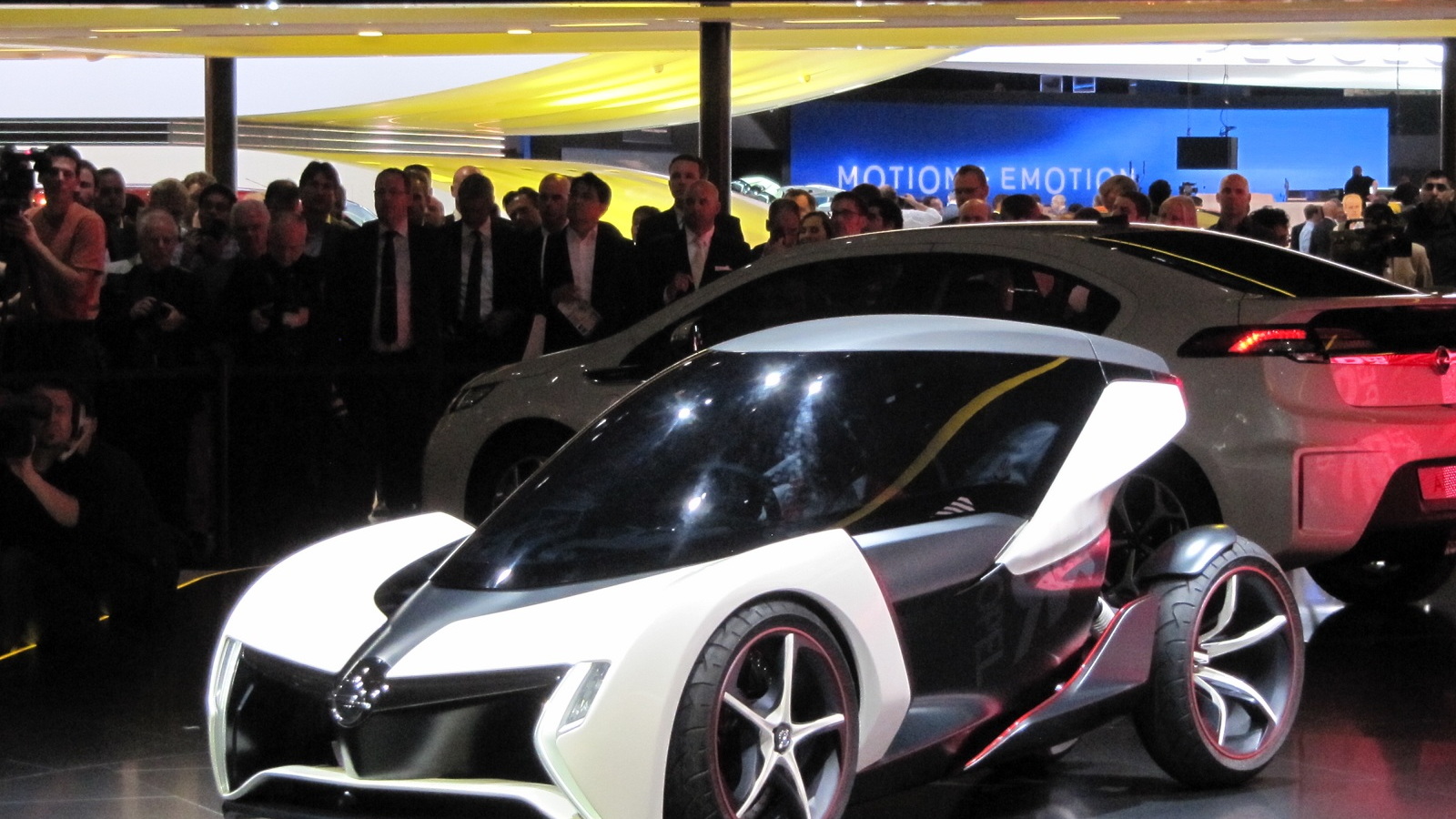 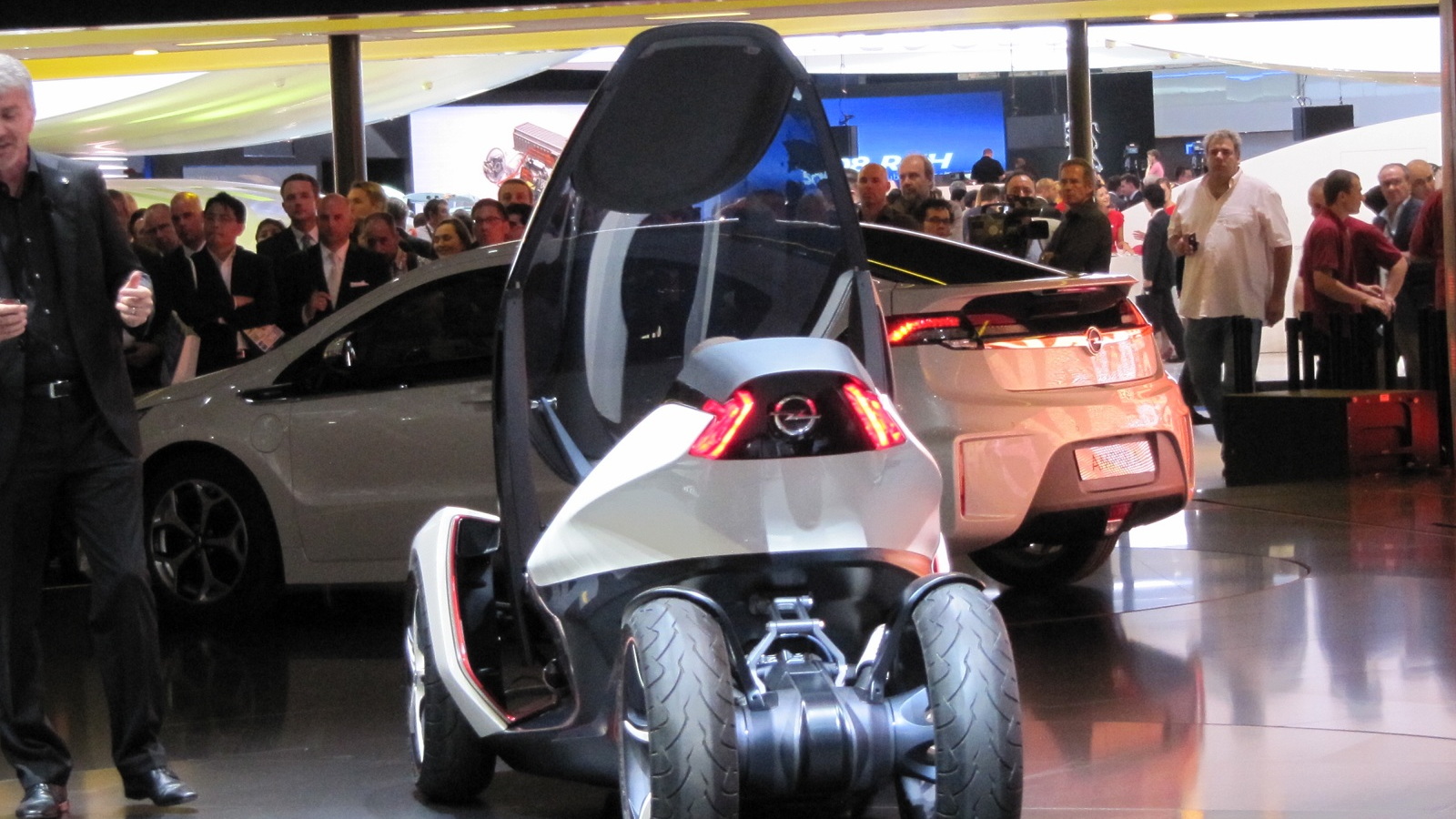 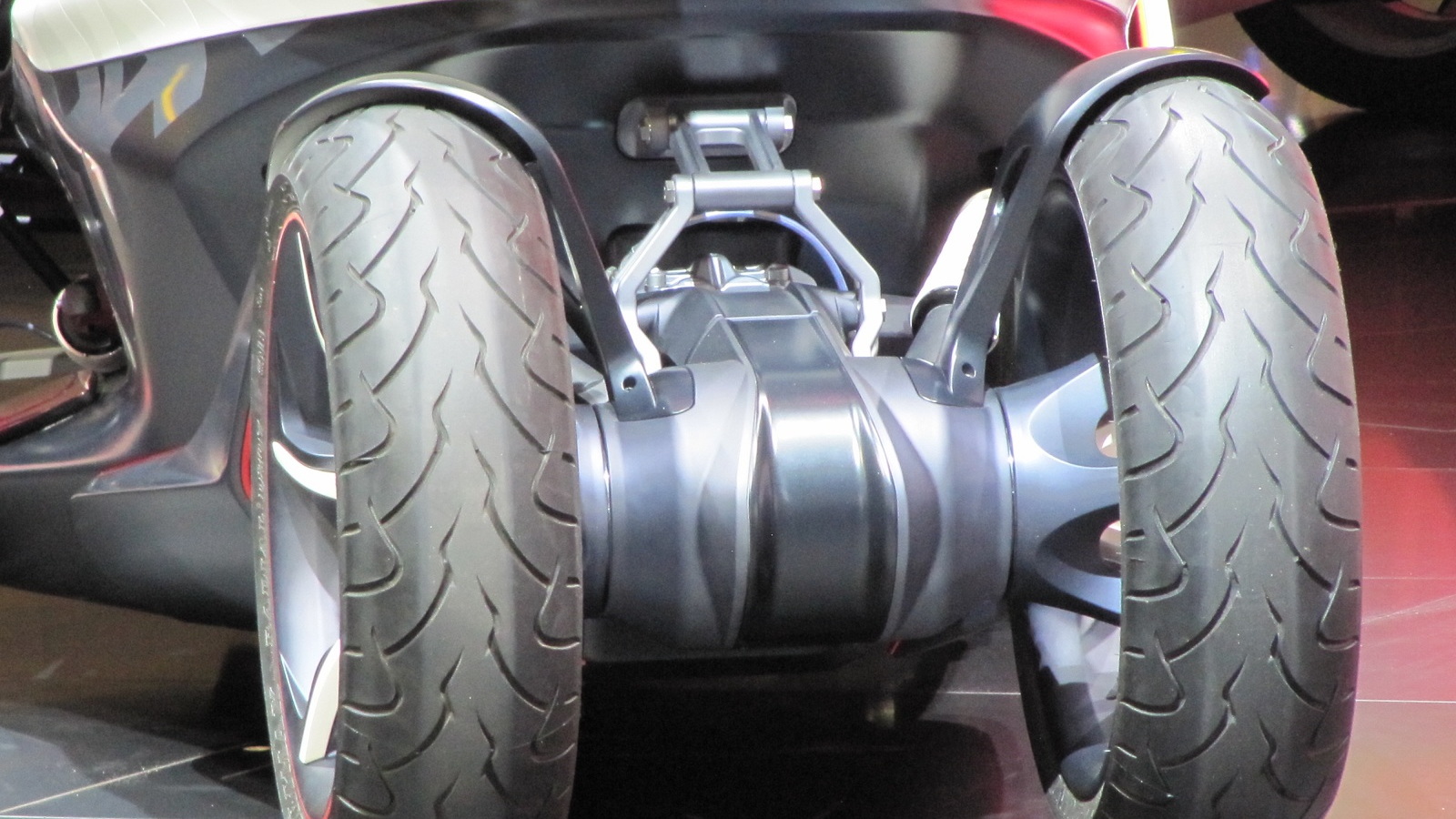 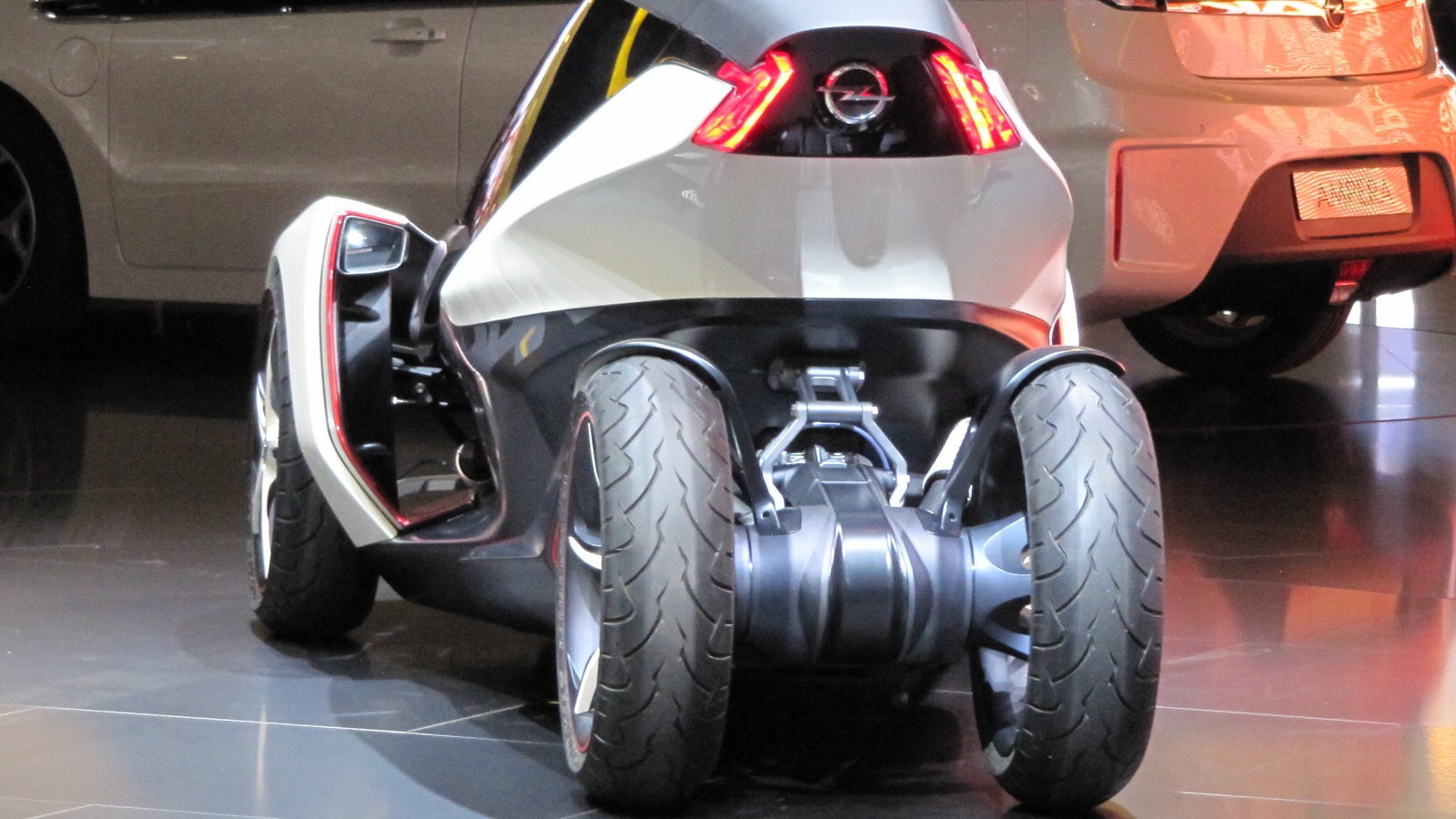 Now Opel -- the European arm of General Motors -- has joined Audi, Volkswagen, Smart and many others with its own take on a lightweight electric-powered urban runabout.

Called the RAK e concept, it is the realization of Opel’s goal to produce a car which can travel 100 km for €1 -- At current exchange rates, that’s the equivalent of $1.37 for a 62 mile trip.

Looking a little like a grown-up, four-wheel  version of the 50 mph Bug-E electric tricycle popular with DIY electric car fans in parts of the U.S., the RAK e seats two and has a top speed of 75 mph.

Alternatively, with its long, sweeping nose, centrally mounted driving position and front-hinged canopy, those with a bit of imagination could imagine themselves at the controls of some intergalactic spaceship.

Unlike the VW Nils or Audi Urban Electric Concept, the RAK e isn’t built using the very latest in design materials. Instead, to keep weight low, Opel has built the RAK e on a steel space-frame chassis covered in what it says is “a skin of conventional synthetic material”.

Its reasons? To keep the price of the RAK e as affordable as possible -- although Opel hasn’t detailed how much it would sell for it the tiny two-seater ever made it to production.

While the RAK e should appeal to those who want a quick, cheap commuting vehicle but don’t want to make the switch to a motorcycle, Opel has also said that the RAK e could provide teenagers with a perfect low-cost transport solution.

It is even considering a low-cost, 28 miles-per-hour maximum restricted version of the RAK e for 16 year-olds, who would then be able to drive the RAK-e on a moped license in certain European countries .

We’ll be bringing you more from Opel later on -- but to keep up to date with the very latest news from the 2011 Frankfurt Auto Show,  head here for our full coverage of the Frankfurt show thus far.