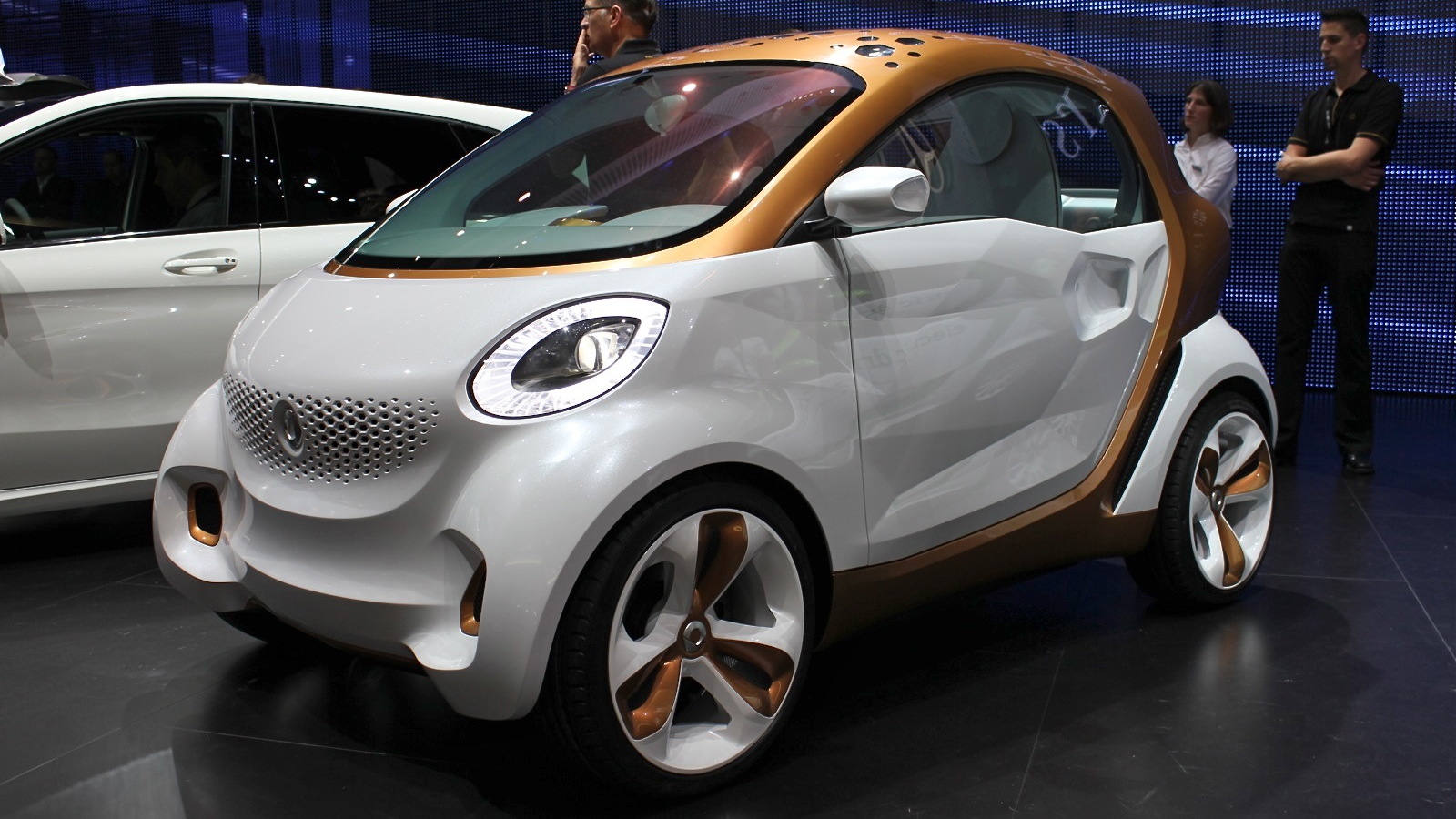 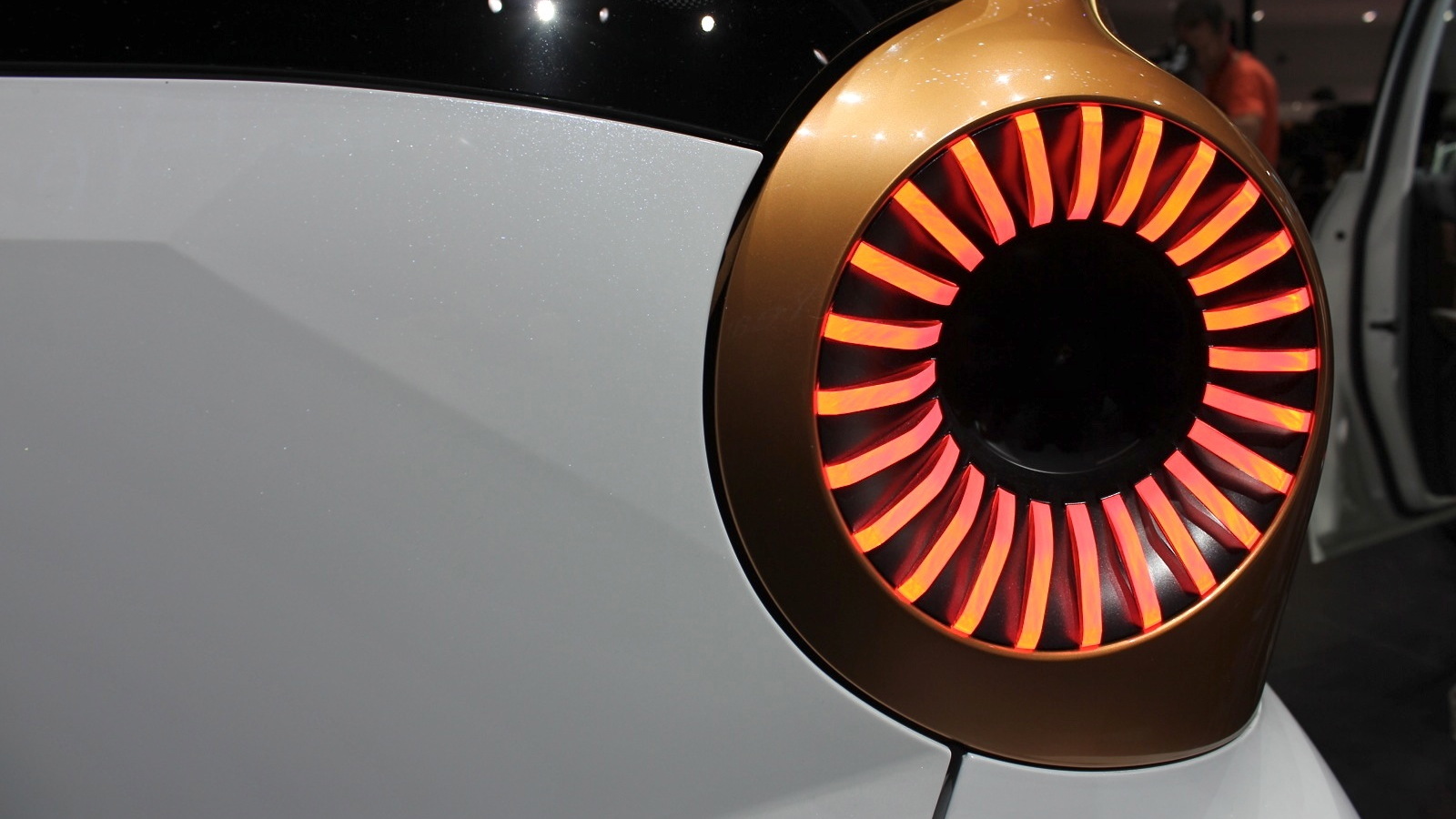 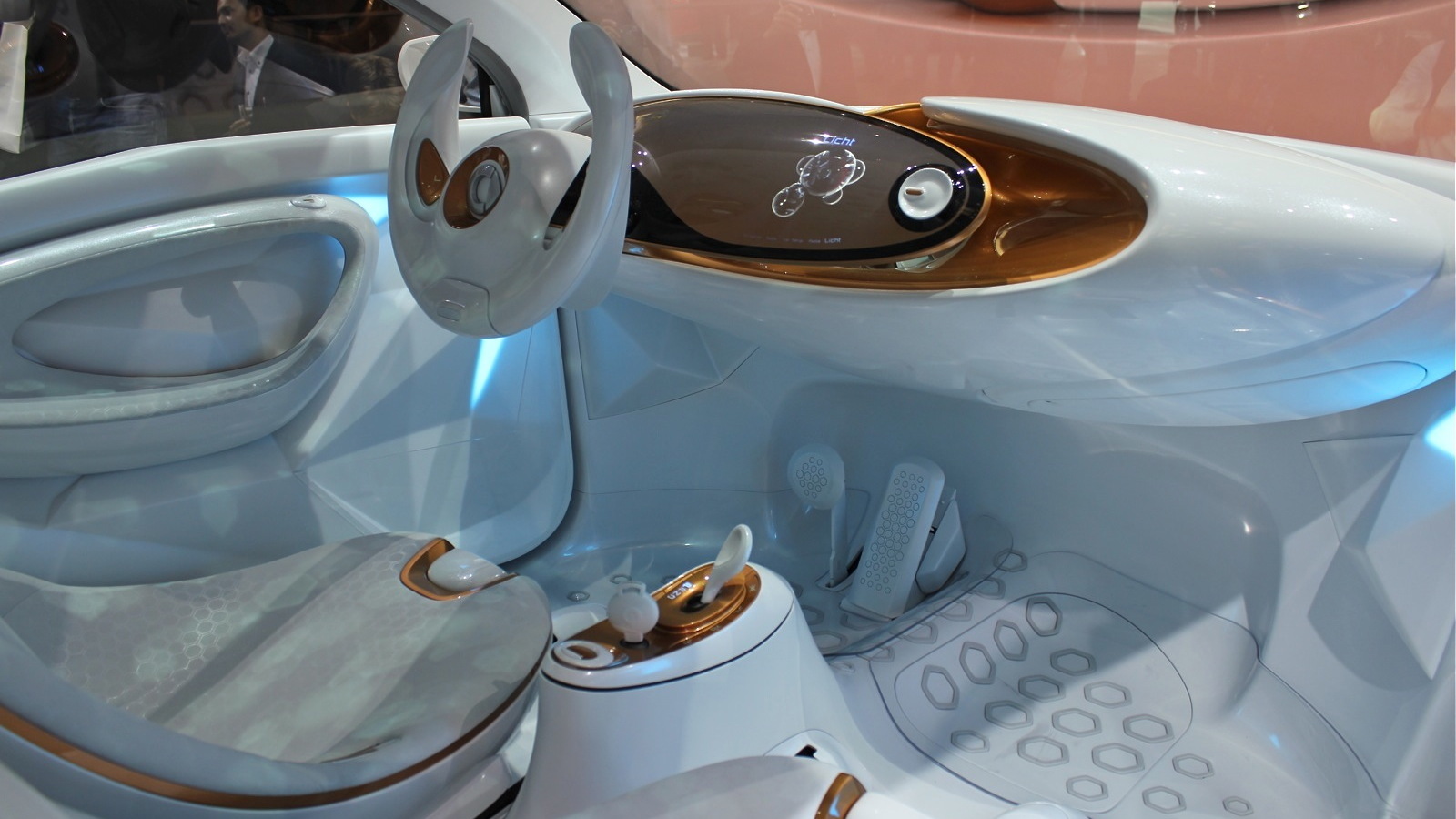 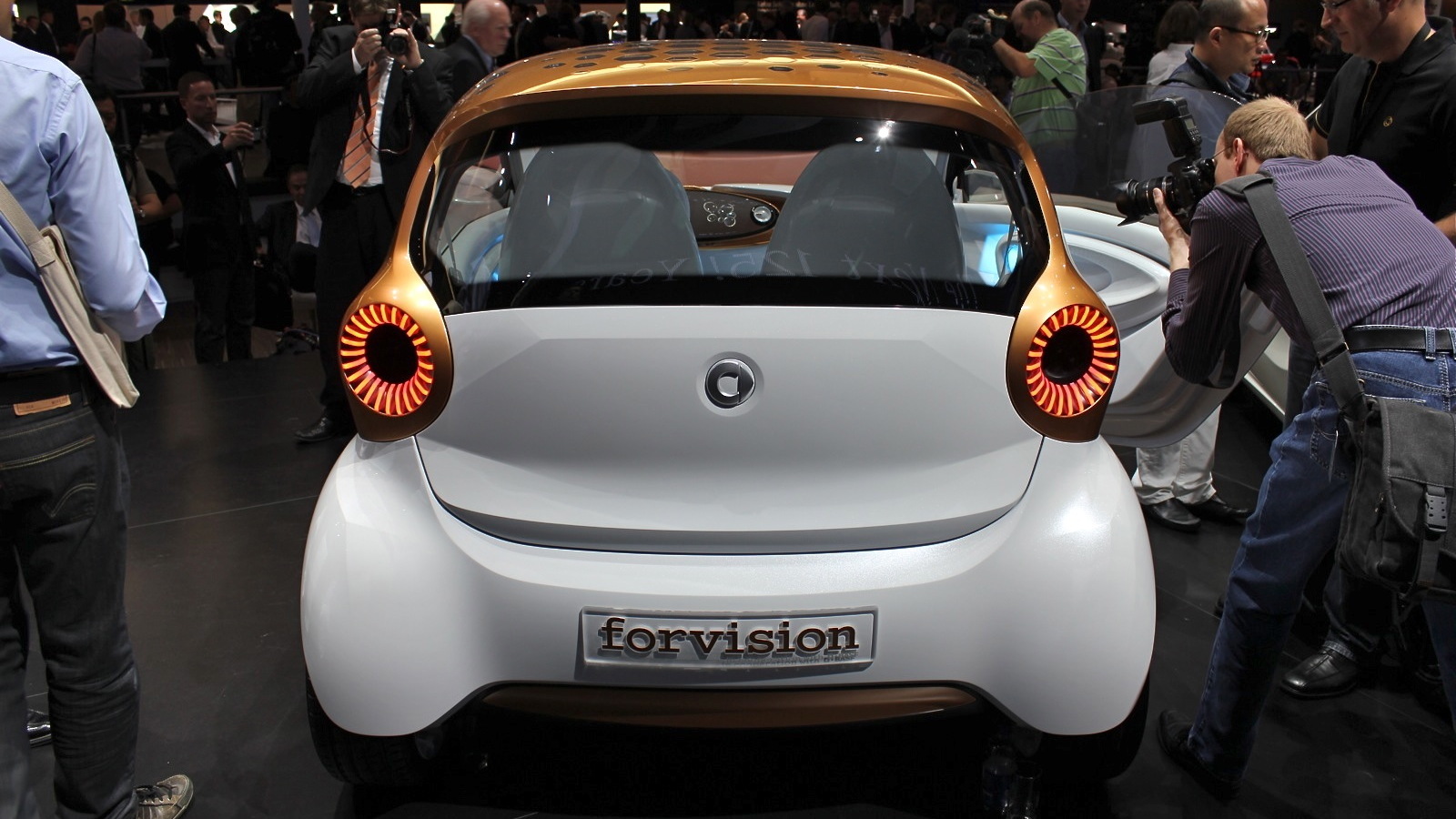 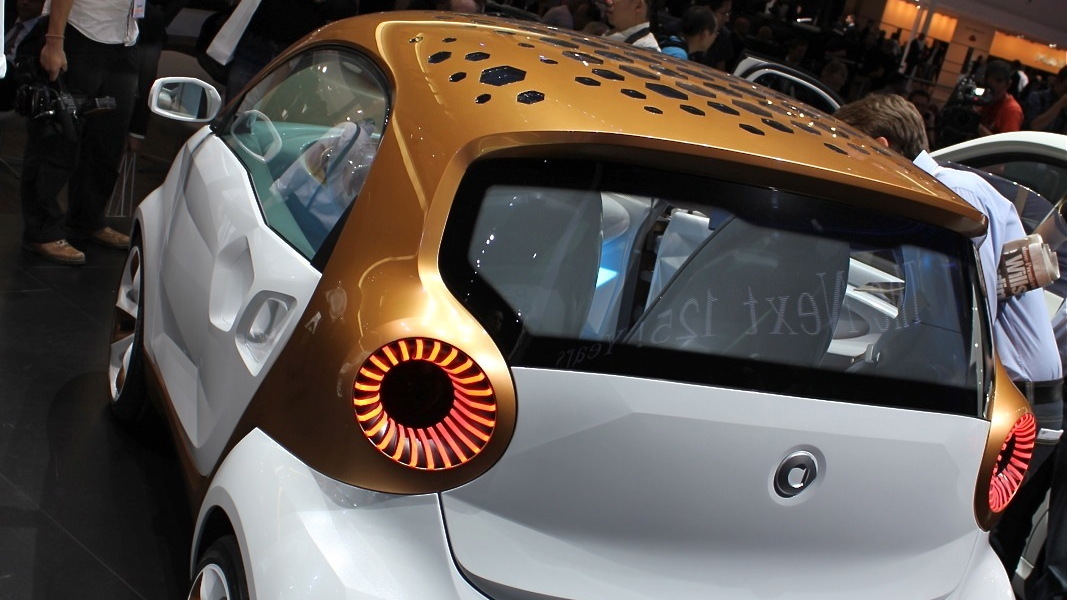 While Smart used the 2011 Frankfurt Auto Show to release its new, upgraded Fortwo Electric Drive and the production Smart eBike, the new Forvision concept previewed a few weeks ago gives us an idea what the next generation Fortwo might look like.

Importantly, the Forvision is instantly recognizable as a Smart. It's a two-seat, two door city car, with a visible "Tridion" safety cell, a wheel at each corner, and its motive force mounted under the trunk, powering the rear wheels.

It also continues Smart's ideals of city mobility. It uses an electric drivetrain in common with the Fortwo Electric Drive, and has a small footprint and short overhangs, making it as easy to park and maneuver as ever.

The styling is either cute or goofy, depending on your beliefs, and features the round, LED-enhanced headlights as seen on the Forspeed concept released at the Geneva Motor Show back in March.

...but even more forward-thinking

Smart is keen for the Forvision to be seen as more than just a styling and drivetrain exercise though and the Forvision previews several new technologies that could make life a little easier and more efficient.

Most noticable is the hexagonal patterns across the roof. They act as both a sunroof for bathing the cabin in light, and also as solar cells to generate energy. The cells use organic dyes which are sensitive even in low lighting conditions, and they generate enough electricity to power the multimedia and climate systems.

The large wheels are also of a new design. Each one is made entirely from plastic and saves 6.6 pounds per corner. Long fibers ensure the plastic is strong enough for the rigors of daily road use.


The interior also has echoes of the Forspeed concept, but new seats use "e-textiles" to help keep the body cool when the going gets hot and warm when it's cold and miserable outside. You'll also be pleased to hear the material is "superabsorbent" for those extra-hot days.

Heating and cooling is a running theme of the Forvision and the materials and used also help to  regulate the interior temperature.

As a styling exercise the Forvision is a fairly strong hint as to what the next Fortwo might look like, though inevitably some details will be lost along the way - the crazy creased doors and the huge wheels, for example.

The technology previewed all seems feasible though, even if its execution may differ. In cars as small as the smart the biggest gains in economy and performance come from reducing weight and energy rather than increasing engine size, so the Forvision concept might not just point to the next generation Smart, but small cars as a whole.

You can catch up with further Frankfurt show coverage by clicking here.