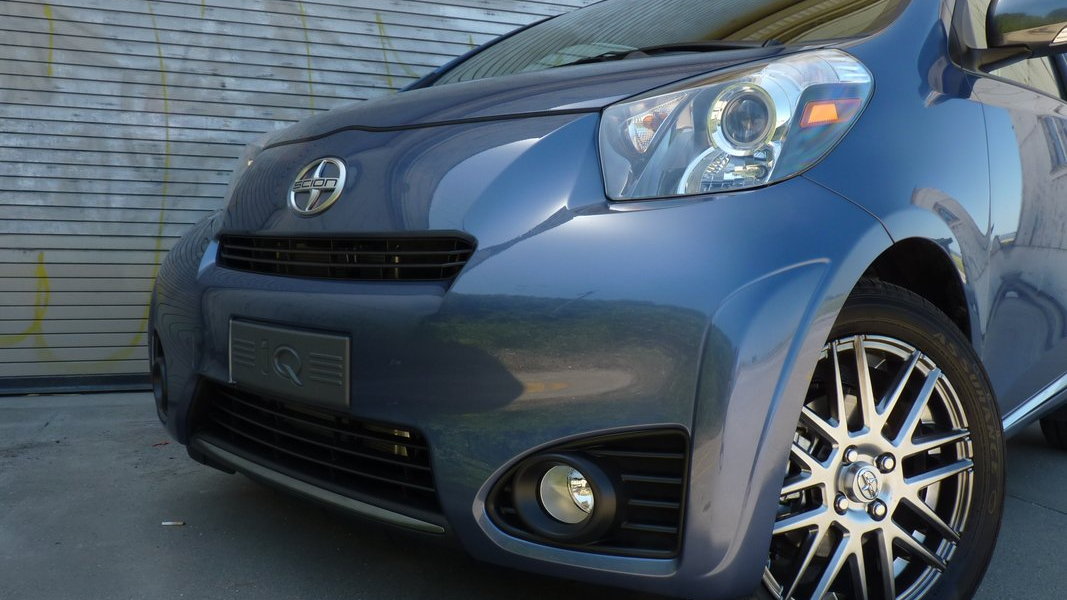 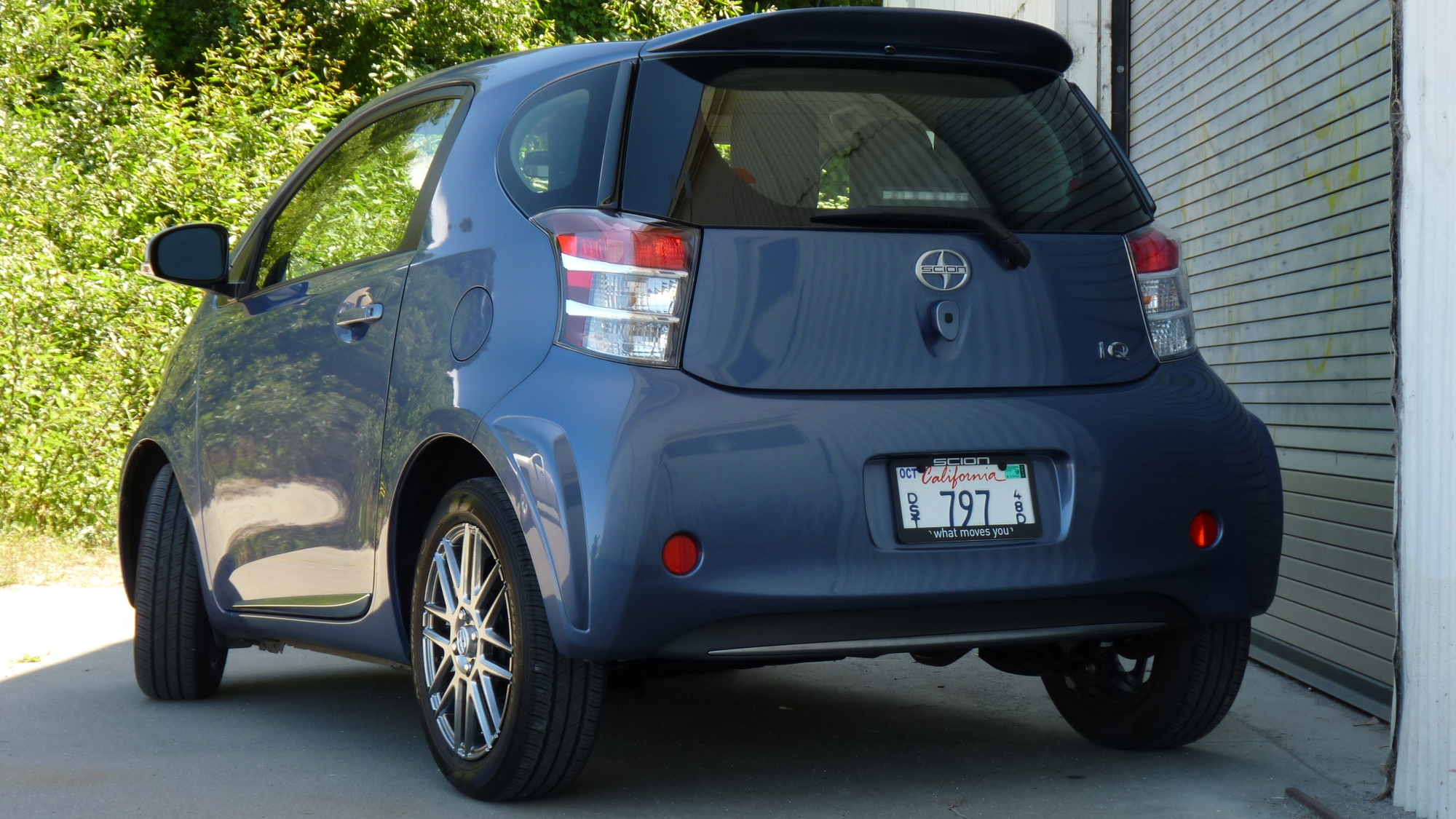 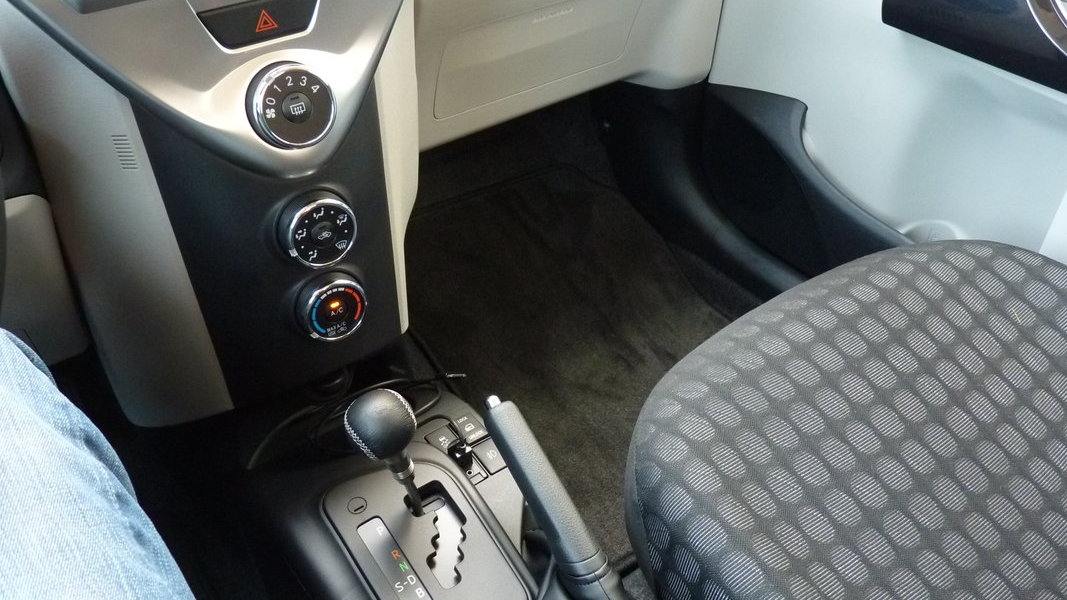 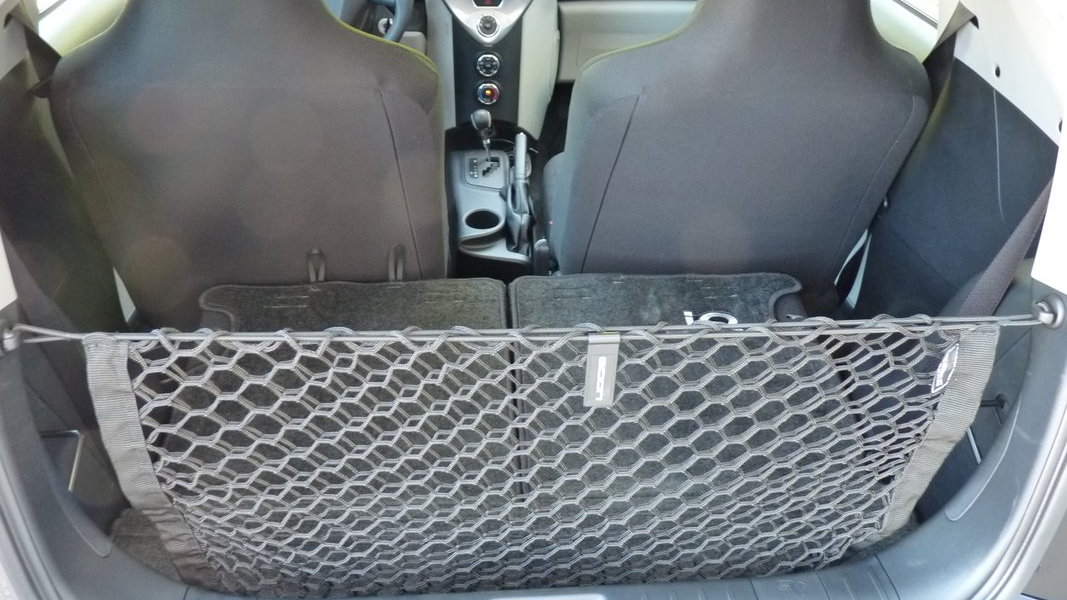 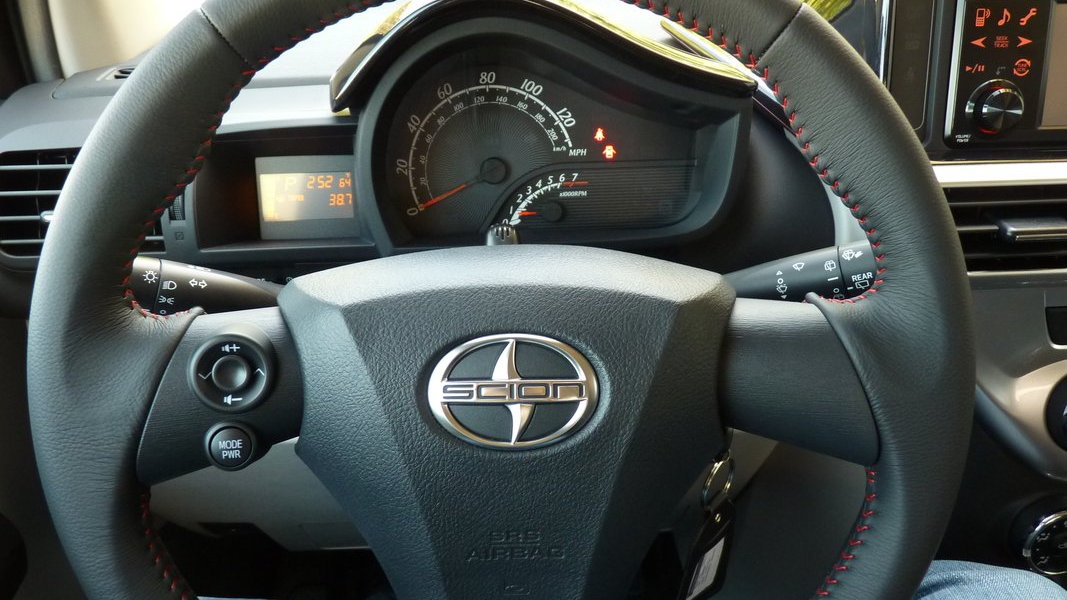 The all-new 2012 Scion iQ minicar, for which we've just posted full driving impressions over at The Car Connection, starts at around $16K and earns an EPA-rated 36 mpg city, 37 highway, and a combined figure of 37 mpg.

But with so many vehicles now on the market that can get 40 mpg on the highway or more—the Hyundai Elantra, Hyundai Accent, Chevrolet Cruze, and Ford Fiesta are just a few—many American shoppers will simply look over those figures and then move on to another, larger model. Why not opt for a larger vehicle if you can, if it costs about the same and gets almost the same mileage?

It's a good, very American question, and while we only saw a few cursory thumbs-up for the iQ in a drive that took us through some of the more hurried sections of San Francisco, when we drove a 2011 Smart Fortwo just a few weeks ago we were repeatedly met with comments and amazement that this 6'-6" driver could fit so well and comfortably—then met with with equal surprise and disappointment when we told them the three-cylinder ForTwo's mileage (33 city, 41 highway, 36 combined).

That's simply not the case. But while that 36-mpg city rating seems pretty impressive to us, we agree that the iQ loses its fuel-stingy luster at higher speeds.

From our test-drive observations, here are some remarks on why the iQ is thirstier on the highway than you might think:

A relatively short top gear. The iQ has a fuel-efficient continuously variable automatic transmission (CVT) that isn't nearly as much fun as a manual gearbox would be, but it helps maximize fuel economy, especially around town, by bringing down revs whenever you don't need the power. But iQ feels geared for lower Japanese motorway speeds, not a 75- or 80-mph California or Michigan expressway cruise. Even at around 70 mph in the iQ, we saw revs close to the 4,000-rpm mark. And just bringing down revs helps a lot; for instance, in the all-new, larger 2012 Versa, Nissan (in addition to some engine improvements) added a new planetary-gear assembly (engaged through a torque converter) to enable a taller top gear. Based on our drive last week, it works for higher gas mileage (38 mpg highway is claimed there, too), but with a taller top gear, CVT responsiveness could actually take a turn for the worse.

Just as much surface area to push. While the iQ is only 120.1 inches long (yep, just ten feet), it's taller (59.1 inches) than the Corolla about as wide (66.1 in.) as the Yaris. Compared to the likes of the Fortwo, it's a difference we can feel, with far more elbow room between driver and passenger, but you pay for it aerodynamically as you're pushing just as much surface area through the air as in a much bigger, heavier vehicle. And while the iQ's coefficient of drag is a respectable 0.31, its tall profile and lack of length actually conspire to introduce more drag-inducing turbulence in back at higher speeds.

Sticky rubber. The iQ doesn't opt for fuel-saving low-rolling-resistance tires; instead it's shod with good all-weather Goodyear Assurance tires that give the iQ a confident feel around town, as well as enough grip to make the most of the well-tuned chassis and the iQ's 2,100 curb weight out on curvy roads. If Scion decided to adopt a greener tire choice, they could probably recoup a mile or two per gallon.

For those who love the iQ package but can't quite reason past the mileage, there's a new electric version in the works. At a drive event for the gasoline iQ, officials could only verify that development and testing of the iQ EV is moving ahead as the company's first in-house EV—and we expect some to be available next year for test fleets but not general public consumption.

We have a feeling the Scion iQ going to be a tough sell for Americans, outside of a few select places like Manhattan or Boston, where space is scarce and having a vehicle that fits into a very compact spot would be advantageous. But as we conclude in our drive, with just a short stint behind the wheel you'll probably find that the iQ is a lot more charming than many other econocar choices.

See the full first drive report on the 2012 Scion iQ over at The Car Connection, and stay tuned for updates on the electric iQ.