If it's General Motors, that goes double, given the politics that continue to swirl around GM's bankruptcy and the U.S. government's ongoing ownership of part of the company.

So it was news when GMInsideNews reported that a lack of performance from the lithium-ion battery pack was the reason that GM had killed its Cadillac SRX Plug-In Hybrid program.

Not the battery after all?

That may not be the real reason, though. We've chatted several times over the last 24 hours with our own GM insider, who says the real reasons are more complicated--and have little to do with the battery pack.

Our insider would only discuss the program on condition of anonymity, but is very familiar with the long and star-crossed history of the plug-in Two-Mode project.

The conversation started with a message from our source, saying simply, "I just wanted to let you know that the battery was not the deciding factor."

Same cells as the Volt

Why? Because early in 2010, GM announced that the lithium-ion cells for the plug-in hybrid's battery pack would be supplied by the same company that builds the cells for the 2011 Chevy Volt's pack.

Thus far, GM is pleased with the performance of the cells in the Volt pack, and may know more about how they perform in real-world use than any other company in the world.

Ford may be a close second, though, since it is using those very same cells in its upcoming 2012 Ford Focus Electric, scheduled to launch late this year.

In other words, those are well-known and well-liked lithium cells. They're not likely to have surprised the program engineers by performing below expectations.

So why was the SRX Plug-In Hybrid program really killed? Here's what our source had to say.

First, it's important to understand that before the plug-in hybrid came the regular hybrid version of the SRX. Regardless of the battery pack, GM had to engineer its front-wheel-drive Two-Mode system into the SRX in the first place.

The same engineering had to be done whether it was sold as a standard hybrid with a 1.2-kilowatt-hour nickel-metal-hydride battery with cells from Cobasys, or a much larger lithium-ion pack with LG Chem cells to provide the plug-in hybrid with up to 10 miles of electric range. 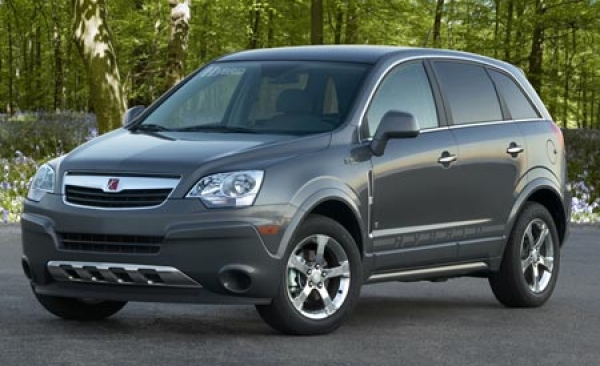 The front-wheel-drive version of GM's Two-Mode Hybrid system was originally intended for a version of the Saturn Vue crossover to launch in early 2009. It was to have been followed a year later by the plug-in version.

The Vue Two-Mode Hybrid came so close to launching that journalists drove prototype versions in October 2008 and GM sent out invitations for a launch event to be held in Phoenix in December.

But as the auto market worsened quickly and GM careened toward bankruptcy, the launch was scrubbed, the program was put on hold, and it was finally killed early the next year as it became clear that Saturn would not survive restructuring.

From Vue to Vuick to SRX

After a shortsighted plan to rebadge the Vue would as a Buick crossover (known as the 'Vuick') was killed, the re-engineered front-wheel-drive version of the Two-Mode system (not plug-in, just standard) was bruited for various of the remaining crossovers until it was said to have landed in the Cadillac SRX.

As a result, the gas mileage of the SRX hybrid would almost certainly have been lower than that of the Vue Two-Mode.

Heavier, and just too late

And we know exactly how the EPA rated the 2009 Saturn Vue Two-Mode Hybrid, because the car came so close to production that the figures are still visible today on the EPA's website (under "2009 Saturn Vue Hybrid"): 27 mpg city, 30 mpg highway, 28 mpg combined.

That's far better than the Vue with the same 3.6-liter V-6 sans hybrid, at 17 mpg city, 24 mpg highway, and a mere 19 mpg combined. But the heavier SRX with the same system would likely have been rated at only 25 to 27 mpg combined.

So the regular SRX hybrid would have weighed 4,500 pounds and likely only gotten 25-27 mpg. That's a far less compelling proposition for 2013 than it would have been in 2009.

Cost: Too high to compete

"Cost is the bane of the Two-Mode system," said our source. It's got a pair of electric motor-generators and a plethora of clutches and planetary gear systems. 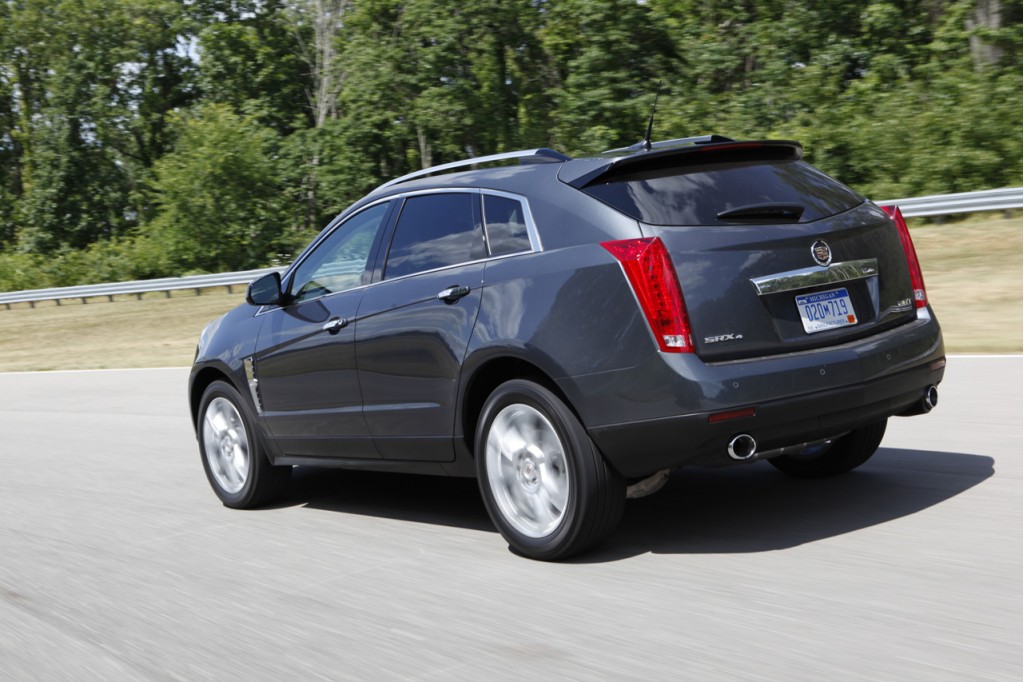 And after the new, leaner, meaner GM ran the numbers, our souce said, "the cost of the vehicle with the plug-in hybrid system would have been too high to be competitive in the market."

That meant that Cadillac would likely sell very few of them, "and the business case couldn't be justified."

After all, if GM is making money on the standard SRX V-6--with a base price around $35,000--it might have had to add $5,000 for the hybrid system and $10,000 or more for the plug-in hybrid. And the company concluded that those sums simply weren't something that Cadillac SRX buyers would pay.

Why the SRX, anyway?

So how did the Two-Mode Plug-In end up in the SRX? Largely because that was one of the few products it could fit into. 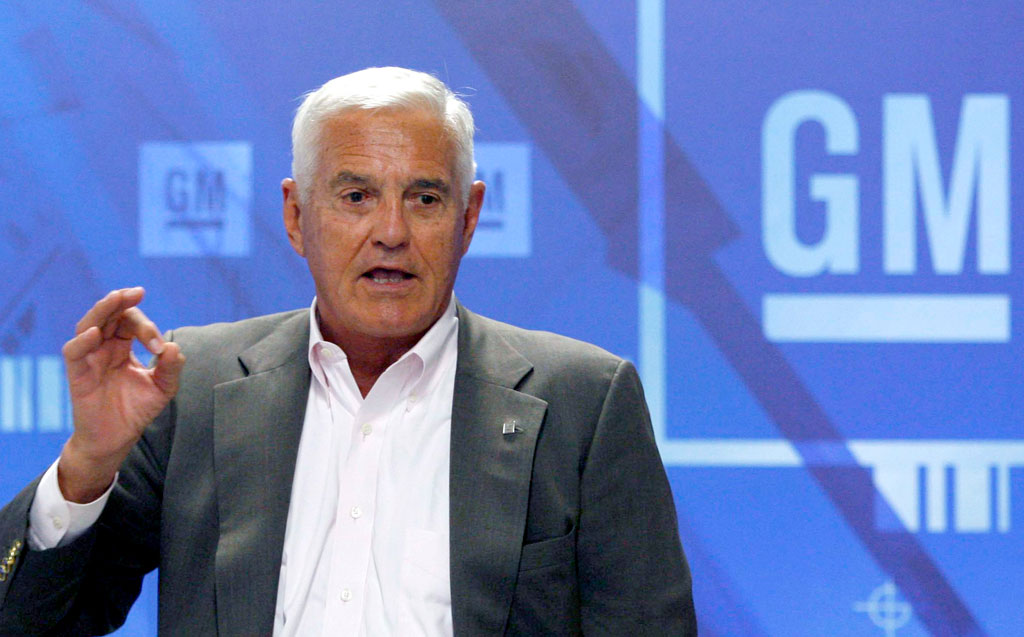 GM's former product-development czar Bob Lutz admitted in 2008 or 2009 that the front-wheel-drive Two-Mode system for the Vue "wouldn't go into the Lambda platform because the engine compartment was too narrow."

So instead of being usable in GM's largest crossovers, the seven-seat Chevrolet Traverse, Buick Enclave, and GMC Acadia, it had to be put into a smaller SUV with a wider engine compartment "because of the platform similarity."

"With a smaller engine in a lighter vehicle it could have been viable," our source told us sadly. "But the engineering resources to redo [the SRX Hybrid] at this time were needed for other programs."

And in fact, we were told, "everyone from the SRX program was moved to other programs several weeks ago, to keep that one moving forward."

Finally, as in any company but especially within GM during decline, bankruptcy, restructuring, and a procession of CEOs, "there was a lot of politics around the program."

Every car program has advocates and critics, but in the case of the SRX Plug-In Hybrid, "a lot of people wanted to kill this program a long time ago."

Our source was discreet about who those critics may have been. But logic would suggest that the Volt team might have viewed another GM plug-in hybrid effort as competitive with their more advanced and riskier range-extended electric vehicle effort.

GM's former vice president of global product operations, Tom Stephens, was the main advocate for the Two-Mode Plug-In Hybrid effort, our source told us. "When he got bumped to Chief Technical Officer, it was just a matter of time before the plug-in hybrid died."

So what happens now?

And there you have it. The march of time, a heavier vehicle, unimpressive gas mileage gains, and inability to make money on the product killed the Cadillac SRX Plug-In Hybrid--a program that never officially existed.

And what of the Two-Mode Hybrid system, now restricted to full-size pickups and sport-utility vehicles?

"There's a next-generation hybrid system, with versions for front-wheel-drive cars and crossovers, and trucks," our source told us.

"It will be lower cost and more efficient than the Two-Mode, and it'll arrive in cars first--sometime this decade, hopefully."