';
Summer is finally upon us and that means convertible owners will be cruising the highways with their tops down and the wind in their hair.

Convertibles are traditionally more fuel hungry than their hard-top siblings due to the extra weight the vehicles carry, not only from their automated folding roofs but also the additional strengthening required under the skin due to their lack of a fixed roof. But with the latest crop, you’ll see that some even match their hard-top siblings when it comes to gas mileage.

If you’re looking to buy a new convertible, or simply want to trade in your old one for a newer model, the guys at our sister site TheCarConnection have put together a list of the six most fuel friendly models on the market based on EPA-rated combined gas mileage.

So let’s take a look at what’s on offer this summer for the eco-minded convertible buyer. 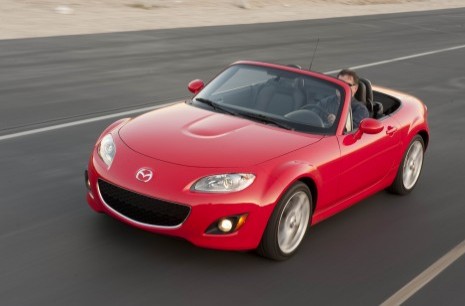 Starting off at number six is the 2011 Mazda MX-5 Miata, which has a fuel economy rating of 22/28 mpg city/highway and a combined figure of 25. The MX-5 is one of the best handlers in the affordable end of the new car spectrum and is well worth a look if you like to have a spirited drive. 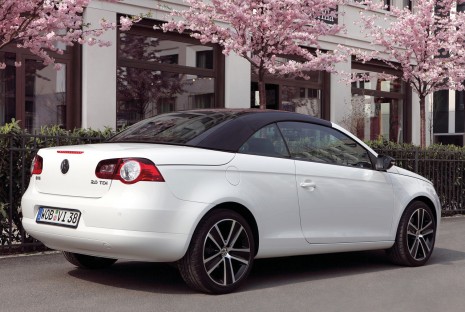 Next in line is the 2011 Volkswagen Eos, which gets 21/31 mpg city/highway and 25 mpg combined as well. However, fans will be quick to note that the Eos has a retractable hard-top roof, which offers better noise and weather insulation, especially in colder northern climates. Note that a brand new model is also being introduced for 2012. 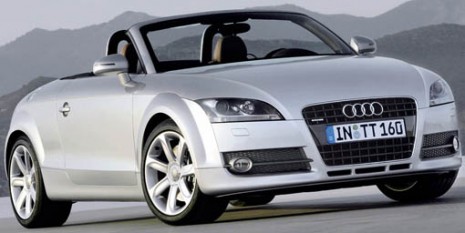 Audi TT Roadster is ready to hit the streets

At number four is the 2011 Audi TT Roadster, rated at 22/31 mpg city/highway and 26 combined. This particular model offers a turbocharged engine, a dual clutch transmission and quattro all-wheel drive. However, it’s also one of the most expensive models on the list. 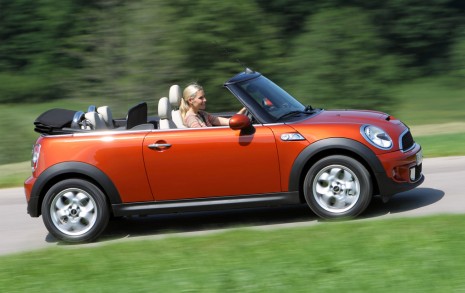 Third on the list is the 2011 MINI Cooper Convertible, which is rated at 28/35 mpg city/highway and 31 combined. MINIs are known for their sporty handling and despite their size they can be quite practical as well. 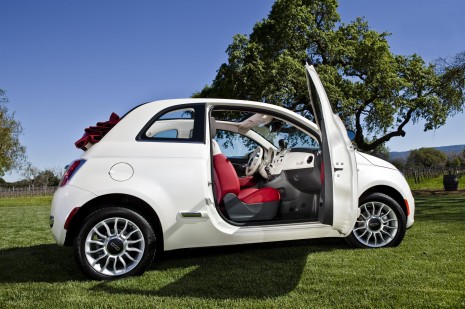 Second on the list is a new addition, the 2012 Fiat 500 Cabrio, which has an EPA-rated fuel economy of 30/38 mpg city/highway and a combined figure of 33 mpg. With the Fiat 500 Cabrio, you either love its styling or hate it. And one thing’s for certain, you will be getting looks wherever you go. 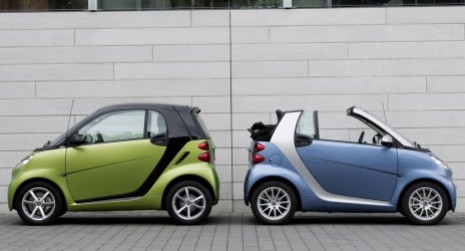 Number one on the list, you guessed it, is the 2011 Smart ForTwo Cabriolet. Its fuel economy comes in at 33/41 mpg city/highway and 36 mpg combined and understandably, it’s the smallest of the bunch. If you can live with its styling and cramped interior, then this is the best choice for fuel conscious convertible buyers.