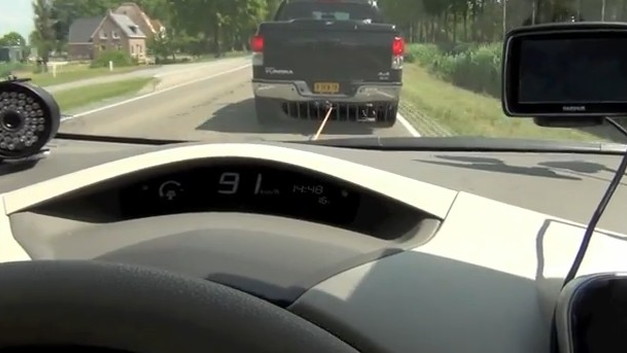 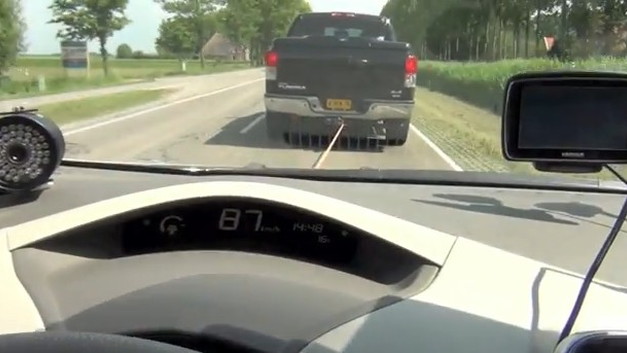 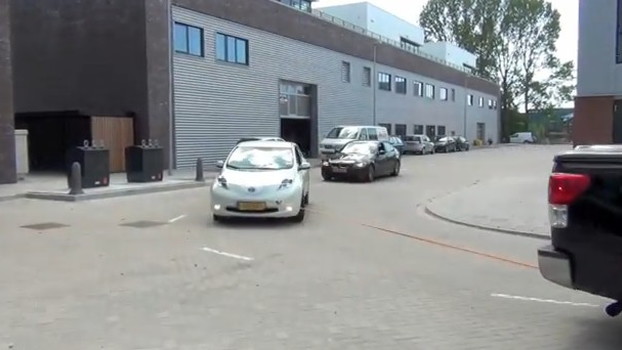 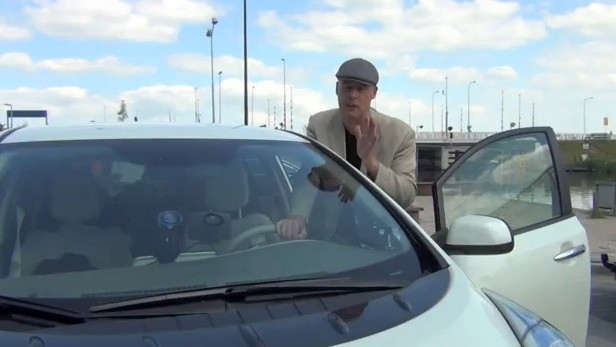 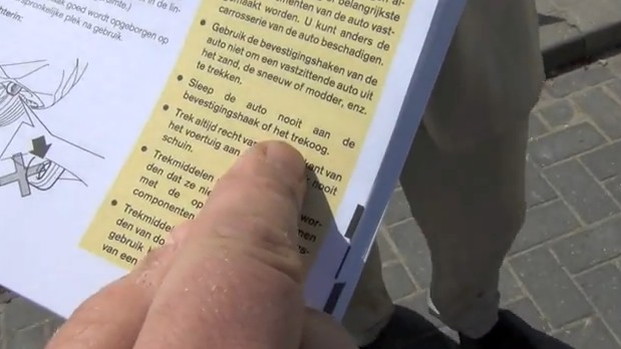 Imagine the scene: You’re out in your 2011 Nissan Leaf only to discover you have 6 miles of available range left but need to travel 26 miles to reach your youngest daughter’s birthday party.  Oh, and there’s no-where to charge.

At least, that’s the crazy premise which lead the team over at Leafplan.nl to tow an almost-empty 2011 Nissan Leaf behind a pickup truck in order to fast-charge its battery pack.

DISCLAIMER: Before we go further, while we think it’s fun thing to do in a crazy-kind of way we do NOT suggest you copy them.

Nissan specifically recommends you DO NOT tow your Leaf in any circumstances, since the car’s motor is mechanically connected to the wheels at all times, and does not have a true ‘neutral’ gear.  In short, towing your Nissan Leaf (or most electric cars) can result in serious damage to your car. Pulling this stunt is most likely going to invalidate your warranty in the case of things going wrong.

With our backs now covered, let’s move on to the actual theory behind the attempt, which as it happens, is pretty sound, at least... technically.

Electric cars use regenerative breaking to recapture the kinetic energy of the car’s movement and convert it back to electrical energy in the battery pack when you apply light pressure on the brake pedal or release your foot from the accelerator pedal to slow down.

Towing an electric car to charge it isn’t exactly energy efficient either. (Just look up the laws of thermodynamics if you don’t believe us.) However, we think in this particular case energy efficiency wasn’t so much the aim and the included video certainly has an air of a scripted, pro-electric car fantasy episode of Top Gear to it.

The Leafplan boys aren’t the first to tow-charge an electric car either. Last year when the fresh-faced graduate students from University College, London were preparing for their epic Pan-American highway trip in a converted racing car they ended up tow-charging their SR-0 car on a test-run to London from Paris after their 300+ mile-per-charge car failed to properly charge overnight. Both car and battery pack survived the ordeal.

However silly or clever you think it was, the stunt experiment did indeed prove that it is possible to tow-charge a Nissan Leaf with a large, gas-guzzling SUV or pickup truck.

But we think the experience of having your $33,750 electric car towed at speeds of around 55 miles-per-hour in order to gain 30 miles of charge in ten minutes may be a little too much for most owners to bear.

Then again, now that the 30 minute Level 3 CHAdeMO rapid charging feature offered as an extra on the 2011 Nissan Leaf is not going to be adopted officially, perhaps this could be a solution for those wishing to get an extra charge in double-quick time.

Would we do it? Probably not, and we suggest you don’t either. But we have to give the Leafplan.nl team the credit for doing the things we’re too chicken cautious to do.