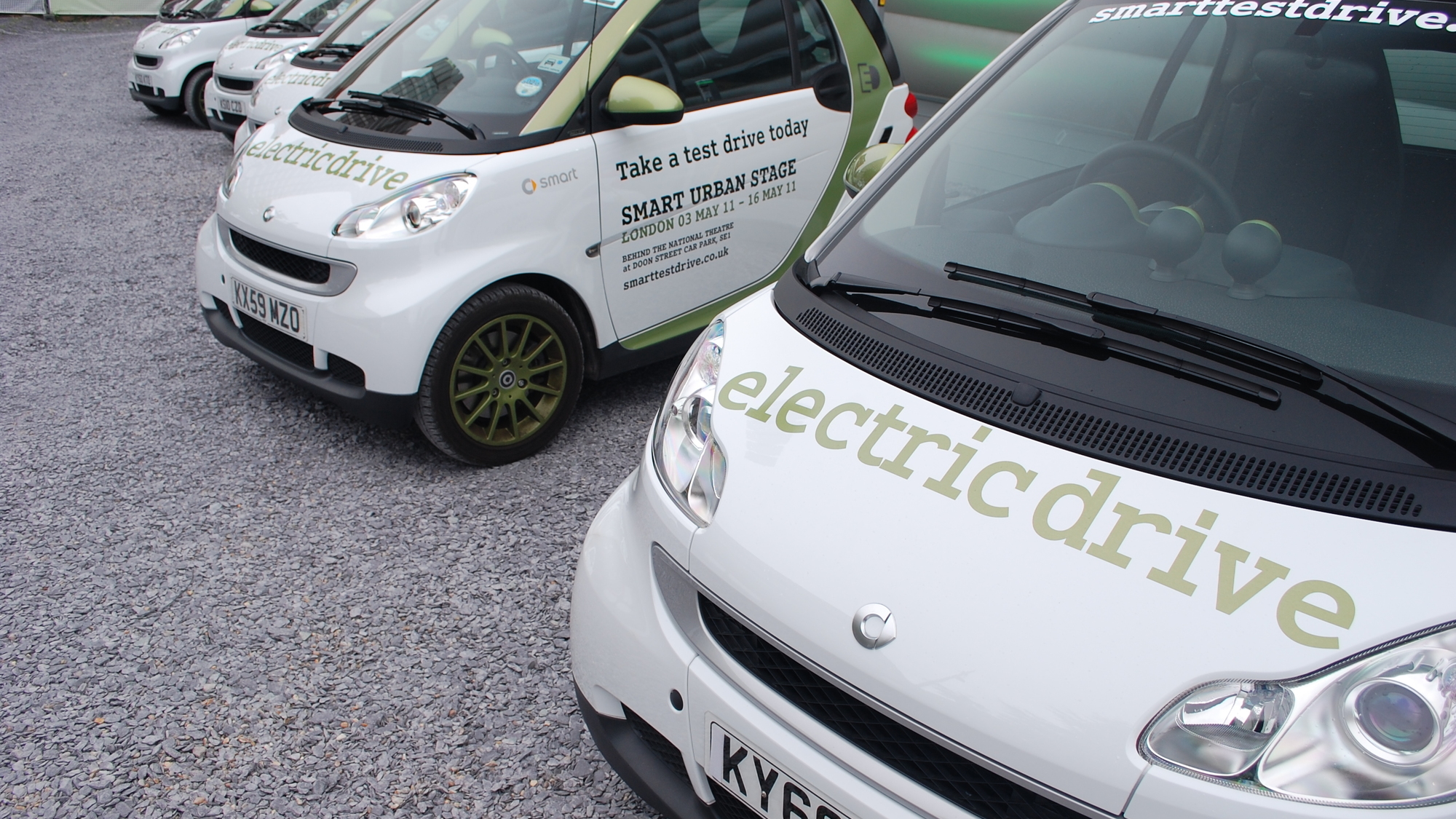 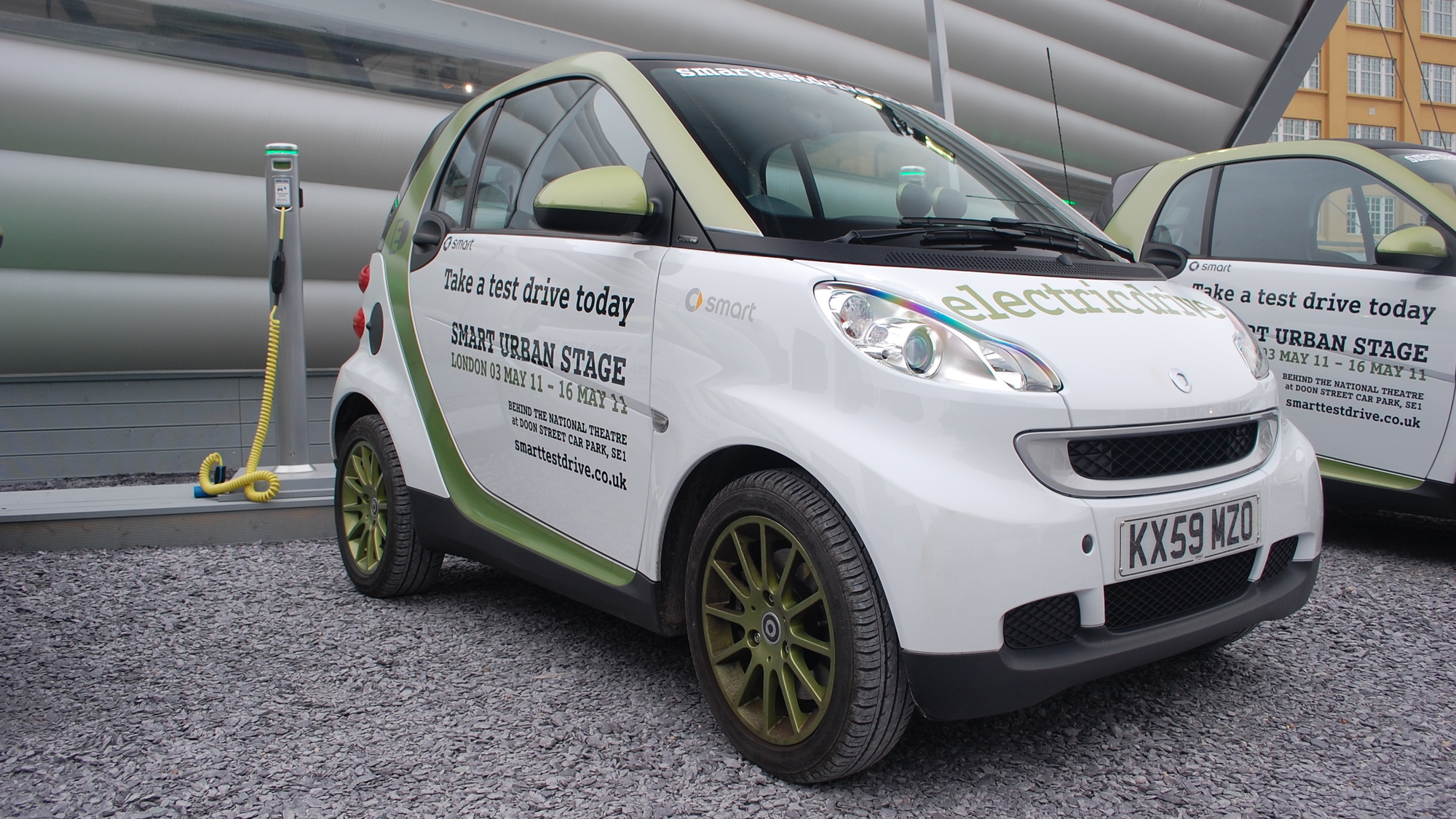 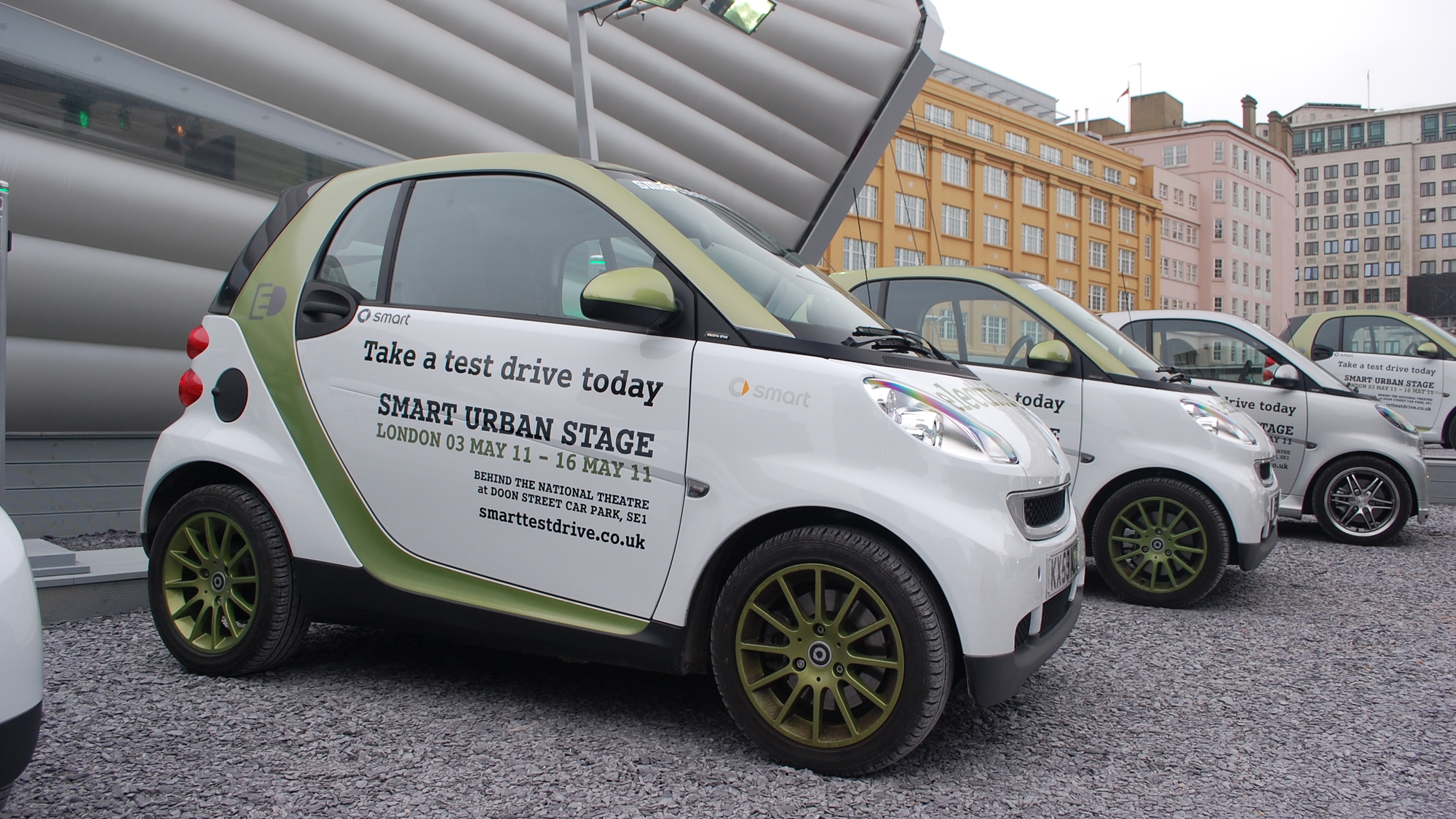 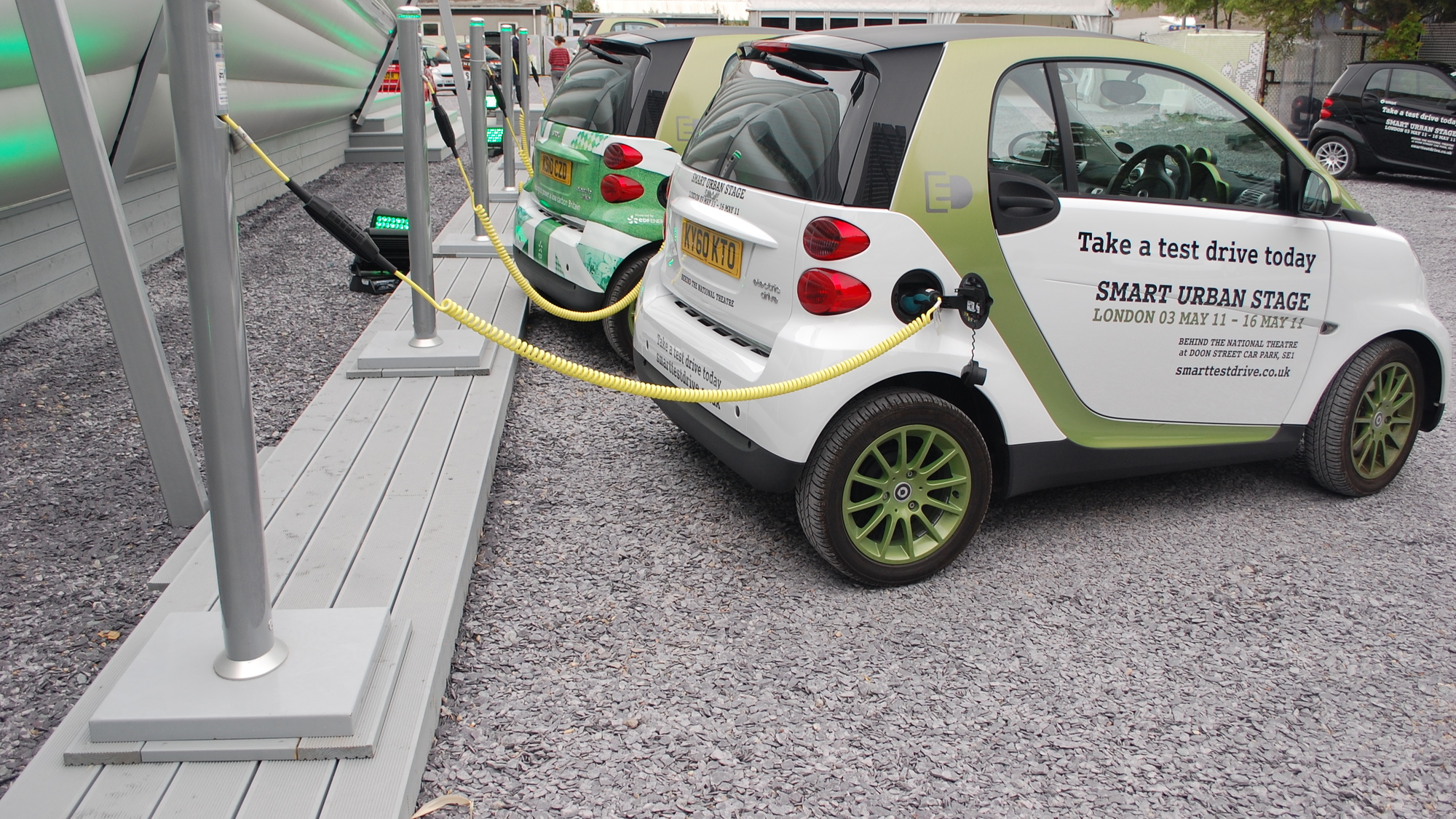 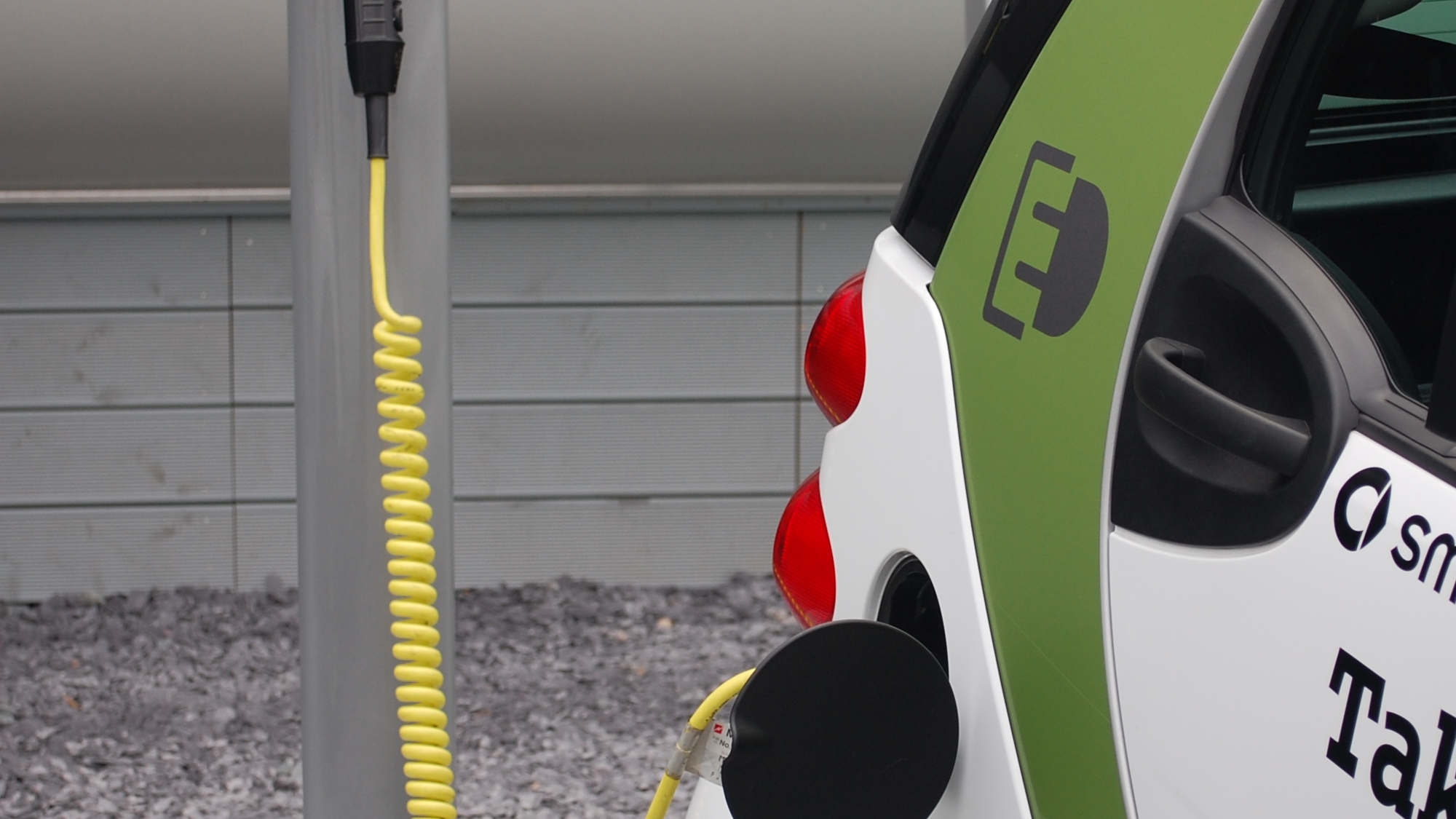 What makes the perfect city car?

Compact dimensions are a good place to start, so you can sneak into small parking spaces on a crowded street and squeeze through gaps that would leave other traffic impatiently waiting.

Nippy acceleration is useful too, so you aren't left lagging at the lights. Throw in a tight turning circle, smooth ride, and low running costs, and you're just about there.

If you add an electric drivetrain to that list, then you've basically described Smart's 2011 Electric Drive city car. We've driven the diminutive EV before, but smart invited us to test it on the streets of the English capital city, and it'd have been rude to refuse.

Our last drive in the car was on a smooth test track, so bumpy, pot-holed surfaces and stop-start driving would present a different challenge.

To all intents and purposes, the Smart Electric Drive is identical to a regular ForTwo in all but the drivetrain. That means the same quirky styling, and the same funky, airy and comfortable interior, suitable for drivers of well over six feet tall. Cubby holes are abundant, and the "ignition" barrel is in the center console (just like old Saabs) near a stubby drive selector.

Once on the move, you quickly build opinions on the car. Throttle response is smooth and the car feels nippy, but not particularly quick.

The accelerator pedal has some dead travel right at the top (in common with regular smarts) that makes stepping off the line smoothly and quickly a little more difficult than you'd expect. The ride is certainly better than the regular ForTwo though, despite the electric models riding on stiffer Brabus suspension--you can thank the damping effect of heavy batteries for that.

Steering is responsive, and the brakes feel sharper than the regular ForTwo, even though (or perhaps because) there's no battery regeneration under braking. When London's average speed is said to be less than 10 mph, the smart's 62mph top speed doesn't seem too bad either.

And, you know, it's pretty fun to drive around tight city streets--even if it's mostly for intangible reasons. There are several cars out there that are better and quicker to drive, but few have the character and uniqueness of the Smart.

The cabin is a nice place to spend time when you're at a standstill, and the high driving position puts you somewhere between regular cars and SUVs. Used exclusively in a city environment, it makes a lot of sense.

All Smarts (the Brabus performance model excepted) are exempt from the Congestion Charge, meaning no £10 ($16) per day charge. They're also Vehicle Excise Duty (road tax) exempt, and the electric drive takes the cost-cutting a step further, since it'll cost a pittance to "refuel", even compared to the miserly diesel model.

You'd be hard-pressed to find a car better suited to congested European streets.

In the United States? With larger and more car-friendly cities, greater commuting distances, and cheaper energy costs, the gem starts to lose its sheen. Throw in the fact that wherever you live, the Smart is lease-only with a minimum down-payment of $2,500 and monthly payments from $599, and it becomes much harder to make a case for the car.

So is the Smart Electric Drive the perfect city car?

Unfortunately, no: It isn't.

But with a new model in the pipeline that will hopefully right the current car's wrongs, and be available for purchase as well as lease, you never know--that verdict might change.