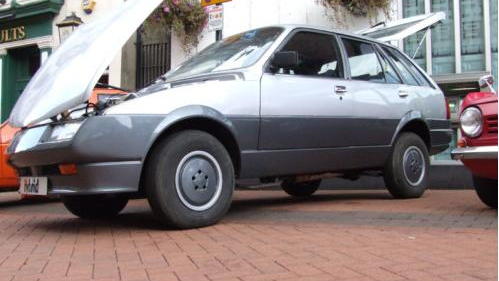 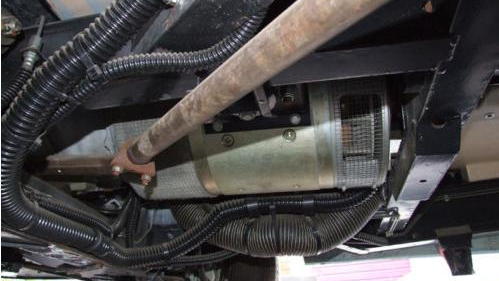 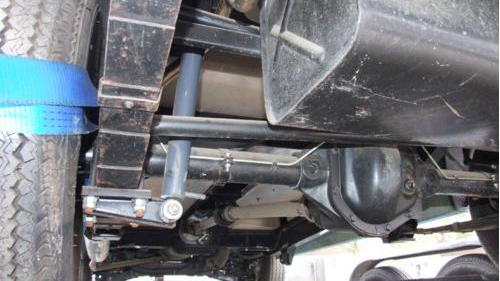 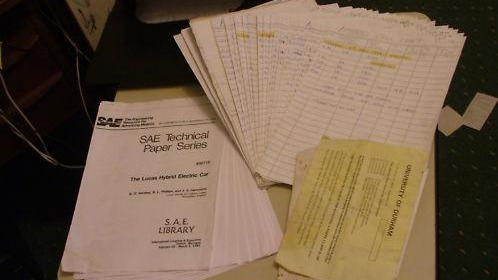 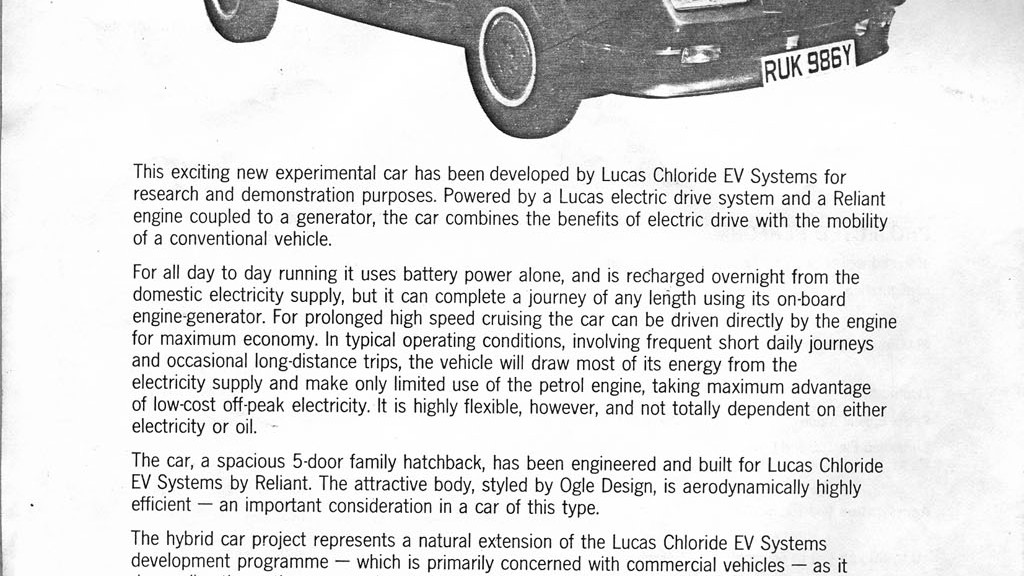 The history of the auto industry is littered with the carcasses of the cars and companies that didn't make it.

Modern hybrid-electric vehicles were first commercialized by Toyota, with its 1997 Prius (sold in the U.S. starting in 2000).

But many concepts, development vehicles, one-offs, and other technology experiments preceded that first Prius.

Now an arcane piece of hybrid history has turned up on eBay UK, representing major names in the waning British car industry that came together to create an experimental concept car that cost, according to the literature, 1 million pounds sterling.

The car, a Lucas Hybrid-Electric Research Vehicle, was designed and built during the 1980s by the combination of Lucas, the electric parts maker; Ogle Design, the design house that also briefly produced cars under its own name; and Reliant, the longstanding maker of both plastic three-wheel cars and the sporty Scimitar hatchback coupe in the 1970s. 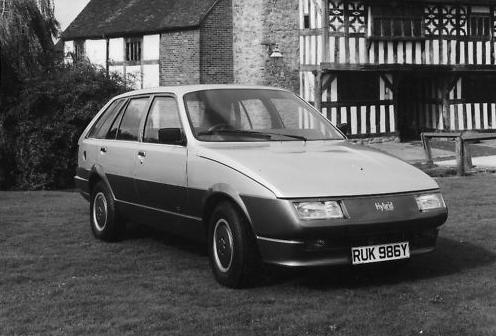 It debuted at London's Olympia Motor Show in 1982, fitted with a plexiglass hood so the mechanical parts could be seen.

The five-door hatchback design was "highly aerodynamic"--at least by the standards of the day--for lowest energy consumption.

The seller says he acquired it from a museum, but has too many projects to be able to finish it. And it has, he says, just 380 road miles from new since its road tests were completed.

Complete but for batteries

The car has been under a dust cover for many years and will need new batteries, according to the description. The alternator also needs to be reconnected. The buyer must bring a trailer, as the car has not been put through Britain's comprehensive Ministry of Transport (MoT) annual safety inspection. 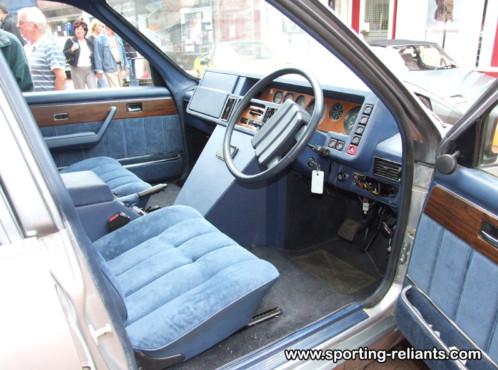 The Lucas Hybrid can run either in pure electric mode, or with its tiny 0.85-liter 40-hp (30-kW) Reliant four-cylinder engine turned on to power a 25-kW generator that flows power to the 50-kilowatt (67-hp) electric drive motor. The Reliant engine is brand-new and runs beautifully, according to the seller.

This latter mode is called "series hybrid," and is the same way the 2011 Chevrolet Volt (also a five-door hatchback) propels itself: The wheels are turned by a electric motor that draws power from the onboard 21.6-kilowatt-hour battery pack (about one-third larger than the Volt's).

In this case, it uses lead-acid batteries rather than modern lithium-ion cells, with an onboard charger allowing the pack to be charged by plugging it into the electricity grid. The electric range was given as 40 miles (also the Volt's approximate range), with 0-to-50-mph (yes, 50, not 60) of, ummm, 23 seconds. 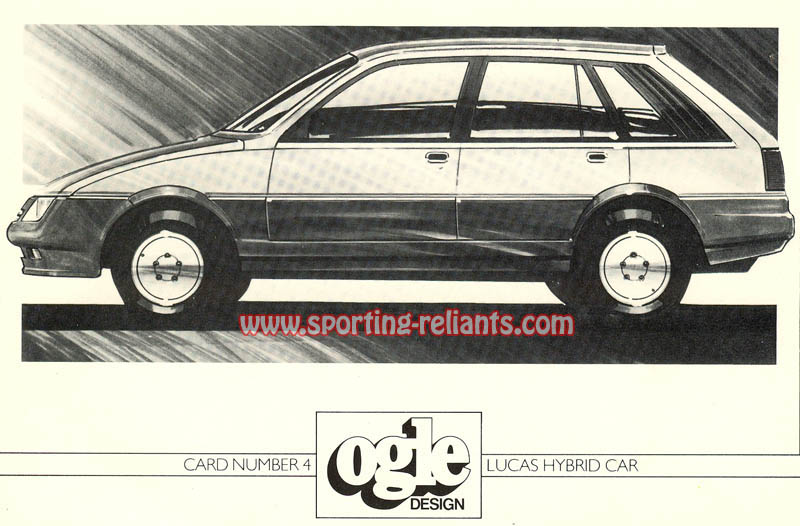 Unusually, the car can also operate solely on engine power, like a conventional car, as well as in parallel mode (like the Prius hybrid), with both the engine and the motor contributing torque to the wheels.

The car has a stated top speed of 85 mph, and accelerates up to 75 mph on battery power alone.

Other firms experimented with series hybrids (like Daihatsu's 1993 Dash concept) and electric cars (like Volkswagen's CityStromer electric Golf conversions) during the 1980s and 1990s. But hybrid history stretches back to the earliest days of the automobile itself.

The world's first hybrid, in fact, was created in 1900 by an Austrian engineer named Ferdinand Porsche, who later founded the sports car company that bears his name.

Porsche just spent millions of Euros to re-create that 1900 Semper Vivus, demonstrated in running order last week at a reception before the New York Auto Show where the 2012 Porsche Panamera S Hybrid was launched.

Meanwhile, you have roughly four days left to bid on this orphaned but fascinating British experiment. The opening bid is £3,900 (roughly $6,450), and as of now, there are no bids.

The Lucas brand is our cue to throw in one of the many, many Lucas jokes by long-suffering British-car owners: What are the three positions of the Lucas headlight switch?

Leave us your answer in the Comments below.