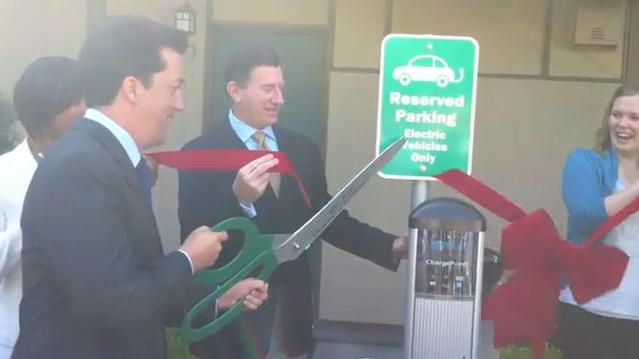 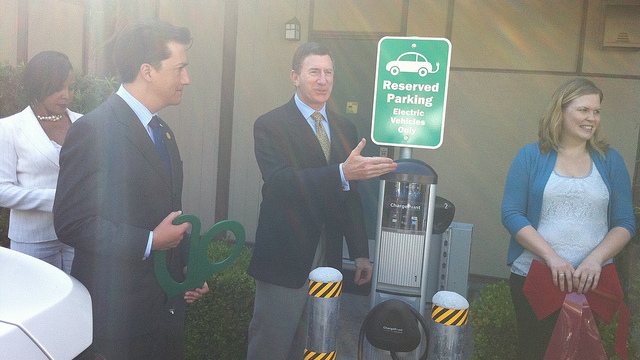 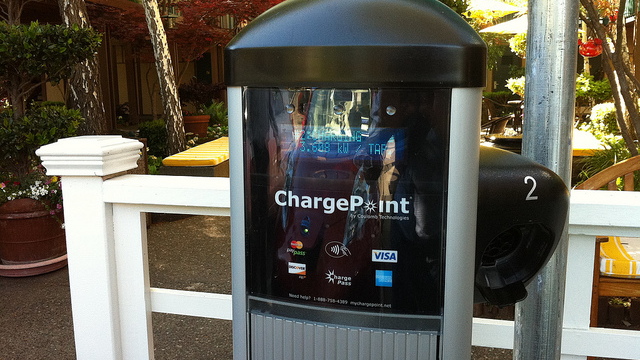 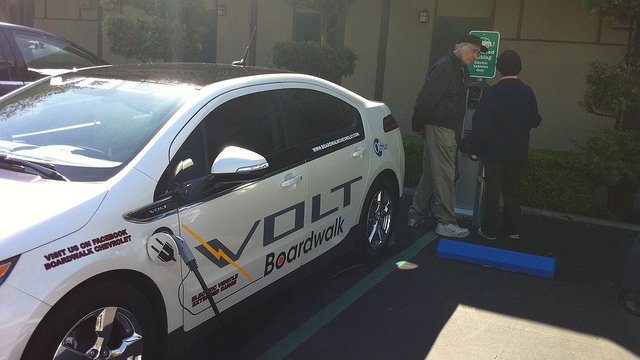 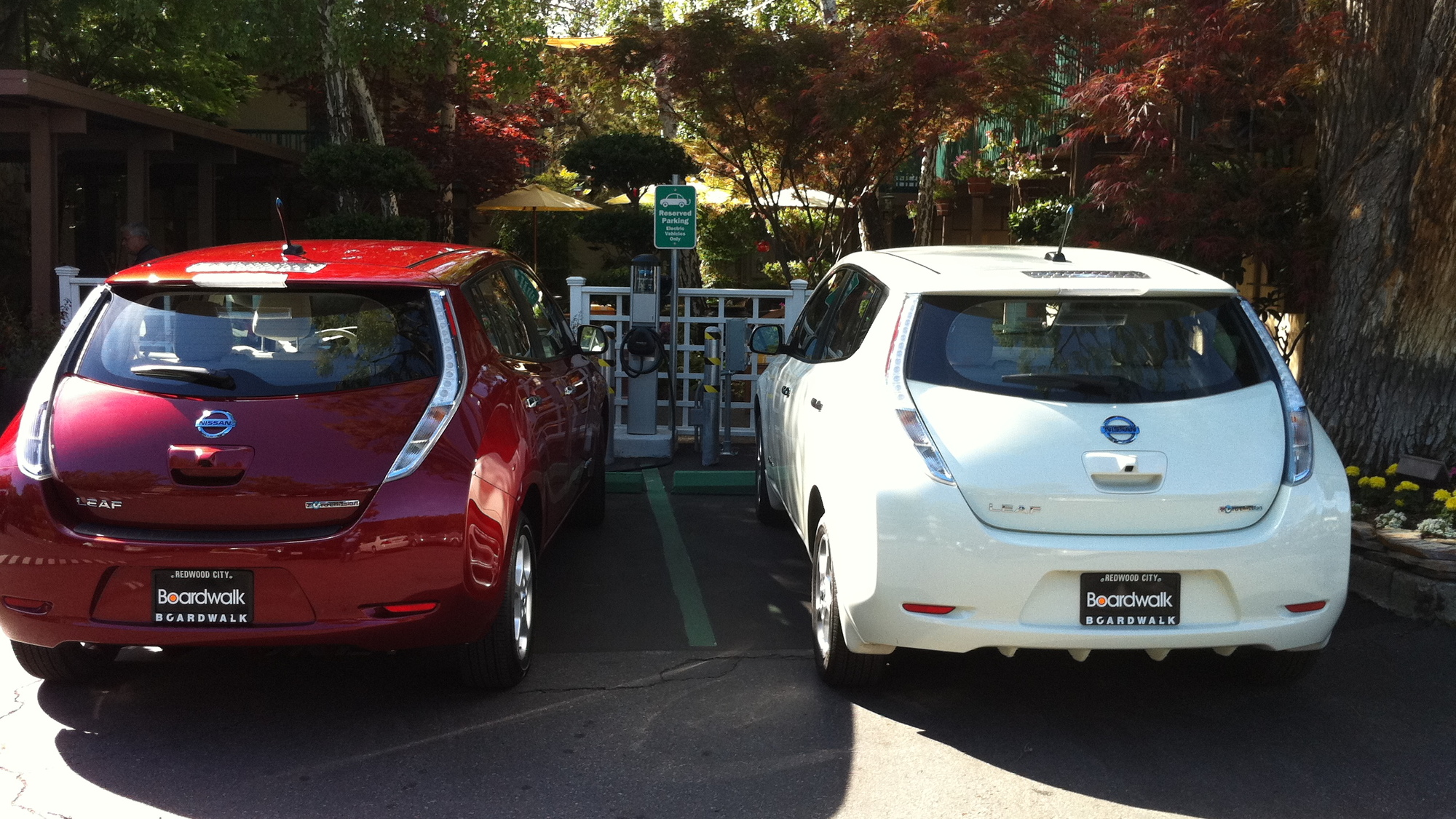 While AllCarsElectric posts are regularly written from at least three countries, occasionally we get to cover electric-car events in our own back yard--specifically, Palo Alto, California.

On Friday, we attended a ceremony to inaugurate the first electric-car charger installed at any hotel in very own town. (We also shot photos when the first 2011 Nissan Leaf was delivered last December in San Francisco.)

About 50 citizens, politicians, community activists, and reporters attended the brief event held at Palo Alto's Creekside Inn. Just off to the side were a 2011 Chevrolet Volt and a pair of 2011 Nissan Leafs.

The mayor cut the ceremonial ribbon over the Coulomb Technologies Level 2 charging station to inaugurate the new amenity, which will be operated by ChargePoint.

Genteel applause ensued, followed by cocktails and canapes next to the swimming pool.

The hotel notes that the charging station will be available on a complimentary basis both to hotel guests and visitors. It will take up to 8 hours to refill a 2011 Leaf battery pack if it is entirely depleted.

Other hotel chains are considering or installing chargers as well. The Element Hotel brand (owned by Starwood, which started the trendy W Hotel chain TK years ago) in particular plans to offer electric-charging at every location, including the branch it opened in December in the heart of New York City's Times Square.

You can watch Jeff's video of the short, cheerful ceremony here: