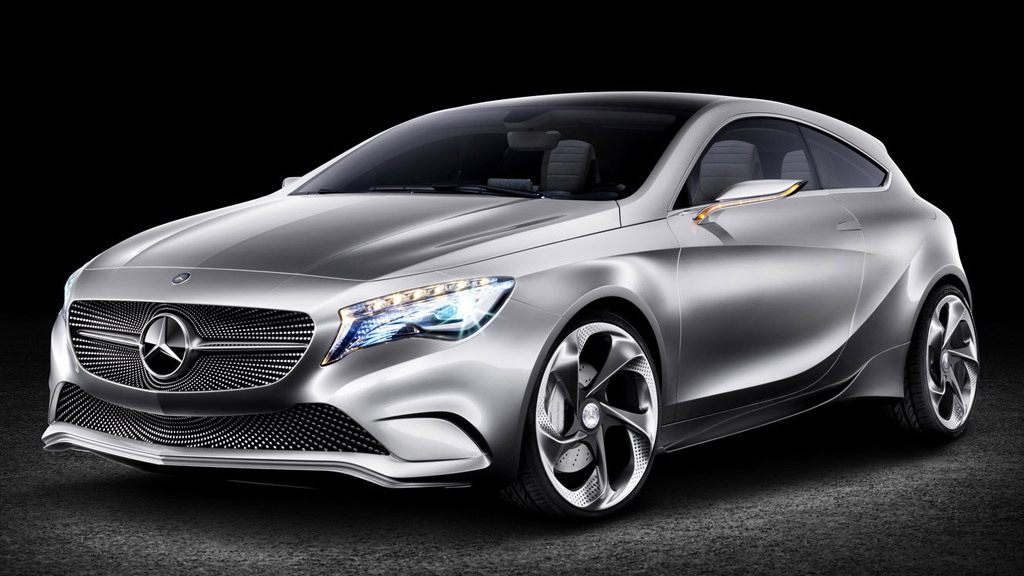 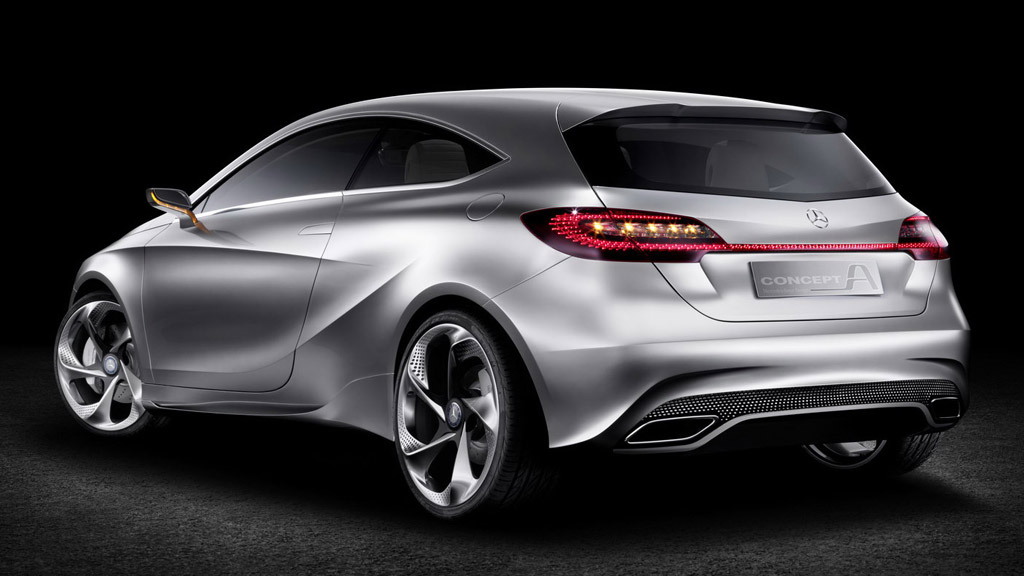 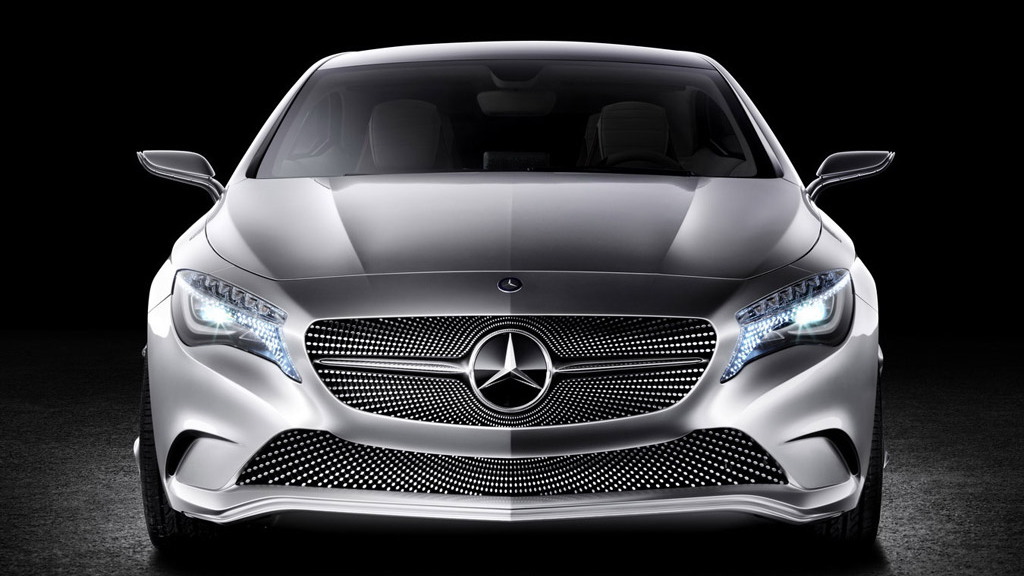 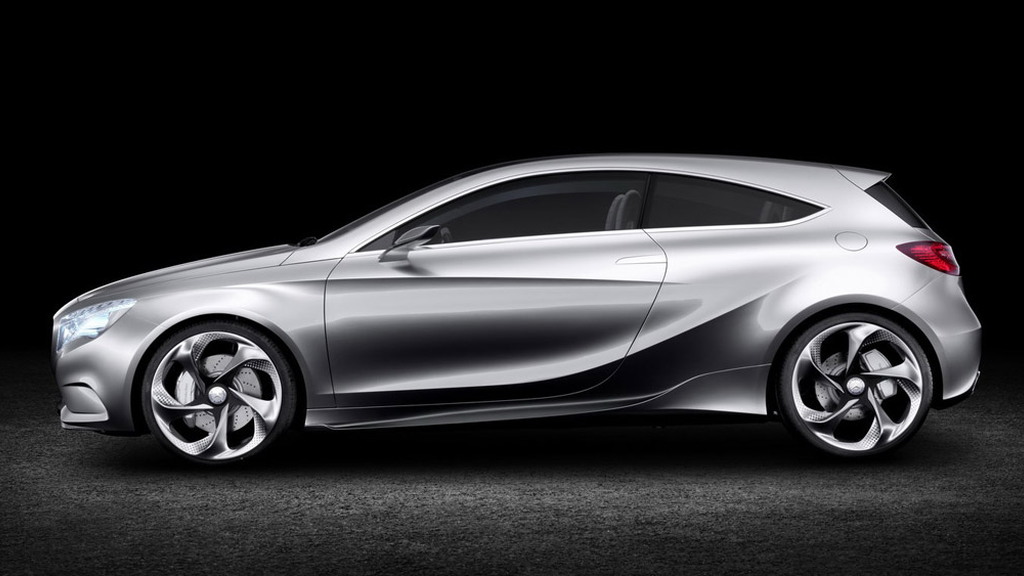 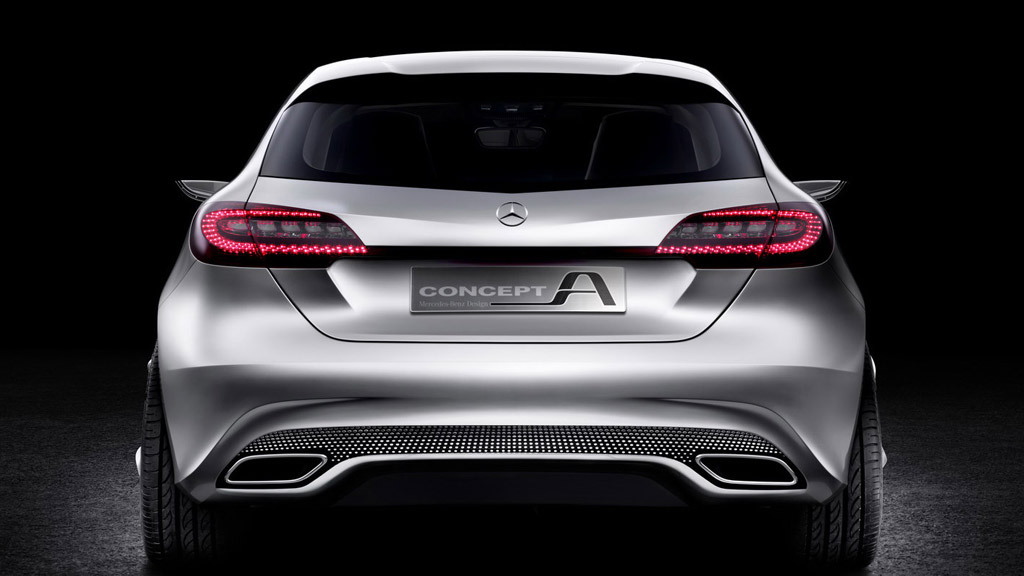 Mercedes-Benz is working on a family of new small cars, several of which will be heading to the U.S., possibly by the end of next year. Designed to compete with BMW’s 1-Series range, the new Lexus CT 200h and even the Audi A3, the new family of small cars will serve as the replacements for the existing A-Class and B-Class models sold overseas and is expected to feature a conventional hatchback, stylish four-door coupe, a compact SUV and a sporty roadster.

In just a few weeks, at both the 2011 Shanghai and New York auto shows, which this year are taking place during the same week, Mercedes-Benz will present the new Concept A-Class. Shown here, the new concept is a preview of the hatchback model from Mercedes’ new small car family and might we say it looks stunningly good.

But it’s not just about style. The technical highlights include a 'downsized' turbocharged engine, a dual clutch transmission and a radar-based collision warning system with adaptive brakes.

This front-wheel drive model is powered by a four-cylinder gasoline engine from the new M270 engine series. It was designed for transverse installation, and thanks to direct injection and turbocharging it offers high performance potential together with minimal emissions and enhanced fuel consumption--displacing just 2.0-liters, the engine outputs around 210 horsepower.

Look forward to live shots of the 2011 Mercedes-Benz Concept A-Class direct from the 2011 New York Auto Show floor in just a few weeks. In the meantime, head over to our sister site MotorAuthority for more details.

A few years back if you were told BMW’s hallowed M division would be launching SUVs, installing turbochargers and striving for improved fuel efficiency, you’re immediate assumption would be that the person telling you all this was crazy.

Fast forward to today and we have the X5 M and X6 M duo, soon a naturally aspirated engine only in the M3 (and even that won’t last for much longer) and an M5 with brake energy recovery and engine stop-start technologies.

Perhaps it’s a sign of the times, but if you thought that was it, things are about to get even stranger.

Speaking with Autocar, BMW M development chief Albert Biermann stated: “There will be some all-wheel drive surprises on M cars in the future”.

While we already have all-wheel drive M cars in the form of the X5 M and X6 M, the new M5 is eventually expected to spawn an all-wheel drive version too. The move is in response to strong demand for such vehicles from the Northern regions of the U.S. where all-wheel drive AMG and RS models from Mercedes-Benz and Audi are doing rather well.

You can expect BMW M’s all-wheel drive technology to be significantly more sophisticated than the standard xDrive setups already available on certain BMW models--and a lot more rear-biased. Either way, if it works for Ferrari then we’re sure BMW will have no problem selling all-wheel drive M5s.