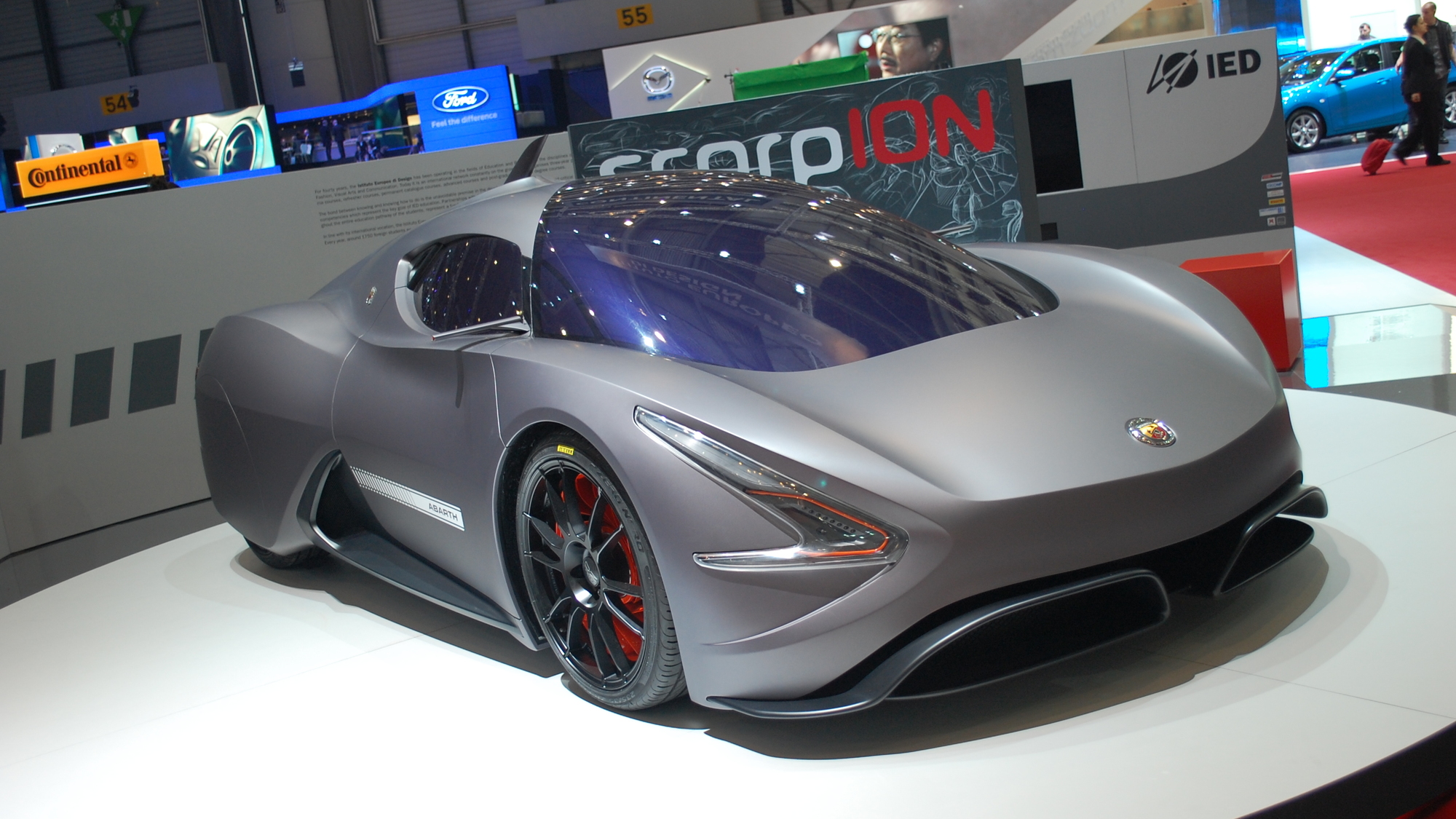 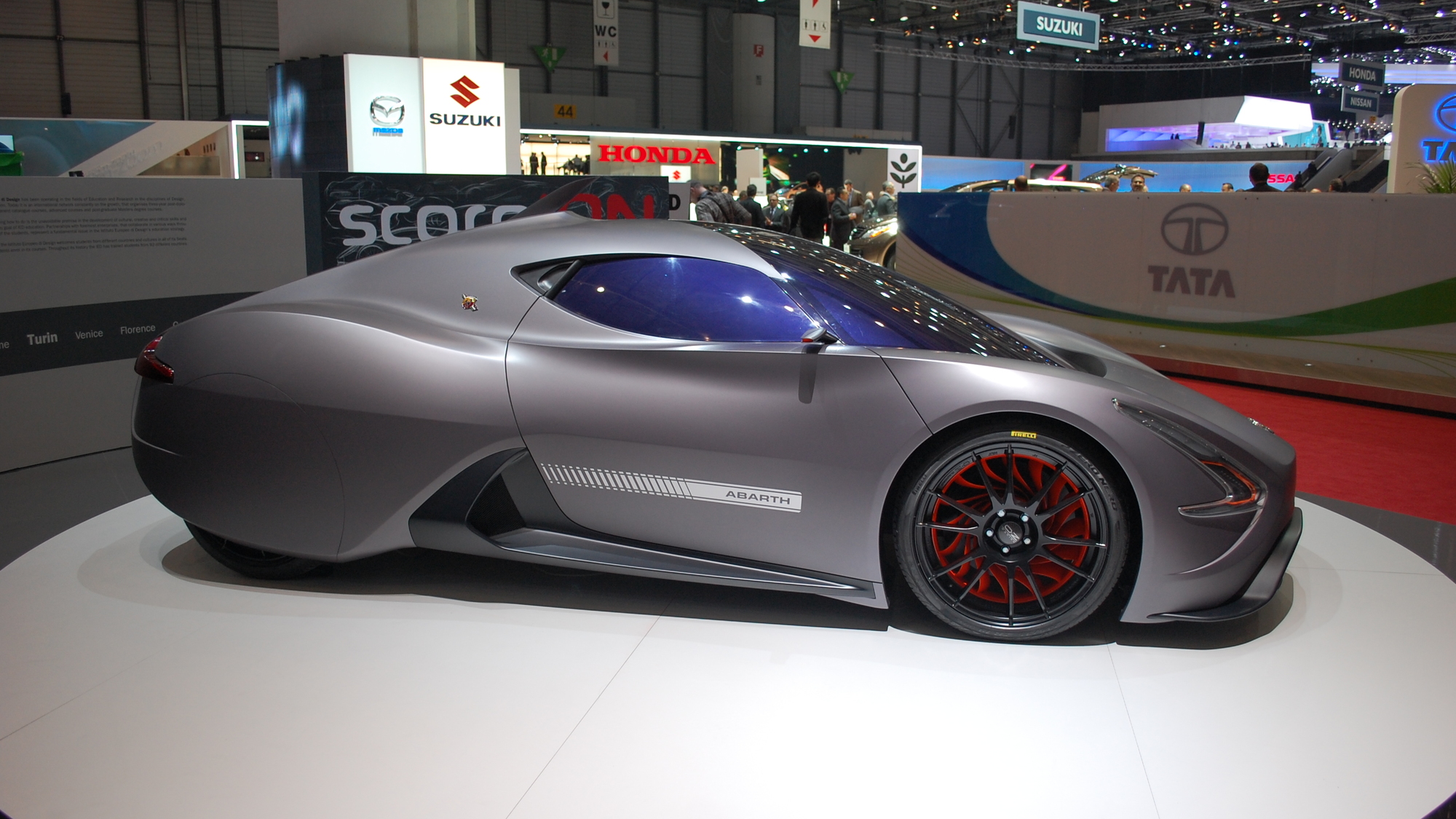 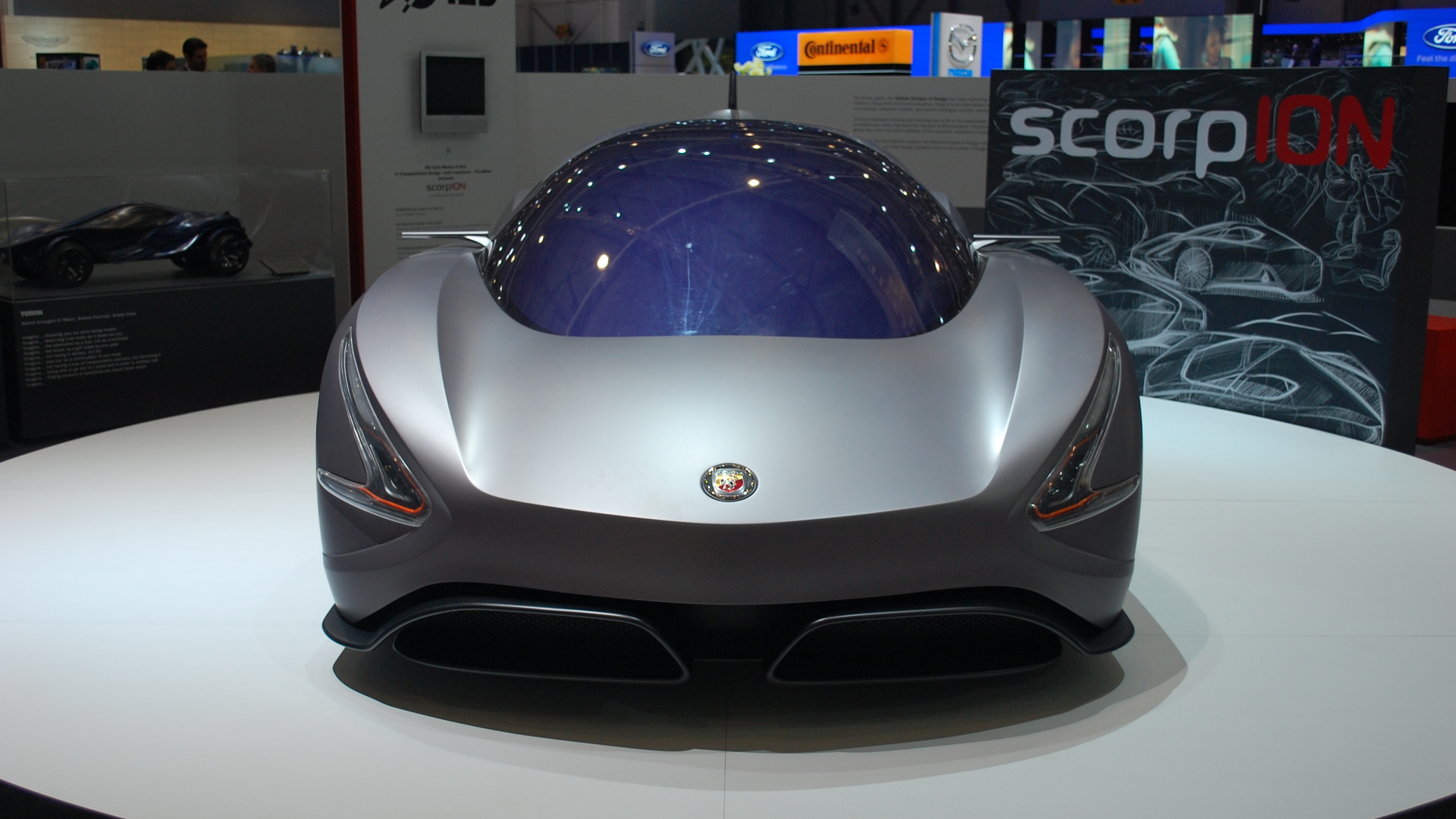 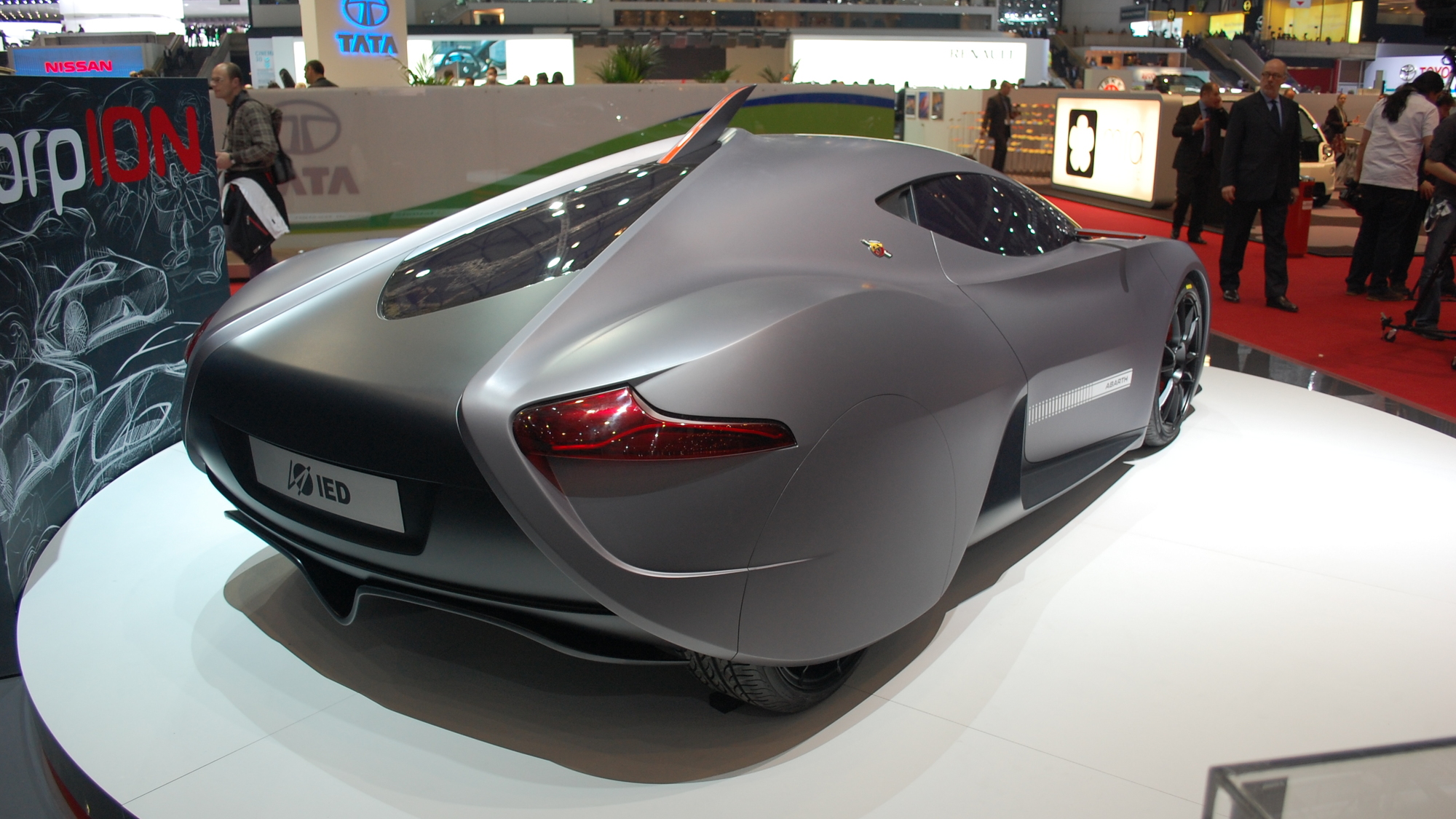 What happens when you give an Italian design studio free reign to create an electric car wearing one of Italy's most celebrated badges? You get the Abarth ScorpION concept, by IED.

Unusually the ScorpION wasn't present on Abarth's own stand amongst the hotted-up Fiat 500s and a single seater series race car, instead lurking across the hall on Istituto Europeo di Design's (IED) own stand. This led us straight past the car several times before noticing it, a fairly subdued gray paint scheme not attracting as much attention as the design itself deserves.

The concept behind the ScorpION is that of a light weight, electric sports car. IED don't solely work on cars, and students at IED design everything from fashion to household products. The ScorpION is a good example of design freedom unconstrained by production reality, though this also means there are very few details of the electric drivetrain, and there's not a chance that Fiat and Abarth will build it.

What we do know is that it's just over 13 feet long by 6'3" wide and a scant 47 inches tall, which certainly makes it compact just like old Abarth racing cars. Unlike the old Abarths though the ScorpION looks incredibly agressive, the IED students really playing on the scorpion theme. In particular, the claw-like headlights and sharp barb on the roof are styled to evoke images of the deadly arachnids.

The overall form is quite flowing with hints of Mazda's Furai and Taiki concepts, especially the latter's faired-in rear wheels. The screen is large and bubble shaped hiding a two-person cabin, and flanked by tiny wing mirrors that presumably use rear facing cameras as is becoming the norm with concept cars. At the rear, the lines from each rear arch flow all the way up the rear screen meeting at the rooftop barb, echoing a scorpion's curved tail.

The other unique detail can be found behind each front wheel, a turbine-style structure which could be used for cooling brakes, or even the electric motors. The ScorpION is four-wheel driven and in common with most other electric cars, would use a Lithium-Ion battery pack.

We wondered why Abarth chose not to display the ScorpION on its own stand, but reasoned that as a design study it's likely nothing like the sports car that Abarth is eventually intending to produce. That car will likely be neither four-wheel drive nor an electric vehicle. We can't see a production model's styling being quite as wild either, but hopefully Abarth will see fit to include a little of that scorpion inspiration.

It seems we're going to have to wait a little longer for the Italians to give us an electric version of the sports cars they do so well...