Electricity and high-performance cars may or may not mix, depending on your frame of reference, but whether you're a Tesla fan or Formula 1 devotee, it's easy to agree that a hybrid or all-electric Porsche would be a welcome creation for sports car and EV fans alike.

Porsche blew us away last year with the impressive 911 GT3 R Hybrid race car and 918 Spyder hybrid concept, confirming its support for the greater electrification of the automobile, and just this week the automaker surprised us all once again with the reveal of its electric Boxster E prototype.

However, long before there were any rumblings of an electric Porsche, one of the automaker’s longtime tuners, Ruf, was already building a handful of 911s with their engines swapped for electric motors. 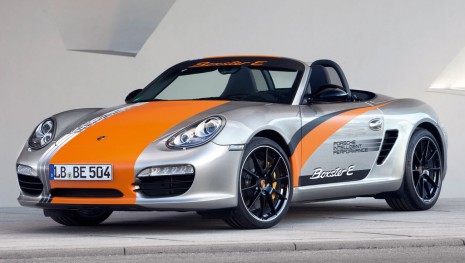 Now, in the same week that Porsche unveiled its Boxster E, Ruf has announced plans for real world trials of a small fleet of electric Porsche 911 prototypes based on the current 997 model. Ruf will be testing three different electric drivetrains amongst its fleet of prototypes, with each vehicle powered by lithium-ion batteries and fitted with an on-board data logging system.

The first type is a single motor drivetrain featuring a 241 horsepower electric motor and a 29 kWh lithium-ion battery. It will have a driving range of 93 miles, a top speed of 138 mph and should accelerate from 0-62 mph in around 7 seconds.

The second is a twin motor drivetrain featuring a two-speed gearbox and a combined output of 335 horsepower. Ruf has installed a bigger 36.6 kWh lithium-ion battery and claims the prototype is good for a 124 mile driving range, a top speed of 138 mph and 0-62 mph acceleration in 5 seconds flat.

The final drivetrain, and possibly the most exciting, features the same two motor setup mentioned, but gets a torque vectoring system. It relies on two separate angular bevel gearboxes for independent rear-wheel drive.

Public trials of the new eRuf electric Porsche 911 fleet will start later this year in Germany.