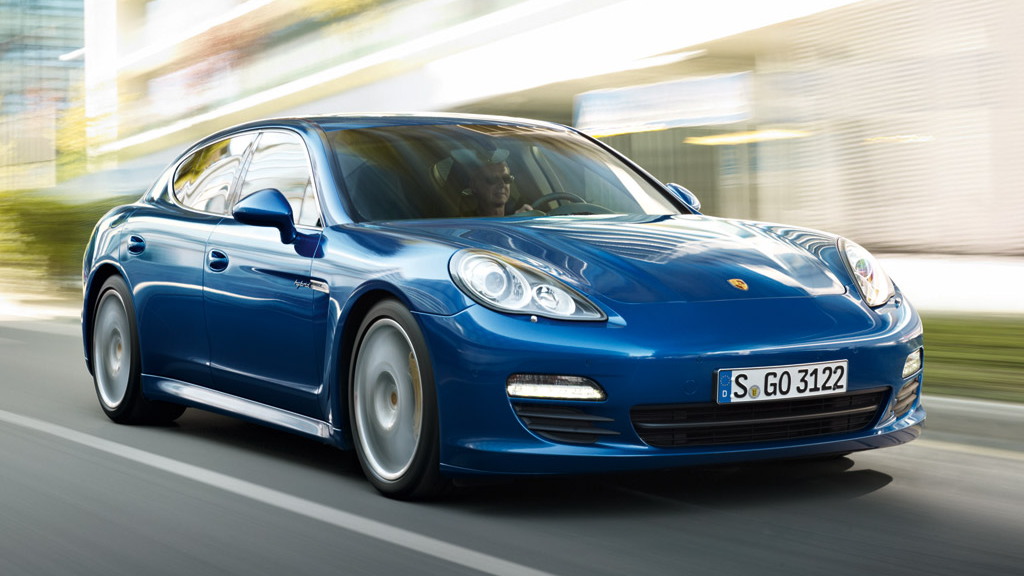 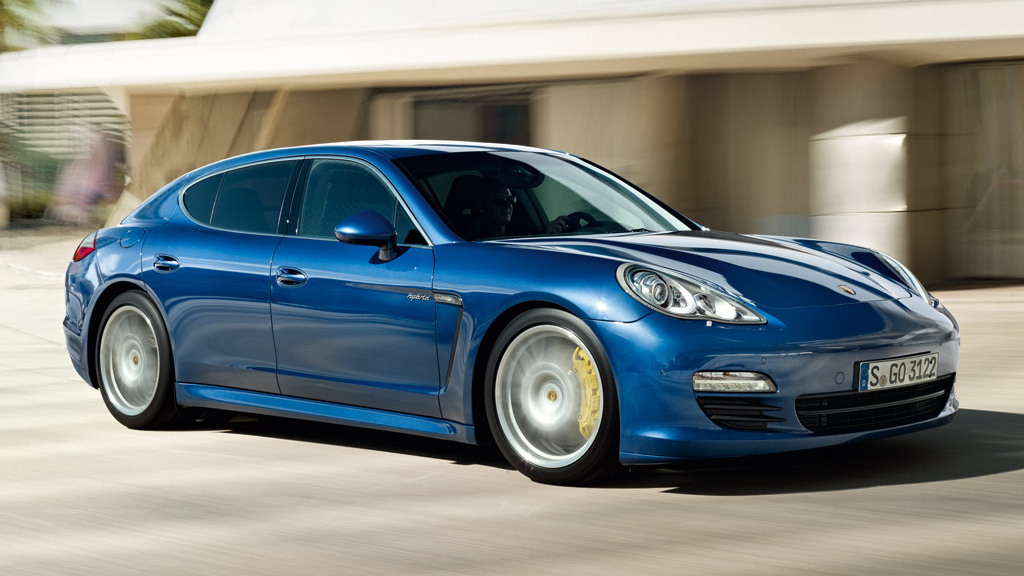 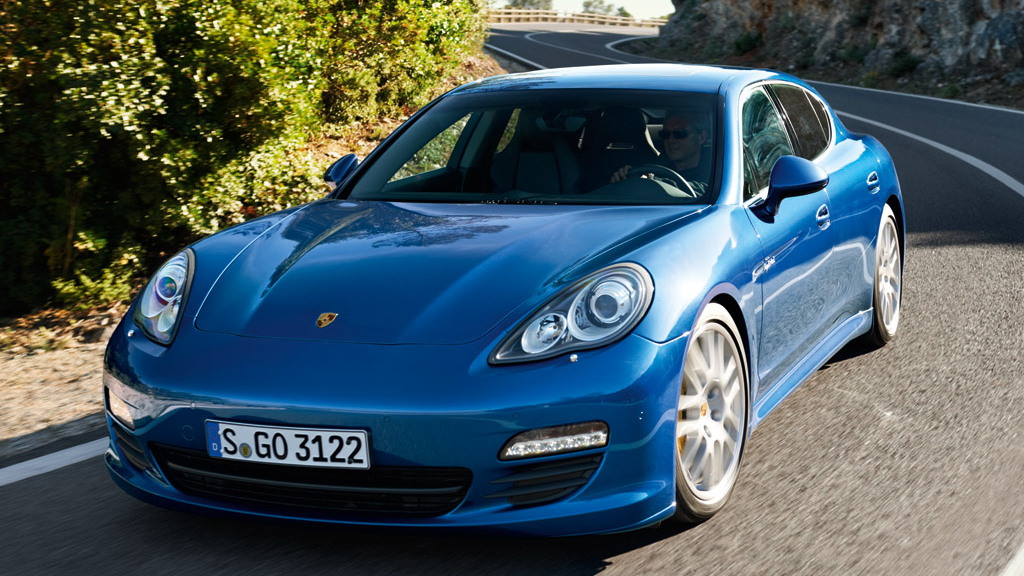 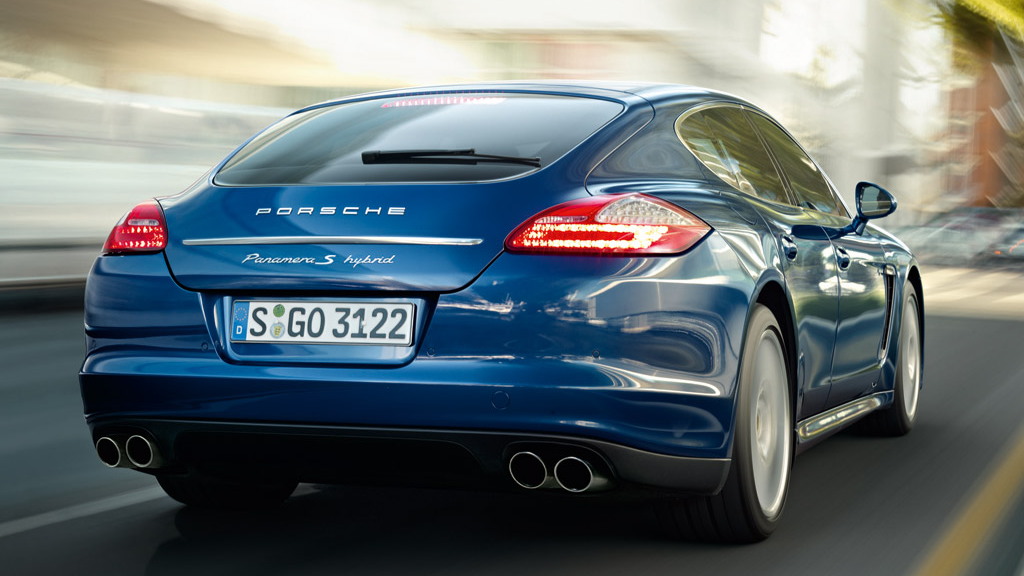 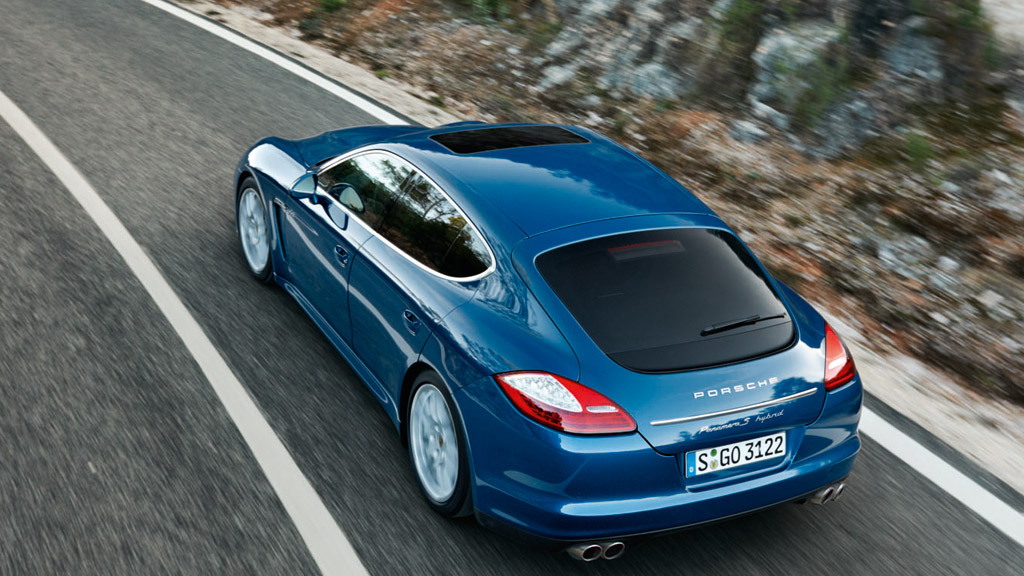 8
photos
It's no secret that Porsche has a new found love affair with vehicle electrification, having unveiled its first hybrid model ever last year, the 2011 Porsche Cayenne S Hybrid, as well as teasing fans with high-performance hybrids such as the 911 GT3 R Hybrid and 918 Spyder.

Porsche even unveiled an all-electric version of its Boxster sports car this week and confirmed that a production version will eventually be produced.

That’s already quite a tally for a company focused on building sports cars but Porsche has even more electrified vehicle plans up its sleeve. The sports car company from Stuttgart has revealed today the new 2012 Porsche Panamera S Hybrid, which will be making its world debut next month at the 2011 Geneva Motor Show and should be on sale in the second half of the year.

The new model develops 380 horsepower from a combination of a supercharged 3.0-liter V-6 and electric motor running on lithium-ion batteries. Porsche claims it’s good for a fuel economy of 34.6 mpg for the European combined cycle. Note that this figure applies only when the car is equipped with Michelin low rolling resistance tires. Switch to standard tires and you’re looking at a fuel economy of 33 mpg.

Depending on driving conditions, either the supercharged V-6 or electric motor can operate independently or together. The two drive units are connected by a decoupling clutch. A hybrid controller constantly coordinates their interaction and electronic management of the clutch makes the transition among various driving modes seamless.

Another standout feature is the ability to cruise at high speeds without the aid of the gasoline engine. The engine can be completely switched off and disengaged from the drivetrain at speeds of up to 103 mph, eliminating any drag forces. You may recognize this as the same system found in the Cayenne S Hybrid. For more details on the setup, click here.

The 2011 Geneva Motor Show kicks off on March 1. Follow our complete coverage of the event by clicking here.