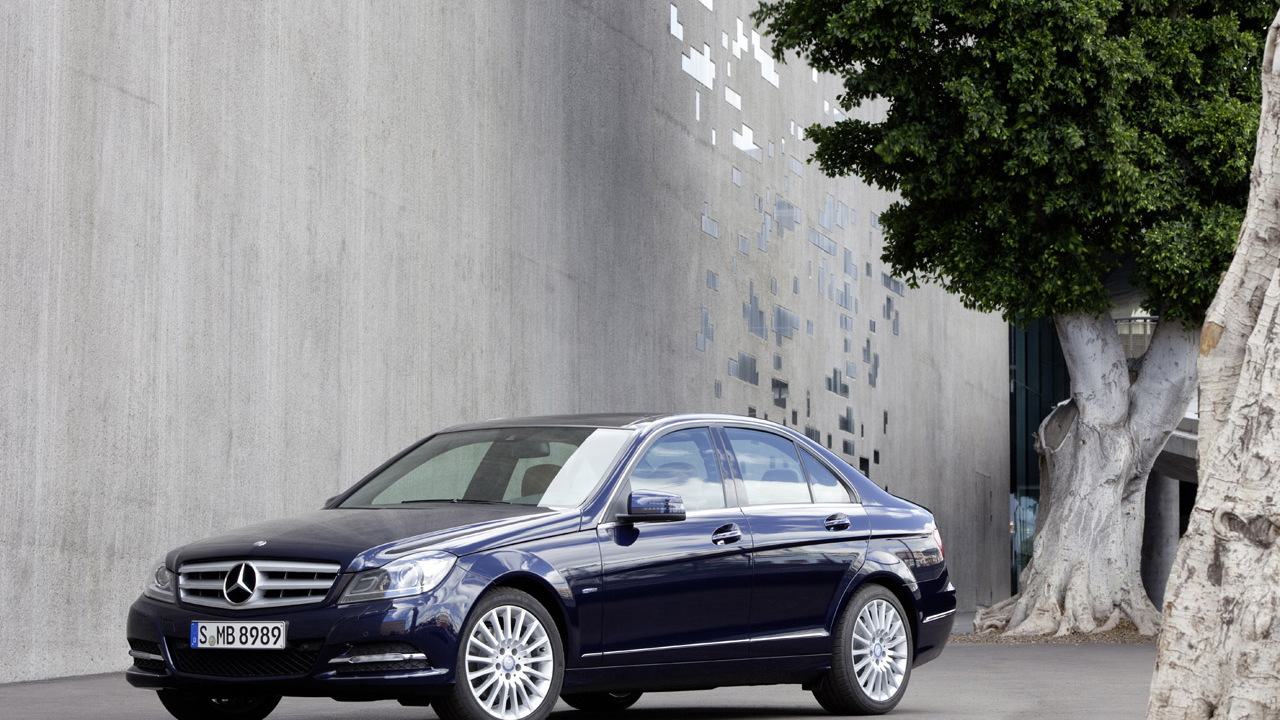 Mercedes-Benz likes to launch technologies and lead trends, but sometimes they follow along with the crowd.

In this case, Hyundai's doing it. Chevy's doing it. Chrysler's going to do it. Even Porsche will be doing it. And now Mercedes-Benz has joined the gang: The luxury carmaker too will fit a downsized, turbocharged, four-cylinder engine to a car where sixes were previously the rule (or at least a popular option).

The German brand will offer a 1.8-liter turbocharged four-cylinder engine to its 2012 C-Class, the first four it has offered in the U.S. in several years. More striking, it expects the four to power fully half the C-Class models sold in the United States going forward.

The C-Class has been fitted with both gasoline and diesel fours in Europe, and other markets, for many years. And in previous generations of C-Class, it offered both a C220 four and a supercharged version known as the C230 Kompressor. But with the launch of the current C-Class design in 2007 , the fours vanished.

Now they're back, and smaller than ever. Like the 1.4-liter engines that are becoming standard in compact cars, we expect fours of 1.8 to 2.5 liters to become the standard offering in midsize vehicles, from the 2011 Hyundai Sonata to the new lineup of 2012 Mercedes-Benz C-Class models.

The change is due to the pressure of new fuel economy regulations for model years 2012 through 2016.

For 2012, the C-Class is mildly restyled and has many detail changes, along with a new, sleek Coupe body style added to the range.

The new C250 model, the one housing the four, will become the base model in the 2012 lineup. It's hardly a slow econobox, though: The 0-to-60-mph acceleration time, at 7.1 seconds, is the same as that of the previous base TK-liter V-6.

While dealers had pushed back against including the four-cylinder models in 2007, there was no such reaction this time, according to Bernhard Glaser, general manager for U.S. product at Mercedes-Benz. He stressed there would be "no compromise for the customer" and "no downside" to the car, which would be more engaging to drive.

As well as new exterior styling and interior details, the 2012 C-Class gets new telematics systems, including 3-D displays, text-message display, Bluetooth audio streaming, and a USB port in the center armrest.

Mercedes-Benz is evaluating whether to offer a four-cylinder turbodiesel in its smallest GLK crossover, according to some reports, and it might offer that engine in the all-new C-Class due in 2015--when production of its smallest U.S. sedan is to shift to Alabama.