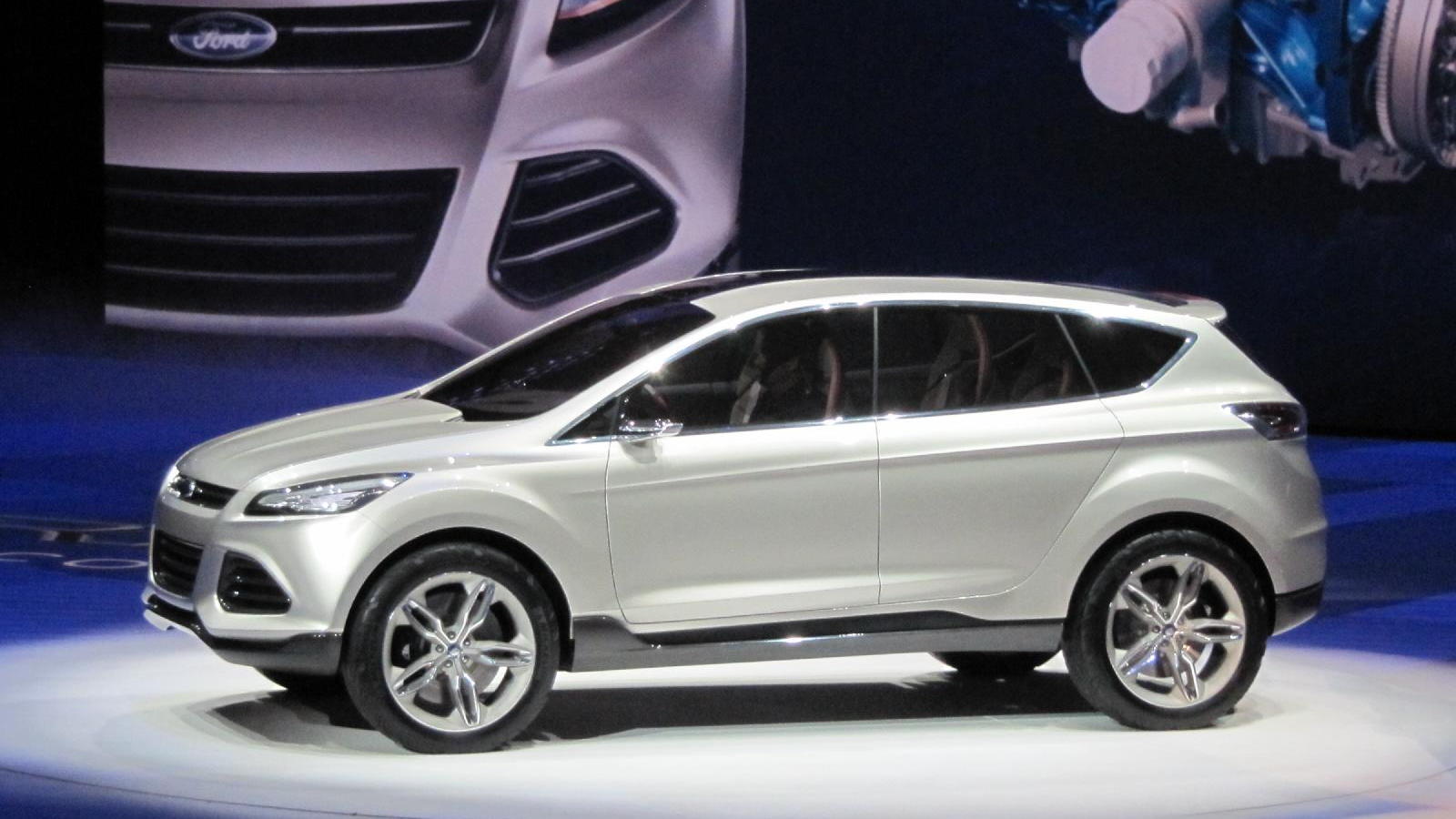 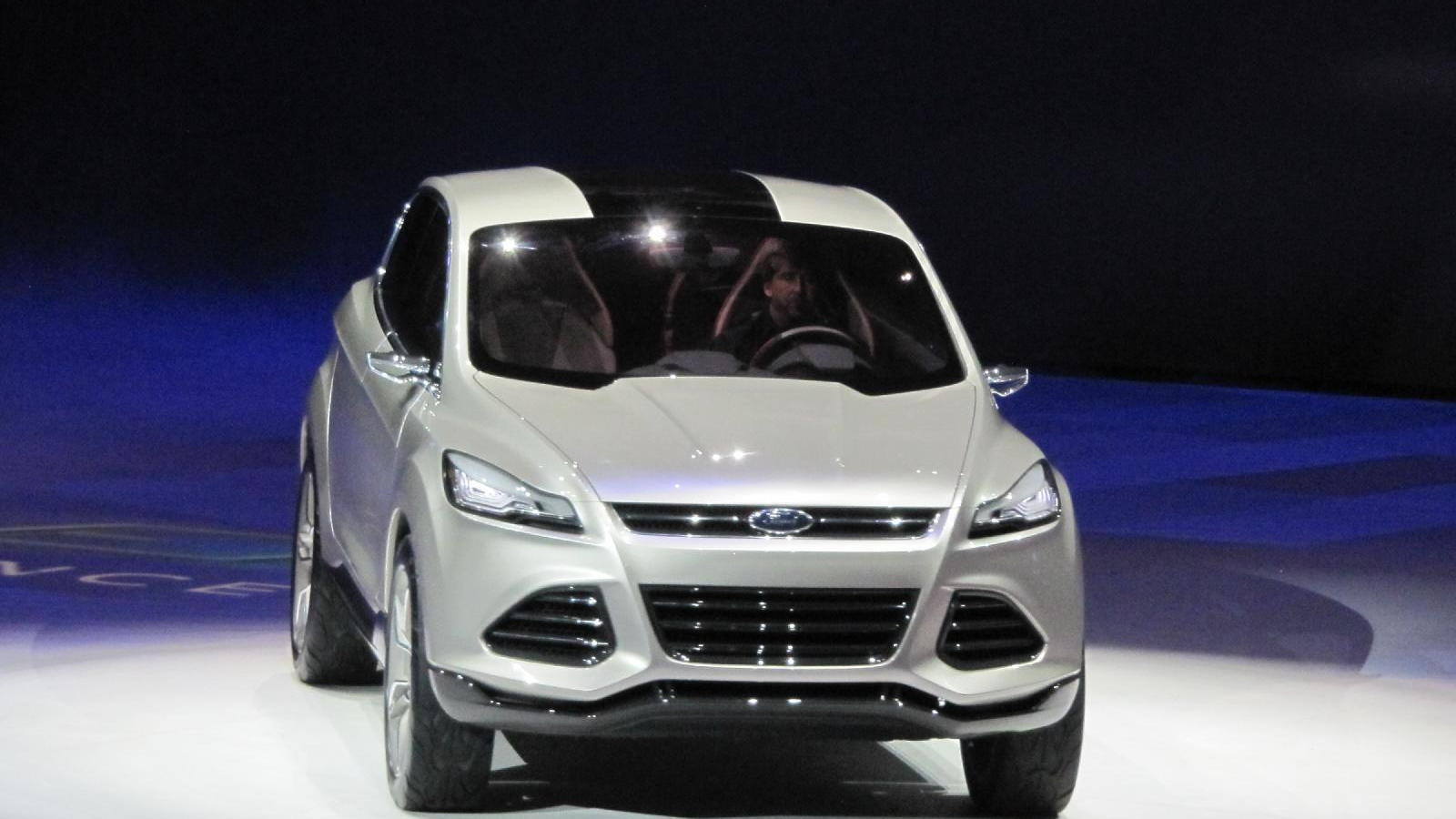 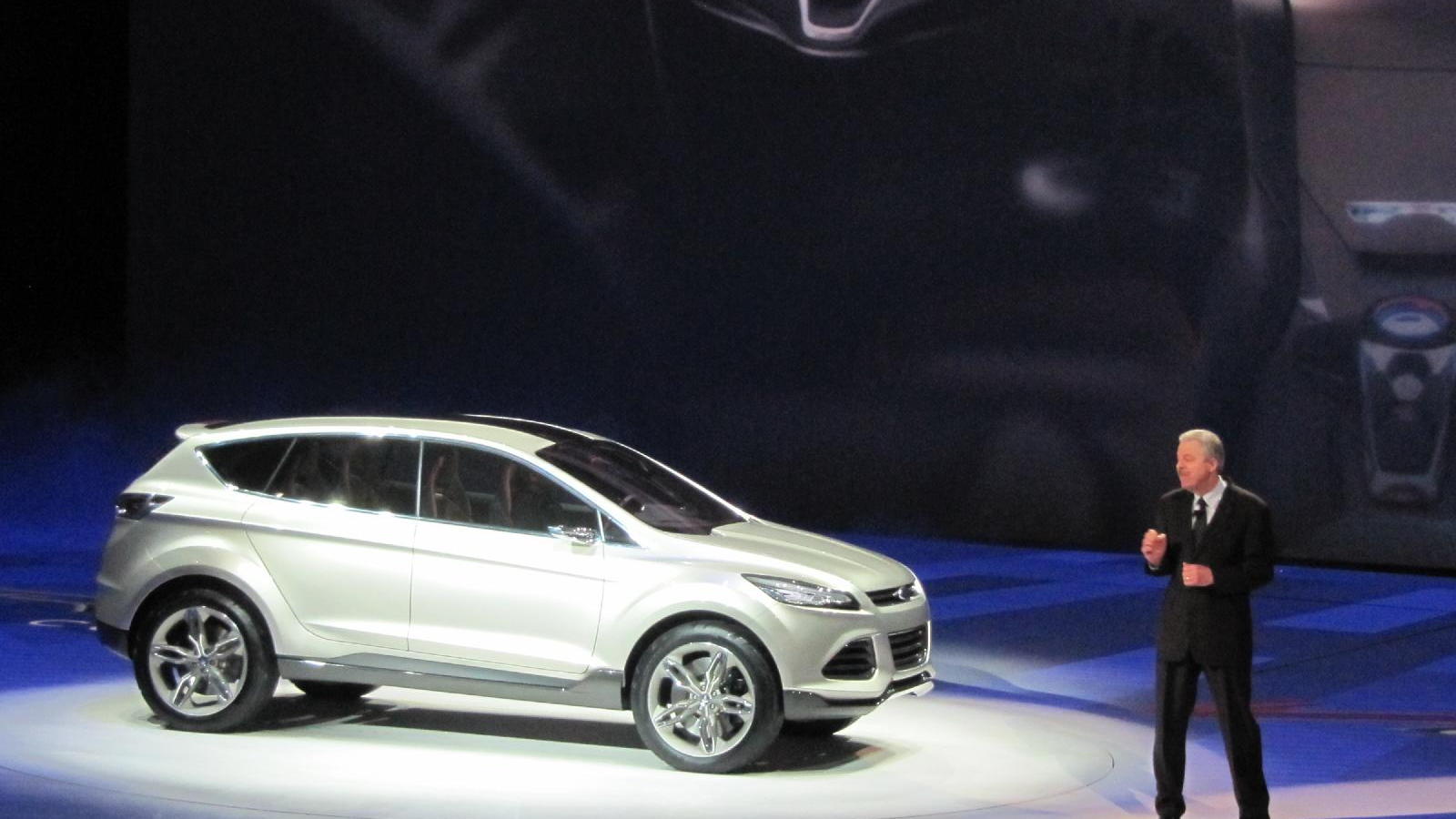 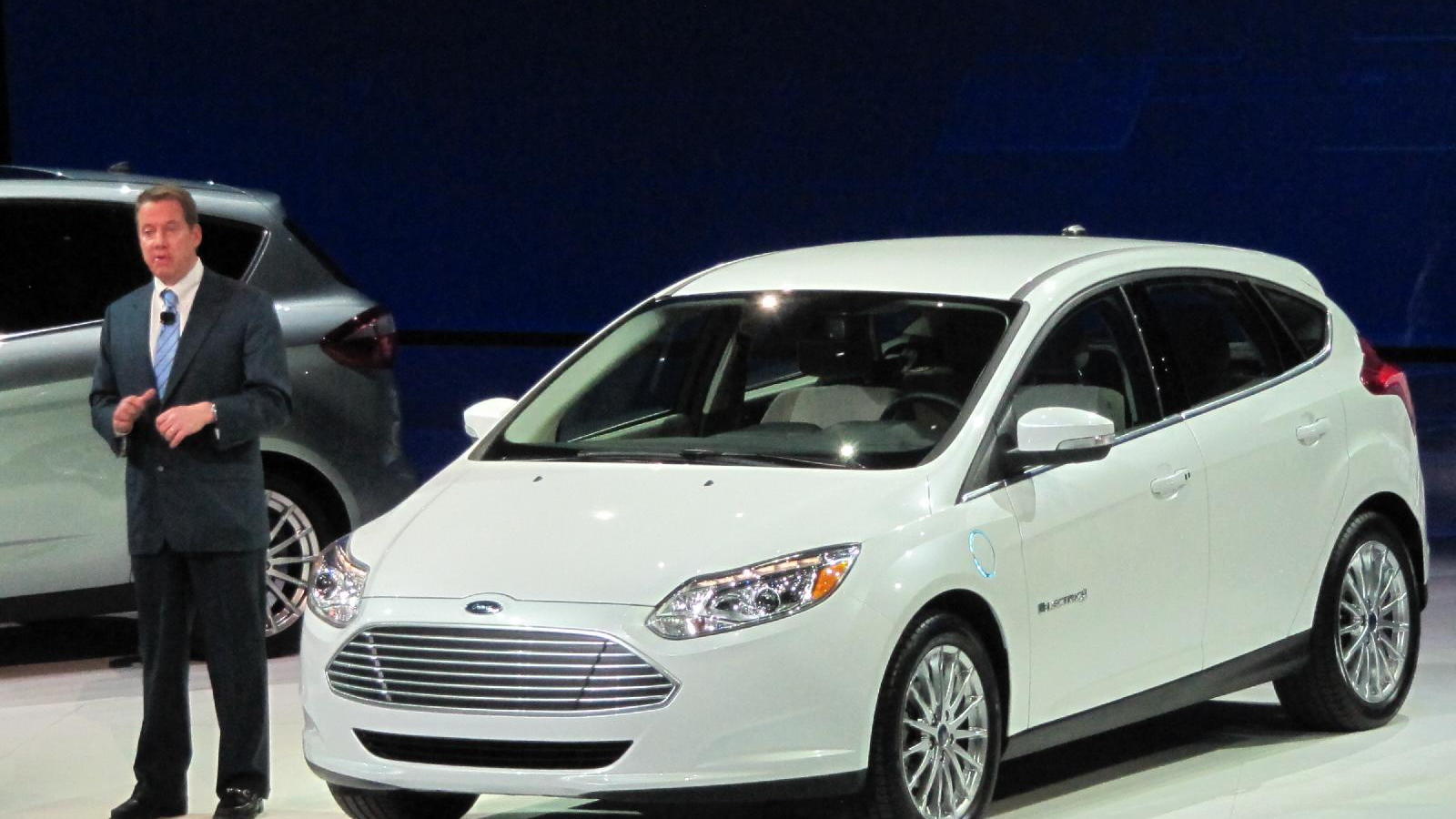 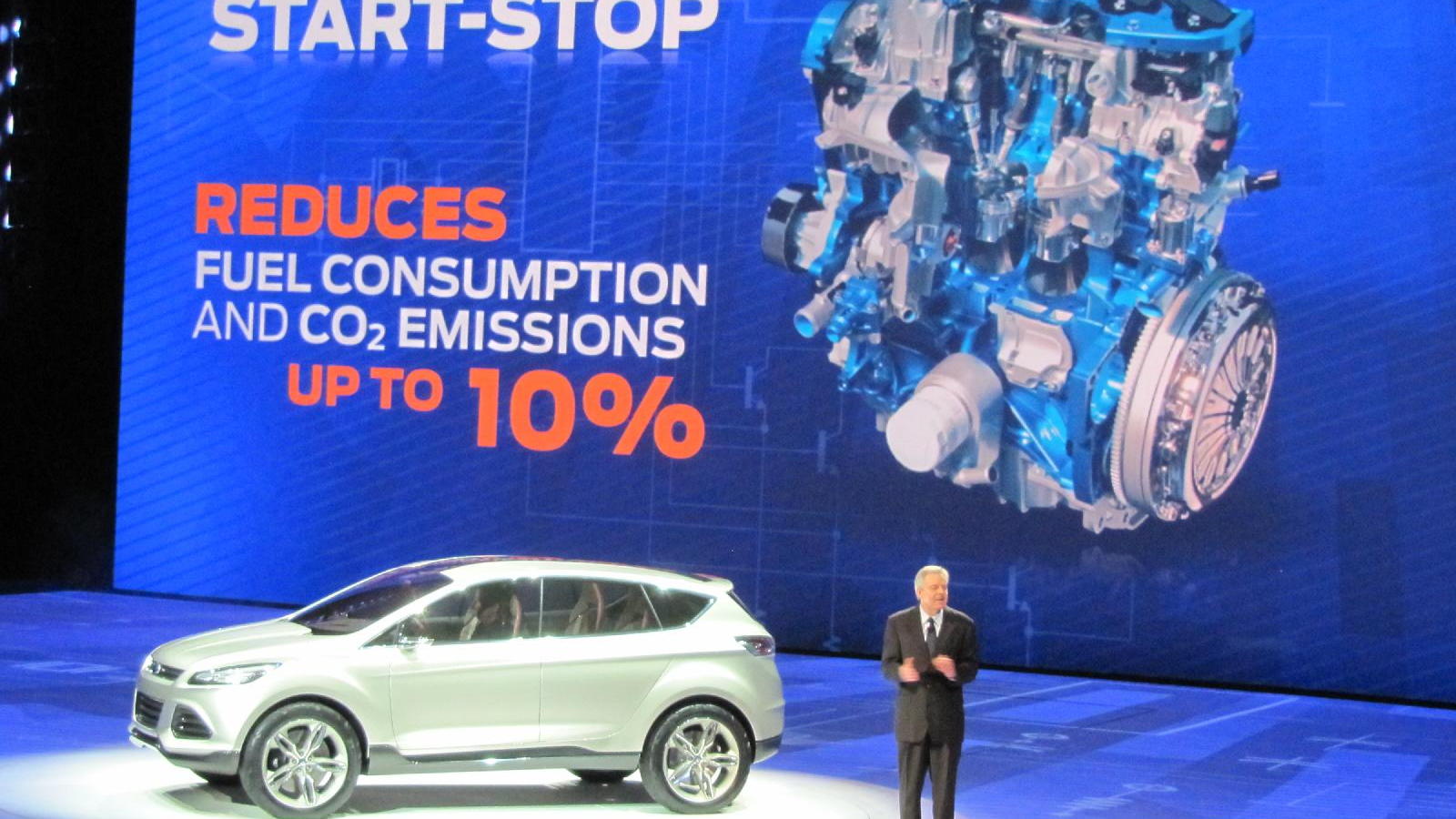 From the moment Ford CEO Alan Mulally drove onstage in a 2012 Ford Focus ST, the first of half a dozen new compact Ford models, it was all about small cars.

There were small fast cars (that Focus ST) and small gasoline cars (the four-door Focus sedan and five-door Focus hatchback). There was the new C-Max seven-seat compact minivan.

There were two new versions of the C-Max, the five-seat hatchback C-Max Hybrid and C-Max Energi plug-in hybrid, Ford's first, which will be offered for sale in North America in 2012 and in Europe the following year.

There was the 2012 Ford Focus Electric that was just announced at CES in Las Vegas (and in New York City simultaneously), along with the Transit Connect Electric small commercial delivery van.

And there was a brand-new concept, the Ford Vertrek, that will replace the Ford Escape crossover in the U.S. and the current Kuga in Europe.

The photo gallery above shows the cars, the talking points, and the executives, including Mulally and executive chairman Bill Ford Jr.