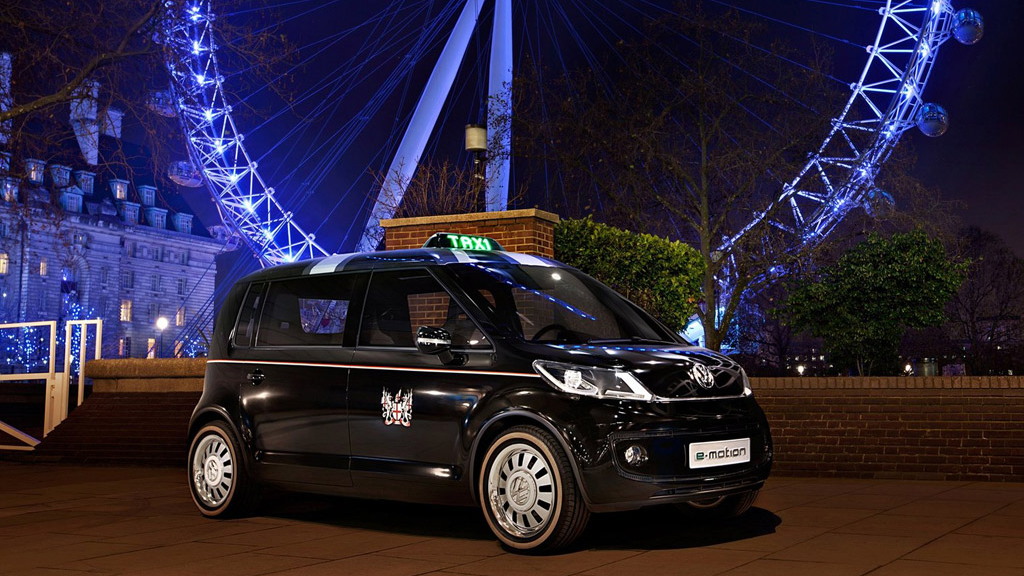 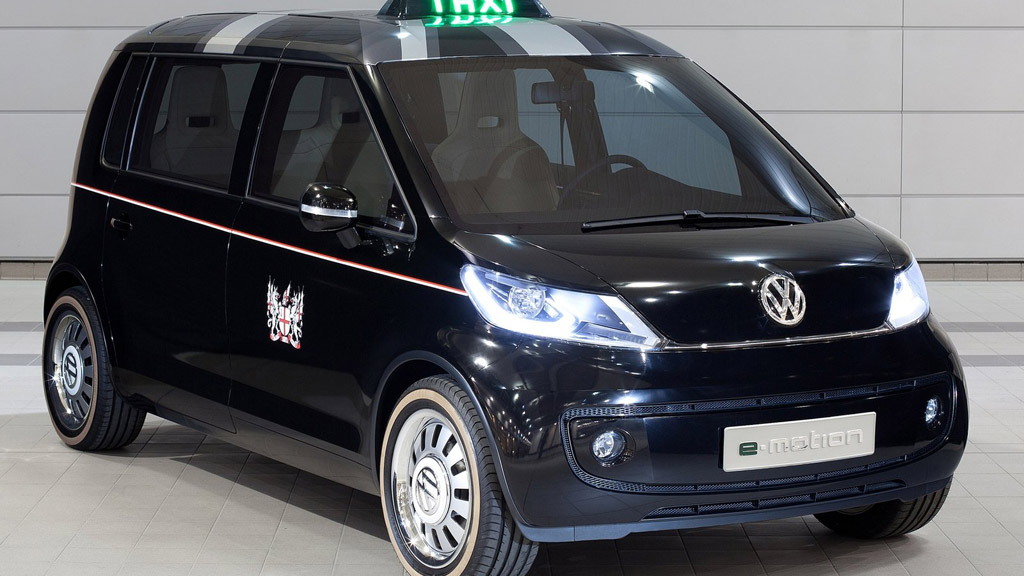 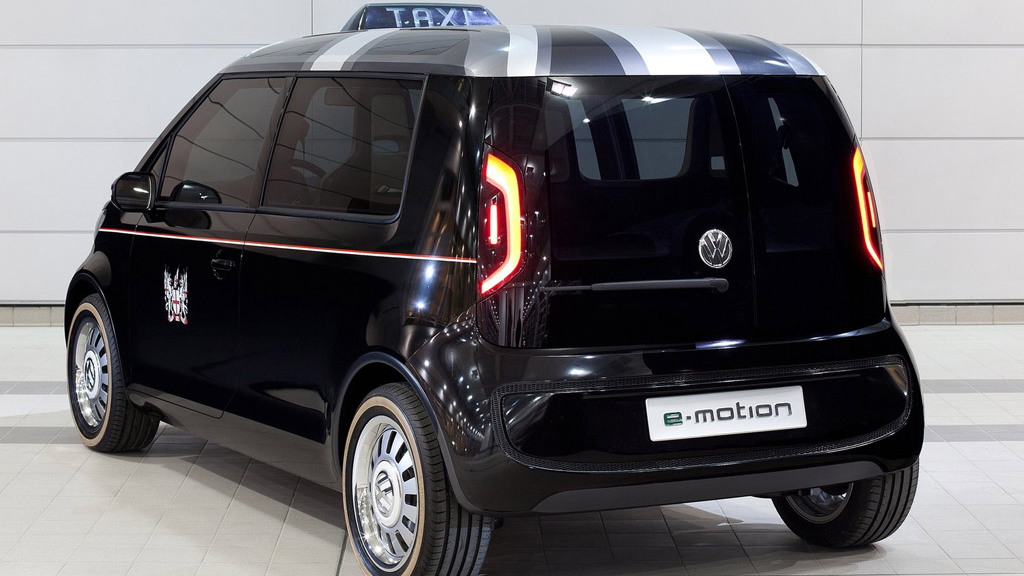 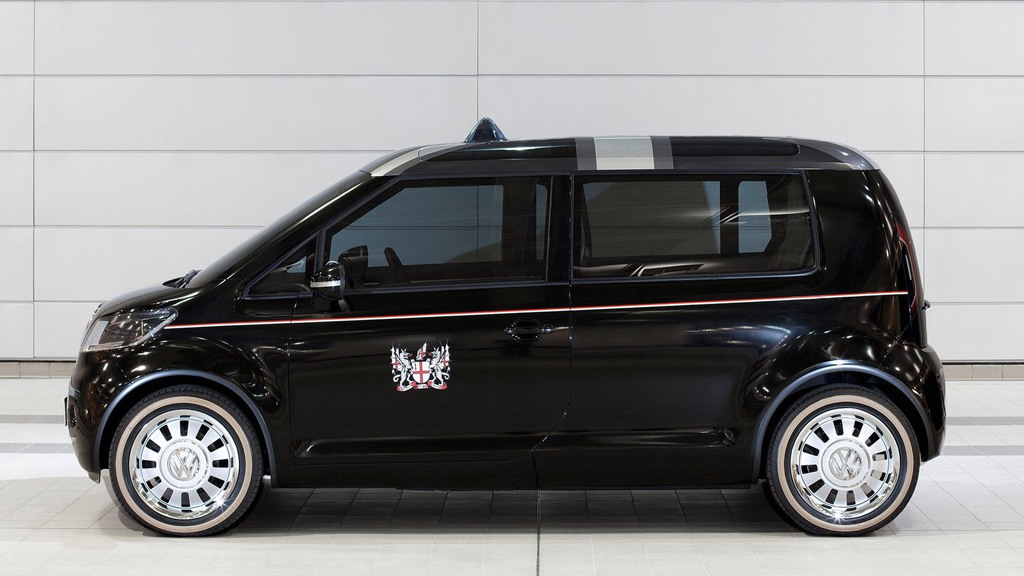 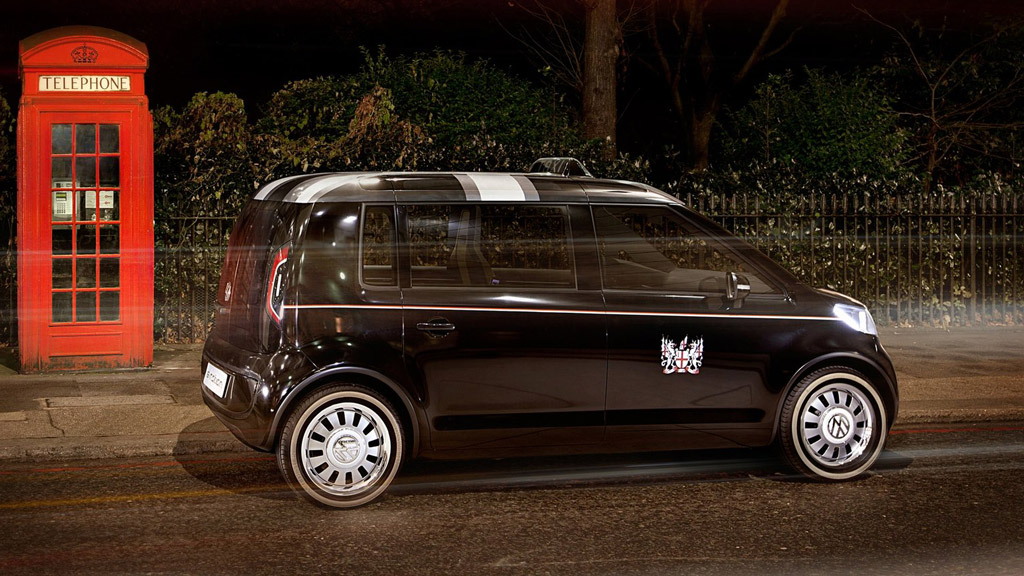 Whilst the 2013 Volkswagen Golf Blue eMotion might be responsible for many of the company's EV headlines, their smaller Up concept is possibly even more intriguing.

The Wolfsburg maker has just revealed the third in a trio of electric taxi concepts. Following Berlin and Milano versions, the latest concept is resplendent in the familiar black colour scheme of London taxi cabs.

According to U.K. magazine Autocar, Volkswagen is "deeply considering" putting its electric taxi concepts into production by 2013 in a pre-emptive move to prepare for likely future legislation forcing drivers in congested urban environments to make the move into low or zero emissions vehicles. Many European cities already operate "congestion charging" schemes, which despite their names are generally aimed at encouraging lower emission vehicles rather than reducing traffic density.

Currently in London, electric vehicles, as well as alternative fuel vehicles and any vehicle producing under 100 grams per kilometer of CO2 are exempt from the congestion charge, which can cost drivers up to £8 ($12.43) per day. As you can imagine, exemption can save drivers a huge amount of money each year.

Some taxis are also currently exempt, though there are moves afoot to encourage greener vehicles than the relatively crude diesel vehicles that currently make up much of the taxi fleet.

The Up-based electric taxi then is a vehicle that could prove popular with taxi fleets, albeit one unlikely to replace the traditional "black cabs" that can seat six passengers - the Up can only seat four. Its compact size could be advantageous for some uses though, and it's sure to be maneuverable - a legal requirement for London black cabs is a turning circle of less than 25 feet.

The Up taxi also offers a range of 180 miles and a charge time of only one hour. The motor itself is a 114 horsepower electric motor, and the largely academic top speed is estimated at 75 mph, only 5 mph shy of the current black cabs, and easily enough for runs out to the airports on London's city limits.

As well as having studied the famous London cabs, which inspired Volkswagen as examples of the most function-specific taxis in the world, the design team also worked with New York cab drivers to understand the real-world requirements of a typical taxi.

We're looking forward to our first journey in the back of an Up taxi, but although Volkswagen hasn't confirmed that they will produce taxi variants just yet, a consumer version should be available from 2013.