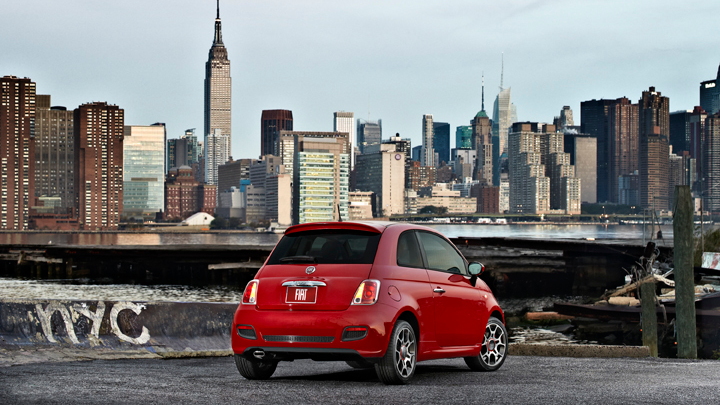 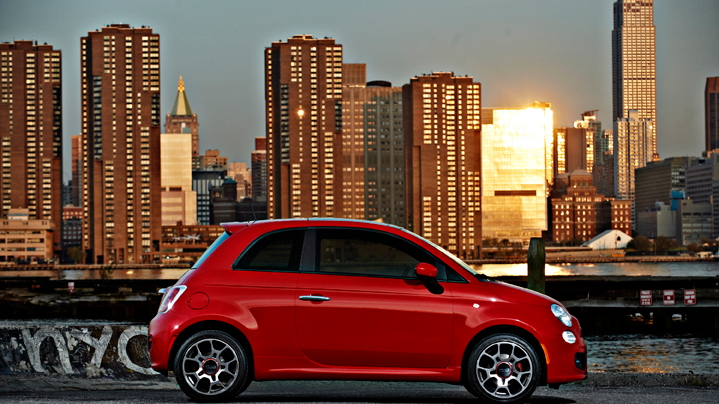 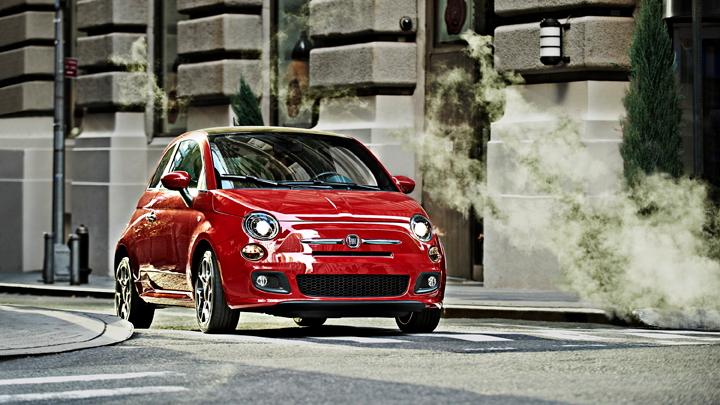 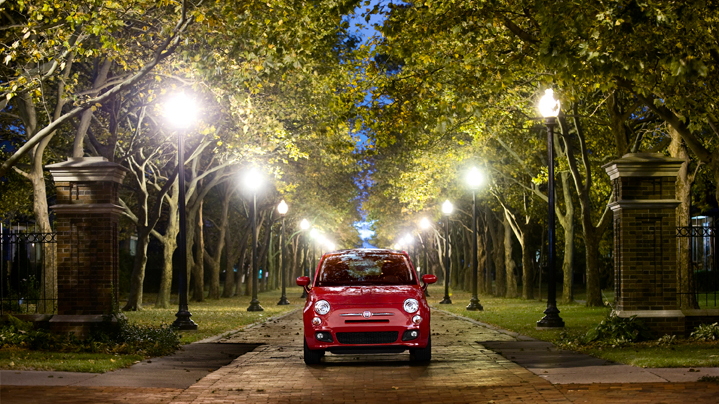 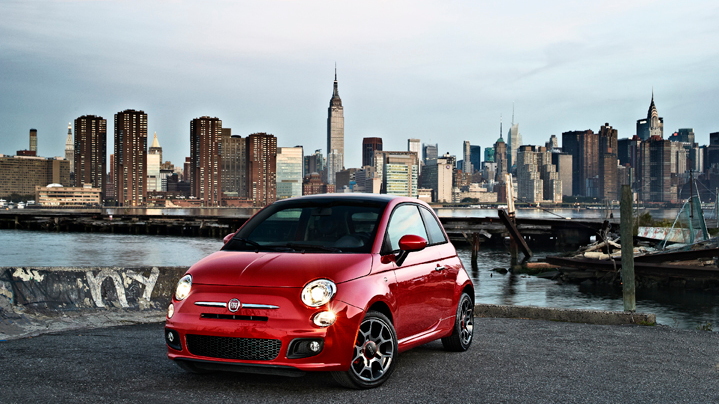 The launch of the 2012 Fiat 500 at the Los Angeles Auto Show wasn't only the first new model from Chrysler's partnership with Italian automaker Fiat.

It also added a new and attractive model to a category of cars that have always been an afterthought in the U.S. market: minicars, those even smaller than subcompacts. In this case, the four-seat 2012 500 is 140 inches long and weighs just 2,350 pounds.

At the introduction, Fiat presented the 500 as a car that drivers and owners will be passionate about, one that buyers will fall in love with. Advertisements will carry the tagline, "Life is best when driven."

Many modifications for the U.S.

But beyond the passion, says the company, are thoroughly rational reasons: downsizing, practicality, and economics.

While the Fiat 500 sold in the States appears identical to its European sibling, Fiat has made a number of changes under the skin. Among them are beefed-up heating and air-conditioning systems for North America's climatic extremes, a suspension modified for U.S. roads, and a larger 10.5-gallon gas tank for greater range.

All U.S. cars will be fitted with a 101-horsepower, 1.4-liter four-cylinder engine, which is the largest size available in Europe. (There, you can even get a Fiat 500 with a 0.9-liter two-cylinder twin--an engine highly unlikely to appear in North America.)

Two transmissions are available: a five-speed manual with new ratios for the U.S., giving a more European driving experience, or an all-new six-speed automatic (not yet offered in Europe) that may prove closer to the tastes of U.S. buyers. The automatic includes a Sport Shift mode that lets the driver change gears manually if desired.

In addition to frame strengthening that allows the small Fiat to pass U.S. crash tests, the 2012 500 will have seven airbags as standard equipment. Electronic stability control is fitted as standard, along with anti-lock brakes.

Developed with Microsoft, Fiat's "Blue & Me" system hands-free communications system (an earlier version of the technology Ford launched as its Sync system) lets drivers use voice commands to operate a Bluetooth-linked mobile phone, control the vehicle's entertainment system, and play MP3 songs through the sound system.

An available TomTom portable navigation system that docks onto the top of the instrument panel can be removed from the car when not in use. A Bose premium audio system includes six speakers and a subwoofer, and Sirius Satellite Radio is available too.

Blue & Me also lets drivers download vehicle operations data to a USB memory device, and transfer it to a personal computer. Special software then analyzes the driver's style, recommends how to drive more economically, and displays the car's fuel consumption and emissions of the greenhouse gas carbon dioxide (CO2).

In Europe, drivers compete to reduce CO2 over specific journeys or time periods. Whether U.S. drivers will follow suit is open to question. The EPA has not yet issued fuel economy ratings for the 2012 Fiat 500.

In the States, the Pop is the base model, which comes standard with power windows and door locks, air conditioning, cruise control, a basic stereo system, and 15-inch steel wheels with hubcaps.

Finally, the 500 Sport comes with 16-inch cast aluminum wheels, sportier tuning for the springs and shock absorbers, a more distinctive exhaust note, and both unique front and rear styling and body-side cladding.

No fewer than 14 combinations of interior colors are offered, including the unusual option of interior surfaces in the same color as the exterior of the car.

The three basic 500 variations shown in Los Angeles are just the first of a lineup that includes many more models to come. Those include an Abarth performance version, a 500C Cabriolet with a cloth roof that rolls back, a larger four-door model developed exclusively for the North American market, and even an all-electric version.

To reassure customers nervous about buying a car from an unknown brand (or one that may still carry hazy memories of unreliability), Fiat offers not only a four-year/50,000-mile warranty, but also roadside assistance during that period and three years or 36,000 miles of complimentary vehicle maintenance.

For the models now available, interested shoppers can configure their Fiat 500 online at the company's new U.S. website. The cars themselves will arrive at the first of 135 newly chosen Fiat dealers (adjacent to Dodge-Chrysler-Jeep-Ram dealerships) next month.