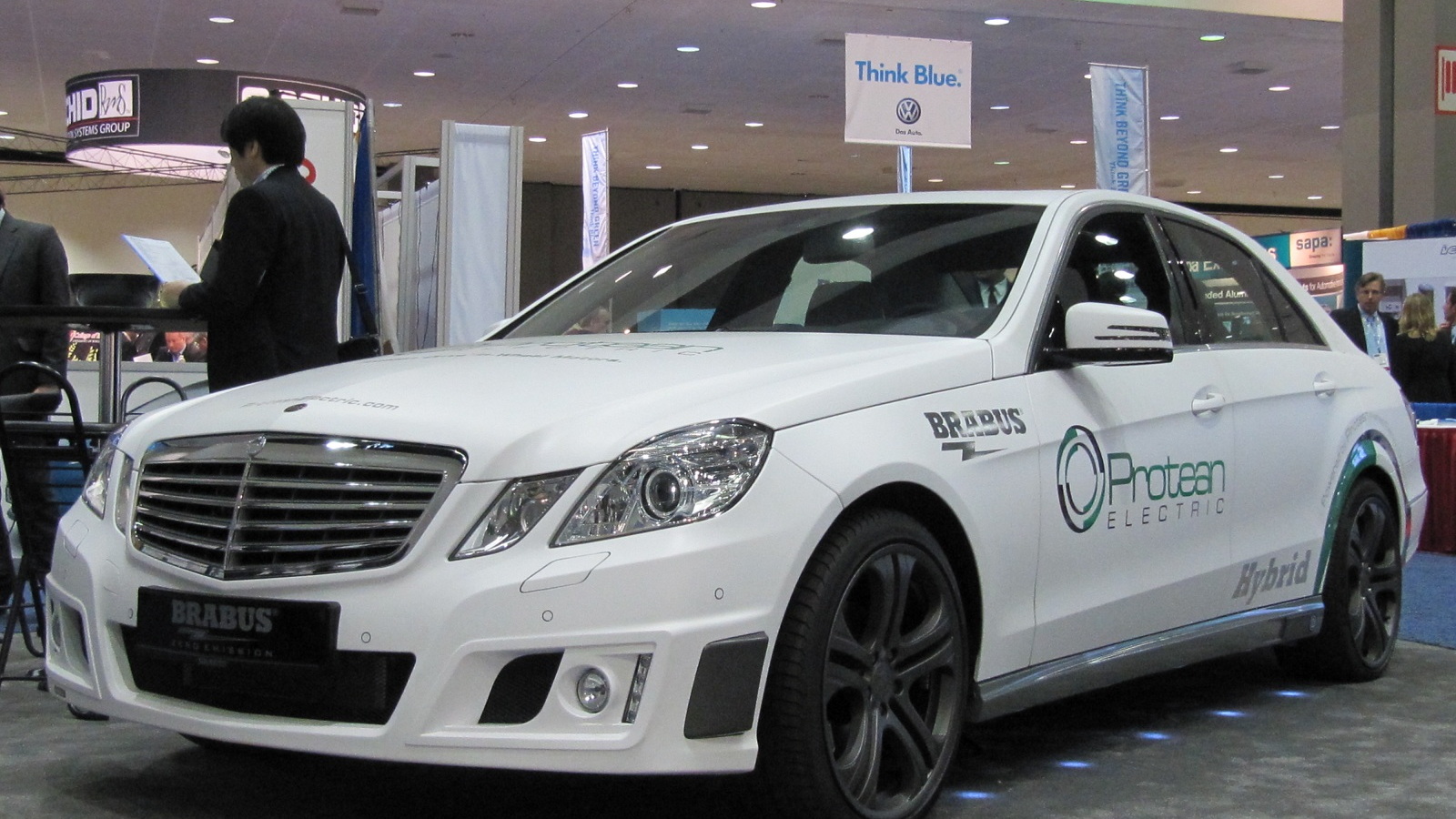 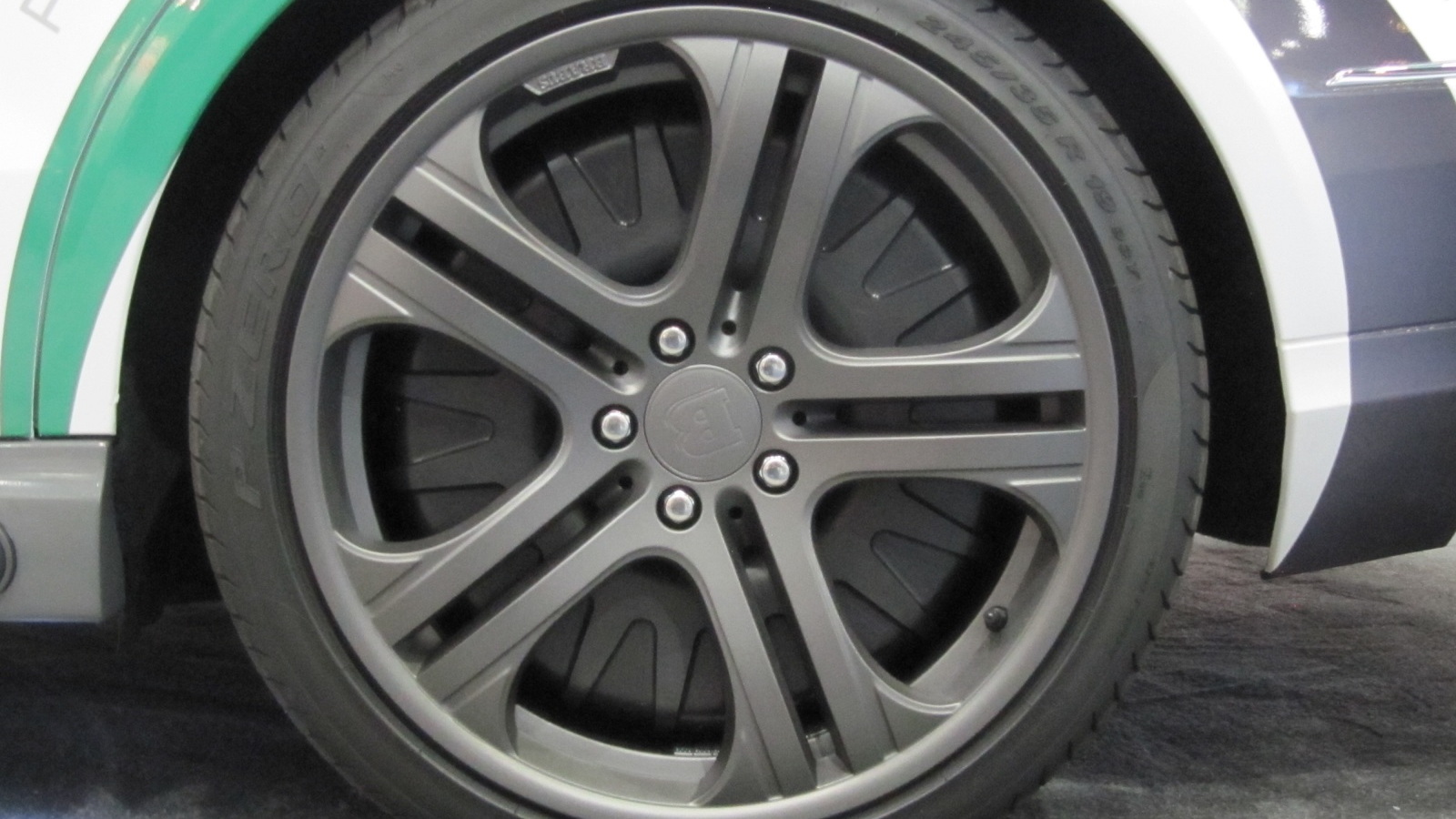 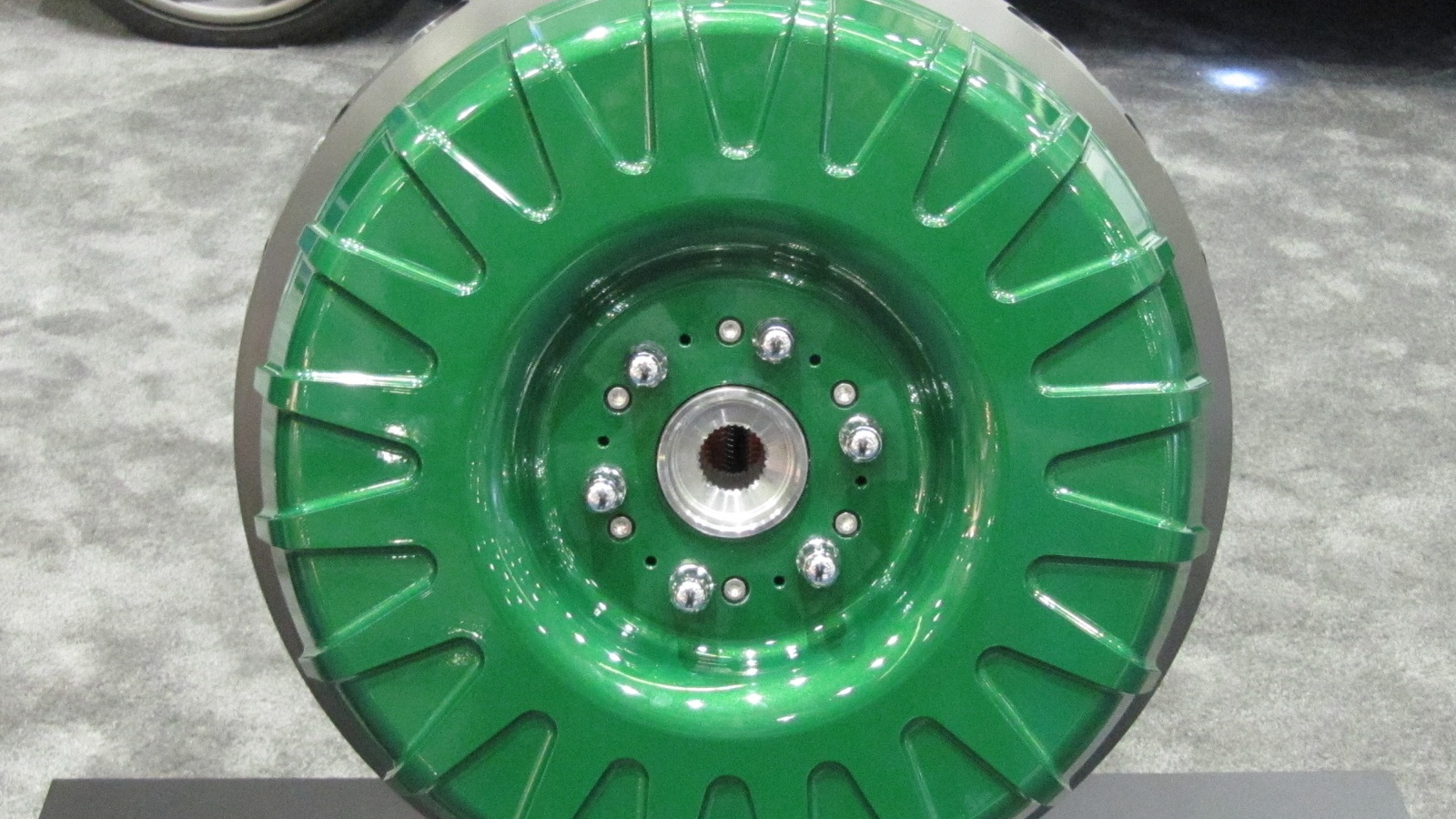 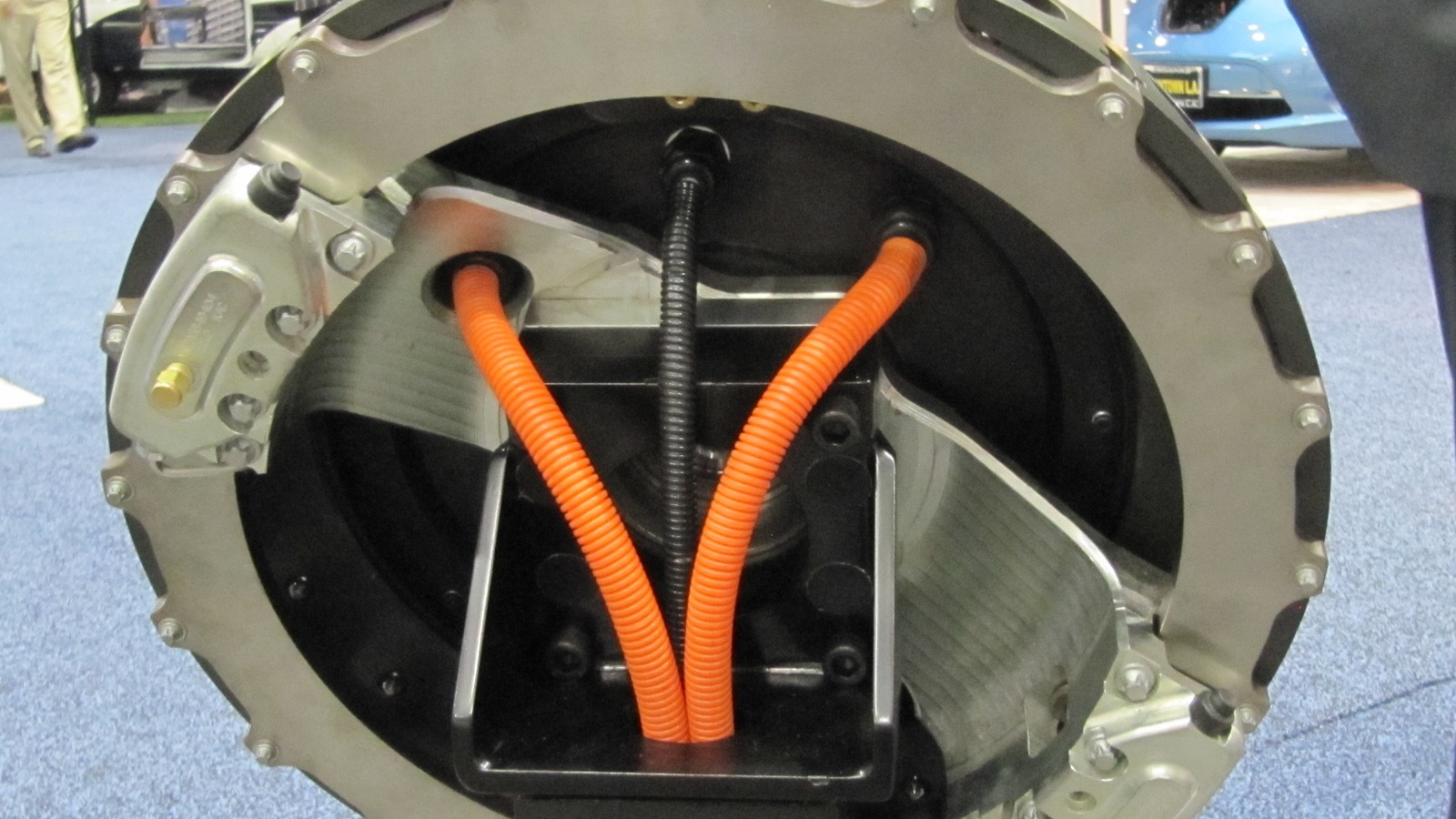 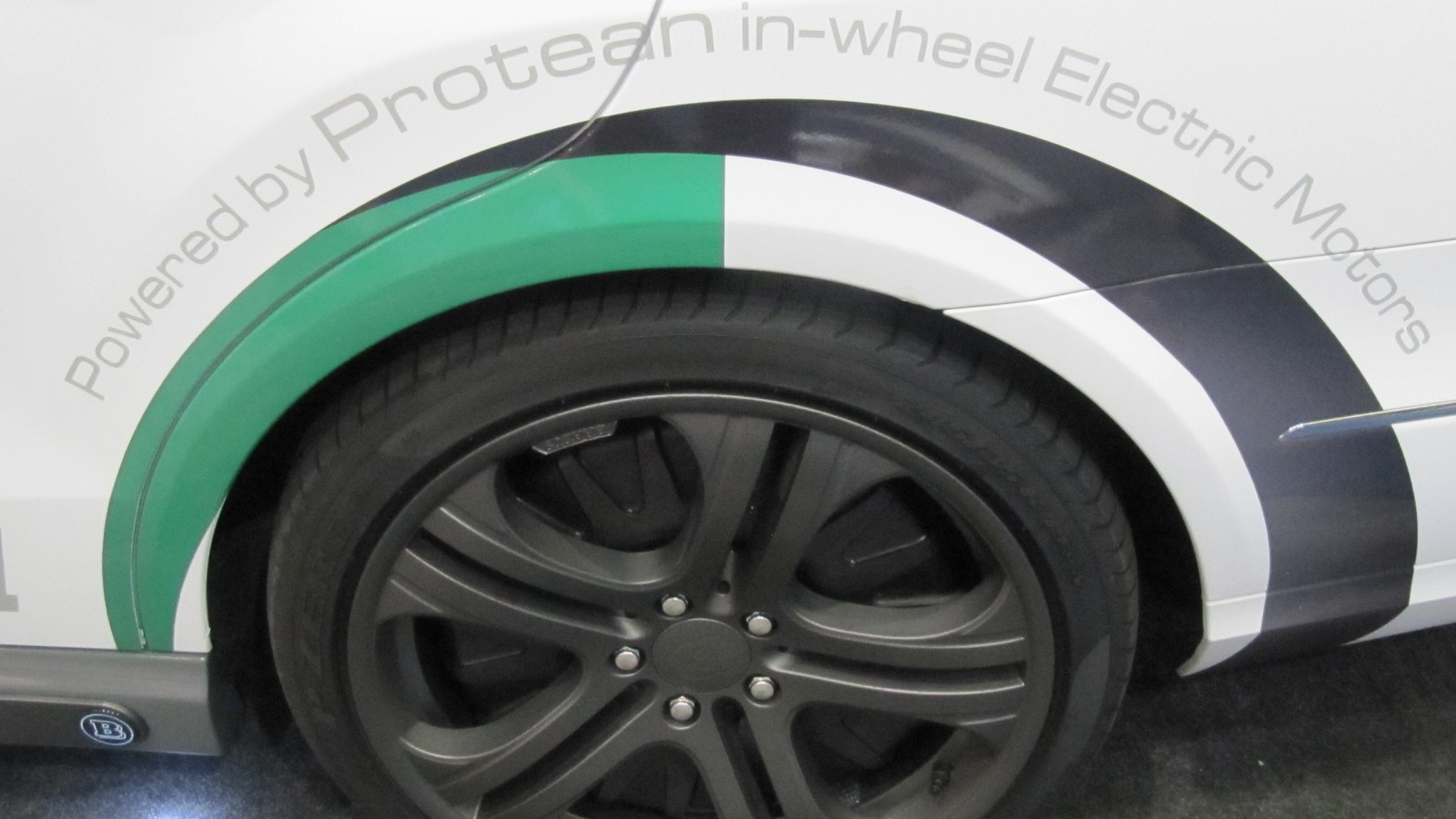 Starting a company to build electric cars is tough, as Tesla, Fisker, and others have found out.

Building electric motors is tough, too. It's tougher yet if you intend to turn the traditional design inside out, and build big, powerful, slim wheel motors to be used in large sedans, full-size pickup trucks, and other heavy vehicles.

But Protean Electric is doing just that, and today the company announced it has received $84 million in venture funding from GSR Ventures and the New Times Group, a Chinese industrial conglomerate.

This makes them particularly well adapted to both heavy load-carrying vehicles and high-performance cars, those weighing 4,000 to 7,500 pounds.

Those vehicles will be the hardest ones to make efficient enough to meet upcoming fuel-economy standards, and Protean sees a big market opening there.

Its motor is designed to fit inside wheels of 18 to 24 inches in diameter, and is said to allow up to 85 percent of the kinetic energy to be recaptured under regenerative braking.

It also integrates a traditional friction disk brake as well.

Depending on the size of the battery pack, Protean says its motors can increase fuel efficiency up to 30 percent when an electric powertrain is added to a conventionally-driven vehicle.

Multiple small motors, inside out

But Protean's "secret sauce" is to turn the electric motor inside out and partition it into a series of sub-motors, arranged in a circle, each with its own power electronics.

The stator is on the inside, mounted to the vehicle's suspension and the rear face of the wheel hub, along with the coils, power electronics, and heat sinks.

Individually wound copper coils are mounted to the heat sink on the stator, each one with its own micro inverter.

The rotor is on the outside, fastened to the wheel and the wheel bearing, resembling nothing so much as an old-fashioned brake drum (albeit depicted in bright green in the diagrams and on some prototypes).

Road shocks are carried through the wheel into the wheel hub and absorbed by the suspension, rather than by the wheel motor.

But the F-150 was running solely on plug-in power, and we got a few loops around the same drive course where we'd previously driven "Amp'd Equinox" electric crossover conversion from AMP Electric Vehicles.

The big truck was relatively smooth, for a prototype development vehicle, and somehow the smooth silence of electric drive is eerier when you're in a gigantic pickup truck usually powered by a large V-8 engine that struggles to reach 18 or 20 mpg.

Then, at this spring's EVS-26 electric vehicle symposium, we ran into Protean again.

This time, they had a sportier vehicle: a Brabus Mercedes-Benz E-Class that had been turned into a plug-in hybrid with the addition of a battery pack and a pair of Protean motors, one in each rear wheel.

Like the Ford F-150, the Brabus Hybrid E-Class showed that a Protean motor would fit into an existing wheelwell, allowing electric drive to be added without changing the drivetrain to accommodate a single electric motor to power a pair of wheels via drive shafts.

The Brabus Hybrid is powered by a 2.2-liter turbodiesel engine, supplemented by the peak 220 hp output and 1,180 lb-ft of peak torque from the pair of wheel motors, powered by an 18-kWh lithium-ion battery pack in the trunk.

The result, according to Protean and Brabus, is a 0-to-62-mph time of 7.4 seconds and, even better, acceleration from 37 to 75 mph in less than 6 seconds.

It's the suspension, stupid

In-wheel motors solve a lot of packaging problems for automakers, especially in the kind of plug-in hybrid retrofits to existing vehicles that Protean has demonstrated.

But they create some other problems, chief among them what's called "unsprung weight," or the much greater mass the vehicle's suspension must accommodate.

The greater the unsprung mass, the more noise and vibration from road surfaces and potholes has to be handled by the suspension, requiring heavier components and increased attention to suppressing noise, vibration, and harshness.

It appears to indicate that some of the effects simply come in different parts of the frequency cycle than generally thought, and that some of the problems are solvable by careful suspension tuning.

Much more study of the suspension implications will clearly be needed.

But, say experts, development of a truly innovative wheel motor could be as important a breakthrough for electric cars as new chemistries and lower-cost cells for lithium-ion batteries.

With the kind of floorpan battery packs used in dedicated battery electric cars like the Nissan Leaf and Tesla Model S, powerful and cost-effective wheel motors would allow virtually all the car's interior volume to be used for passengers and their goods.

Only the power electronics and various cooling systems would have to be accommodated inside the vehicle envelope.

In the near term, Protean is focusing on its plug-in hybrid applications, especially those that can easily be added within existing vehicle designs.

In Europe, the company has shown its in-wheel motors added to the rear axle of a diesel Vauxhall Vivaro European front-wheel drive delivery van.

With the addition of a 21-kWh lithium-ion battery pack, the Protean motors powered the electrified Vivaro up to 55 miles on electricity. In mixed usage, Protean said fuel efficiency rose a factor of three.

As well as the new $84 million of funding, additional funds and incentives will come from the city of Liyang, China, where the company will build its innovative motors.

"With this round of investment in place," said Bob Purcell, chairman and CEO of Protean Holdings, "Protean Electric is now positioned to move aggressively to production and into the market."

The vision, Purcell says, is to make Protean "the world leader for in-wheel electric drive," with the ability to supply motors directly in low volumes and licensing its technology to partners for manufacturing at higher volumes.

Production of Protean motors in China is expected to start early next year, with volume manufacturing targeted for 2014.

Purcell, it should be noted, is no stranger to electric cars, having worked on the seminal GM EV1 program in the 1990s.

Protean's antecedents in the U.K. actually date back to 1963, via several corporate consolidations and spinouts. Oak Investment acquired majority control of the company in 2009.