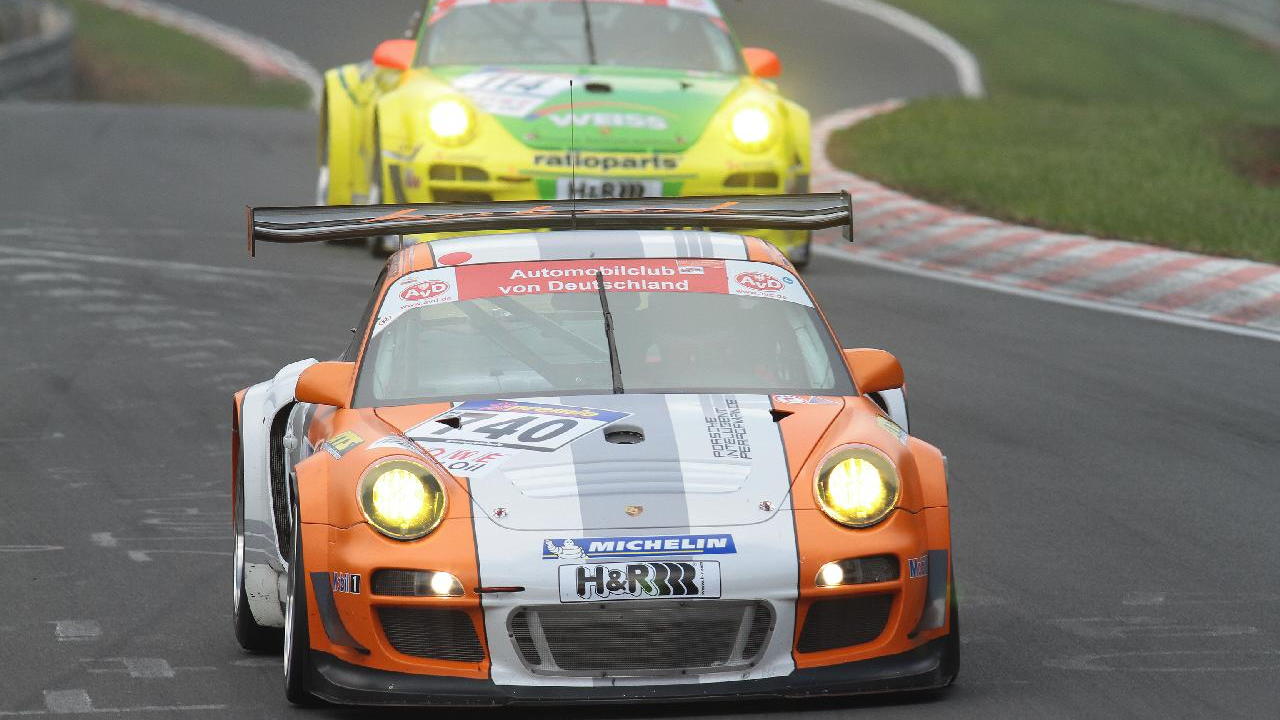 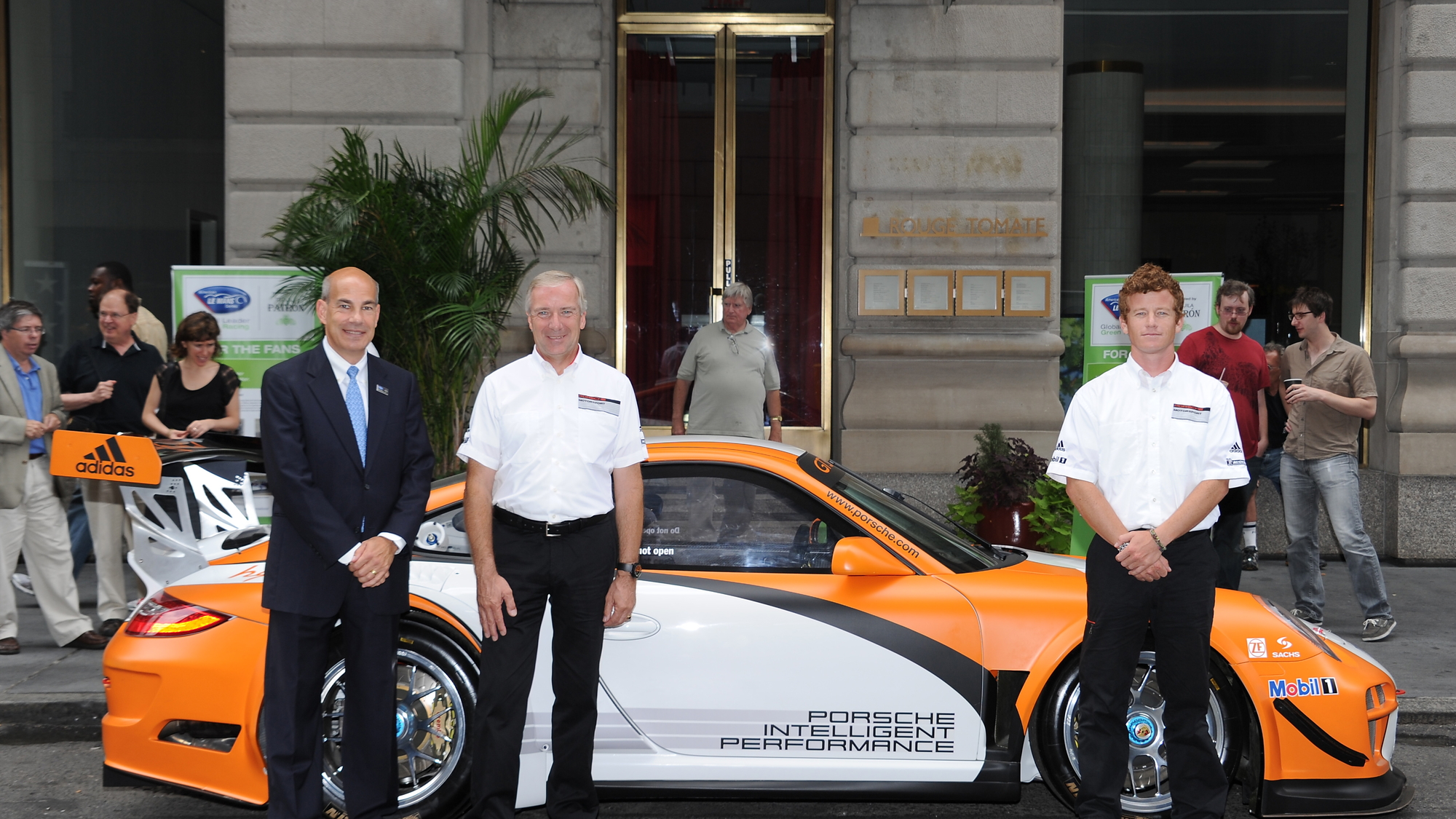 Road Atlanta -- Two days before the Porsche 911 GT3 R Hybrid competes for the first time on U.S. soil, the head of its development team said the company plans further development of the technology.

Dr. Daniel Armbruster, whose official title is manager of the motorsports development process for the car, admitted that Porsche had done little mechanical integration on the different components of the Formula 1-inspired Kinetic Energy Recovery System (KERS).

His comments came during a panel discussion on the future of transportation technology, staged before the final event of this year's American Le Mans Series season: tomorrow's Petit Le Mans 10-Hour race.

The cooling system for the flywheel system located in the passenger compartment, for intance, uses oil as the fluid and has its own radiator.

The pair of 60-kilowatt electric motors that power the front wheels shed their heat into conventional water-based coolant, with a separate plumbing and radiator.

The weight penalty imposed by the addition of the hybrid system is 285 pounds (130 kg), with the flywheel representing just over 100 pounds (47 kg) and what Porsche calls the "portal axle" assembly up front another 150 (68 kg).

Asked what was next for the 911 GT3 R Hybrid program, Armbruster said that integrating the mechanical components (and cooling systems) would make sense.

The goal would be to get the hybrid GT3 down to the weight of the standard GT3, to make it possible to compare the two cars' fuel consumption and performance directly.

And, Armbruster added, "we will build a new car shortly with a new system" that will "get rid of the added weight."

All about the software

But, he said, "the main issue is software development." The team has only incorporated "30 to 40 percent of the functions" it would like.

Software, Armbruster said, will be "much more" the team's focus for development than the mechanical components.

Software is the big deal

And indeed, the complexity of control software and integration for any hybrid system outweighs the time and hours spent on mechanical development.

For the General Motors Two-Mode Hybrid system for full-size sport utilities and trucks, in fact, 70 percent of the total project hours were devoted to software development and integration, according to chief project engineer Tim Crewe.