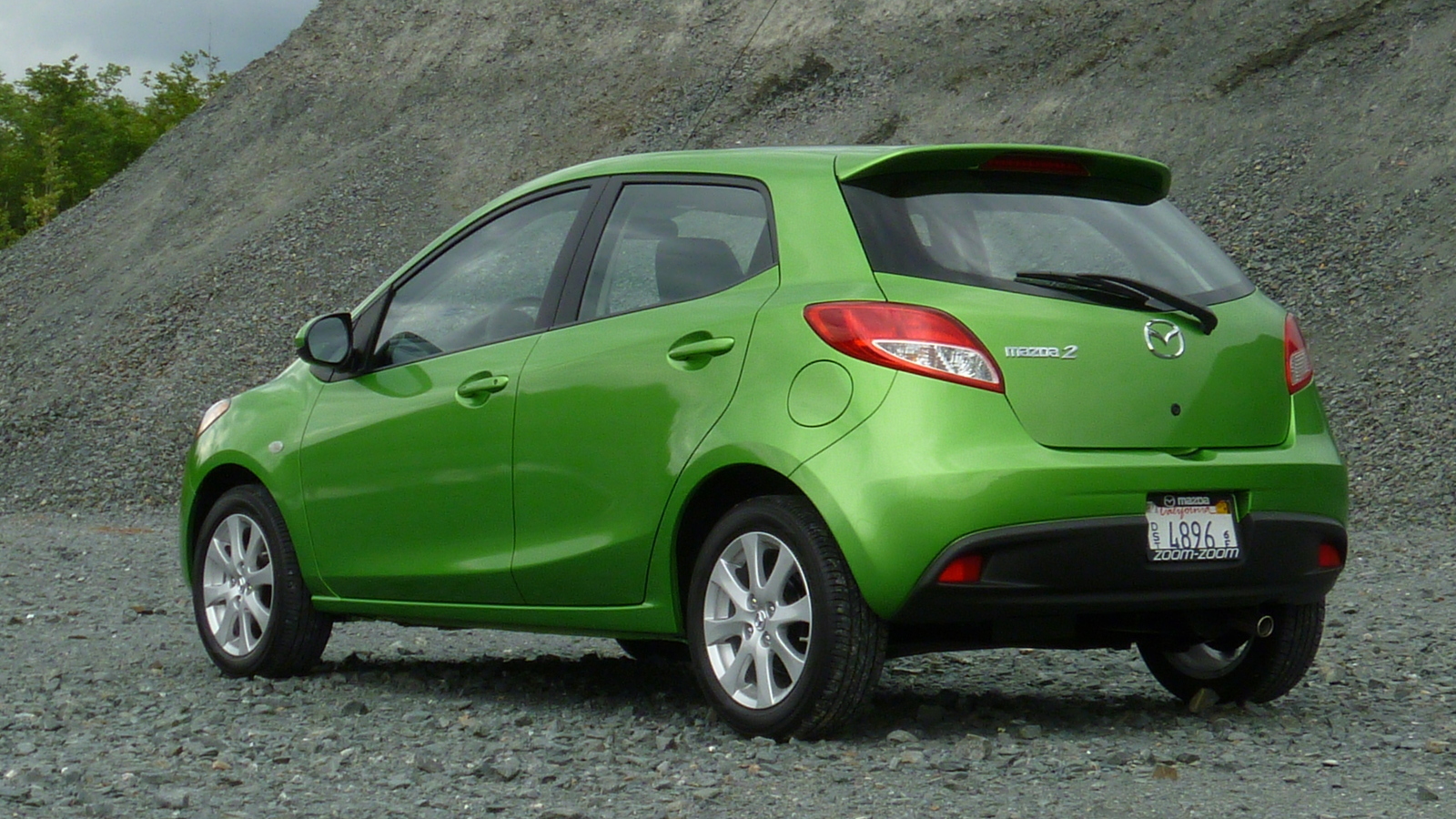 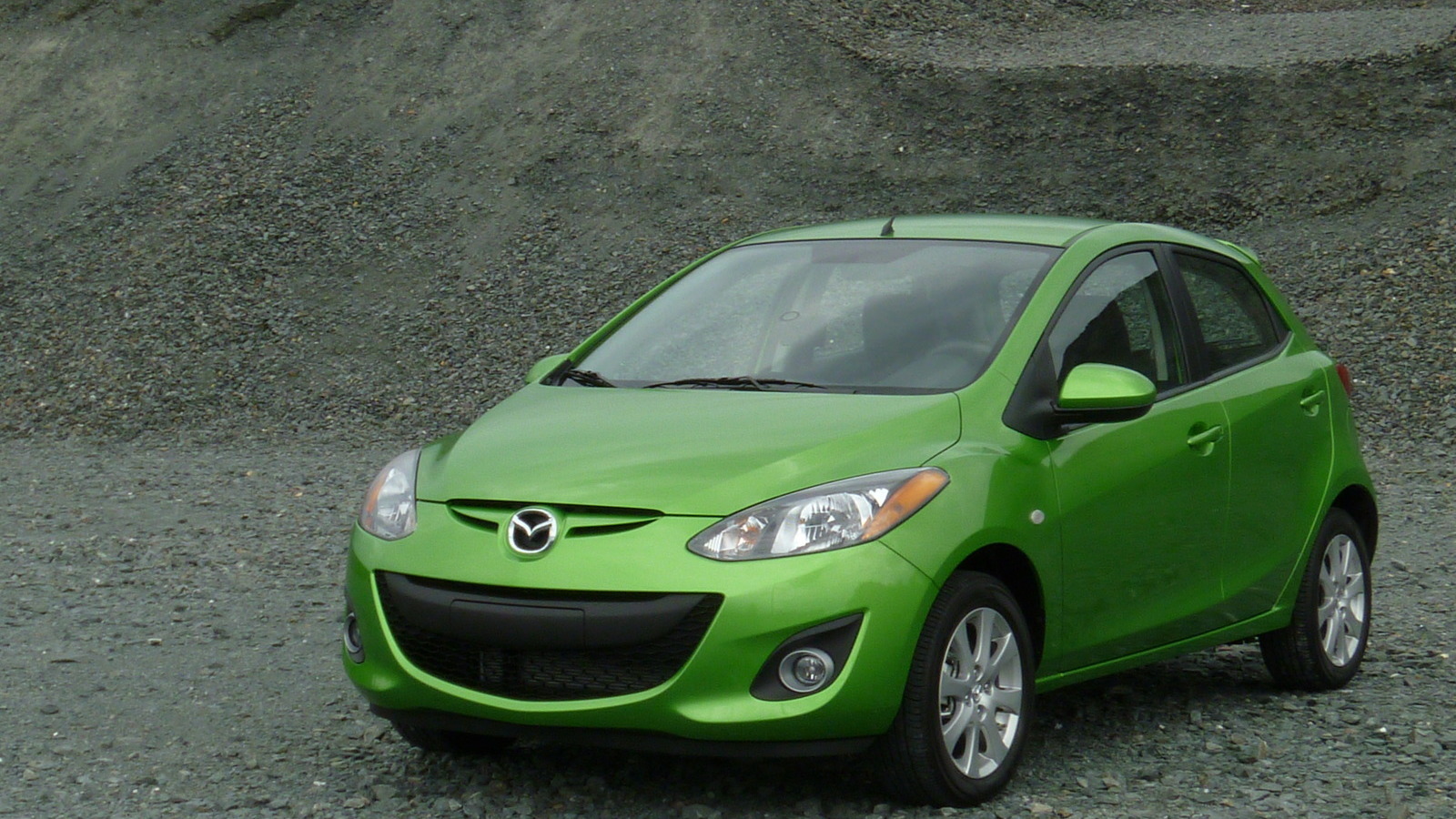 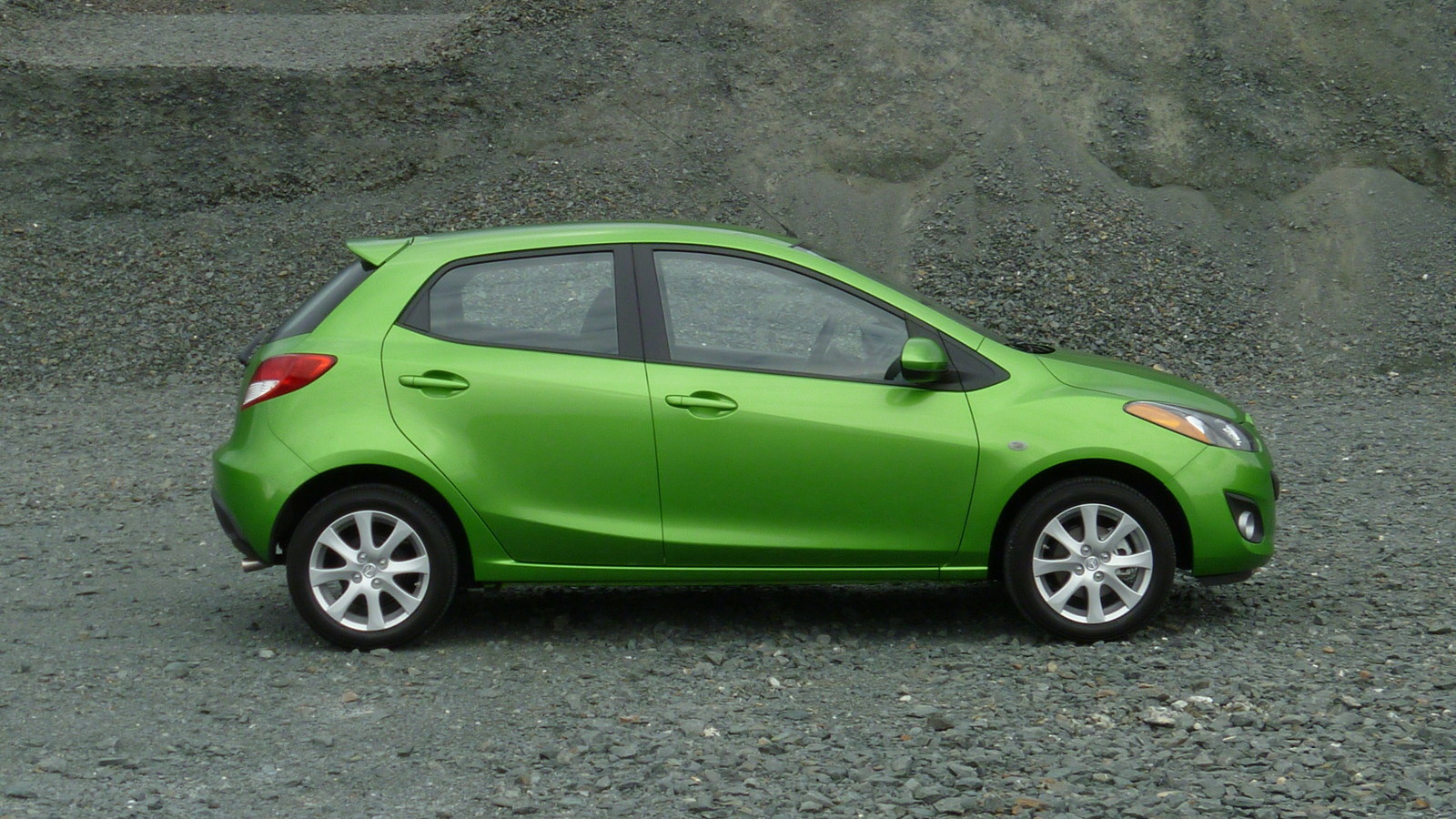 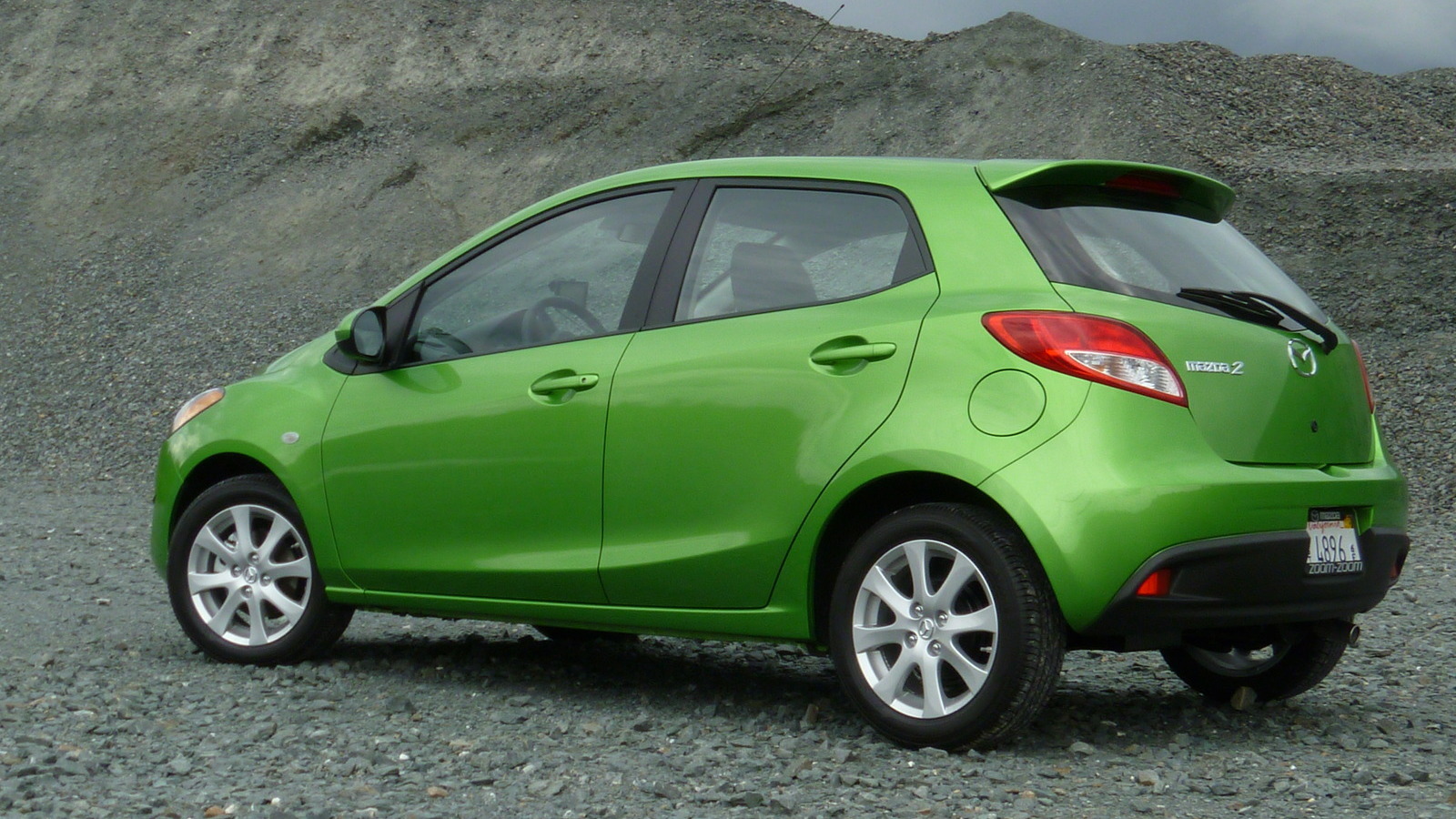 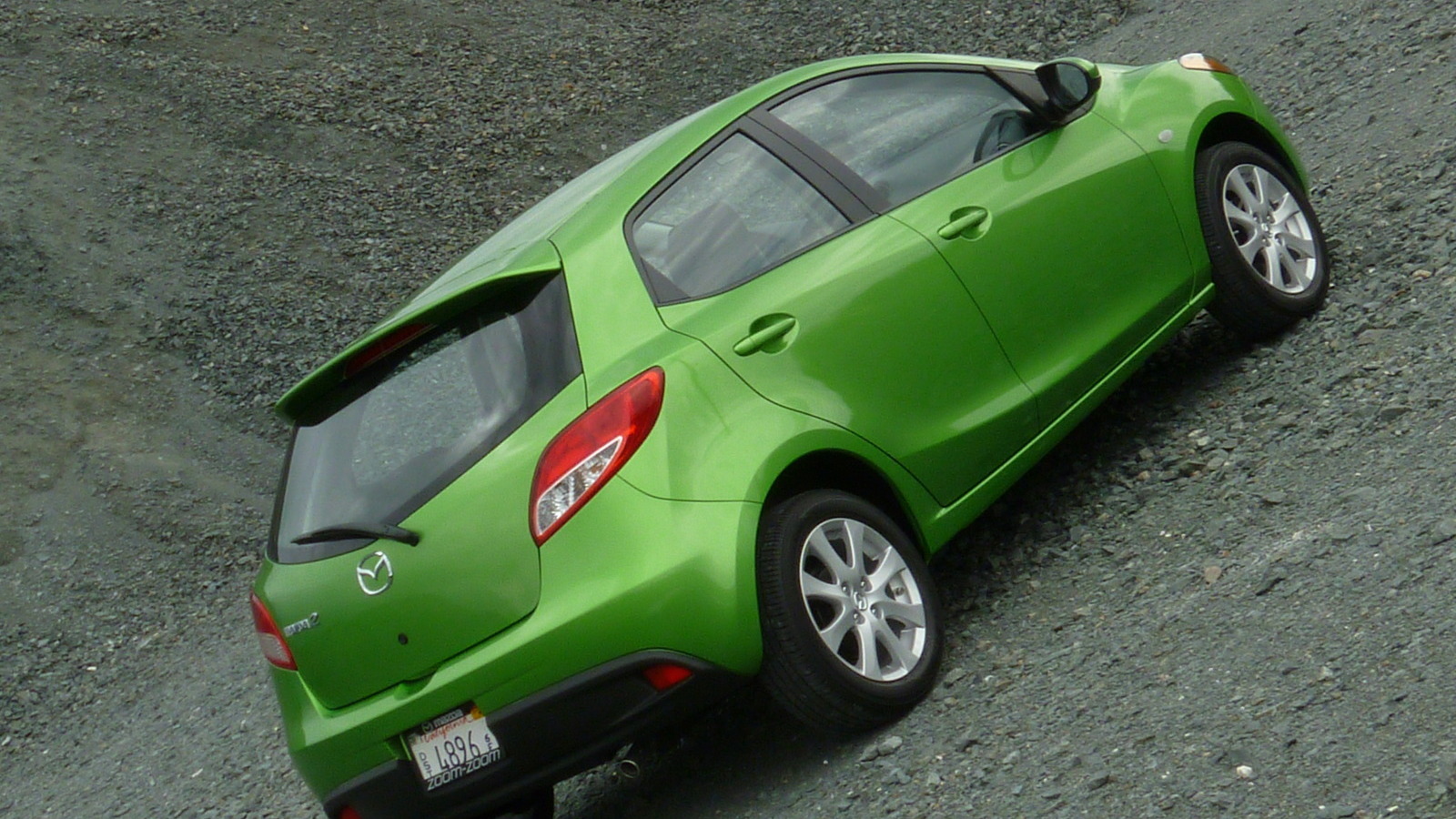 It's always important for writers to check their cultural biases when analyzing the auto market. Or at least admit them up front.

So we appreciate our colleague Scott Burgess being honest about his point of view: He doesn't like subcompacts. Nope. Doesn't have any time for 'em.

In his review of the 2011 Mazda Mazda2 five-door subcompact hatchback, he admits his animus and then lets it permeate his choice of words.

Well, so much for the Mazda2, the Honda Fit, the Toyota Yaris, the 2011 Ford Fiesta, or any of the other subcompacts now being offered to U.S. buyers.

Though you might have figured out his dislike from the article's title: "Mazda2 fares well in gnat race, but it's still a subcompact."

Just in case you're not clear, he notes, "... being the best subcompact is like being named the best tofu dish."

We think that means that, because tofu is only eaten by skinny effete coastal Librulls--not like the bacon double cheddar-burgers that "real Americans" eat--that even if the Mazda2 were the greatest subcompact going, no one would care.

But what about the buyers?

Which brings us to the point, which isn't about critiquing our colleague: Will U.S. buyers actually buy subcompact cars in noticeable numbers?

Ford believes that small vehicles would be a majority of U.S. sales by 2013. It just issued early sales data showing that its 2011 Ford Fiesta sells for higher prices than the next size up, its aging 2010 Ford Focus compact sedan.

That data also showed that the earliest Fiesta sales are heavily skewed toward the five-door hatchback model, despite it being the pricier of the two Fiestas, starting at $1,800 more than the 2011 Ford Fiesta four-door sedan at $13,995.

Those early buyers are also demolishing the myth that small cars are cheap. They're ordering high-line models: 80 percent opted for the Sync entertainment and communications system.

The key is that Ford is actually offering a subcompact that (a) is fun to drive; (b) has cutting-edge styling; (c) offers the kind of options you find on much larger cars; and (d) doesn't have to sell purely on price.

So to answer the question, early data seems to show that if subcompacts offer all the amenities found in larger cars--and mostly they haven't until now--they will find at least some buyers.

How many buyers there will be remains a question we can't answer yet. Will the 2011 Mazda2 and 2011 Fiesta expand the overall compact market, or just take sales from other entries? Talk to us once a year's sales data exists.

U.S. car buyers: fatter than the rest of the world

We don't think Burgess is too far off the mark in his comments and critiques of the Mazda2, by the way. In his first drive of the 2011 Mazda Mazda2, our High Gear Media colleague Nelson Ireson of Motor Authority loved the handling but called it cramped inside.

In our travels, we see increasing numbers of subcompacts in urban centers, but not so many in the spread-out suburbs surrounding them. And let's be real: Subcompacts aren't likely to replace midsize sedans even if gasoline goes back to $4 a gallon.

Among other things, many U.S. car buyers--Burgess, by his own admission, among them--are simply too large to fit. Statistically, we're taller and heavier than Asians, and heavier than Europeans. And that will take a lot longer to change than car-buying behavior.