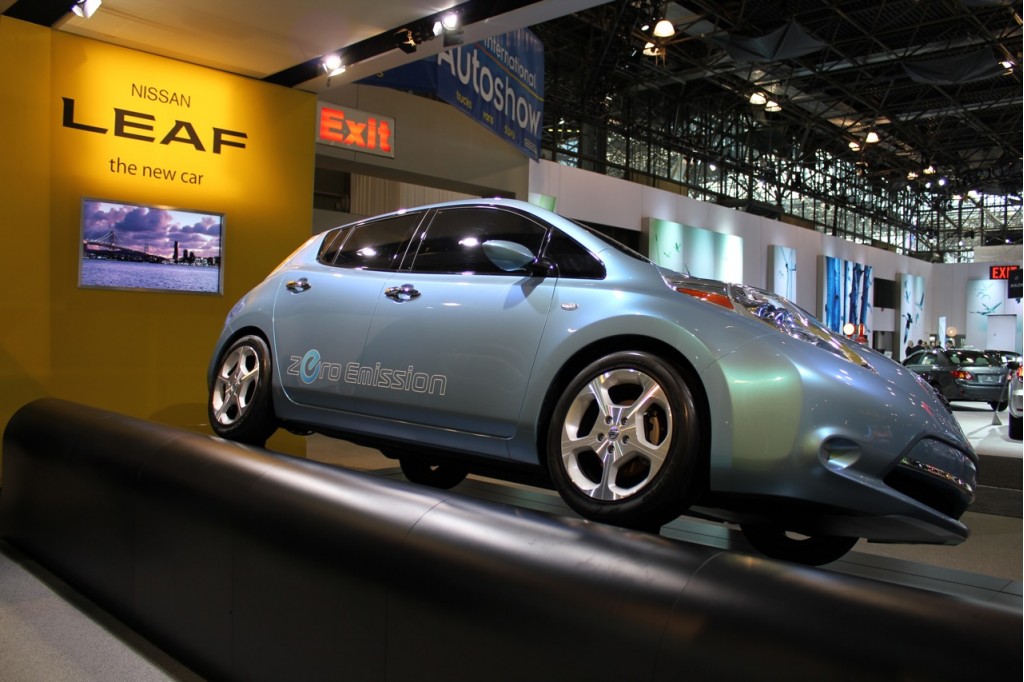 Now that the world knows the price of the 2011 Chevrolet Volt and of the 2011 Nissan Leaf...let the PR games begin.

To the educated consumer, the difference between a Volt and a Leaf may be slight. Though the Volt uses a range-extending gasoline engine, it's an electric car--since its wheels are turned entirely by the force generated by electric motors.

The Nissan Leaf, on the other hand, is a pure electric vehicle, completely independent in daily use from petroleum. And that's a key advantage in marketing the Leaf to the right set of early adopters looking for their next oil-free move.

Perry says there are reasons for other companies to go with more conventional solutions. "You can do range-extended, plug-in, et cetera--everybody else is doing some kind of bridge technology. And there are good reasons they're doing those bridge technologies."

Nissan is going completely electric, in contrast, because of the payoff of years of research and development, and the sense that it can scale up rapidly and get a tactical advantage as even the bridge technologies give way to pure electric vehicles.

Following in Nissan's footsteps, more pure EVs are on the way from other mass-market car companies.

"Everybody's announcing some kind of program, even the naysayers," Perry says.

Nissan will have the advantage of being the first mass-market electric car in history. But will even the hand-raisers be convinced that backing away from oil, and plugging into the grid, is the right move, right now?

While the Volt will rely on its backup gasoline engine for psychological comfort, the Leaf will look beyond that aversion to change. Nissan hopes it can leverage hands-on experience and word of mouth to get curious tire-kickers past the possible marketing hurdle of the Leaf's 100-mile usable range, beyond the new driving habits they'll have to learn.

"The moment people start to talk about them...when they find out its as easy to drive as a normal vehicle, it's easy to charge--5 seconds, you plug in as you go in from the garage at night...when they look at own personal situation...then they do the math, there's no payback period with this car."

Nissan is confident that the Leaf delivers a "real-car" experience that will sway buyers who might also look at the Chevy Volt and the Toyota Prius as green-car alternatives. "I don't know what people expect, but they always come out of the car and say one of three things," Perry says. "'Gee it accelerates fast. Wow, it's quiet.  And it's a real car."

Perry's confident that the seamless integration of the Leaf's technology--and a little education on daily charging and personal vehicle use--will help give the Leaf an edge in marketing and sales. It's a matter of time, he believes, before even hybrids and range-extended electric vehicles are seen as a stopgap solution.

And on a bigger scale, Perry says going gas-free will be a permanent part of the Nissan brand identity as demand for oil soars around the globe. Even if it puts the company out on a very long, thin limb as the world pivots around it.

"Everybody seems the wave coming," he concludes. "We just want to be on top of it."