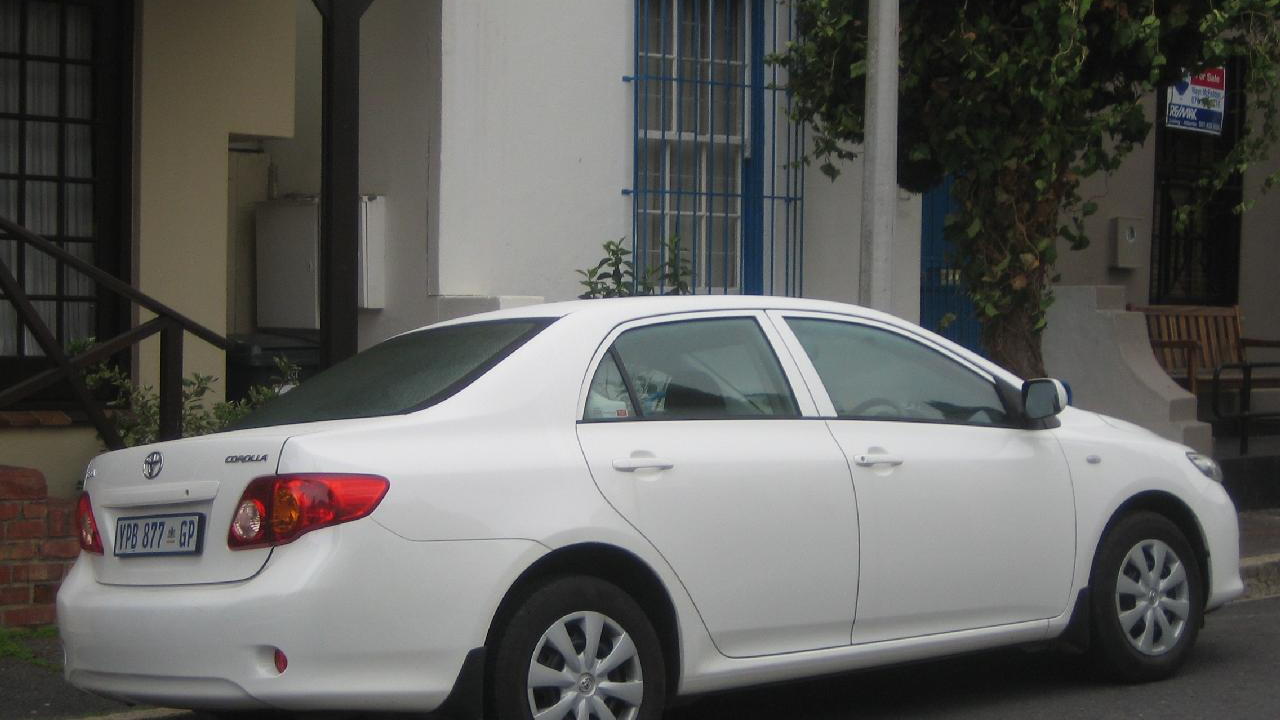 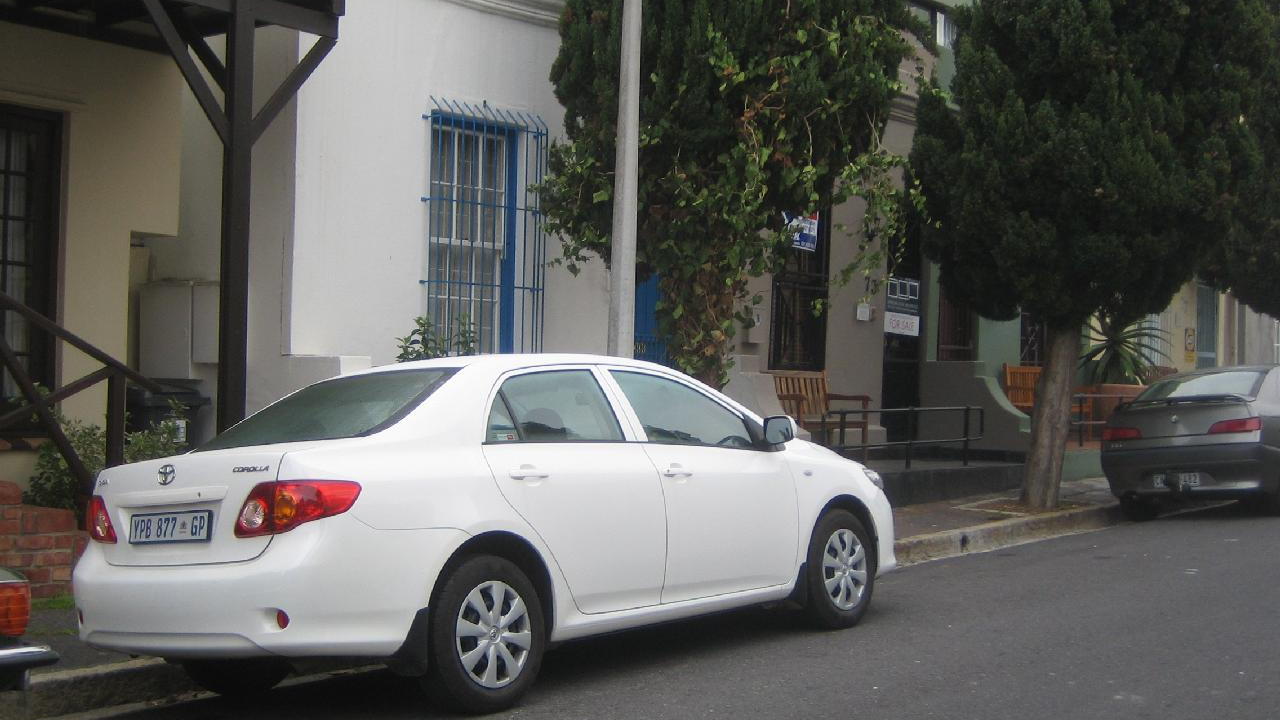 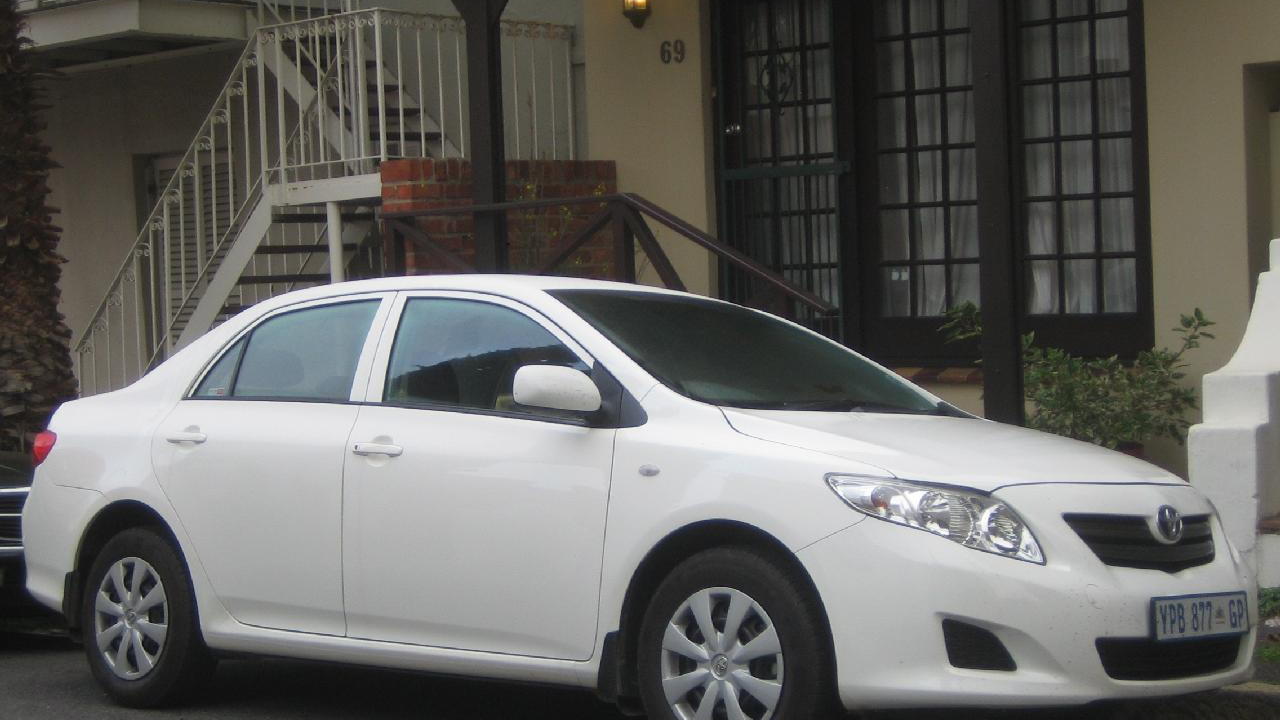 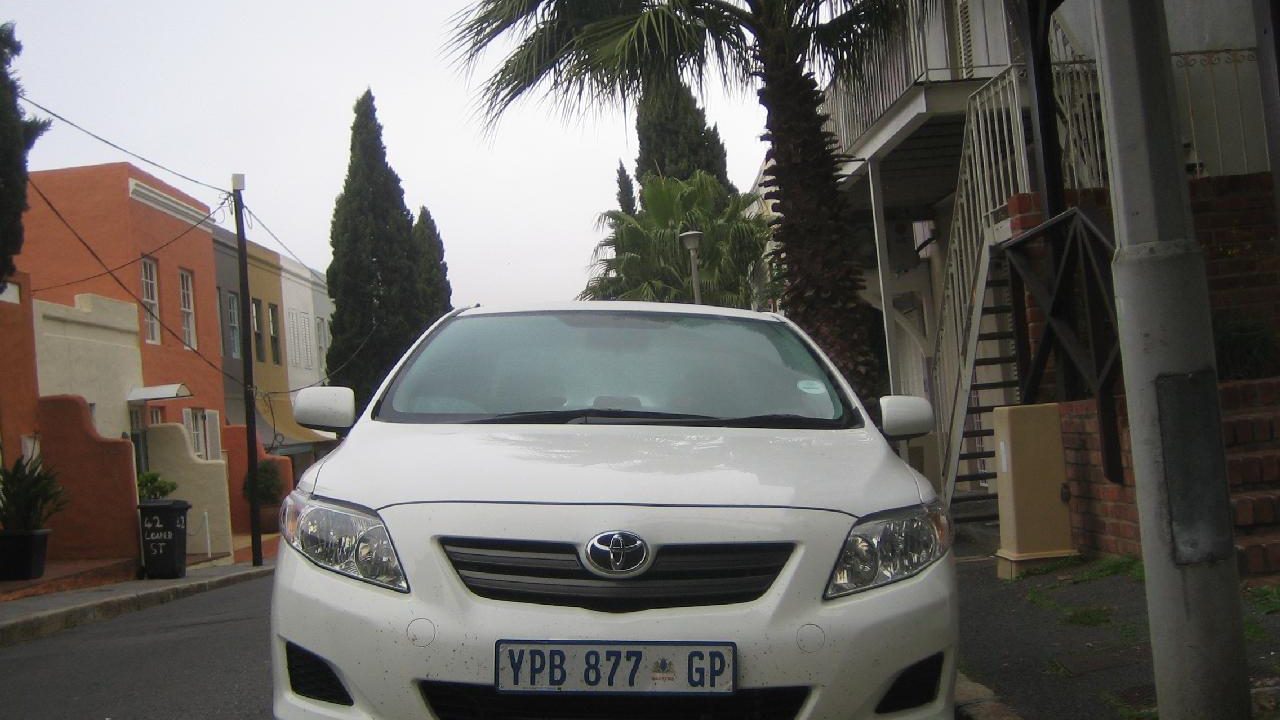 When auto editors go on vacation, we rent cars too.

Which is how a pair of very plain 2010 Toyota Corollas in South Africa taught us a few lessons about fuel economy, green value, and what other countries drive.

The bottom line: U.S. buyers get a lot more car, for a lot less money, than elsewhere in the world.

Toyota has built cars in South Africa for many years, avoiding punitive duties on imported cars that have kept local car manufacturing humming for decades.

Toyota minivans are everywhere, used as taxis and minibuses all over Africa. We actually drove past Toyota's giant Prospecton assembly plant on our way to the Durban's King Shaka Airport, which now exports Corollas to Europe.

And they cost a hell of a lot less to boot.

We rented not one but two identical white Corollas, in Cape Town and Durban respectively. Let's look closely at what's considered a base Corolla sedan in South Africa, and compare that to its counterpart in the U.S.

In South Africa, the compact Corolla is a medium-sized to large vehicle, though it comes with much smaller engines. (The largest 1.8-liter gasoline engine offered in South Africa is the smallest one used in the States!)

The most popular car size in South Africa seems to be what U.S. buyers would call subcompacts, including the Honda Civic, Toyota Yaris, and the Volkswagen Polo that will be offered in the U.S. for the first time as a 2011 model.

We saw no major differences in exterior styling between our Corolla 1.3 Professional rental and its base North American equivalents. The familiar Corolla shape is known all over the world; while ours had plainer wheels and less chrome trim, it'd go unnoticed in the U.S.

The plain black nylon interior was relieved only by pale grey upholstery above the beltline. But, low-level Corollas in the States are close to equally grim, so we felt right at home.

Except for the steering wheel on the right, of course, which made our South African friends laugh as our North American habits betrayed us. Time and time again, we strode confidently up to the car, unlocked it, and sat down ... in the front passenger seat.

Our rental Corolla featured the smallest engine, a 1.3-liter four not available in the U.S. market. It puts out a meager 99 horsepower (rated as 74 kilowatts in South Africa).

It's paired to a six-speed manual transmission, and automatics are only offered with the larger 1.6-liter and 1.8-liter fours--though each comes standard with the six-speed. There's also a 2.0-liter diesel four, another option not offered in the States.

By comparison, the EPA gives the U.S.-market Corolla with the smallest 1.8-liter engine and 5-speed manual transmission a combined rating of 30 miles per gallon (26 mpg city, 35 mpg highway).

That's close enough that your driving style probably swamps the difference in actual gasoline savings. For that gasoline, by the way, we paid about $4.10 per gallon (8.3 Rand per liter).

In other words, gasoline in South Africa costs about 40 percent more than in the U.S.--though every station charges the same price, raised and lowered by the government as global oil prices dictate.

Without comparing their interiors side-by-side, we couldn't identify precise differences between South African and U.S. models. We fit four adults comfortably, and five in a squeeze, into our Corolla sedans--helped by the flat rear floor and concave front seat-backs.

The center elbow rest lifted to reveal a single deep compartment that took our GPS and other electronics. Two covered cupholders behind the shift lever, plus four bottle-shaped recesses in the front-and-rear door pockets, offered decent storage.

Aside from three roof-mounted grab handles (useful on rough South African side roads), that was the extent of the interior furnishings.

Trunk space was cavernous, enough to swallow three peoples' luggage comfortably even after a three-week trip. Toyota mysteriously notes that our model has "enlarged cargo storage in boot," though how they made the trunk bigger isn't explained.

In the U.S. market, the cheapest 2010 Toyota Corolla sedan comes with six airbags as standard, along with a tire-pressure monitoring system, vehicle stability control and traction control systems, active headrests, and a trunk-entrapment release handle.

In South Africa, by contrast, the car has only four airbags: two in front, one in the steering-wheel hub for the driver, and one in the dashboard for the front passenger, plus two side bags. Rear passengers get none.

Like the U.S. model, it has anti-lock brakes and electronic brake-force distribution. None of the other U.S. safety features are provided on the base car.

Both have three-point shoulder belts for all five passengers. We appreciated that the front-seat belts were adjustable for height--a feature offered by too few vehicles in any market.

Our cars also has central locking controlled from the key fob. And every South African car we saw including ours was fitted with an anti-theft alarm, which we set off by mistake at least once.

The South African car specifies a "side-impact beam," though we weren't able to tell whether it was as strong as the side-crash intrusion beams and other structural reinforcements needed to rate highly in U.S. crash tests by the National Highway Traffic Safety Administration (NHTSA) and the Insurance Institute for Highway Safety (IIHS).

The South African car really shows its differences from a U.S. market car in the level of standard features. Any U.S. rental car fits cruise control as standard, but it was conspicuously missing in South Africa.

We were also startled to find electric windows for the front doors, but manual winders in the rears--a common practice there.

Power steering is standard even with the smallest engine, as is air conditioning. And the six-speaker radio includes a CD player that could also handle MP3 formats.

But here's the kicker. In the highly competitive U.S. market, a base Corolla starts at $15,450. On top of that, state taxes can add another 3 to 8.5 percent.

In South Africa, our Corolla--the 1.3 Professional with a smaller, less powerful engine, weaker pollution controls, far fewer safety features, and less standard and optional equipment--starts at 182,600 Rand, or about $24,000 (including Value Added Tax).

So in a country where gasoline costs 40 percent more, a representative compact car upwards of 50 percent more. Ouch.

It's often said that the U.S. is the toughest car market in the world. It's attractive because sales volumes are high, so buyers can choose among many vehicles.

Gasoline is cheap, so consumers don't have to focus as much on better fuel economy--and won't pay much for it.

With crash-test results highly publicized, U.S. vehicles offer more safety features as standard than in any other market--while meeting the most stringent emissions control laws in the world at the same time.

Granted, Toyota builds far fewer vehicles in South Africa (less than 250,000 a year) than it does in North America, which raises costs.

But our tale of two Toyotas showed us that U.S. buyers come out far, far better when prices and standard equipment are compared head-to-head. For that, they should count their blessings.