What does a pizza delivery teen, a taxi driver and a courier have to do with EVs? Not much right now, but could these and other professional drivers hold the key to truly prove that EVs have what it takes to hit the big time, or do they risk condemning EVs to the history books forever?

Chinese auto firm BYD (Build Your Dreams) is known for its larger-than life attitude to EVs. Initially a battery firm, it has branched out into cars and plans to bring its e6 all electric car to the USA in the next few years. The e6 doesn't stand out. It is a normal-looking car from a small company with a big appetite to catch up with the likes of GM, Nissan and Tesla.

What does stand out however is the way in which BYD are proving their E6 ready to take on the world; by running a fleet of electric e6 taxis in Shenzhen.

While BYD isn't the only firm to have electric taxi test fleets, it is aiming to produce the largest. By the end of 2010 it is estimated that there will be 100 brightly colored e6 taxis operating in and around Shenzhen, all running on electricity.

Schemes elsewhere in the world, noticeably London, consist of much smaller test fleets made up of electric Mercedes Vitos and a smaller number of electric "London Cabs".  In the U.S.A, there are similarly small test fleets of electric vehicles working as taxis. Someone has even turned a Tesla Roadster into a Taxi, but we assume more as a gimick than an actual practical taxi. 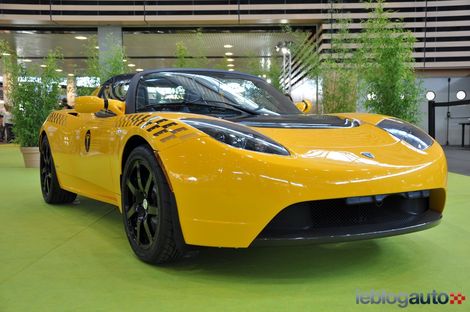 Giving taxi drivers and other professional drivers electric vehicles is the ultimate in field-testing for any electric car maker.  Most professionally driven fleet vehicles are in almost constant use, spending many hours in operation over a wide range of traffic and speeds.

For electric cars, an arduous fleet life poses one particular question. What about recharging.

Recharging time for a conventional electric vehicle in a conventional setting is the time when its driver is asleep. In an average, everyday setting a car like the 2011 Nissan Leaf are unlikely to be driven beyond its 100 mile range in a day.

When the owner returns home at the end of a busy day the car will happily top-up charge overnight, ready for a fresh new day of driving. 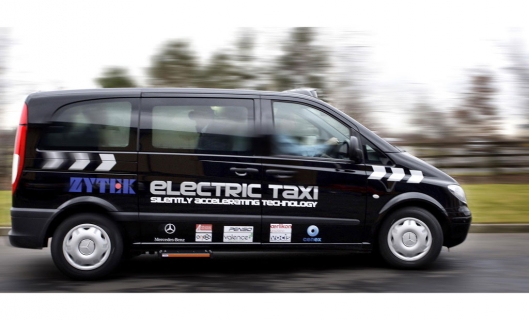 But for professional fleets of vehicles that isn't true. As the old cliché goes, time is money.

A taxi could cover 100 miles before lunch. Unless it has a huge battery pack it needs to be able to reliably and quickly recharge -- something BYD are trialling with one-hour fast charge stations for the e6 Taxis.

Conventional Taxis, Pizza delivery and courier vehicles are often driven around-the-clock, by two or three separate drivers.  There is no down time, no recharge time and only scheduled maintenance slots. Any time not spent on the road costs either the driver or the company money.

And that affects the prices to the consumers.

If BYD's experiment of long-term placement of electric e6 taxis in Shenzhen succeeds after the equivalent of decades worth of driving in a year then BYD will have proven its car ready to take on the normal benign world of commuting and family life.