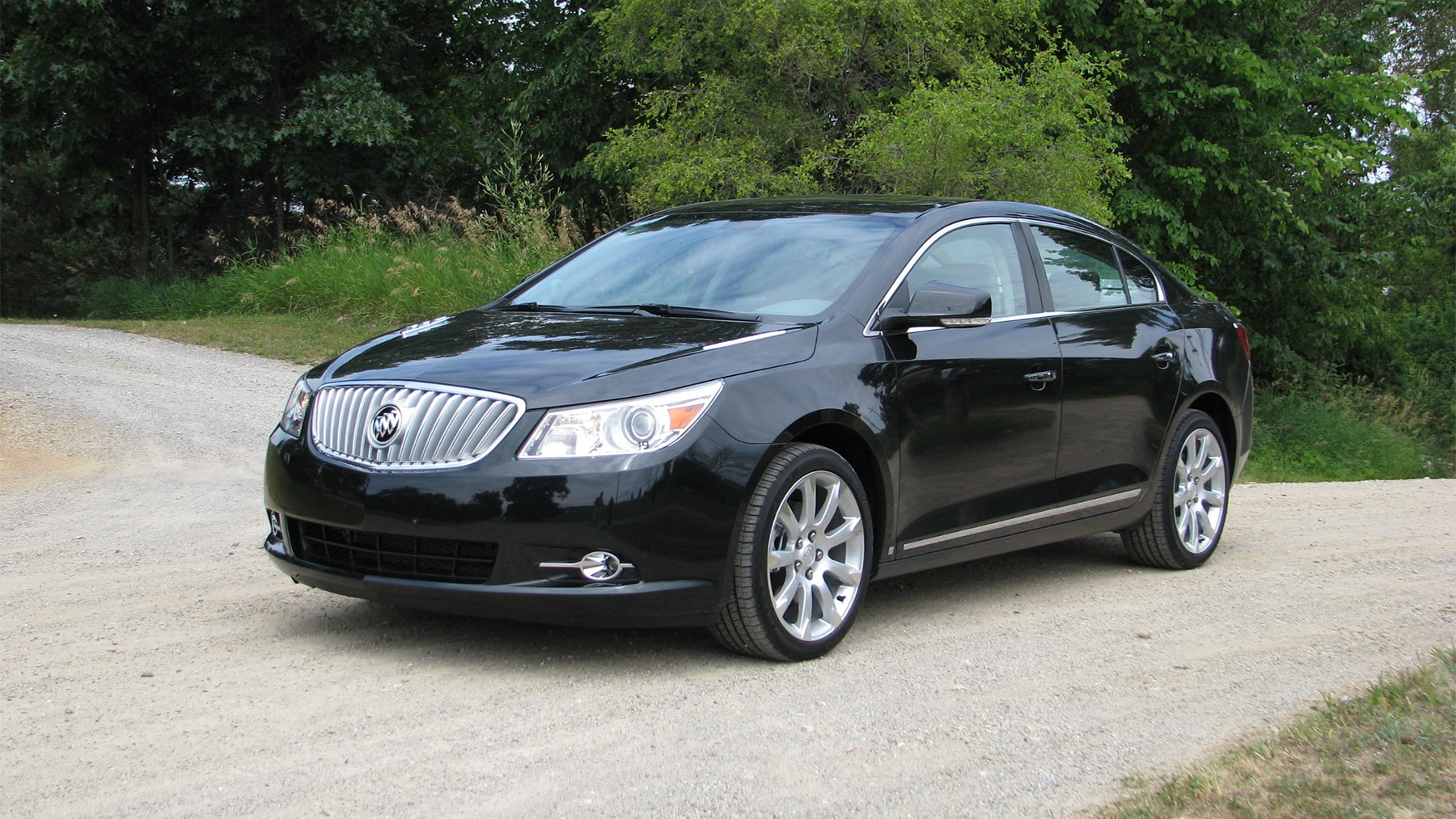 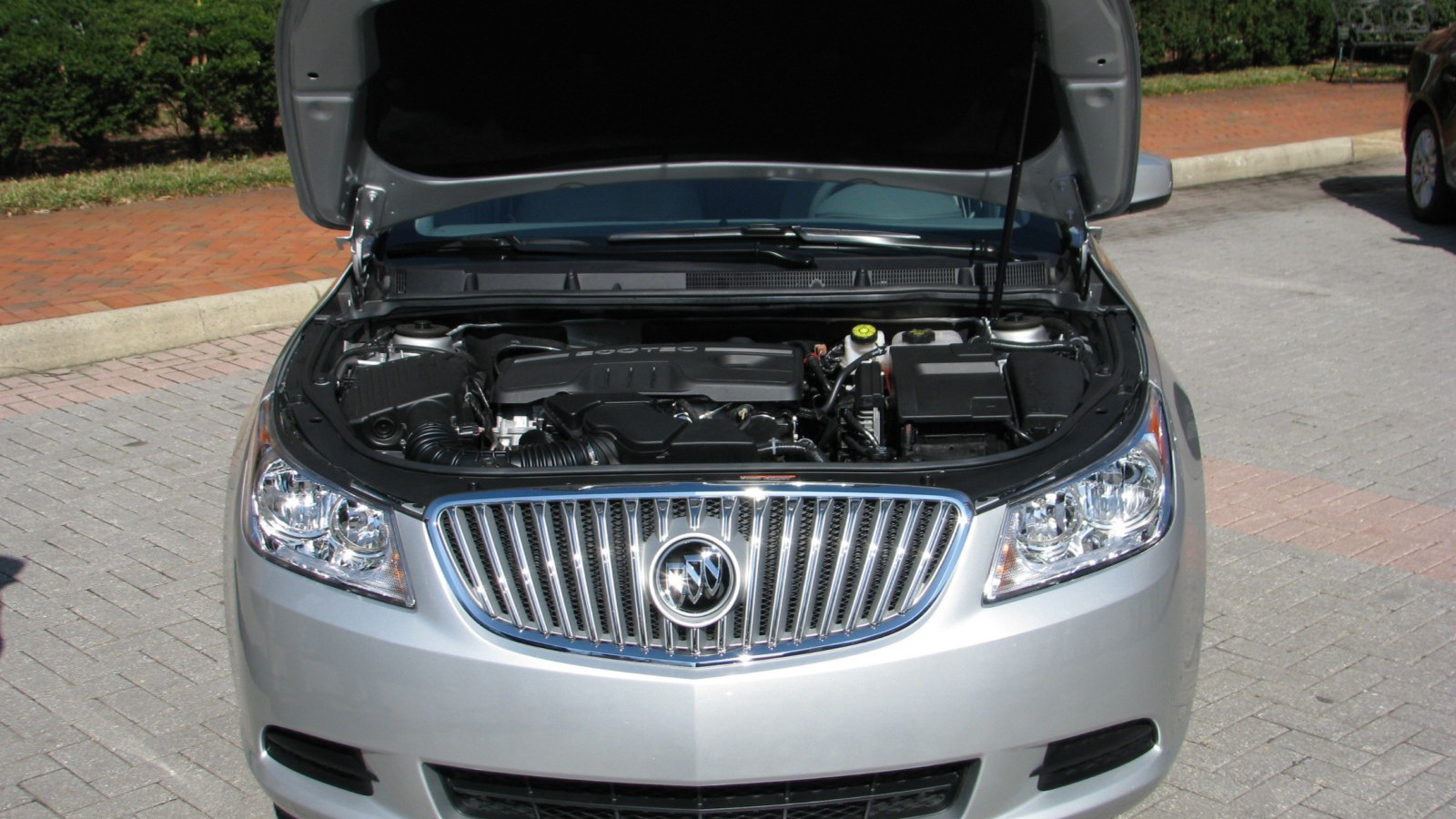 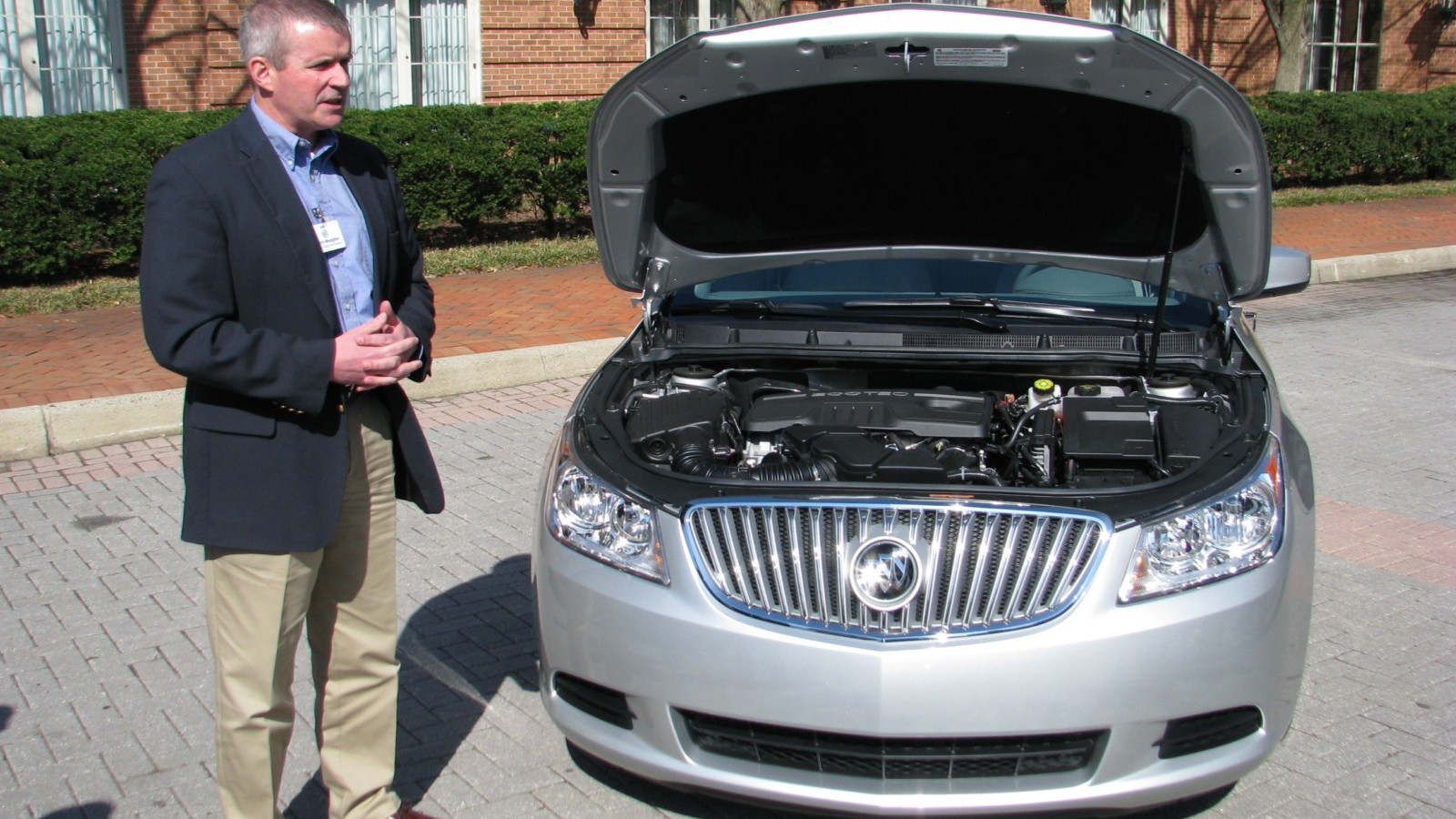 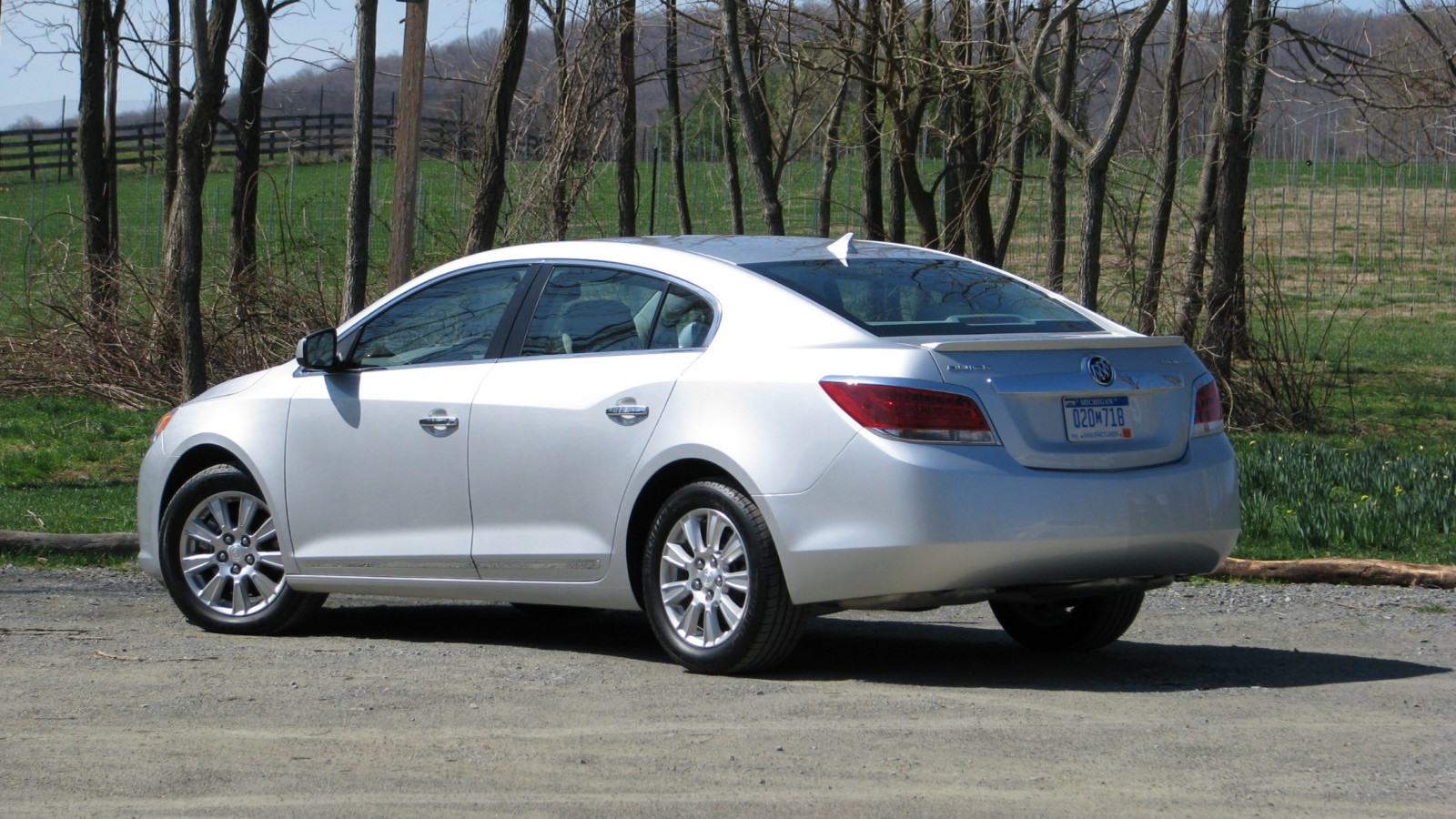 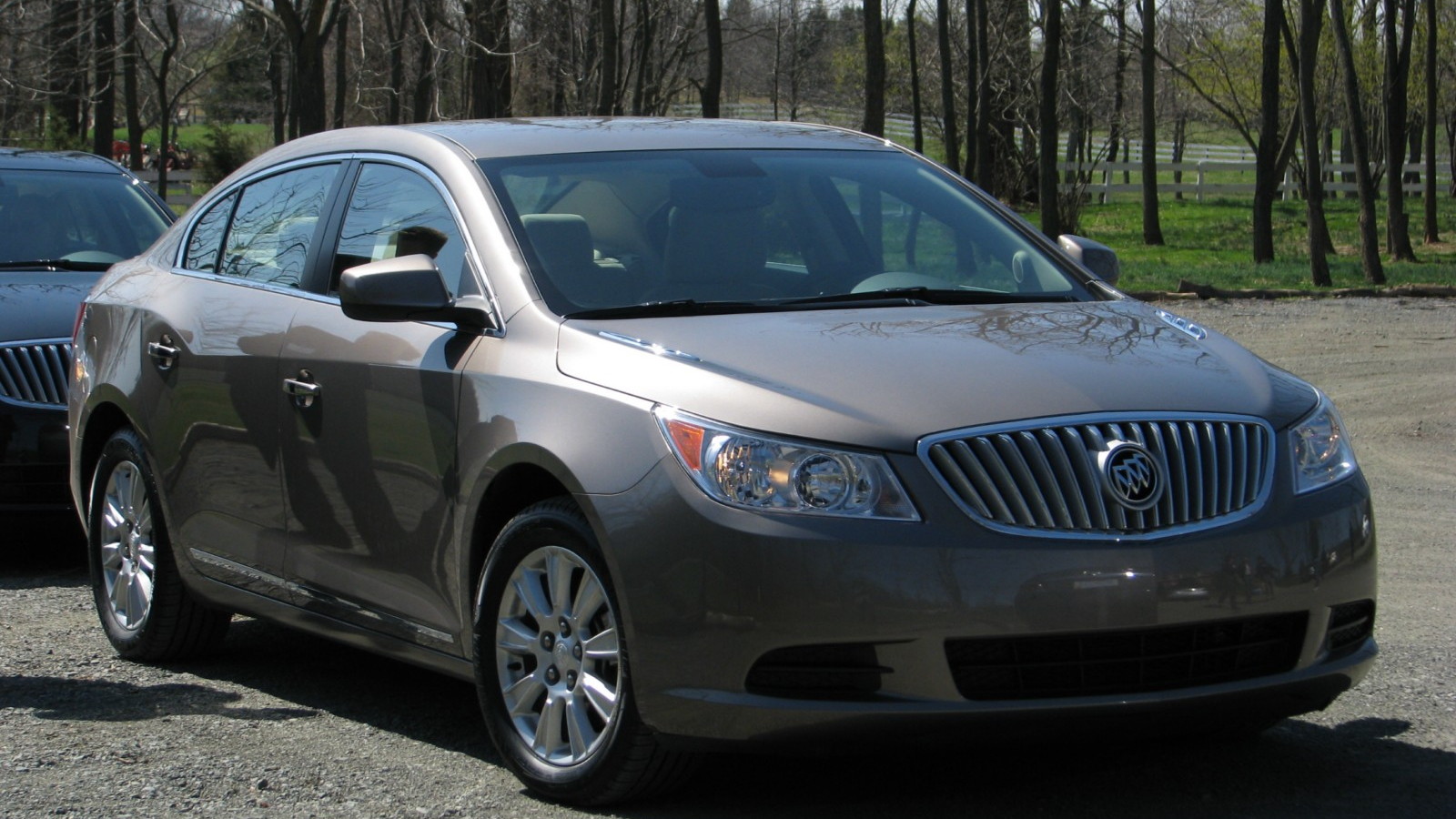 Sure, hybrids and electric cars are great, but they sell in small numbers. The way most cars will meet newer, more aggressive fuel-economy rules is by making engines smaller and more efficient.

While that's far from the stunning 274 horsepower Hyundai manages to generate from the 2.0-liter turbocharged four in its 2011 Hyundai Sonata 2.0T, it motivates the midsize Buick fine in most cases.

For details, we turn to our colleague Nelson Ireson, who drove this latest, lowest-consumption LaCrosse. On our sister site Motor Authority, he reports that "on the whole," the new Buick does fine.

Ireson says he achieved "mpg ratings in the high 20s up to the mid 30s" while he was "cruising at constant rates" on "rolling two-lane blacktop." However, in heavier traffic, "efficiency began to slip--occasionally below 20 mpg."

Given the Buick's substantial bulk, this is hardly surprising, as he notes: "It turns out physics is still at play here, and hauling that much weight around has a minimum fuel cost, no matter the engine."

Overall, Ireson says the rated milage figures for the four  "probably aren't far off reality," though of course driving style--how often a driving mashes the pedal to the floor--plays a major role, as always.

He also says the four's output--182 hp and 172 foot-pounds of torque--feels "rather larger than its numbers would suggest.

When he buried the throttle, the six-speed automatic delivered "smooth shifts and fairly rapid acceleration, along with a fair dose of noise."

Nonetheless, in assessing this first four-cylinder Buick in many years, Ireson calls it, "on par with or ahead of competitive cars from Toyota, Honda, and Nissan."

You can read Ireson's full report at the link below.