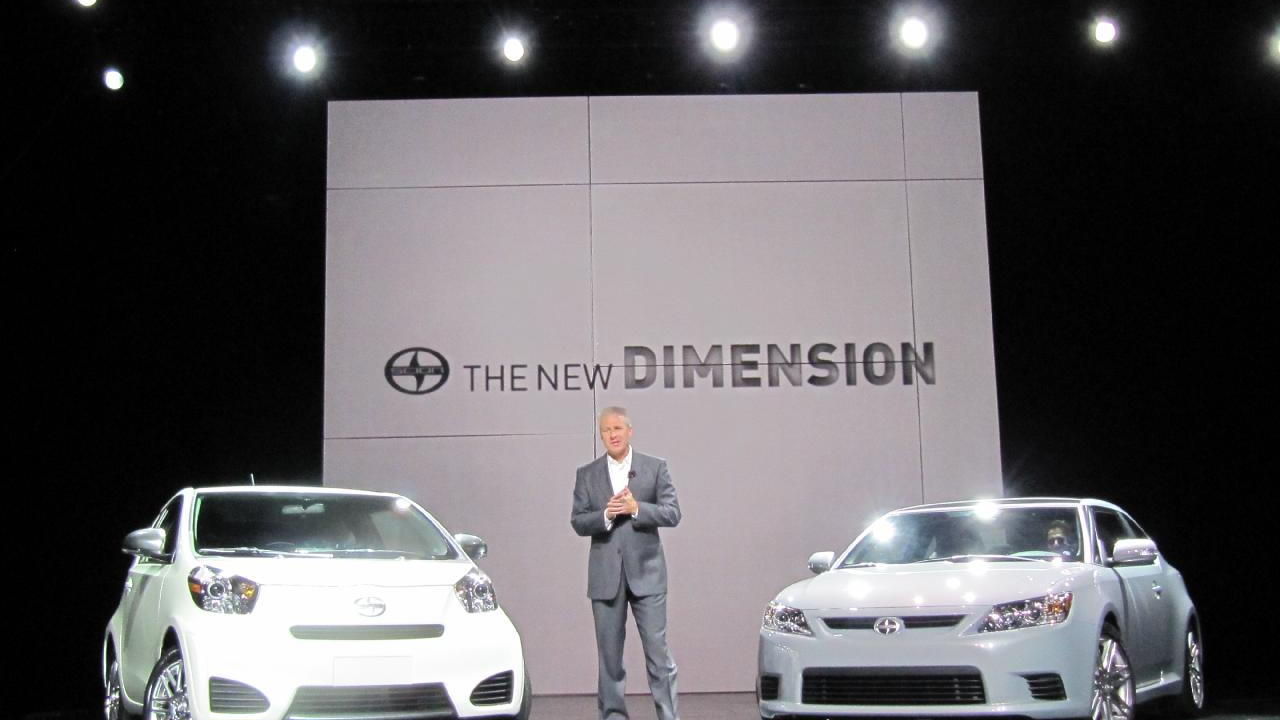 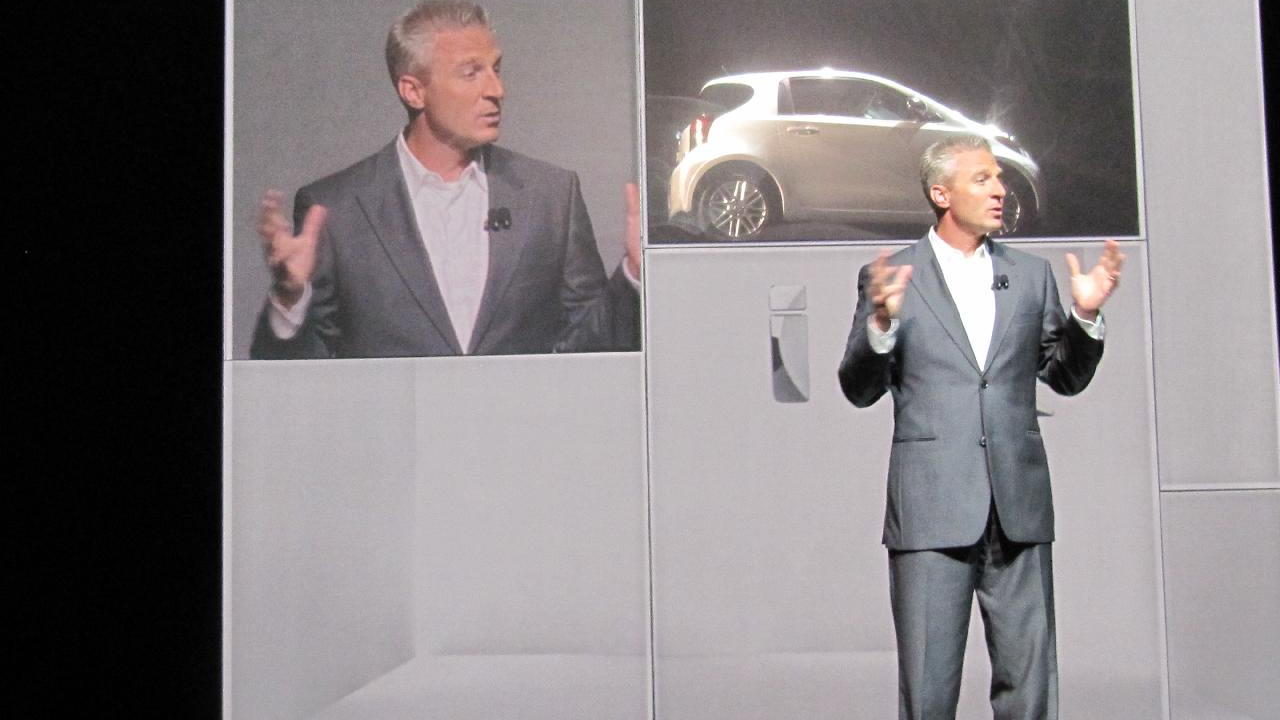 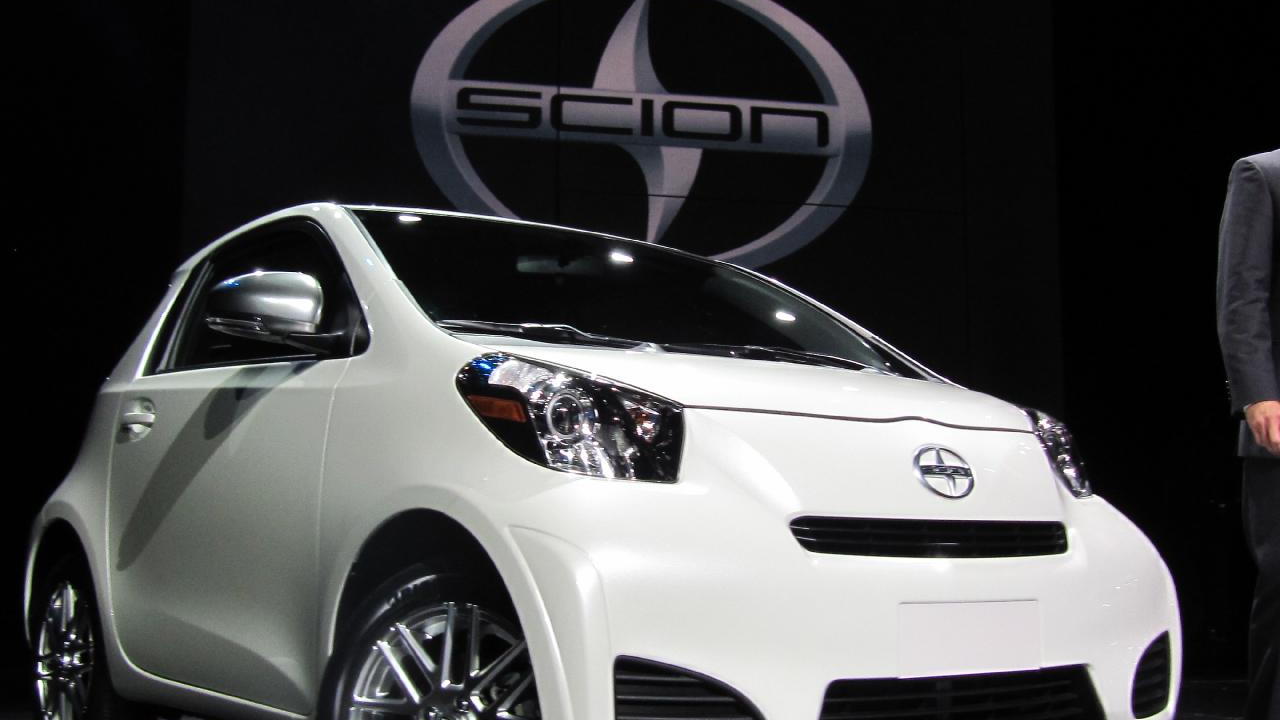 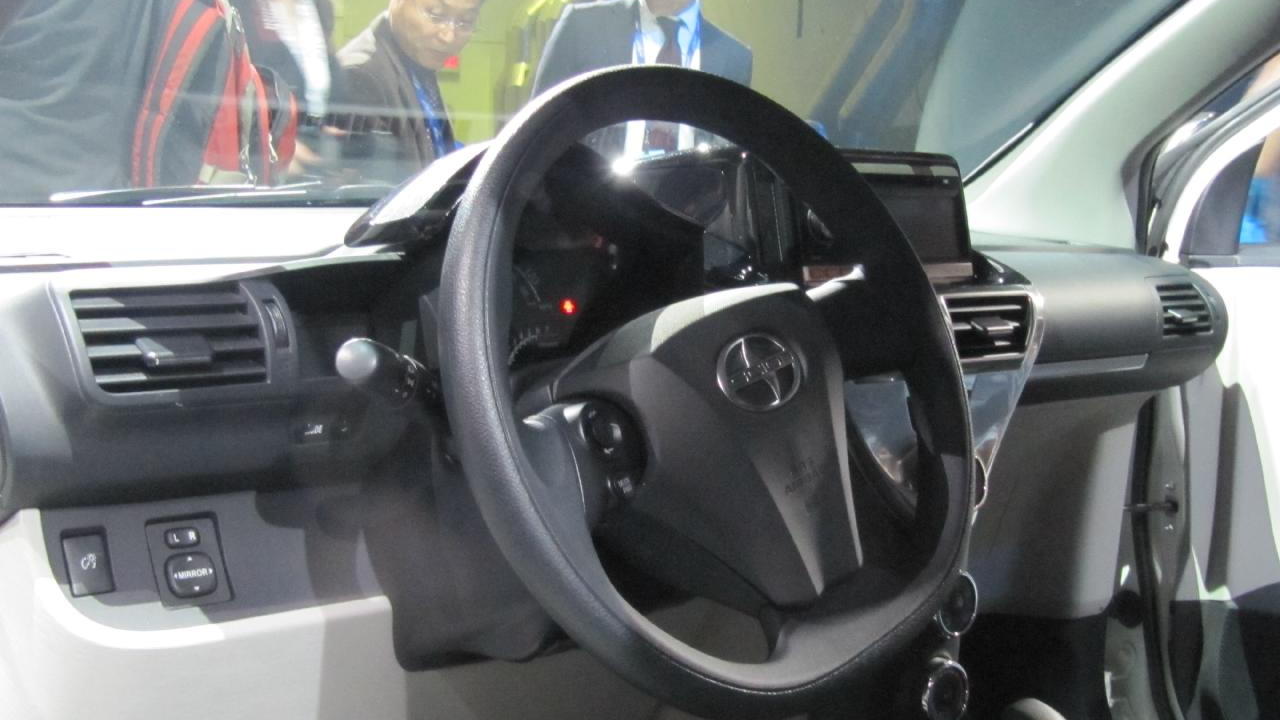 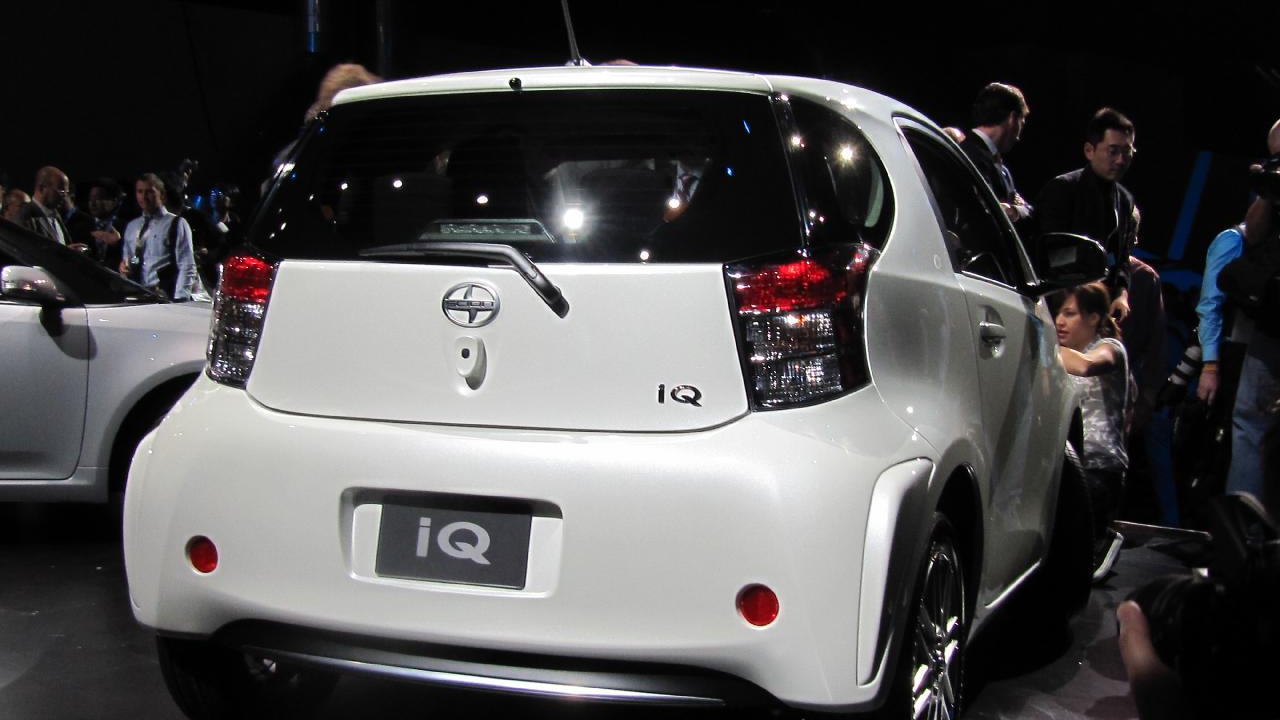 One year ago, Scion previewed its iQ mini-car, the smallest model yet from a brand known for its small, quirky cars. Today it revealed the production version of the 10-foot-long 2011 Scion iQ.

The little "three-plus-one-seater" will go on sale between January and March next year, powered by a 1.3-liter engine producing 90 or more horsepower mated to a continuously variable transmission (CVT).

Exactly 10 feet long, five and a half feet wide, and five feet tall, the smallest Scion is sold elsewhere in the world as the Toyota iQ urban mini-car.

At the 2010 New York Auto Show, Scion chief Jack Hollis went so far as to call it "Mini-er and Smart-er" than the competition, a cheeky nod to the other two tiny vehicles in the U.S.

He calls the 2011 iQ a "premium micro-subcompact," certainly a new category of vehicle by most definitions.

Who buys such a tiny car? Hollis pointed to "new urbanites" looking for "clever transportation without a sacrifice in style or new features."

Indeed, with 10 airbags and a full complement of safety features, the 2011 Scion iQ offers a level of equipment rarely found in tiny vehicles, including the 2010 Smart ForTwo it'll be compared to.

The iQ touts the world's first rear-window curtain airbag, since the rear-seat headrests all but touch the tailgate glass.

Toyota redesigned every component in the iQ to minimize size. It uses electric power steering and a new, smaller air-conditioning compressor, and the differential is inverted, all to reduce length. The very flat gas tank sits below the floor for minimal overhang behind the rear wheels.

Inside, the dashboard in front of the passenger is recessed toward the windscreen, allowing the right front rider to sit further ahead and provide third-seat room for an adult in the rear seat.

Despite reports that it would go on sale by the end of this year,  Hollis said the 2011 Scion iQ will reach dealers during the first quarter of 2011, e.g. January through March.

The iQ, by the way, also serves as the basis for a very low production, very expensive Aston Martin model called the Cygnet.