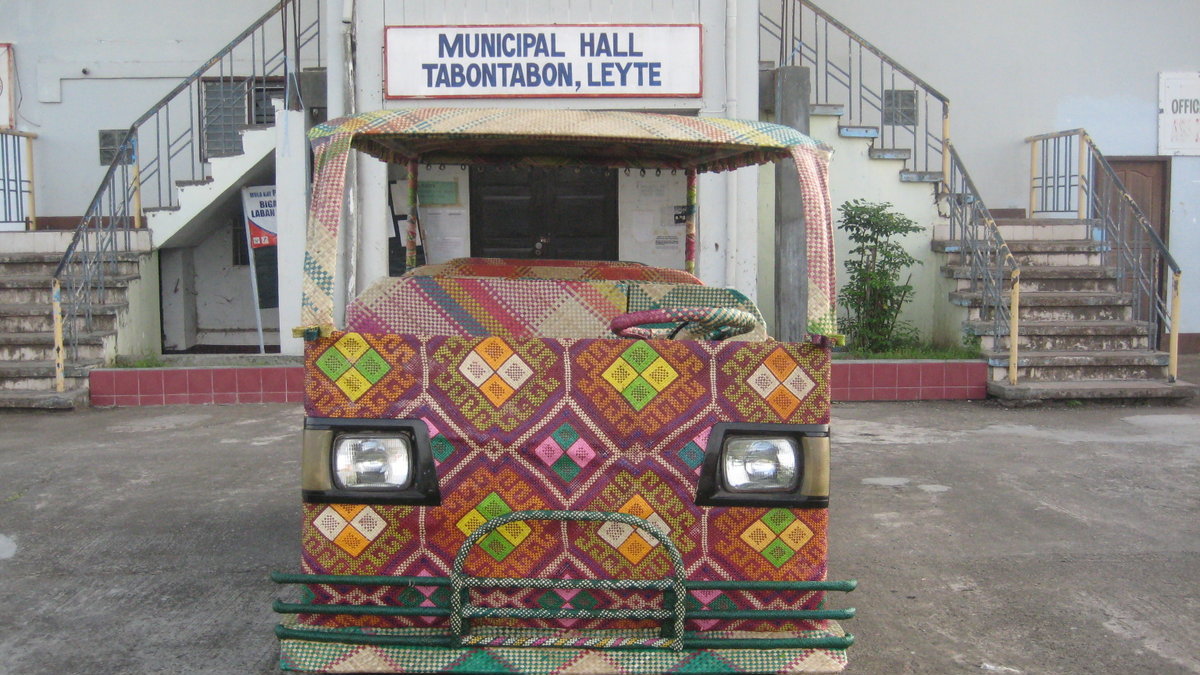 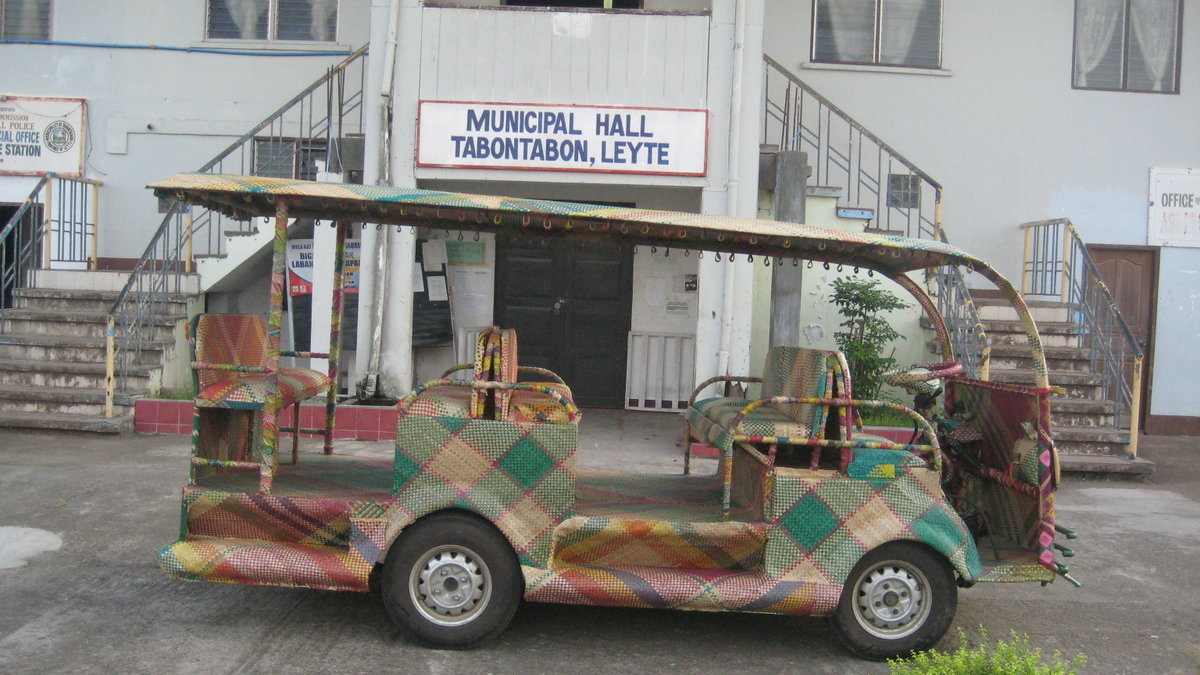 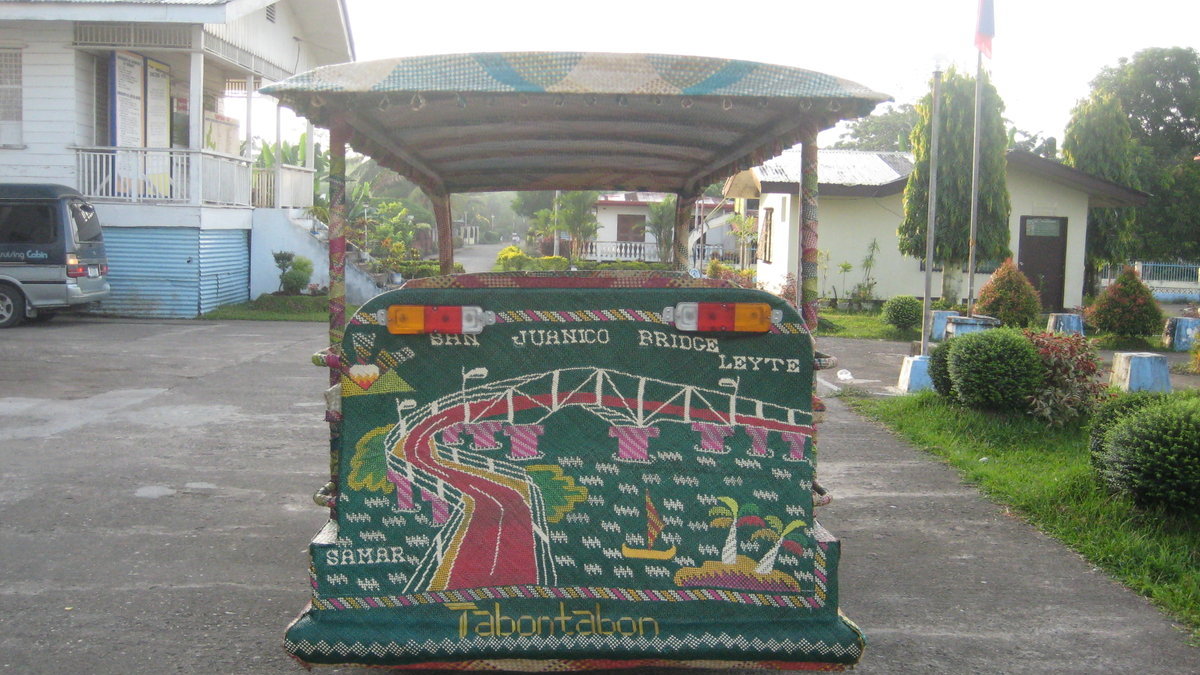 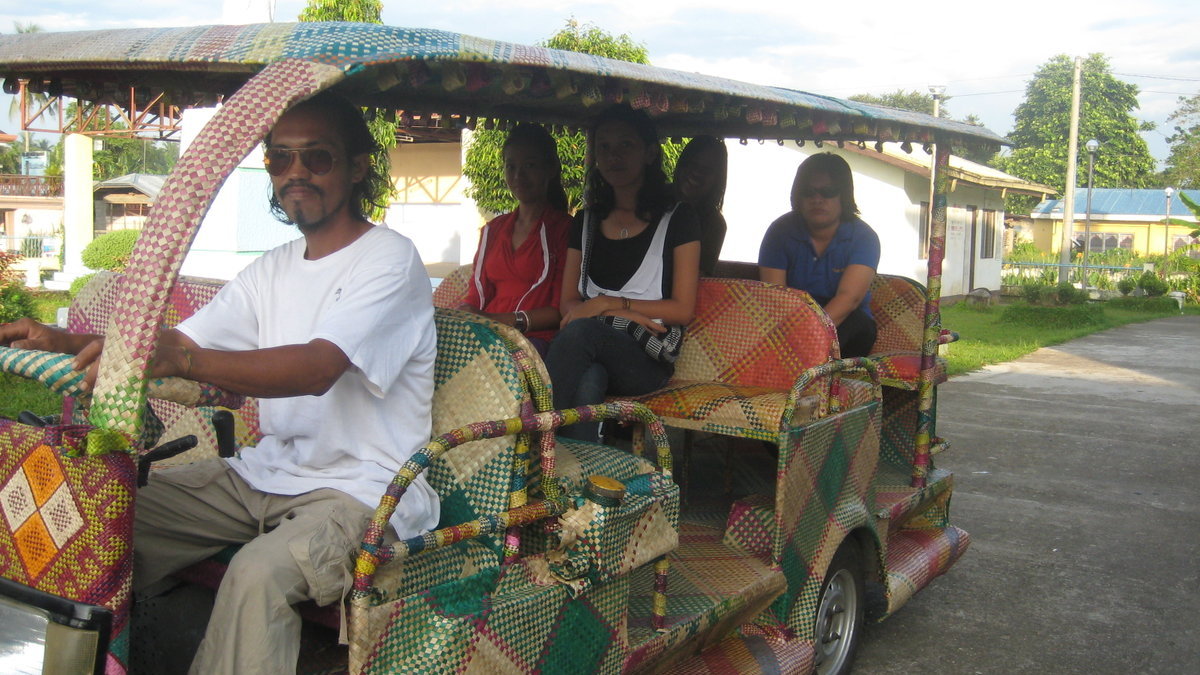 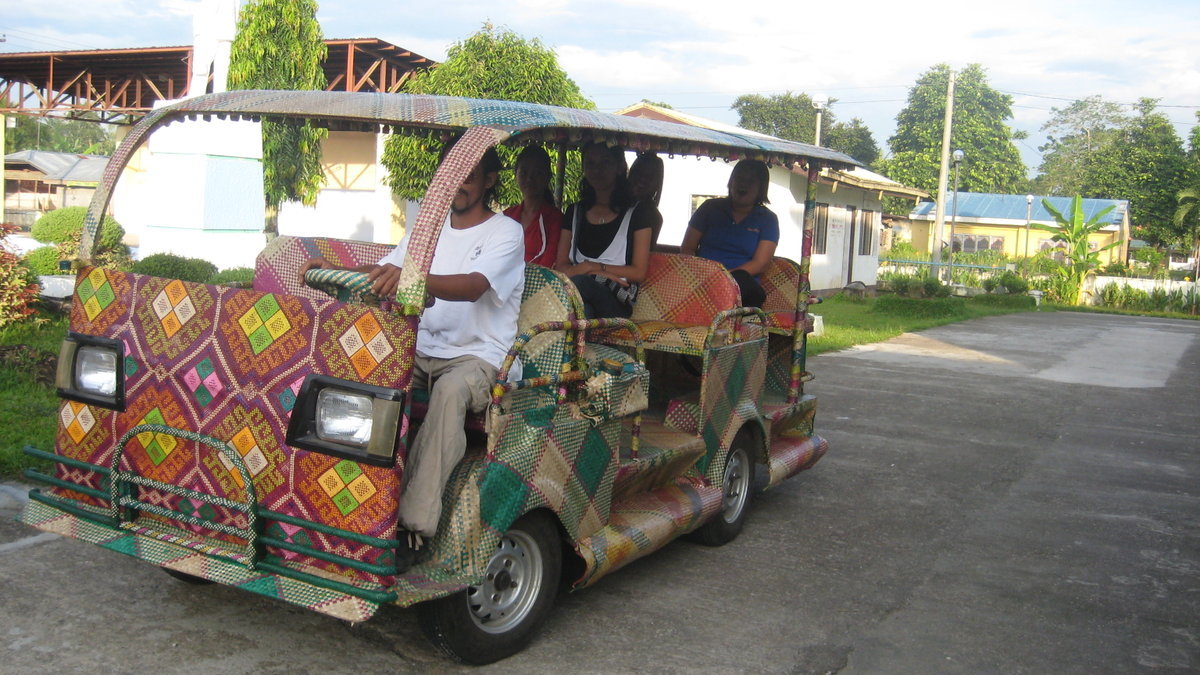 It's not a particularly new story, these days, but hey, it's also Friday. So we thought we'd revisit one of the more unusual attempts at green cars we've seen.

This morning, a friend sent us an e-mail with photos of two taxis commissioned by the Philippine town of Tabontabon, in the province of Leyte, whose bodies are made of indigenous bamboo. More than that, they burn biodiesel fuel made from locally available nut oils.

The ECO taxis built by Tabontabon Organic Transport Industry [TOTI] come in two sizes: ECO1 seats 20, whereas ECO2 carries eight passengers. Each is said to run for eight hours on a gallon of biodiesel, which in this case is derived from coconut oil.

The bamboo-taxi story first surfaced last summer; it's one of numerous attempts around the world to turn taxis more green. In the States, for instance, many fleets are now using Ford Escape Hybrid taxis, including some that have now been retired after 300,000-plus miles.

Tabontabon mayor Rustico Balderian is the inspiration behind the unusual vehicles, which are fully 90 percent bamboo. They provide employment opportunities for local youth, and safer transport for families who otherwise ride four or five together on a single motorcycle.

ECO1 is covered in the woven Filipino mat called banig, making it almost as colorful as the Jeepneys in use elsewhere in the Philippines.

As the TOTI Eco site expains, though, Jeepneys didn't work as public transit in Tabontabon. Drivers often waited for a full load of people before starting. In a town of 10,000, that often didn't happen. Instead, passengers hopped on their motorcycles, known as habal habals.

The hope is that locally made vehicles may be less costly, providing cheaper and safer transport for residents. A third vehicle, ECO3, is now under construction, this one with a frame made of bamboo too.