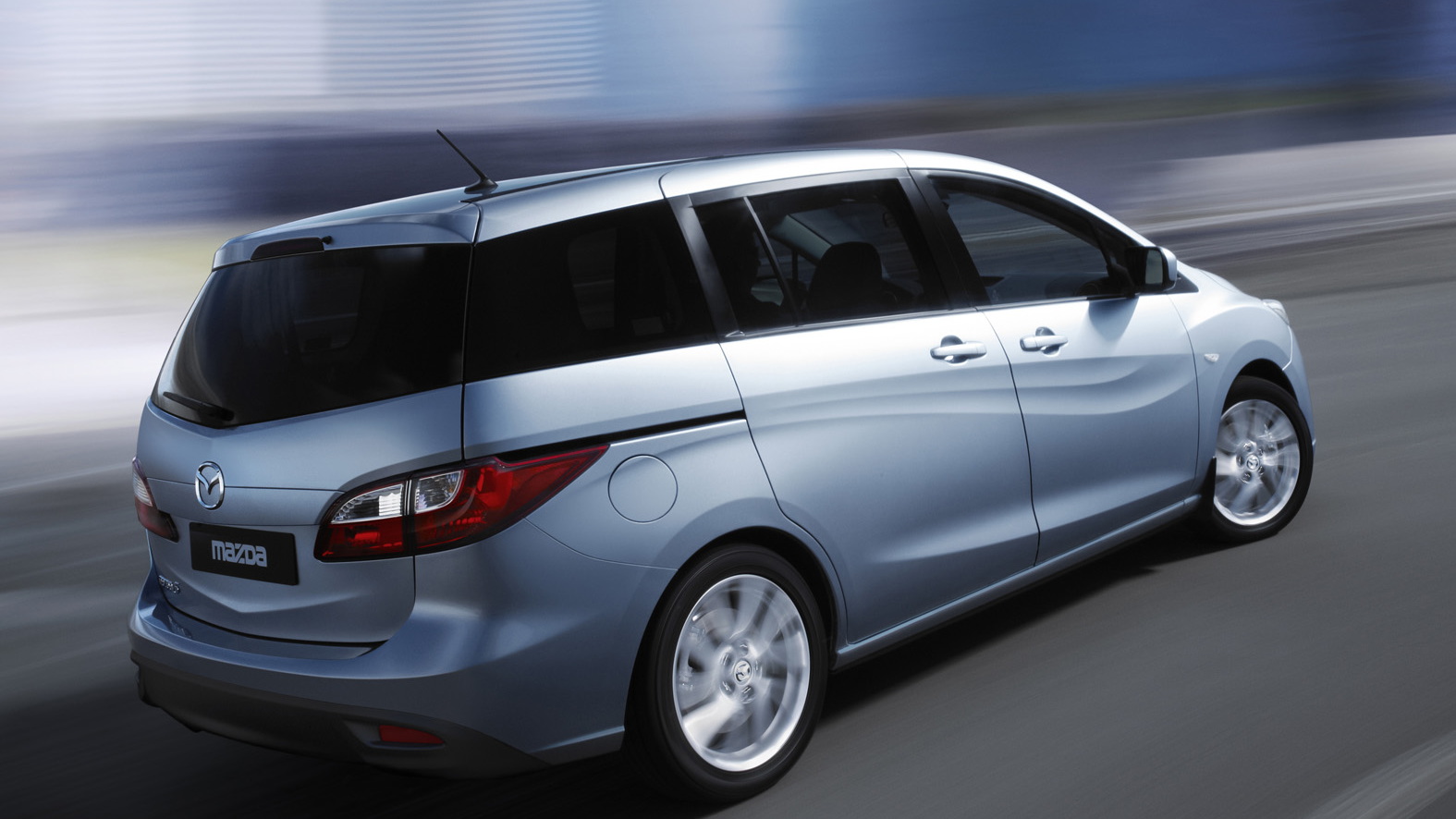 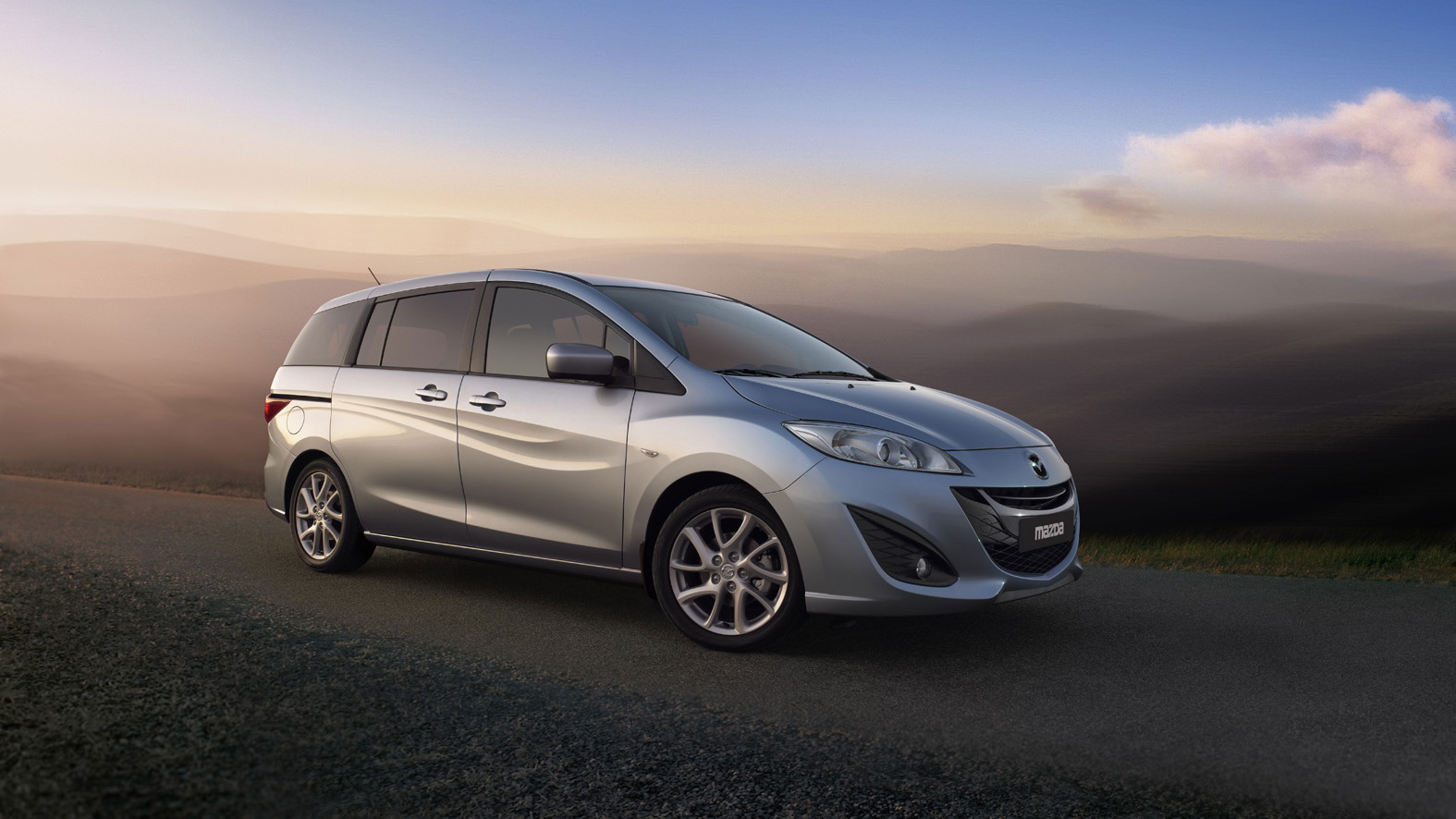 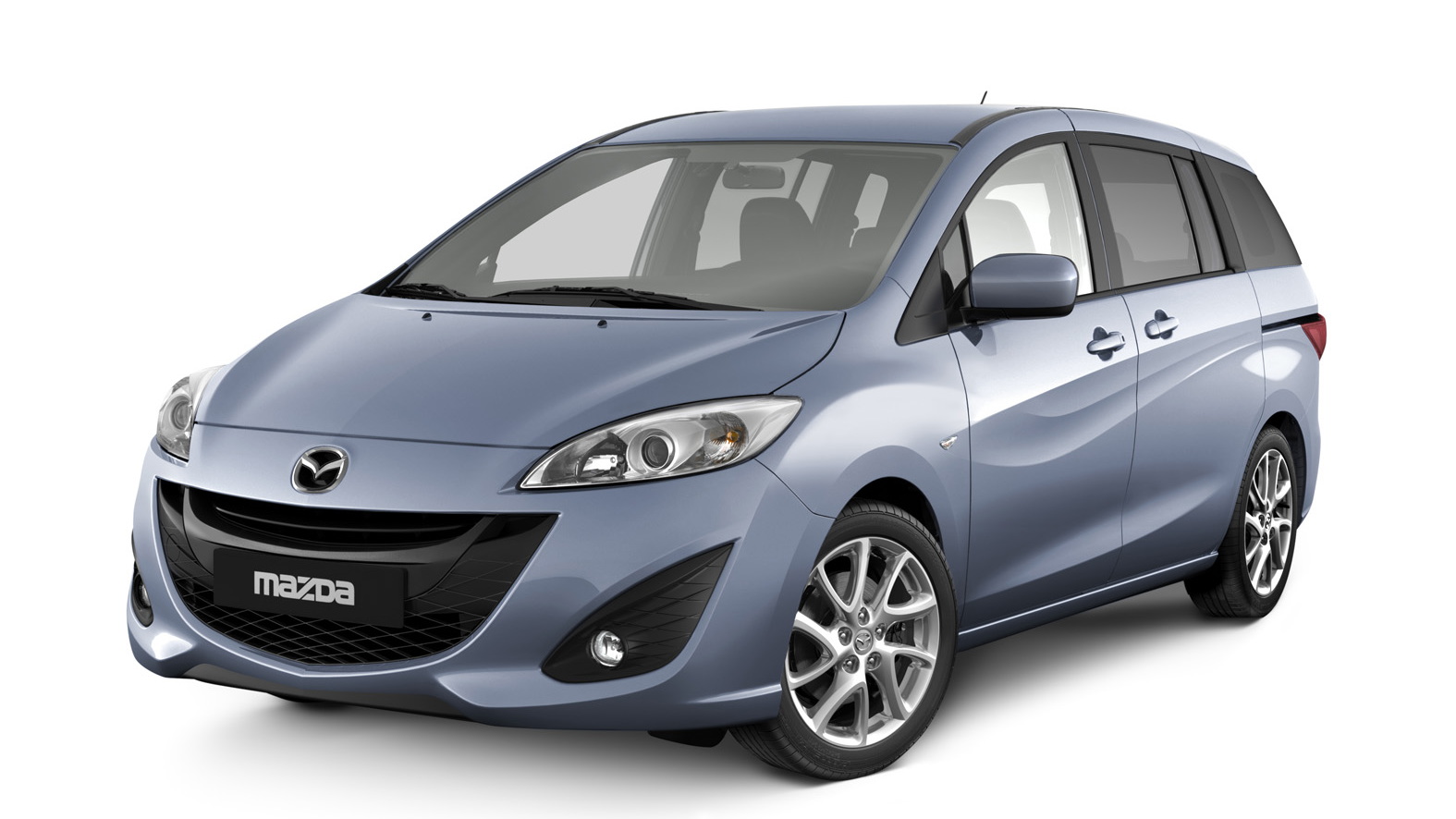 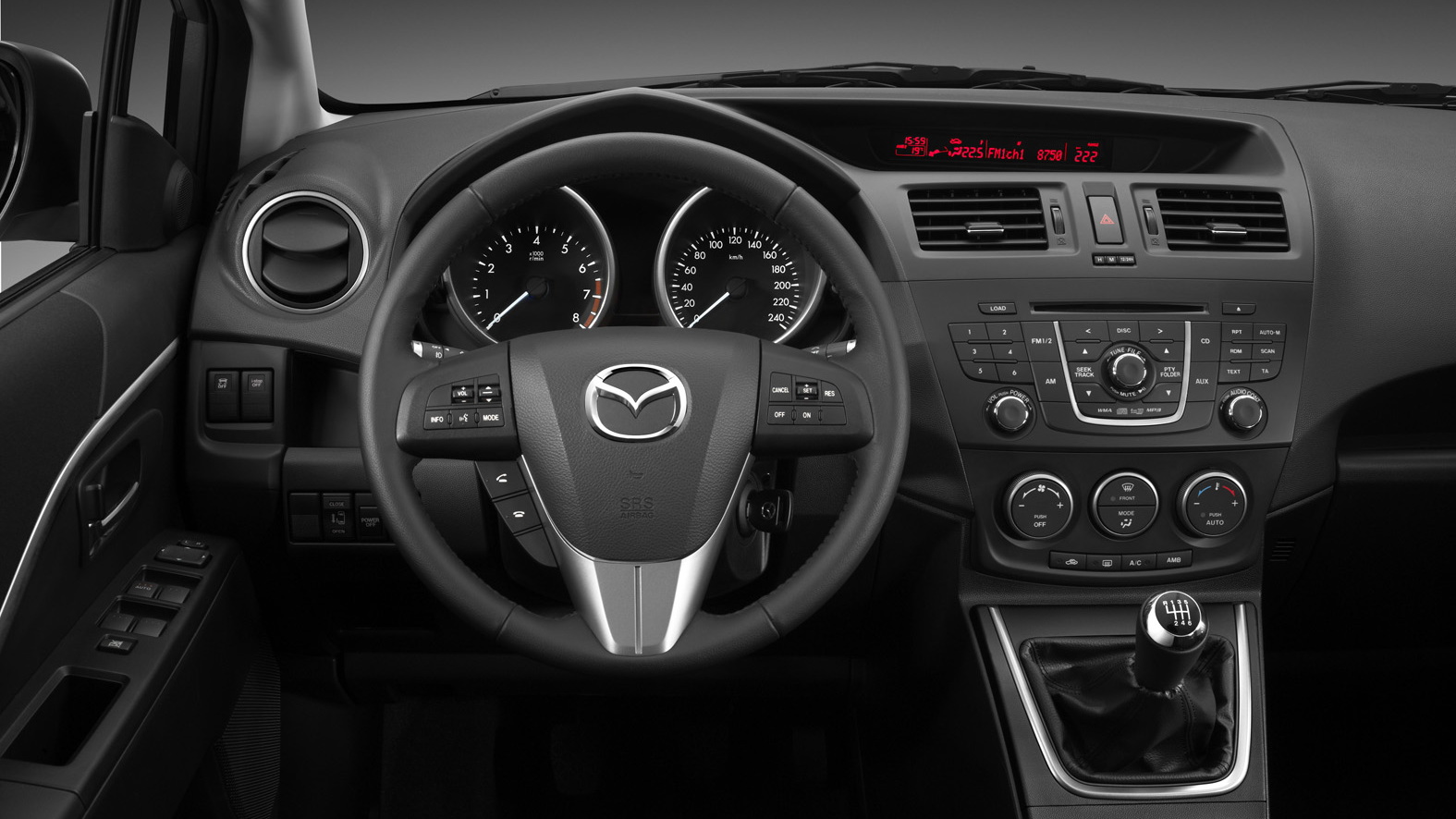 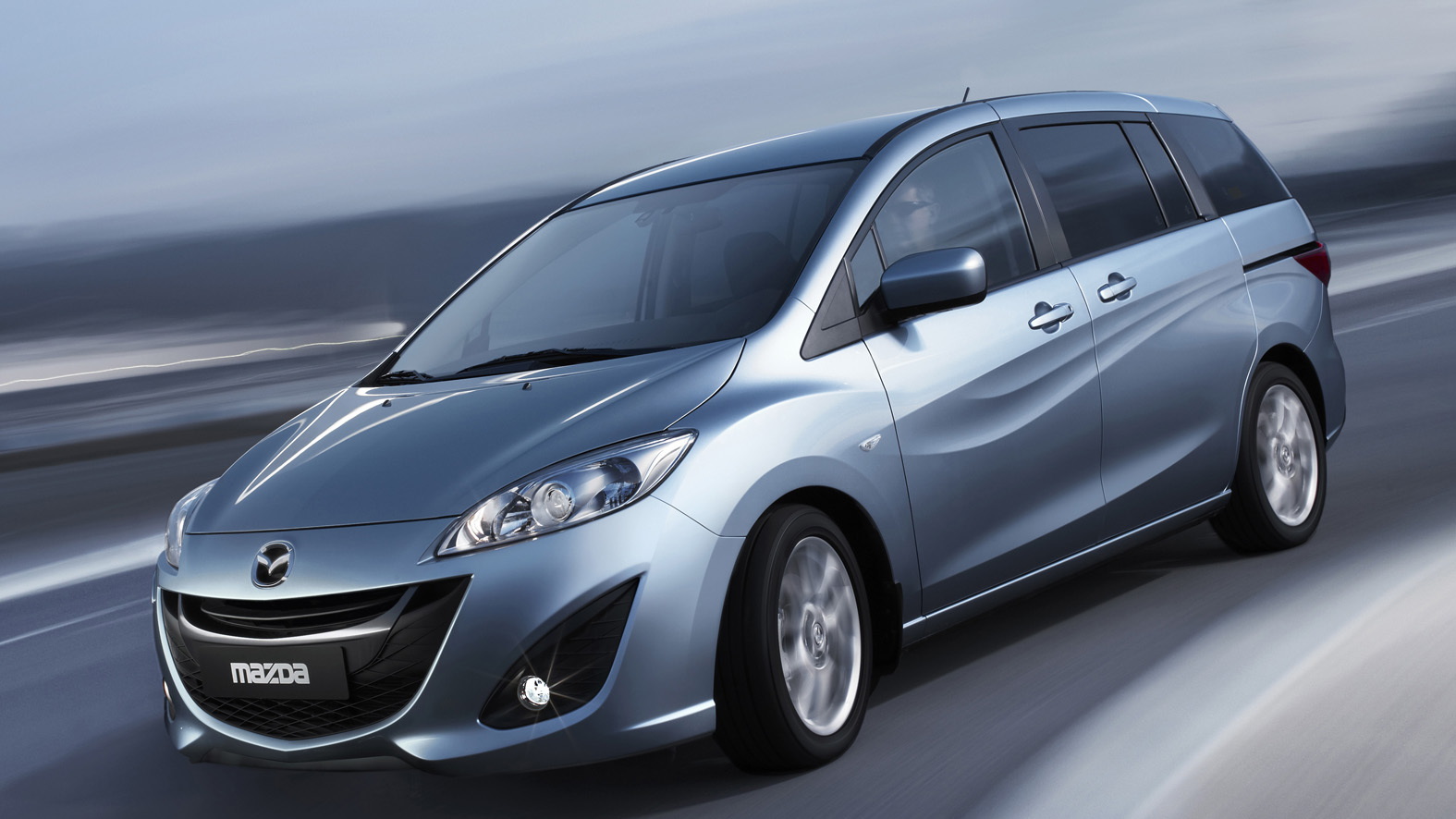 We've always been fond of the 2010 Mazda Mazda5 small minivan, which gets rave reviews for its sporty character and good roadholding.

Because it's smaller than more conventional full-size minivans like the Dodge Caravan, Honda Odyssey, and Toyota Sienna, it has always sold in smaller numbers. But it's the enthusiast's minivan--and better on gas mileage to boot.

Now Mazda has released the first photos of the all-new 2011 Mazda5, which it will formally unveil at the Geneva Motor Show in March. The European model, which goes on sale this fall, will see roughly a 15-percent improvement in its fuel efficiency over the current model.

Mazda says the new Mazda5 is the first model to fully adopt its Nagare design language (it's the Japanese word for "flow"). It carries Mazda's now-familiar "smile" face, as do the recently redesigned Mazda compact sedan and hatchback.

The European version of the new minivan is fitted with a 2.0-liter direct-injection gasoline engine, paired with a six-speed manual transmission. For the U.S., Mazda is likely to fit an automatic as well. A smaller 1.8-liter engine with six-speed manual is also available.

Mazda calls its long-term technology vision "Sustainable Zoom-Zoom," and the new Mazda5 to be sold in Europe also comes standard with i-Stop. It's the Mazda start-stop system that switches off the engine when the vehicle comes to a stop, and restarts it when the driver begins to lift off the brake pedal.

That system probably won't be fitted to U.S. Mazdas, we learned, unless the EPA changes its mileage rating system. As we learned while discussing the upcoming Mazda2 subcompact, i-Stop gains no more than 0.2 miles per gallon under current tests--meaning there's no marketing advantage despite the cost.

It's at its best in urban environments with heavy traffic, where i-Stop can cut consumption as much as 8 percent. That could mean a boost of up to 3 miles per gallon, a far more compelling figure in the U.S. market. Mazda says it's now talking with the EPA on the topic.

For a minivan, the updated Mazda5 has excellent aerodynamics. Both rear doors slide, and inside, the second-row seat can be converted to a storage space.

U.S. sales could start as early as this fall, or they might be delayed into 2011.  We'll provide more details on the U.S. version of the 2011 Mazda Mazda5 as soon as they become available.