An electric Fiat 500 has been rumored for several months now, including before the lengthy October press conference where Chrysler laid out its survival plan.

But now, it appears that Chrysler will show an electric Fiat 500 mini-car as one of two concepts it will have on display at next month's Detroit Auto Show.

Chrysler said it won't hold a press conference there, because it has no new production models to unveil. But the electric 500, plus a Lancia Delta rebadged as a Chrysler, are rumored to be its signature concepts at Cobo Hall next month. 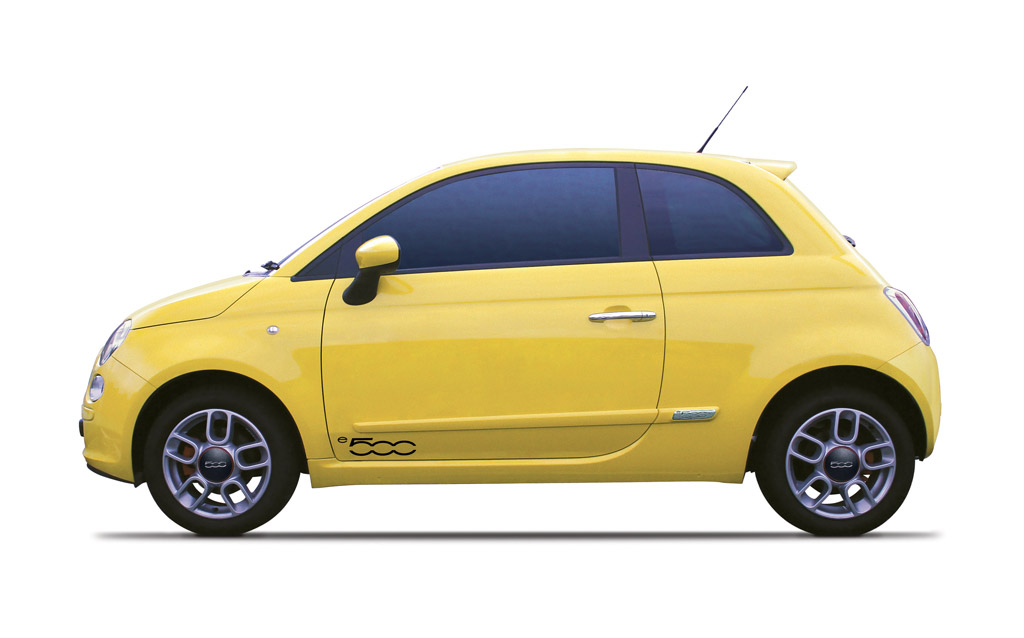 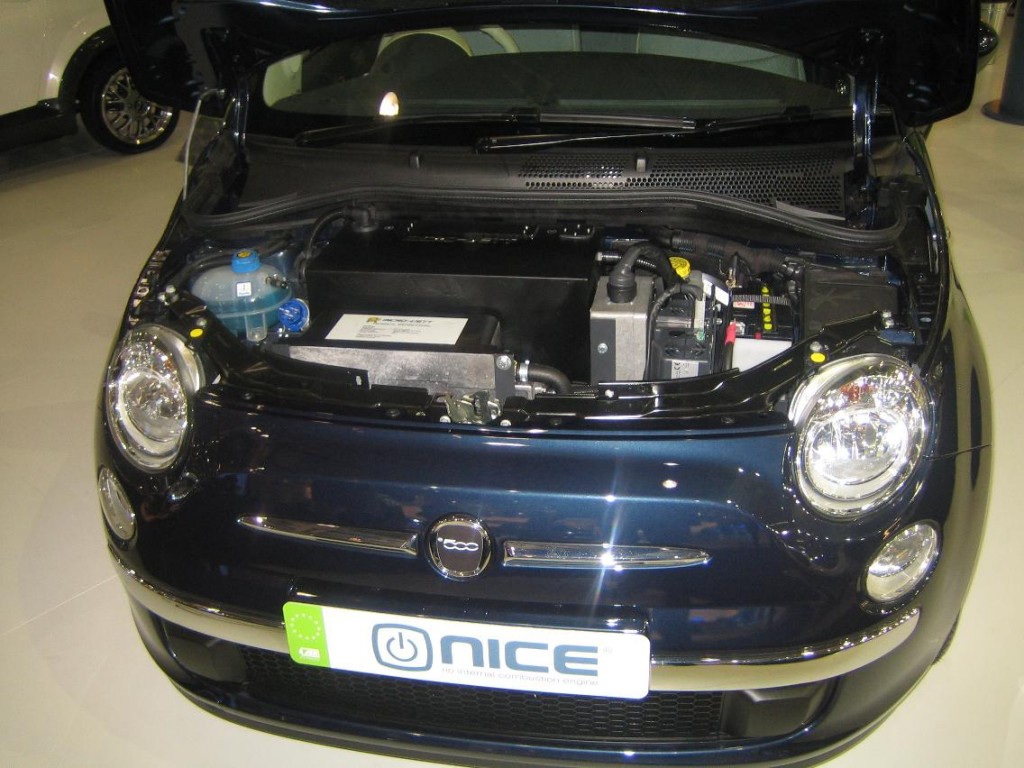 An electric Fiat 500 conversion was shown as far back as July 2008, at the London Motor Show. The Micro-Vett 500 has a 22-kilowatt-hour lithium-ion Kokam battery pack, giving a range of up to 75 miles and a top speed of 60 miles per hour (though probably not at the same time).

That car has since been removed from the sales literature of the NICE Car Company, which was to have sold it in the U.K. NICE stands for "No Internal Combustion Engine". Cute, huh?

Each e500 was to have been built to order in Italy by Micro-Vett, but the pricing was (ahem) steep: £25,000, or about $39,500 for an outright purchase. Considering the global collapse in auto sales since mid-2008, it's easy to imagine it found few buyers at that price.

The electric conversion will join the rest of the Fiat 500 lineup: the standard 500 hatchback, the 500C cabriolet, and the hot-hatch 500 Abarth.  Starting with the 500 hatchback, which goes on sale late next year, the cars will be built at a Chrysler plant in Toluca, Mexico.

The 500's 1.4-liter engine will be built in Dundee, Michigan, starting late next year as well. Building small engines with high fuel efficiency is one of several hurdles Fiat must cross to take an additional ownership stake in Chrysler.

While small by U.S. standards, at 140 inches, the 500 is almost three feet longer than the two-seater 2010 Smart ForTwo. The Fiat 500 has done exceptionally well in Europe, and is widely praised for its style and interior design, as well as its thoroughly modern mechanicals.