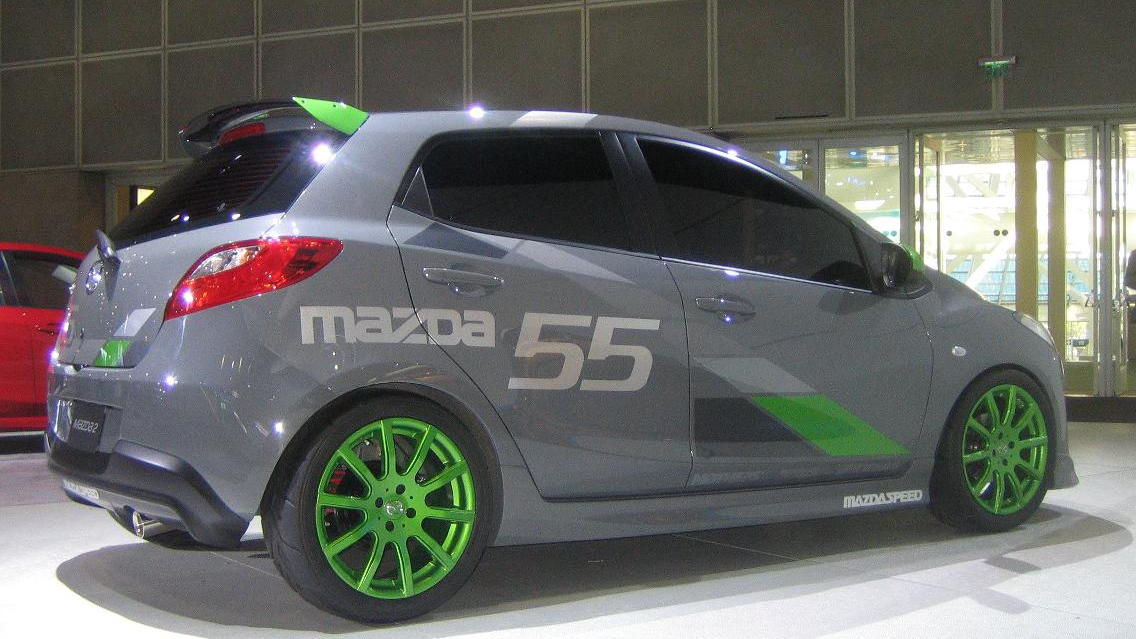 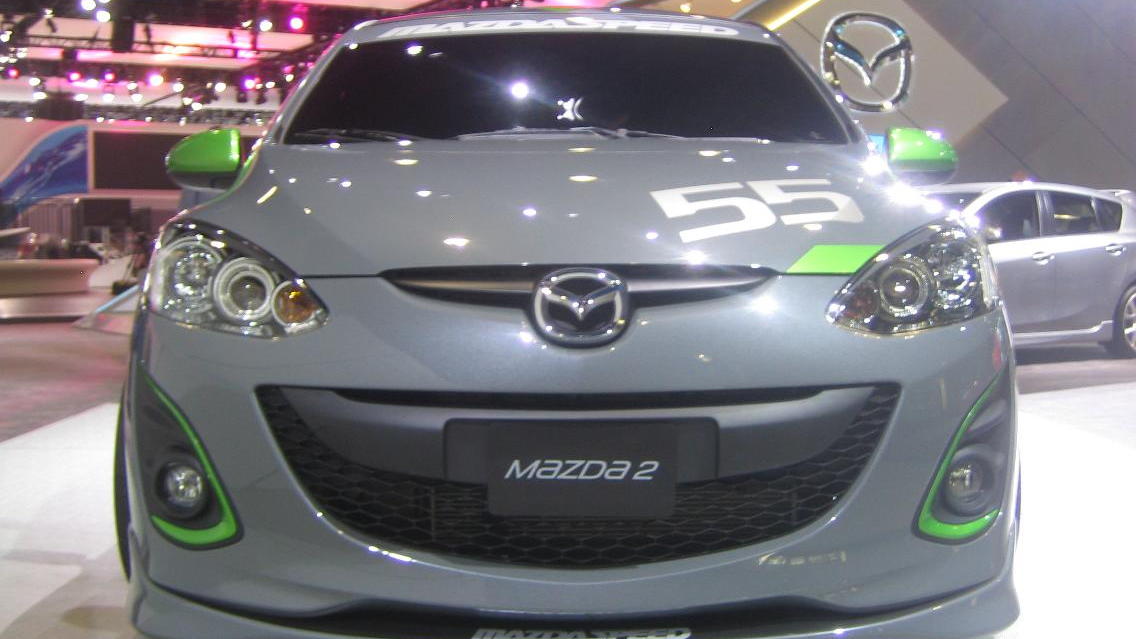 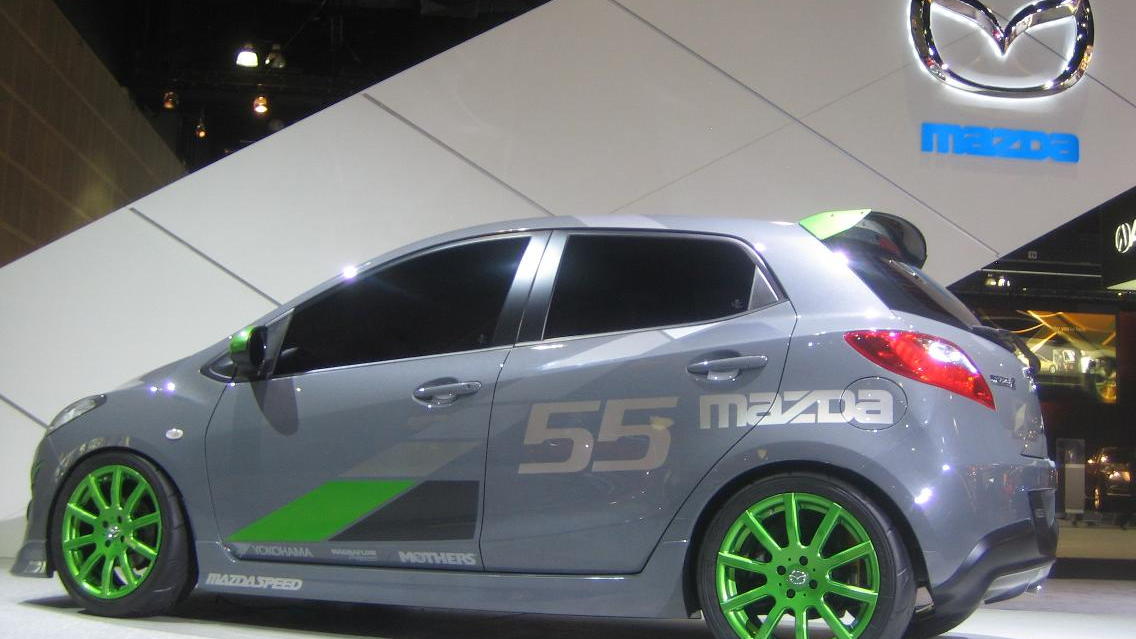 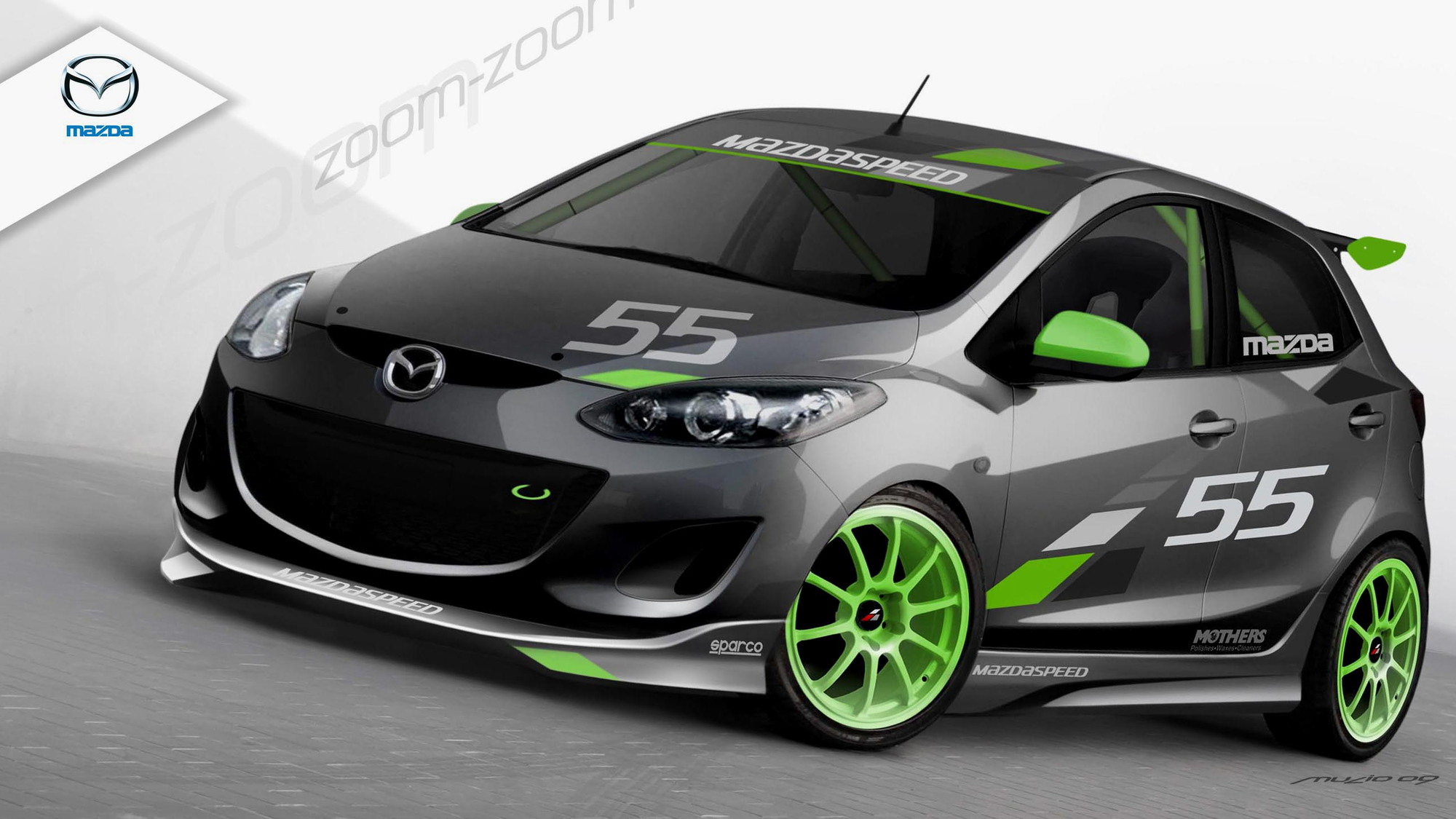 Sometimes the most interesting cars at auto shows are the ones the manufacturers don't talk about.

As expected, Mazda unveiled its new 2011 Mazda2 subcompact at the Los Angeles Auto Show yesterday. The company also showed a couple of concept versions, including one called "Mazda 2Evil" that we really liked.

According to Mazda, it was "inspired by the weekend track car" but is meant to function equally well in "urban commuter" duty. The body has a variety of aero enhancements: an aggressive front spoiler, deeper side rockers, a redesigned upper spoiler, and a lower diffuser.

The suspension has been lowered, and the Mazda 2Evil sports low-profile tires on 17-inch wheels.

The car is painted in a "Ceramic Grey" metallic, with mirrors, wheels, and other accents in "Spirited Green". The number 55 in the graphics is a tribute to the Mazda 787B race car that won the 24 Hours of Le Mans in 1991.

We like the lowered profile, the racy wheels, and the color combination. We were curious about the interior, but unlike its counterpart the 2011 Ford Fiesta, Mazda hasn't settled on an interior.

But we also noticed a couple of "MazdaSpeed" graphics on the body kit, and that got us wondering: What are the chances of a MazdaSpeed2, as a baby brother to the stompin' MazdaSpeed3?

Thus far, it appears that such a baby beast has been rumored for more than two years. And unless we've missed something (please let us know!), thus far there isn't an official factory MazdaSpeed2.

Known elsewhere as the Mazda2 MPS (for Mazda Performance Series), the latest rumors have the car going on sale late this year. The engine was expected to be a turbocharged version of its existing 1.5-litre four, putting out more than 170 horsepower.

But despite lots of blog posts and fervid rumors on Mazda fan sites, there's no official word. Yet.

Which leaves us to wonder if the Mazda 2Evil is a toe in the water, or just a tease. Tell us what you think.