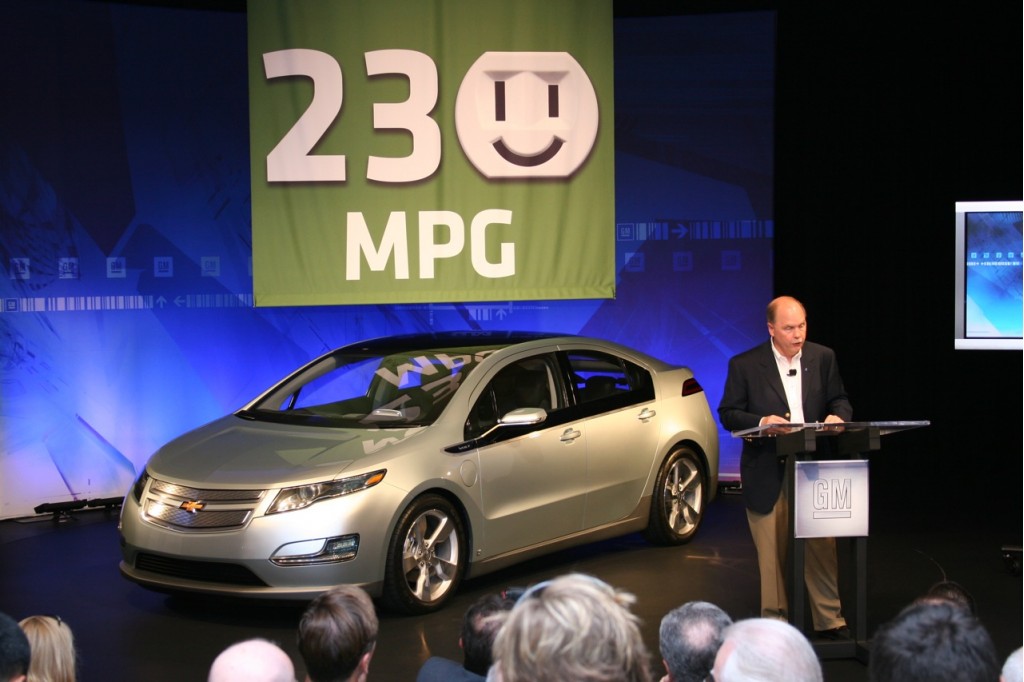 The specifics about the Volt have been trickling out of General Motors little by little and with each burst of knowledge the picture of the Volt starts to become clearer. Given the hype of the Volt one of the biggest questions was what would happen when you used up the 70% of the battery charge (roughly equivalent to 40 miles according to GM). GM had disclosed that there would be an extended operating mode and we finally got some clarification on it last week (more here). Now we can officially answer probably one of the most important questions pertaining to the Volt: How bloody far can I drive the car before I need to do something to make it keep going?

Yes, in an interview with Inside Line, Volt Chief Engineer Andrew Farah confirmed not only the fuel economy that consumers can expect to get, but also the estimated total range of the 2011 Chevrolet Volt. Nothing has changed on the electric front; the Volt is expected to get an average of 40 miles on the advanced lithium-ion battery technology. In real world conditions consumers may get more or less than that 40 miles, but have no fear that is where the extended operating mode comes into play.

Once the battery reaches the 30% depletion zone (the threshold for the switch from pure electric to hybrid electric) the 1.4-liter gasoline engine engages. Now, to say that it takes over is a bit of a stretch; really what happens is the acts as a generator supply enough energy to keep the battery at or slightly above the 30% charge zone and to continue to allow the Volt to propel itself with the electric motors. The generator doesn’t actually recharge the batter, that has to be done by a 120V or 220V current being plugged into the car. So how far can you roam in extended range mode?

According to Farah, the Volt is expected to get 38 mpg in the city in the extended operating mode. If my math is correct, the Volt has an 8-gallon tank and at 38 mpg that should be a total of 300 miles when running in extended operating mode. That gives the 2011 Chevrolet Volt a total driving range of 340 miles. If you ask me this is where the Volt is going to start taking on some water from the critics. AllSmallCars.com will give you our take very soon, so stay tuned for our next infusion of Volt food-for-thought: 2011 Chevrolet Volt: Prime Innovation or Work-In-Progress.